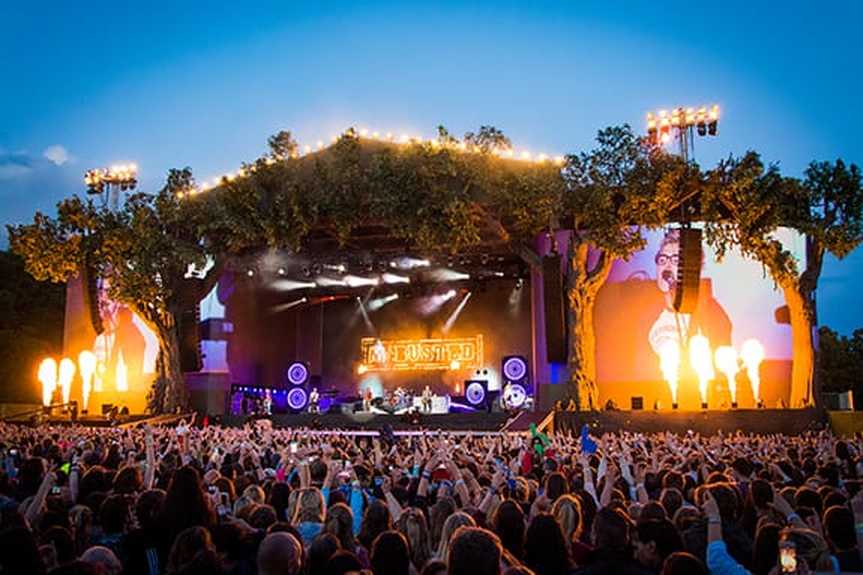 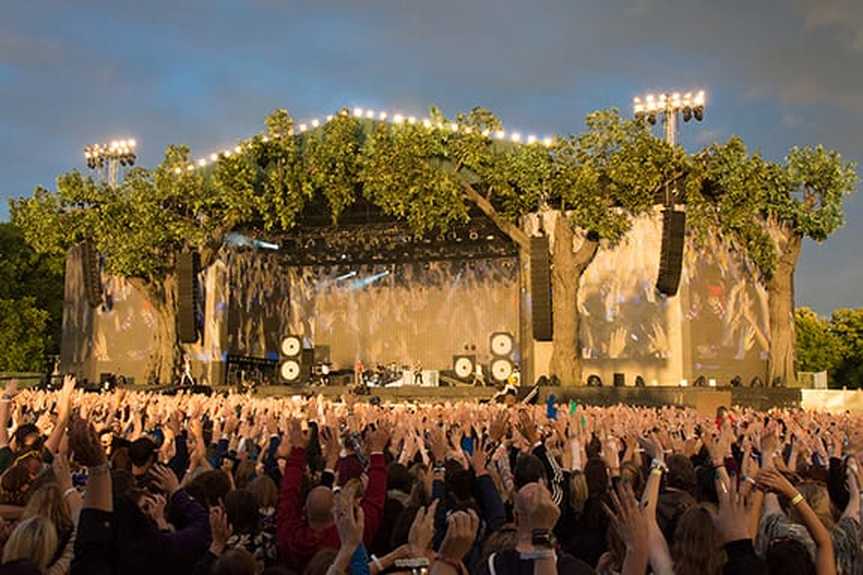 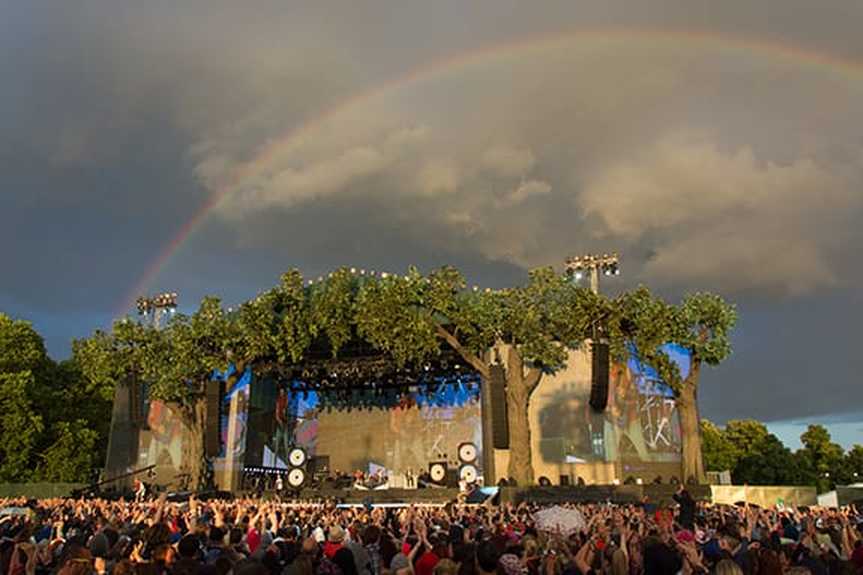 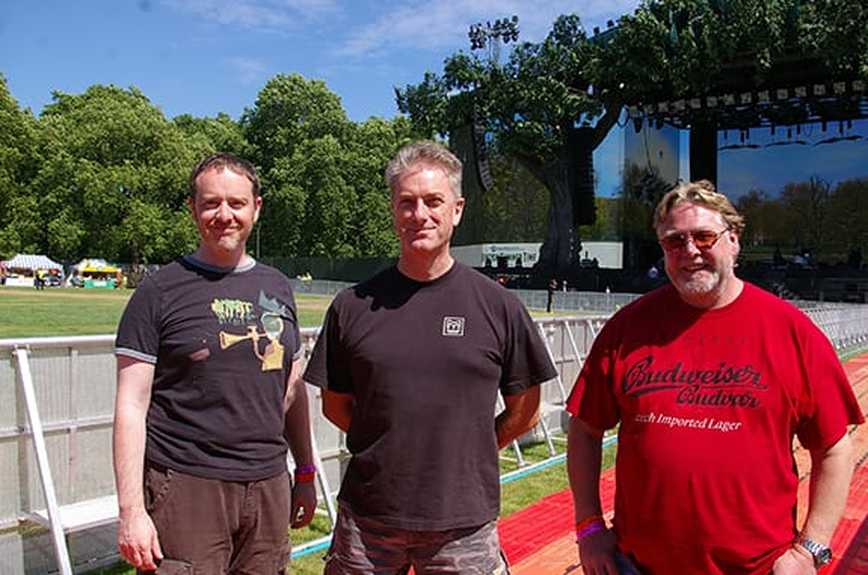 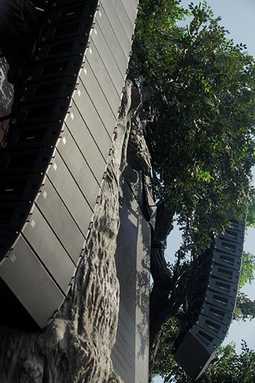 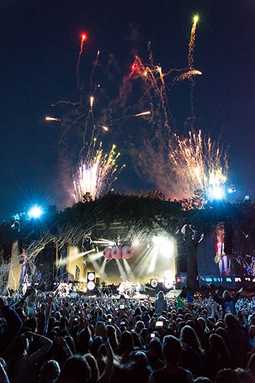 While Capital Sound, again deployed MLA and MLA Compact to guarantee coherent site coverage, Martin Audio's R&D Director, Jason Baird, was determined that new optimisations would enable them to eke out as much as an additional 3dB at front-of-house without increasing offsite pollution.

As a result, 102dB(A) was achieved for McBusted, with 73dB(A) recorded offsite, comfortably within the maximum allowable of 75dB(A), while both Tom Jones (during his more strident numbers) and Black Sabbath nudged 103dB(A).

Baird explained that the journey to accomplish this had begun three months earlier, with the concept tested and proven on the Glastonbury Festival delay rig, the week before.

'We conducted the propagation tests based on what we learnt last time around,' he said. One of the key offsite measurement points identified by both Westminster Council and acoustics specialists, Vanguardia at Hyde Park was on top of flats in Mayfair's nearby Upper Brook Street. 'When I visited the property last year I was able to look at the complete spectrum of the signal,' says Baird. 'You could hear there was only LF and low mid that was contributing to the A-weight measurements and we realised that if we could reduce that frequency band we could have a better differential.'

And so his R&D team set to work on the optimisation routines across the full frequency range to improve the differential between on- and off-site levels without extending latency - and this trial optimization will in time feature in new data firmware. While Baird maintains that testing will remain ongoing he says the success at Glastonbury gave him the confidence to deploy it on additional arrays in Hyde Park including house left side hang and the two delays nearest to Park Lane.

He describes these early tests and the additional increase of around 2-3dB in max FOH levels over the previous year as 'encouraging and significant'.

Capital Sound's Technical Manager and Systems Designer, Ian Colville, confirmed, 'It all worked well and there were no issues with the three arrays we used the new optimisation algorithm on.'

His site design replicated last year's when the stage was reoriented through 30° to point it away from sensitive offsite areas, and included 10 delay towers (in two rings of four plus one ring of two). However, there was one exception. 'We dropped a delay position [in Ring 3] which didn't need to be there because the design of the back of the field changed,' he said.

The three delay rings comprised between seven and nine MLA element hangs (supported by MLD Downfill and MLX subs). Ring 3 featured eight MLA Compacts. These were set at distances from the stage of 90m, 160m and 210 metres (for the MLA Compacts). Distance from FOH to stage was 50 metres.

Capital and Martin Audio deployed a team of technical heavyweights, including Chris Pyne, who handles Martin Audio product support for SE Asia, and has worked closely with Capital since piloting Kylie Minogue's mix in the 1990s; Capital had Dave Roden babysitting consoles, the accomplished Toby Donovan once again acting as system engineer, while Martin Connolly was the account manager.

With FOH engineers no longer worrying about trading offsite noise pollution with audience sound levels, it meant they could really focus on the mix they wanted and at the same time appreciate the musicality of the system.

One visiting sound engineer Chris Madden (working with Little Mix), had nothing but positive comments. 'I used the Martin MLA system about two years ago with Jessie J and I enjoyed it then,' he said. 'But I think it was even better this time. It's a very interesting and remarkable piece of equipment …I didn't EQ it at all at BST and it sounded great.'

Matteo Cifelli, FOH engineer for Tom Jones, who performed on the final Sunday, was equally effusive. 'I was very happy with the results we achieved, the mix immediately sounded just as it was conceived,' he says. 'This is the sign of a good cabinet, and also of a well tuned system.'

'I was very pleased with the purity and musicality of the cabinet. I also appreciated the consistency in frequency response at different levels. The sound image was amongst the best I have ever heard on a large system. Even mixing off centre, I could hear all the reverbs and details of my mix clearly and the presence and sweetness on the vocals was great, in your face and never harsh.'

Jason Baird added, 'What FOH engineers want at festivals is plenty of headroom and not to worry about offsite restrictions. Having reduced the low mid and LF spectrum this year, we've been able to further ensure this, and that means the power, depth and definition of the system can also really shine too.'

And summing up the Festival's success, AEG Live event director, Jim King, confirmed, 'We have been able to achieve further increases in sound levels over and above the significant improvements we already made last year.

'Headliners at Hyde Park are now performing at levels well in excess of 100dB which was unthinkable only two years ago. This has been achieved whilst maintaining even better control at offsite monitoring location and with consistently lower number of complaints from the community.

'Capital and Martin have done an excellent job and the system data and know-how about the site is there for visiting FOH engineers to get the very best levels and sound coverage for their artists.'