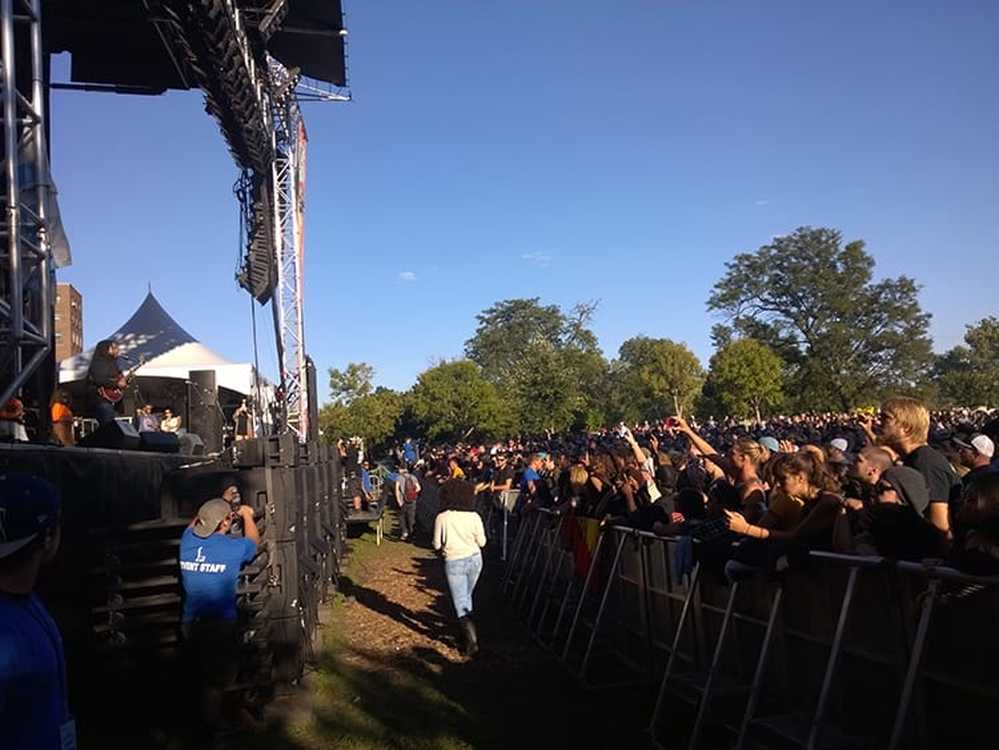 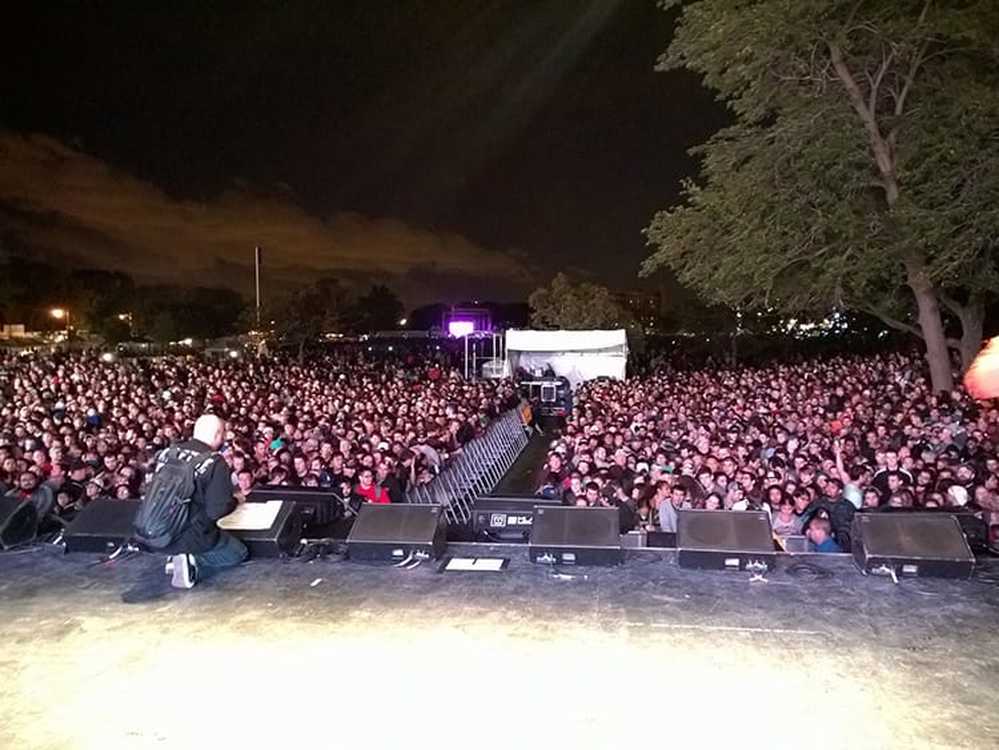 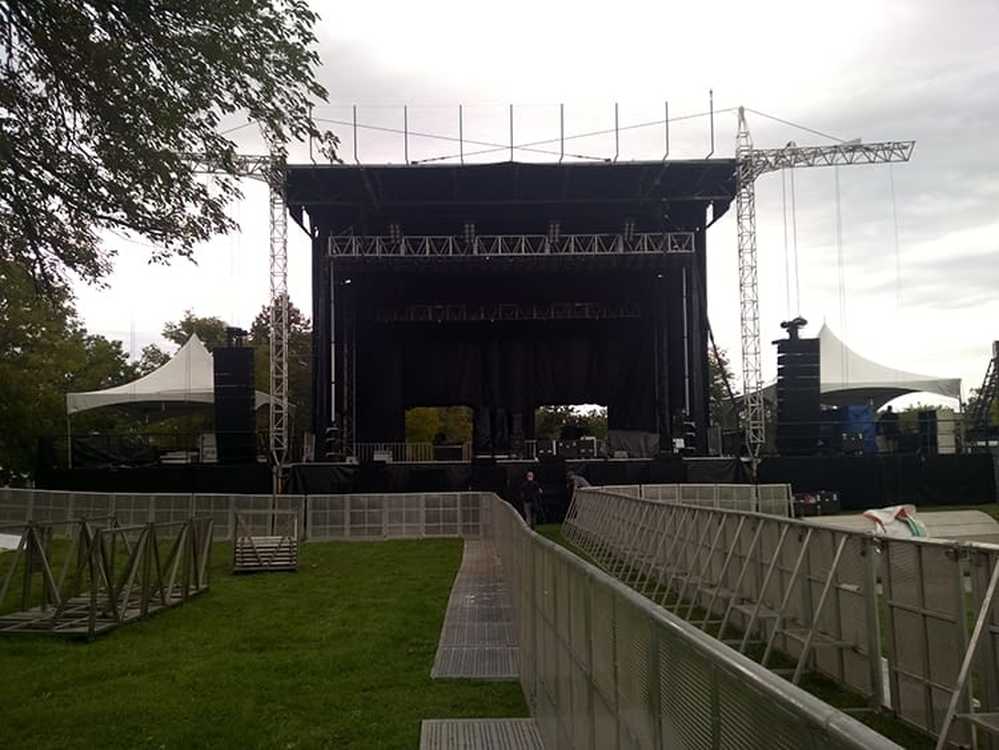 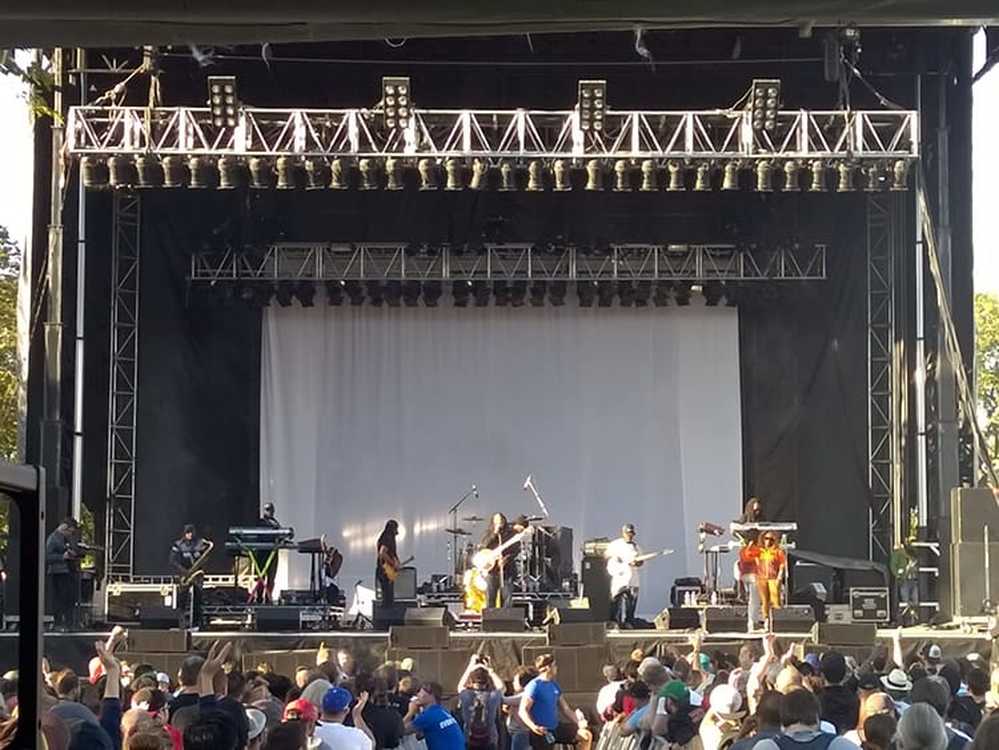 When Riot Fest was moved from Chicago's Humboldt Park to Douglas Park on the Southwest Side of town, the event's organizers were confronted with major push back from two hospitals directly adjoining the site, especially St. Anthony's who tried to shut down the high-energy celebration of rock, punk, hip-hop, reggae and alternative music at the last minute.

Fortunately, the promoters had the option of Chicago-based sound provider Technotrix and their Martin Audio MLA system to control any off-site noise problems from the critically positioned Roots Stage, which faced St. Anthony's to the south and was next to Mt. Sinai on the east.

Brent Bernhardt, Audio Manager for Technotrix, explains, 'A big part of the reason we were chosen was MLA and its exceptional noise control that was key to avoiding any problems with the hospitals. We set up a system with 10 MLA a side and 18 MLX subs ground-stacked in a cardioid configuration in six three-high stacks augmented by an electronic arc delay to fan the sound out even more.

'That way, even though MLA was aimed at St. Anthony's, we could avoid blowback and cut the sound off at the outer limits of the perimeter to dramatically reduce the levels off site. We were also able to decrease the arc stage left to avoid Mt. Sinai.'

The MLA's control also provided definite advantages on site in terms of the other stages. 'We had a stage across from us and were firing directly at each other,' says Brent. 'The Festival Director's plan was to limit all of the stages to a throw of 300 ft. max to avoid problems and we did that as well. But during the day when there weren't a lot of people at the stages, he'd come by and tell people to turn off the top half of their arrays to shorten the throw, which can be a problem with standard arrays because you change the coupling, EQ, tonality and all that stuff.

'With MLA, we could change the distance of the throw electronically without re-rigging the boxes or affecting the tonality, so much so that no one would even notice the difference at FOH. That was a HUGE advantage for us in terms of visiting FOH engineers. It allowed me to cover longer distances for certain artists by creating a new preset that told the system to go further than I wanted but still not bleed over, which the Festival Director thought was amazing.

'In terms of the audio quality,' Brent concludes, 'many guest engineers would walk from FOH to the front of the stage and back the end of the audience area and be amazed how the coverage and tonality didn't change. Even when they'd get close to the stage it wouldn't get super hot or jagged sounding––really smooth from front to back.

'Other stages were doing 14 boxes a side and weren't getting the coverage or throw we had with MLA. Plus they didn't have the option of cardioid arrays because the subs couldn't be processed independently like MLX. The system was a real life-saver for us as it always is when off site noise is a concern.'

Paul Massaro, Festival and Production Director, added: 'It was key to have the MLA with such acute sound limitations within a festival environment. To be able to have control over the high end cut off range was key to our success with our neighbors and competing stages at Douglas Park.'