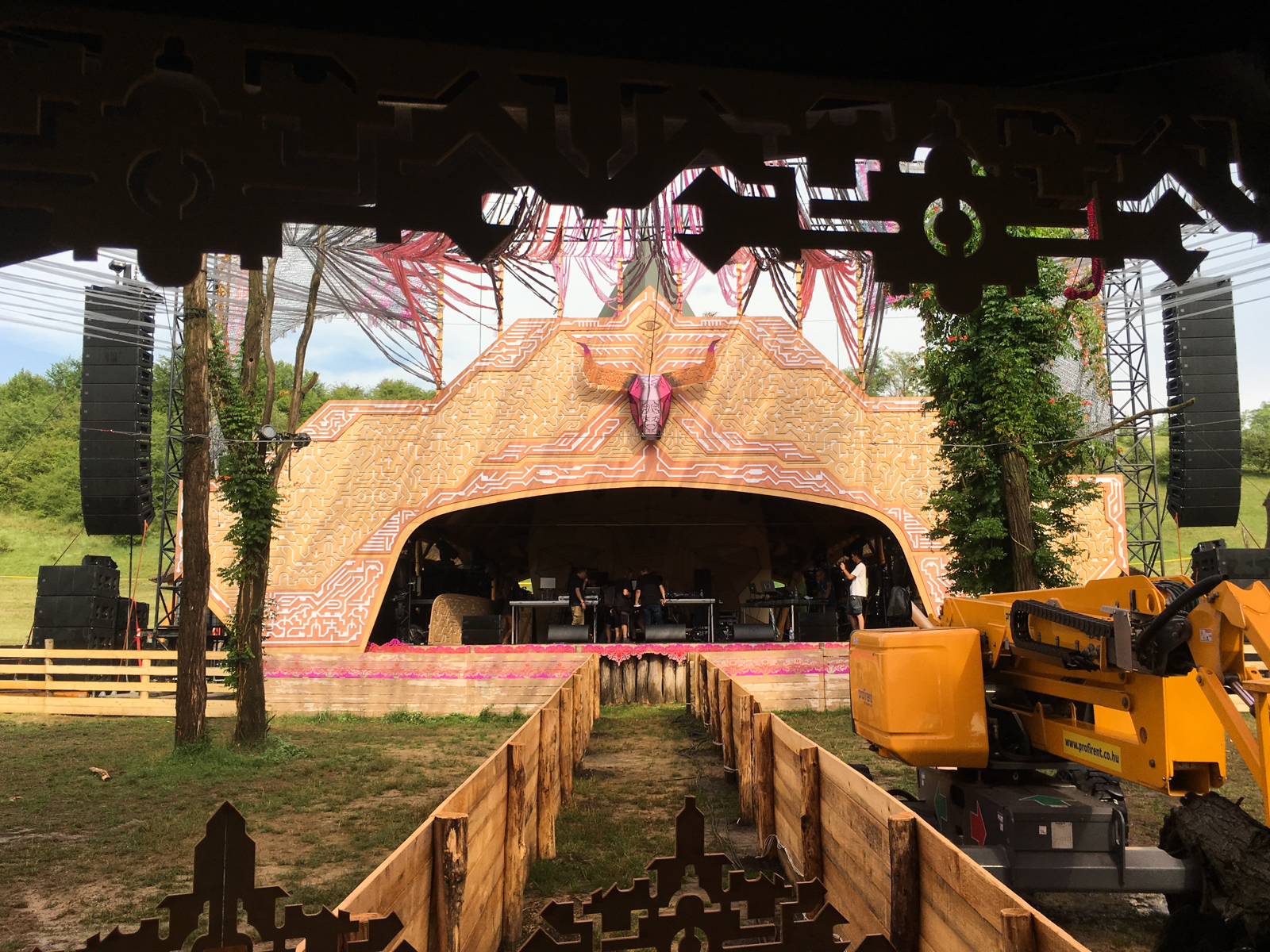 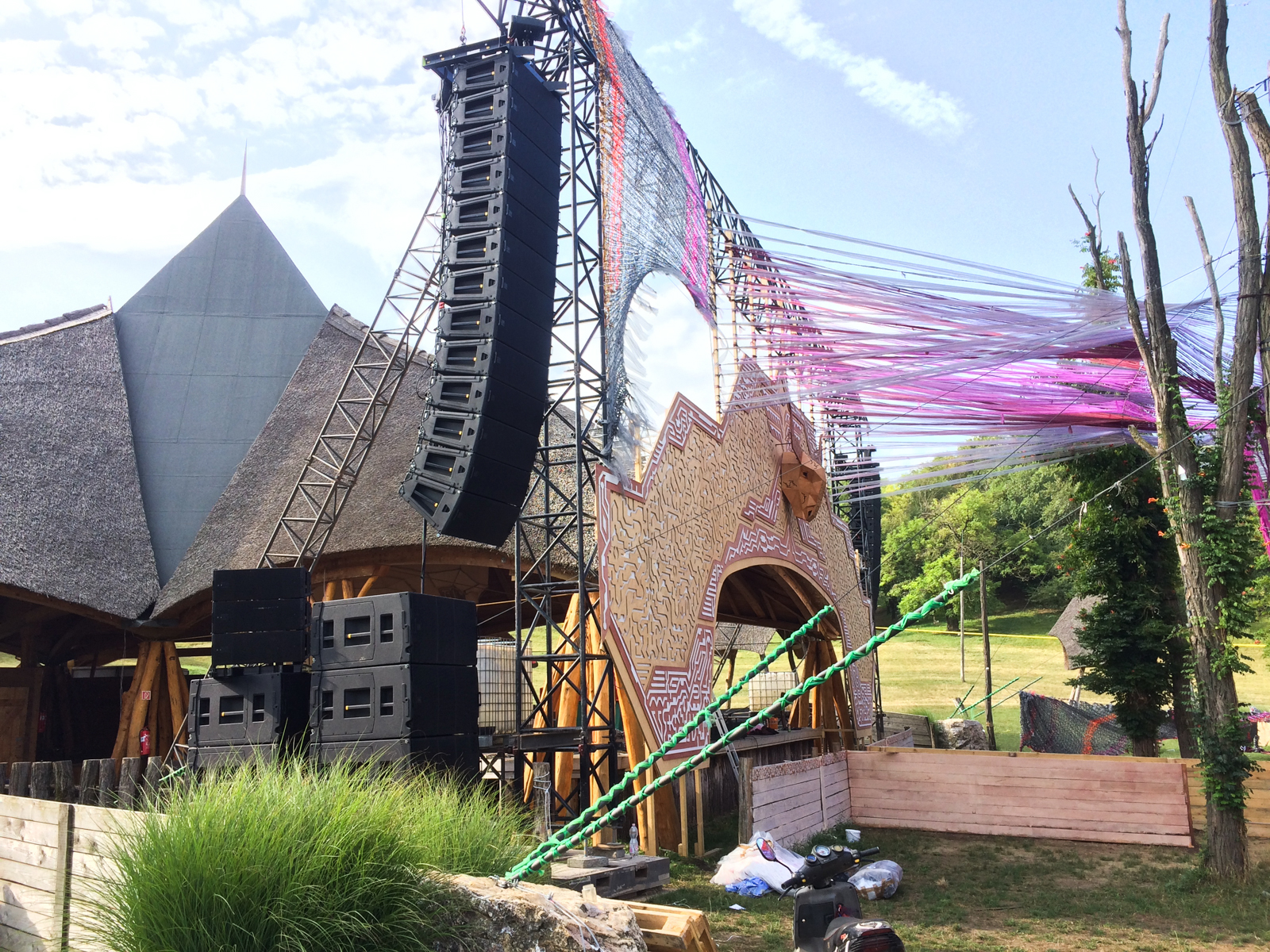 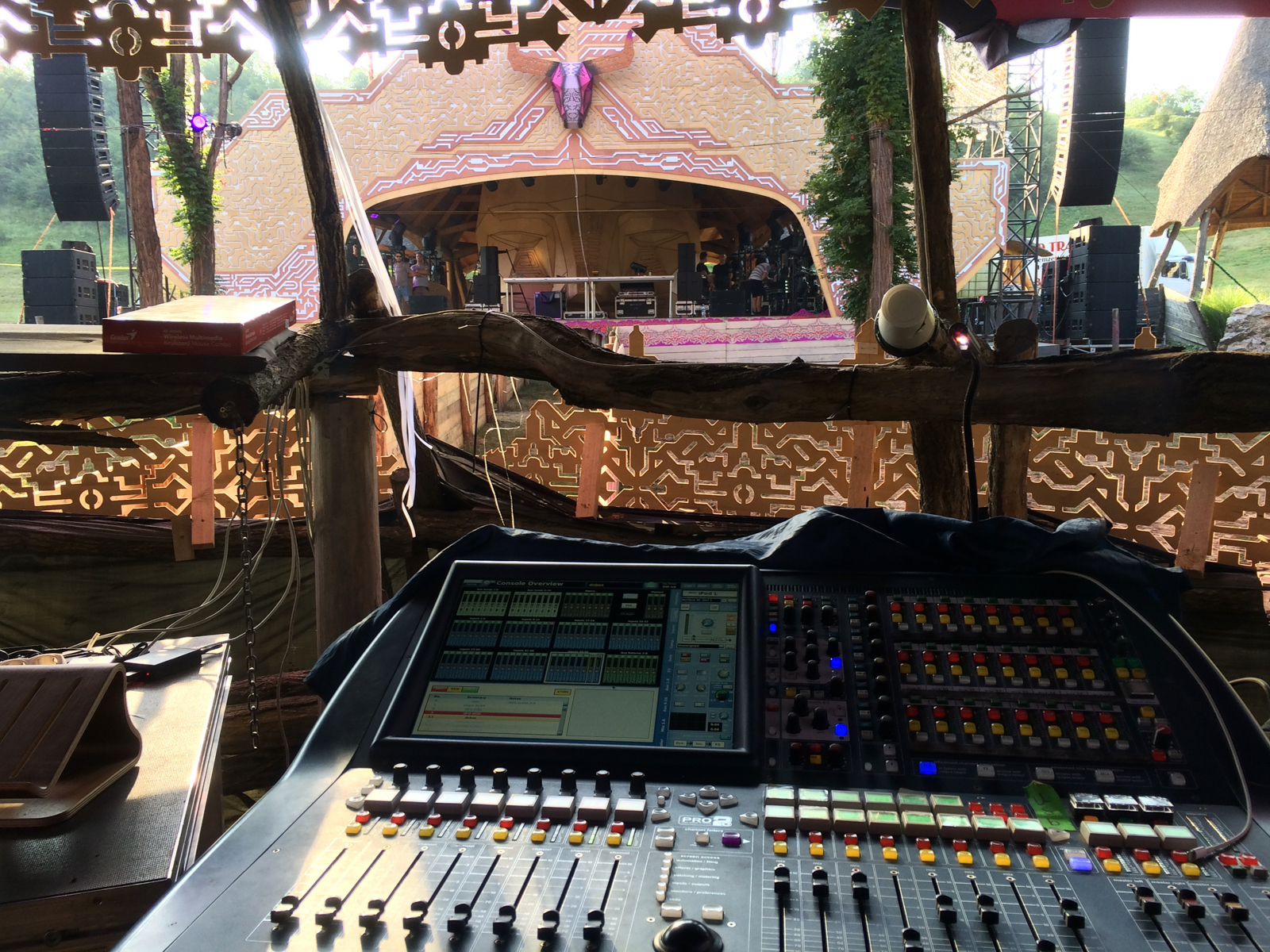 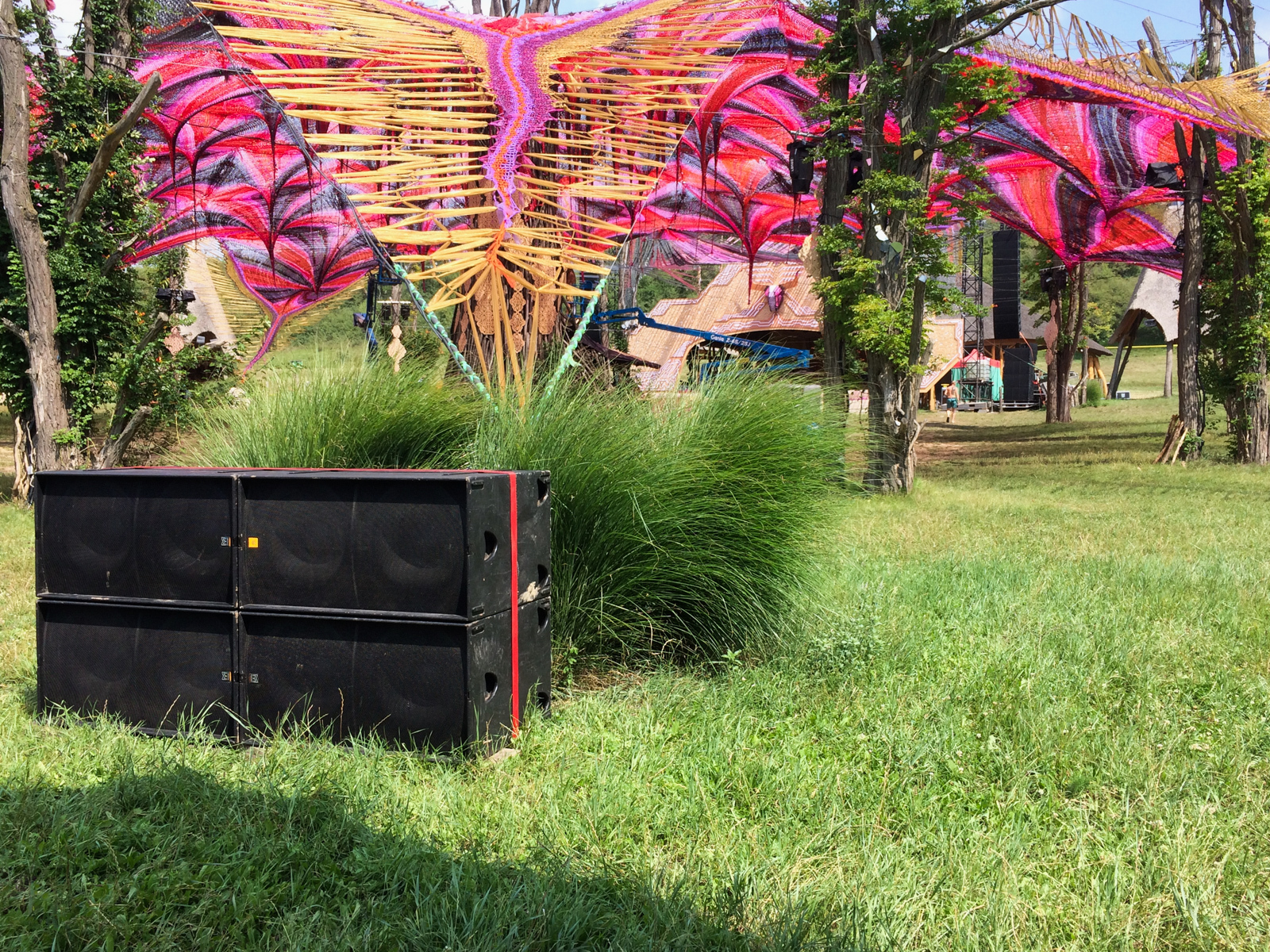 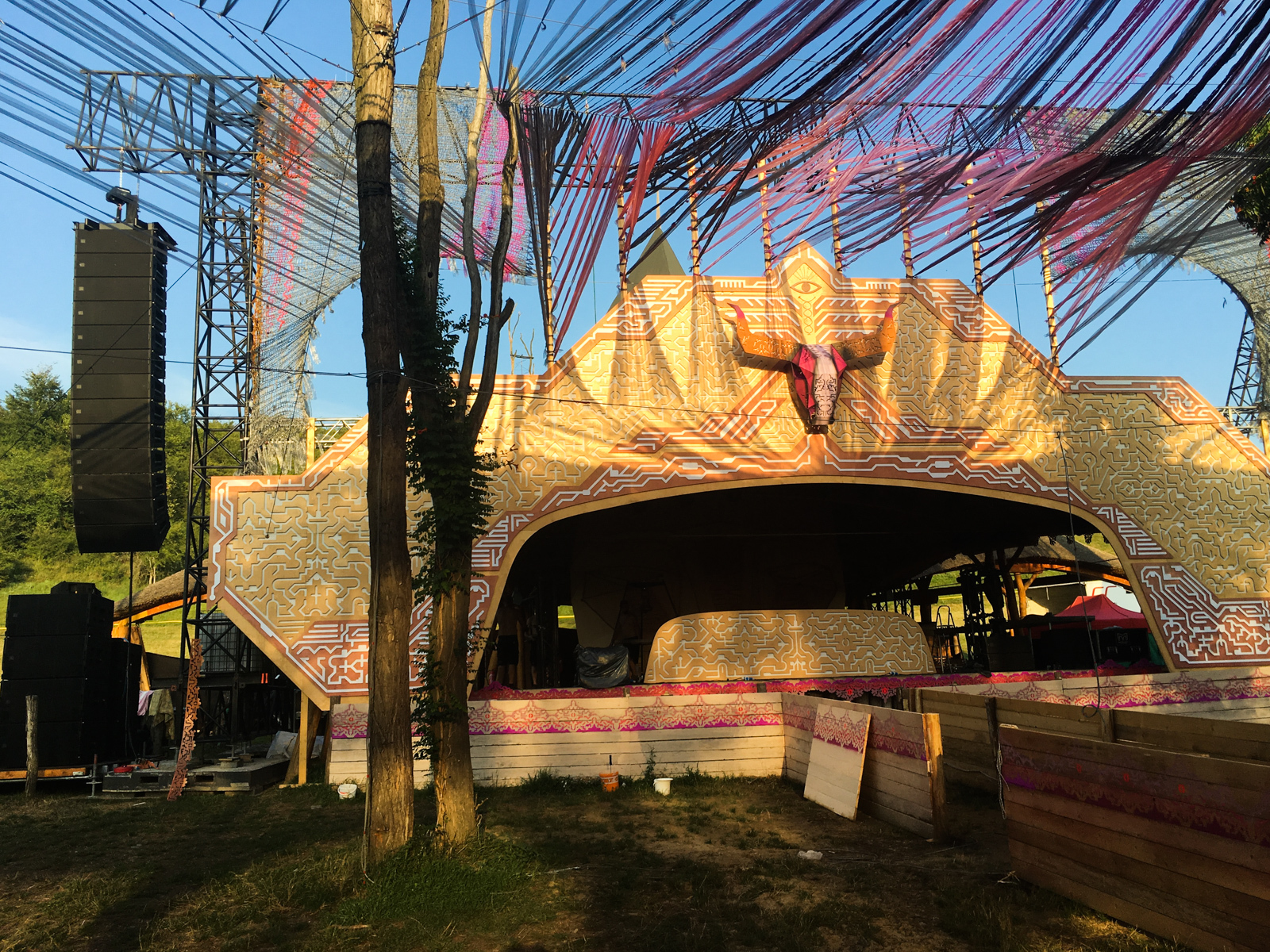 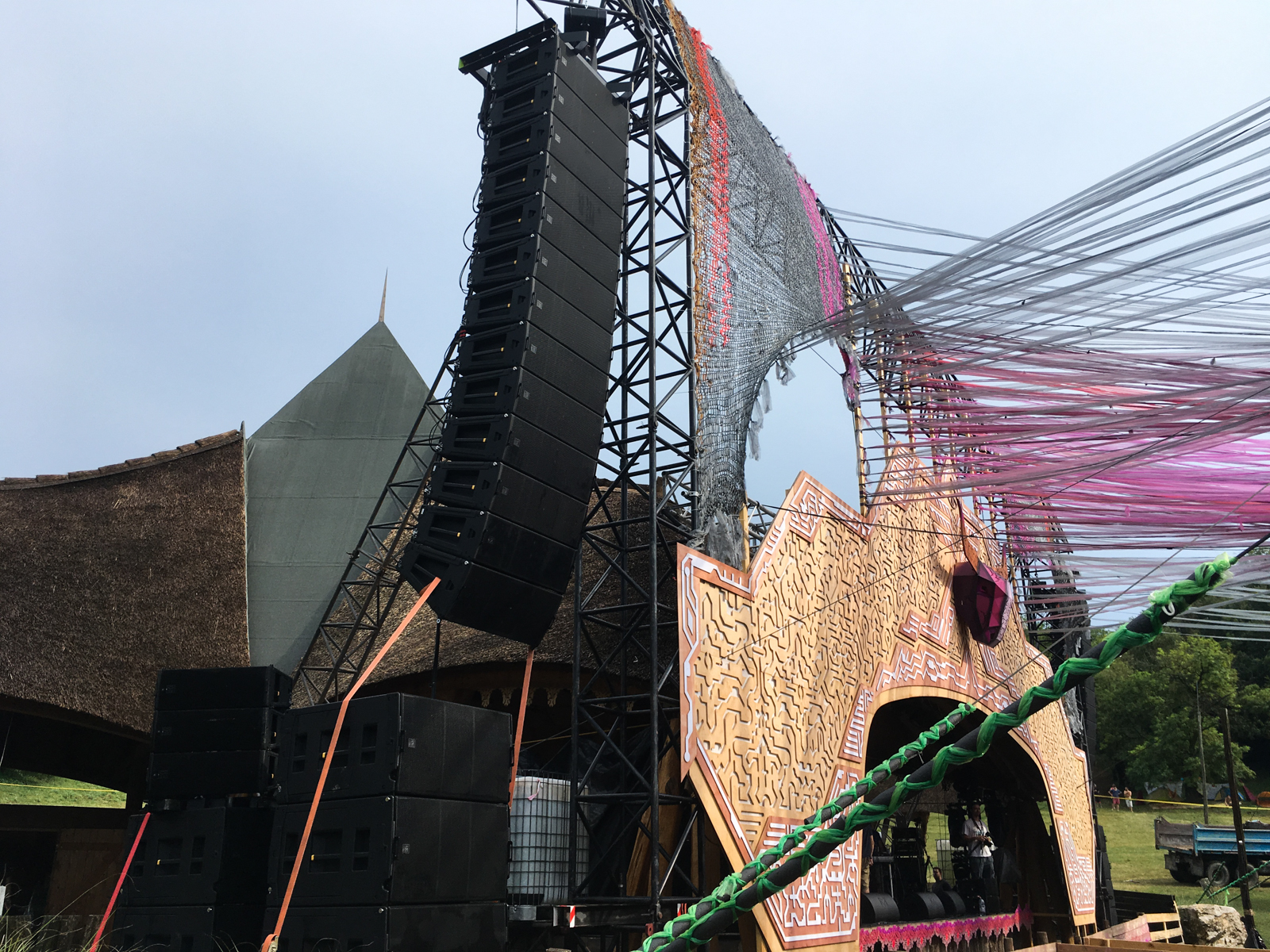 MLA DEBUTS IN FRONT OF 60,000 AT OZORA ‘PSY-TRANCE’ FESTIVAL

Billed as a ‘psychedelic tribal gathering’, the OZORA Festival in Hungary has developed over its 12-year history to become one of the biggest and most influential festivals of its kind in the world.

Martin Audio’s Hungarian partner, BG Event, has increased its involvement over that period, this year providing sound reinforcement for no fewer than five stages of various sizes.

Having used MLA Mini on the Dragon Nest stage for some years, 2018 saw the debut of the full MLA on the main stage, accompanied by BG Event’s fleet of MLX subs.

The Festival itself takes places every year on a private property in the village of Dádpuszta — on a hilly 5-hectare field that is used for grazing sheep other than the period when the ‘gathering’ takes place, and the festival infrastructure comes into play.

The MLA array was stunning in terms of clarity, detail, and volume.

Around 60,000 people take part in this ‘psy-trance’ gathering over the course of the week, and with so many stages in close proximity, the challenge is to ensure the sound from the main stage is contained, and doesn't spread to the others.

Speaking of his choice of loudspeaker, BG Event’s Balázs Szentiványi stated, “The major factor was that the smaller MLA cabinets — as opposed to the W8L Longbow used previously — are less visible and allow the design elements to flourish.In addition to that, for our crew it was much easier and quicker to build up and maintain the system, while at the same time the distance the system needed to cover was over 100 metres.

Thus for main stage BG Event rigged two hangs of 12 MLA elements, with two MLD Downfills per side, two 7-box MLX subwoofer clusters in end-fire configuration, two stacks of four WS218X sub delays at 50 metres from the stage, and a pair of MLA Compact for near fills at the stage edge.

This year saw a new venue at the lake, which the owners had dug out last year. This was called AMBYSS and BG Event fielded four pairs of W8LM on wind-up poles along with two pairs of WS218X subs.

Speaking of the sound design, Szentiványi said, “There was no SPL limit at the main stage as the first residential building is several kilometres away, although we maintained a maximum threshold of 105dB. Our system engineer felt the amount of subs we brought may not have been sufficient, so as a precaution we deployed further WS218X at around 50 metres as delay sound.”

He concluded, “The MLA array was stunning in terms of clarity, detail, and volume, and sound engineers were comfortably able to reach their desired goals with this system setup. Although my colleagues felt the MLX might be fewer than required, in fact they had to pull the limit points back as it was more than comfortable for the audience. As a result, we received some great comments overall, and all sound engineers considered multicellular technology to be a positive step ahead.”

Making sure the event ran smoothly throughout the week were BG Event’s own crew, who designed and set up the system, namely Viktor Mészáros, Gábor Bácskay-Mazsi, and Kristóf Neuverth.