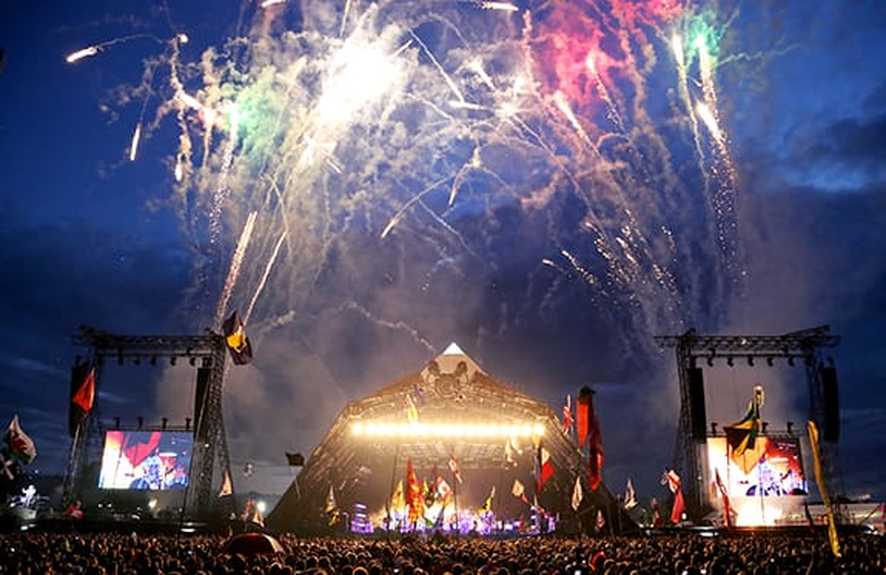 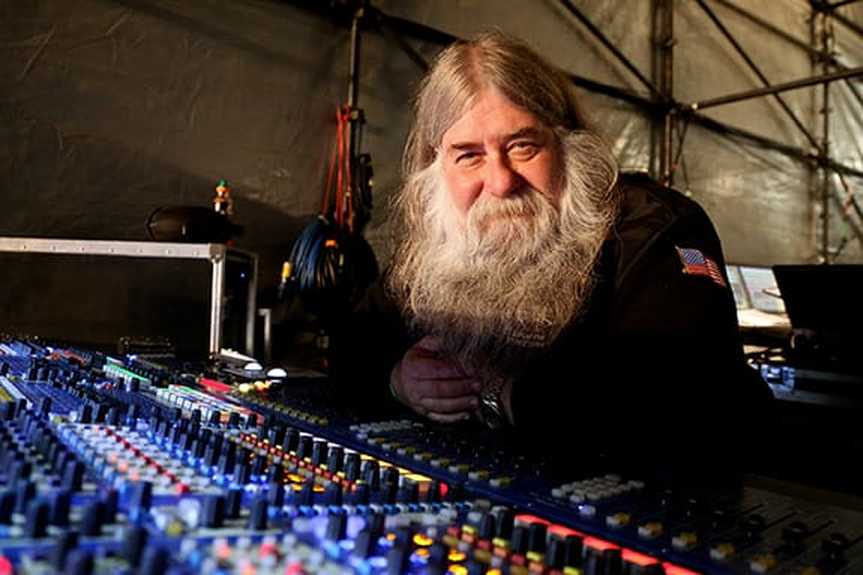 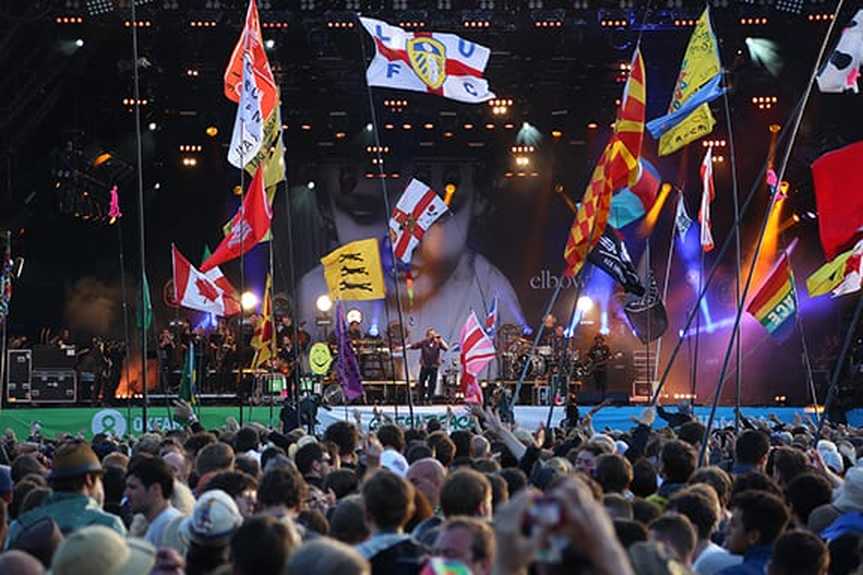 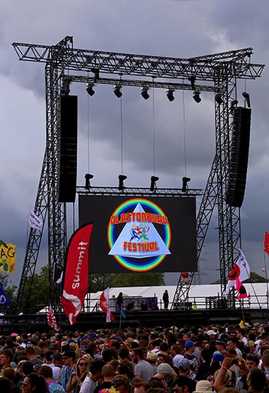 Martin Audio's groundbreaking Multi-Cellular Loudspeaker Array (MLA) system has made Glastonbury history by delivering the highest sound levels to the audience without exceeding noise pollution levels beyond the perimeter.

Making its Glastonbury debut, the system deployed on the Pyramid Stage was impressive in every respect, utilising cabinets from the entire MLA™ range of loudspeakers. This comprised a total of 72 MLA for the main hangs, eight MLA Compact for stereo infill at the pit barrier and four delay positions of 14 MLA each. The latest addition to the range, the MLA Mini, also featured, providing stereo infill behind the FOH control structure and onstage coverage of artists' guest viewing platforms. A massive broadside array of 38 MLX stretched across the entire width of the stage to provide sub-bass support to the entire system.

The company's unique MLA technology enables very fine control of how each array covers its designated audience area. Acoustic cells housed within each cabinet are independently controlled by their own amplifier and DSP channel, a total of six in each MLA. This control allowed RG Jones system engineer Mark Edwards to specify exactly what SPL and frequency response was required across the audience, with the intelligent software automatically controlling the array to produce that result. This amounted to just a 6dB drop off over the 300m long audience area, with incredibly even frequency response.

'We used our proprietary computer software to figure out how to drive each cell in each array to direct sound just at the audience, and then cut it off sharply just beyond the audience to dramatically reduce noise pollution,' says Martin Audio's R&D Director Jason Baird. 'As a result, headliners including Arcade Fire and Metallica could play at 104-105dBA – this is the first time such high levels have been achieved in the history of Glastonbury as noise limits are really strict.'

More than 150,000 fans listened to headline acts Metallica, Arcade Fire, and Kasabian, as well as The 1975, Elbow, Rudimental, Nitin Sawhney, and Dolly Parton, mixed on the MLA system.

Having persuaded the festival production in 2007 that RG Jones Sound Engineering was the right company to run audio services on the Pyramid Stage, Simon Honywill said, 'I have believed that MLA was the right system for the Pyramid since I first heard its extraordinary fidelity and learnt about its unique abilities. Having used it at the past two Glastonbury Abbey shows, it was natural to suggest to Dick Tee and his team that it should take its rightful place on this iconic stage. I think it has more than proved itself here – I spent a considerable amount of time out in the audience and have never heard the field covered so well. And people in the crowd were openly complimentary about the volume and clarity too.'

There was also effervescent praise from the stream of FOH engineers over the weekend.

One of the biggest draws of the weekend was Metallica, engineered by Mick Hughes: 'MLA is a new system to me, a new experience. I was surprised how easy it was to get the mix I wanted out of it. When I first used it I thought 'whoa' there's some serious horsepower here. It just sounded really alive; I wouldn't shy away from using it again.'

One of the most enigmatic performances was from Lana Del Ray, engineered by Max Bisgrove: 'In half a song, I could get out what I needed from the MLA system. Great clarity, great power, it's by far my favourite Glastonbury mixing experience so far.'

Dave McEwan, FOH sound engineer for Nitin Sawhney, remarked: 'Glastonbury was the first time I've used the big MLA, and I'm really impressed - great imaging, 3D, even 4D sound. You can dive in and enjoy, it's another sort of PA! I'm hoping to use this at the Royal Albert Hall for Nitin in September. I love it; it's a great product, a super sounding system, lush and hi-fi, with lots of depth.'

The 1975's engineer, Jamie McLuckie, adds: 'At some festivals you have to tweak the bottom end, but MLA was nice and easy. The system sounded fat, with nice clarity and nice high end too. I couldn't really fault it.'

For John Carroll, MD of RG Jones Sound Engineering, Glastonbury has been the affirmation of what he's known for some time: 'Martin Audio's MLA is the next generation and there's nothing out there to match it. Our continued support from Martin Audio is second to none.'

Summing up, Jason Baird says: 'It was my career highlight back in 2008 working on our very first Glastonbury, but with MLA this year, it's been topped. To see the massive audiences in complete unison front to back enjoying the performances, combined with the constant stream of smiling faces at FOH, it's been the showcase for everything that Martin Audio and MLA stand for.'