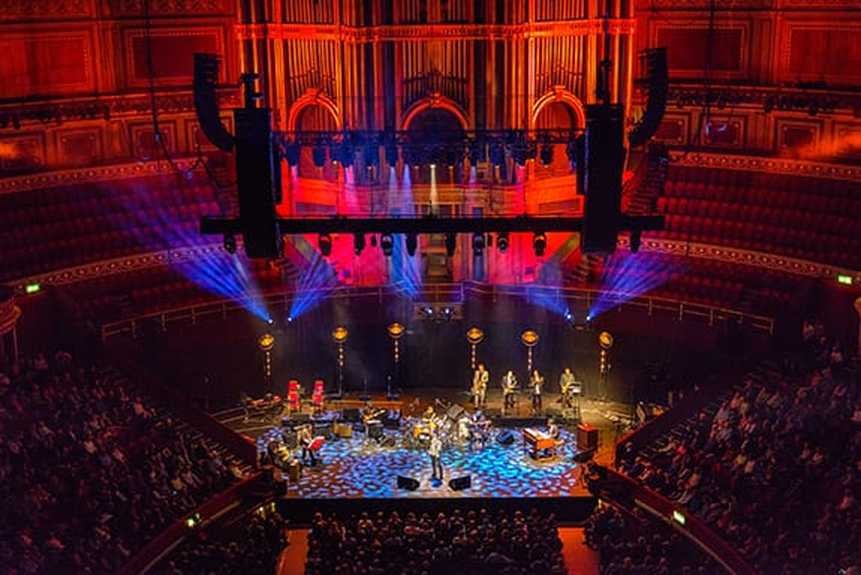 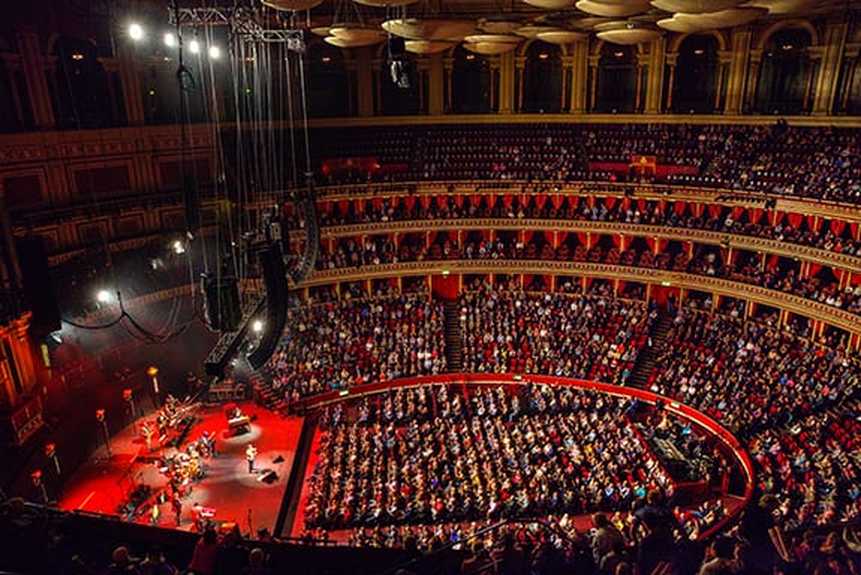 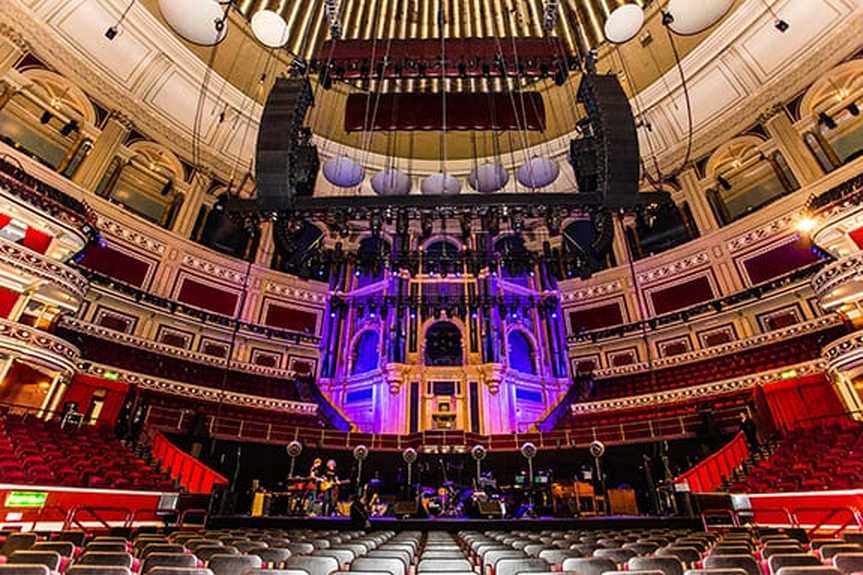 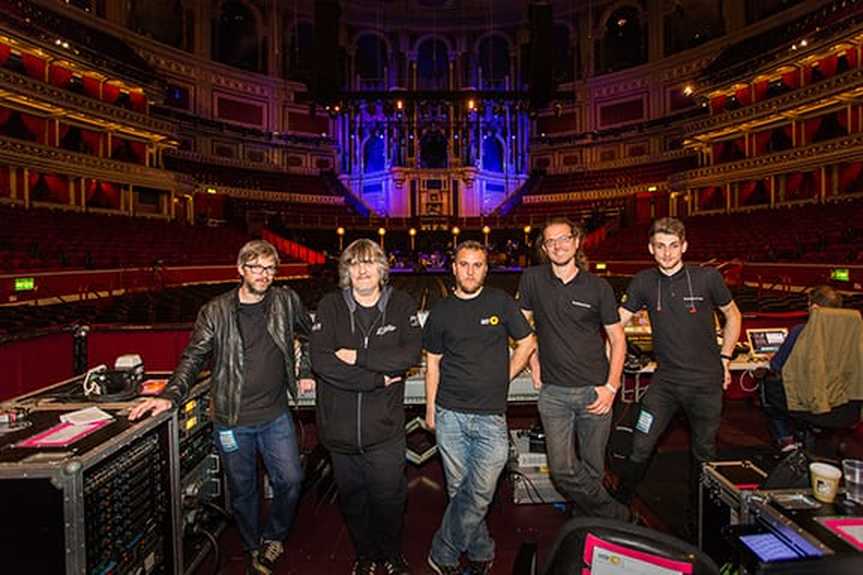 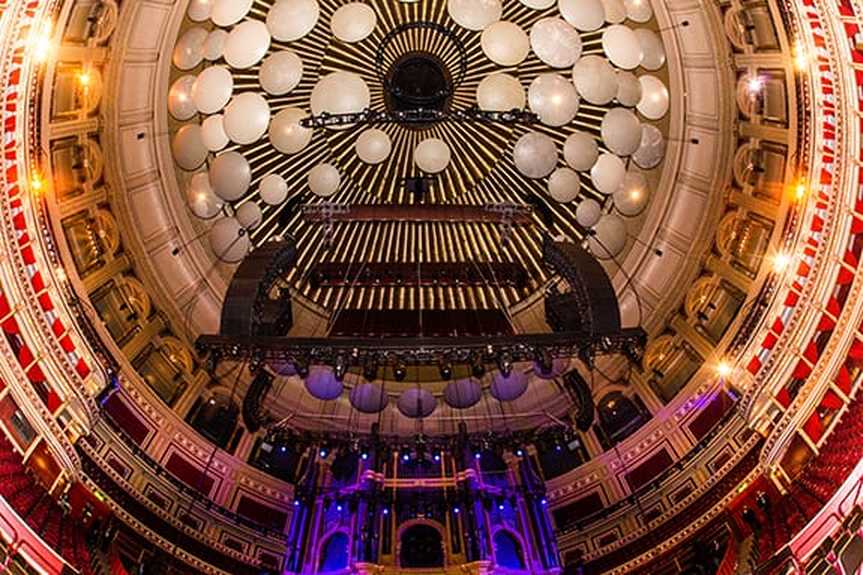 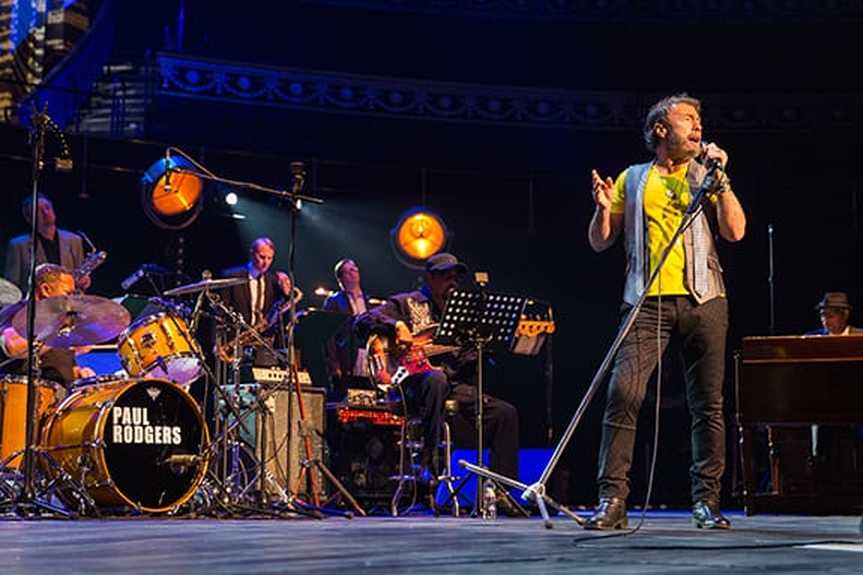 Production company Capital Sound fielded its full MLA system for the first time at the Royal Albert Hall to honour a special one-off performance by Paul Rodgers and his authentic Memphis R&B band; this comprised musicians who had worked on his album The Royal Sessions, recorded at the start of the year.

But Capital went a step further. In order to extract the optimum performance from the 14 MLA enclosures (plus Downfill) that formed the main front facing PA, and 14 MLA Compact (outfills) on either flank of the historically difficult venue, earlier in the week their technical manager Ian Colville had undertaken a site survey and re-evaluation.

He explained, 'As this was our first combined MLA/MLA-C show at the Royal Albert Hall, it seemed a good opportunity to check the architectural data to ensure that we had the most accurate information to enter into the [dedicated Martin Audio] Display 2 software.'

This verification process he says was greatly assisted by drawings of the venue that he had not seen previously, and enabled him to deal with issues such as trim height, interbox angles and uptilt.

There was a lot riding on this show, since the record's producer (and Rodgers' MD) Perry Margouleff, had contacted long-serving sound engineer and tour manager Robert 'Nitebob' Czaykowski to handle the FOH mix.

Fortuitously, the sound man had just come off a 56-date Steely Dan tour which also used Martin Audio's flagship multi-cellular system - courtesy of Jim Risgin at On Stage Audio (OSA). Nitebob had requisitioned this after he attended a demonstration at the Hammerstein Ballroom, Manhattan Center Studios (during the 2012 AES Show) - which had also been attended by Steely Dan's legendary co-founder, Walter Becker. The shows on that occasion were mixed by Mark Dowdle.

Thus at the Royal Albert Hall Nitebob, who has worked with many of the world's leading rock bands in a career dating back to the mid 70s, was surrounded by a crack sound reinforcement team headed by crew chief Harm Schopman. Babysitting at front of house (and mixing support artiste Deborah Bonham) was Giles Woodhead, while Toby Donovan was system engineer, Marty Beath mixed monitors and Sam Cunningham was PA and stage tech.

Stated Czaykowski, 'I have a long history of using Martin Audio systems going back to the legendary 212 bass bins, Philishaves and F2 days, and have been a Martin fan forever. As a man that goes back to WEM columns and Voice of the Theatre system I was thrilled when I heard Martin Audio had made a quantum leap above everyone else - and really wanted to hear this new MLA system.

'What I miss most is the moving of air and certain things that happen with the horn-loaded stuff and so I was immediately impressed with it and the level of controllability it offered.'

Margouleff, who he describes as 'an old friend', got Nitebob involved in three one-off dates in the States (including a radio show) using the house rigs before the decision needed to be made about the Royal Albert Hall system. 'It came down to a choice of two and since it was such a special gig, at venue that is traditionally not an easy venue for covert sound, we opted for Martin Audio,' he said.

'I had seen the superior coverage it provided and the way you could tailor the PA to the different rooms, particularly where you want to lose bounce off a hard back wall.'

Emails quickly exchanged between Jim [Risgin] and Paul Timmins. 'I had all the trust in working with the Capital guys, and knew of Toby [Donovan's] reputation,' continued Nitebob. After brief production rehearsals at Sensible Music they were ready to go, with Sensible chief Jeff Allen fulfilling the role of production manager.

Donovan himself said he had largely concentrated on eliminating slapback from the stage, applying hard avoid settings in the Display 2 software accordingly.

But while MLA had shown its proven ability to deliver consistent coverage right to the upper tribunes, Ian Colville and Paul Timmins also know precisely how to balance coverage for the audience in the critical stage and nearfield areas. 'The stack and fill package is part of our standard design,' says Colville.

As production was using the house lighting rig, a central cardioid sub array was eschewed in favour of three front-firing MLX subwoofers, flown behind the MLA rig. The fill package Colville referred to included two MLX subs on stage with Martin Audio W2 fills, while out wide on each flank another potential 'hole' in the coverage was provided by a Martin Audio XD15 atop a WS218X sub to draw the image down and compensate for the 10-metre trim height of the PA.

The band itself rocked through a two-hour set, and comprised musicians who had played on many original R&B Stax hits dating back to the 1960s; it was good to hear classic Wurlitzer and Hammond B3 organs, as well as horn and string sections, through the MLA system on an analogue XL4 desk.

Nitebob certainly brought out the deep funk and timbre in Paul Rodgers' soulful voice. 'I wanted to achieve even coverage, so that no matter where they were in the hall the audience would enjoy the experience,' he concluded. 'And we most certainly achieved that.'