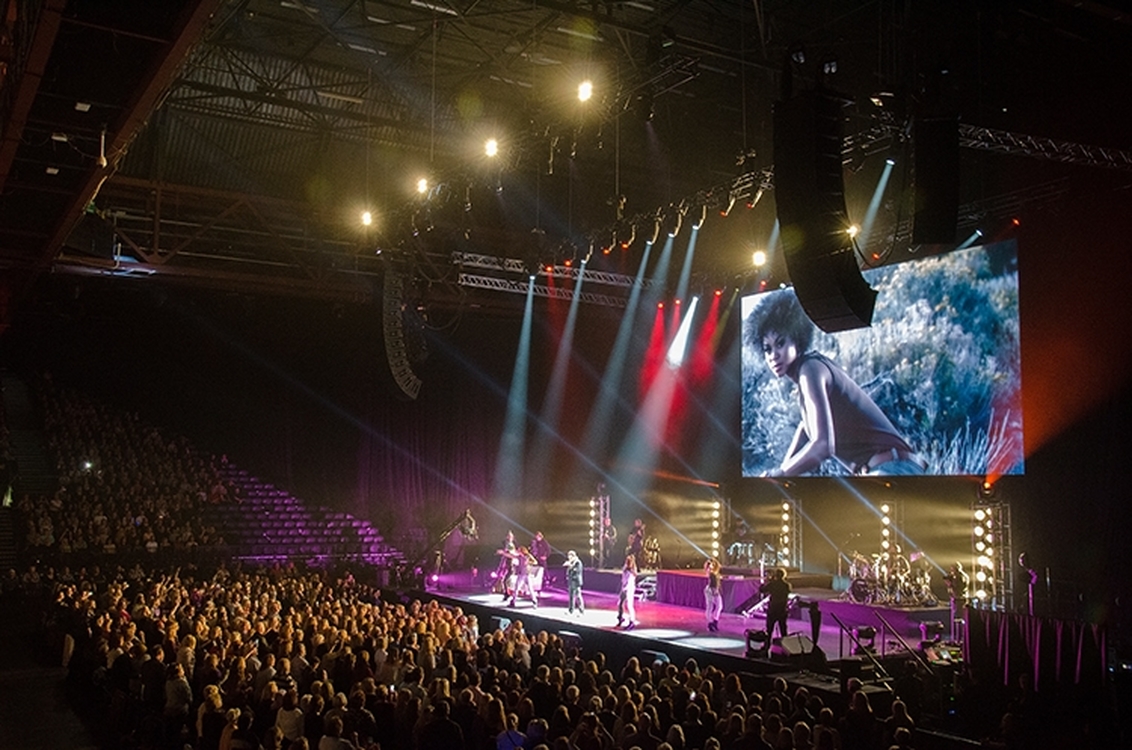 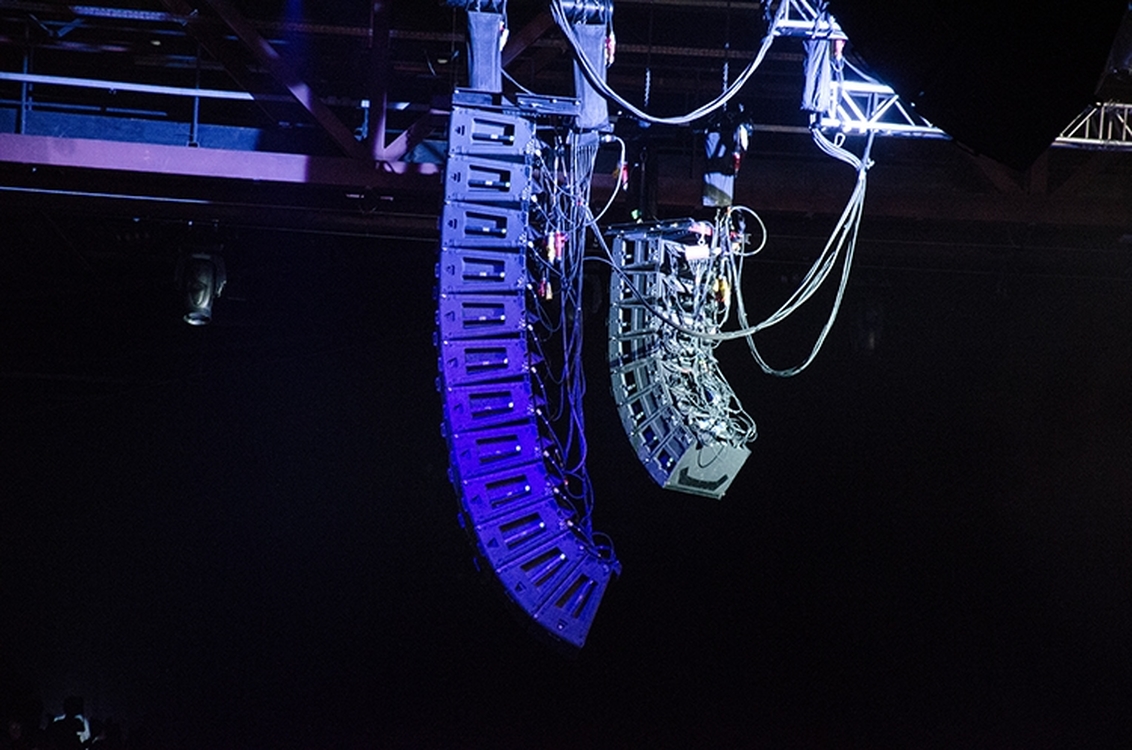 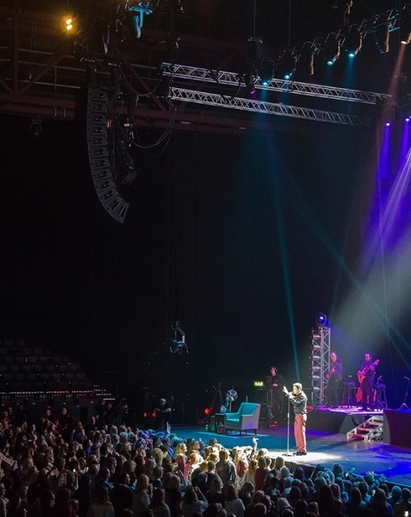 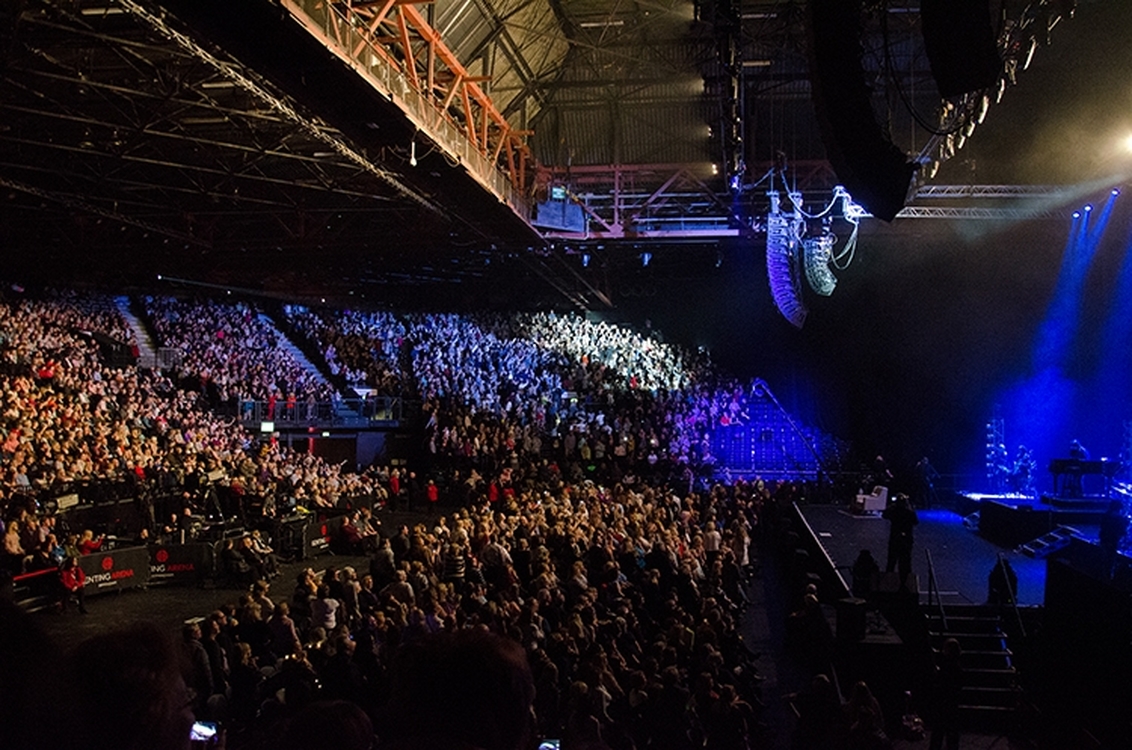 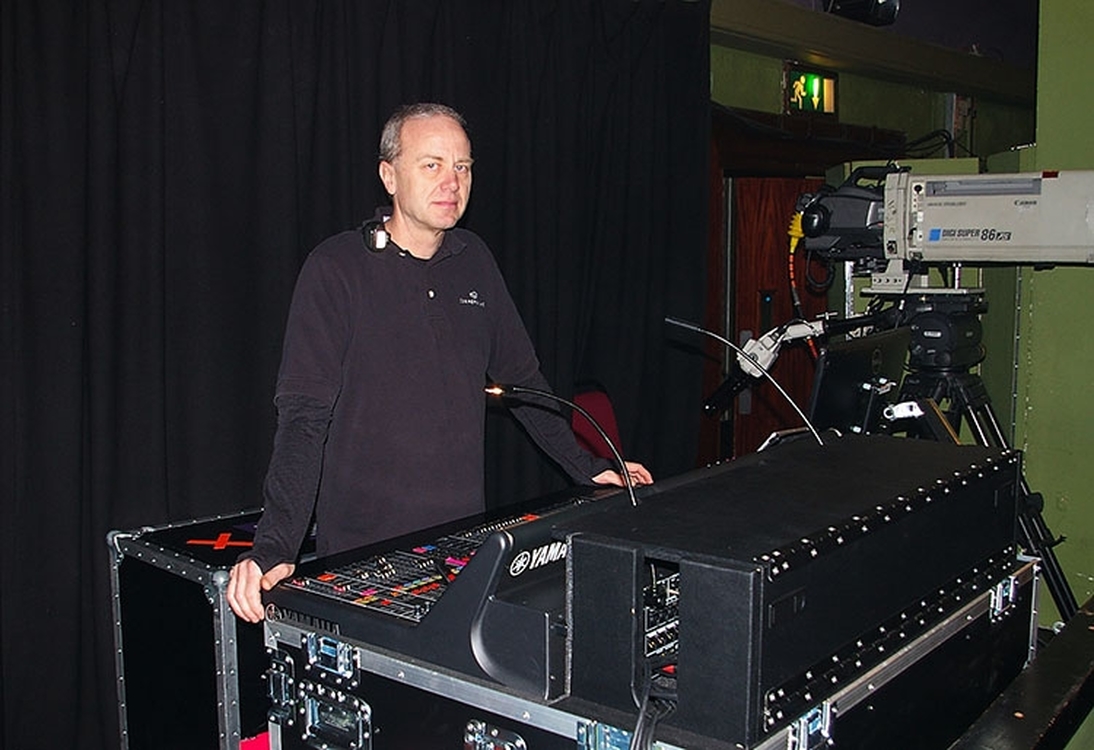 Donny Osmond's recent Soundtrack of My Life arena tour has given the entertainment icon not only a chance to promote the album of the same name (his 60th), but also take a trip down memory lane to cover five decades of material.

The fact that Donny-mania is still alive and well can be measured by the constant screaming of fans, drowning out the mainly arena auditoria, which in normal circumstances would threaten to envelop the sound from the stage.

In the case of Martin Audio's award-winning MLA, Osmond's tour manager (and FOH engineer) Chris Acton found so much headroom under the bonnet that this never became an issue.

Capital Sound, who supplied the rig, first worked with Acton on Donny & Marie's tour of the United Kingdom two years ago.  Introduced by UK event production company, LarMac LIVE, the relationship has blossomed - and Acton was highly-appreciative both of the pedigree of the sound crew, and the sonic ordnance they had supplied.

Although more familiar with other PA systems, he became an instant convert to Martin Audio's multi-cellular array technology, which was used in all bar the Eventim Apollo (the only theatre on the itinerary) where the house rig was deployed.

Elsewhere, production typically fielded 12 MLA elements plus two MLD Downfill per side and four MLX subwoofers per side all forward facing, with hangs of 12 x MLA Compact per side for outfills and eight DD12 for front fill coverage.

'I can honestly say that the Martin Audio system has a brighter, smoother high end, more powerful low end than what I am used to, and puts the vocal right in my face,' Acton observed. 'MLA proved to be an excellent recommendation. It's powerful and dynamic when it needs to be - such as in the rock classic Crazy Horses - but at the same time allows me a good deal of finesse, when run quieter.

'We have needed a lot of SPL to get over the screaming fans - and MLA has done it with ease and grace. The PA is like driving a sports car, requiring just subtle EQ.'

A long serving member of the Osmonds' community, the sound engineer had replaced regular sound man Lucas 'Rico Corrubia following the latter's illness. And he readily pays tribute to 'the world class team behind me'. He explains, 'When I walk in, the PA is already tuned the way I like it, and all I have to do is push some faders.'

Capital have done their due diligence to ensure each room is measured correctly. Aside from recommending MLA from the brands that they could have presented [account manager] Martin Connolly also upgraded our Yamaha desk to a CL5 when we realized we needed 61 input channels.'

The sound engineer also credited Robin Conway for putting together a five-page Dante bible. 'I have used Dante a lot on my corporate events but it's the first time I've toured with a full Dante [distribution system] with everything on the same network - and it's been a wild success.'

And far from applying pre-existing room presets at each venue, the changing stage heights positions and trim heights has caused Tony Donovan to take new measurements and in may cases react on the fly.

'He is making modifications in the [DISPLAY] software as we go along so that I am always in the same environment as I was in the soundcheck even though humidity changes as the place fills up,' Chris Acton continues. And with the artist spending so much time in front of the PA, moving rapidly across to the side bleachers, and out into the house to glad hand fans, he has needed to remain alert.

'With this high degree of audience participation we are constantly kept on our toes so I may suddenly need to refer to Smaart [analysis software], or dive onto a Lake processor,' notes Donovan.

But ultimately, says the FOH engineer, the fans expect to hear the music they grew up with exactly as it should sound. 'And MLA certainly delivers on that.'

'Vocally, I wanted the PA I chose to be able to throw to the back of the arena, to provide the thump and bass that my artist would want and achieve the clarity through the mid and high - so I knew I was asking a lot of this system. Not only does it deliver that, but we get plenty of SPL without really touching the PA … there is headroom for days.

'In fact there's 10-12K here that I'm just not used to hearing and the definition in the high end at 125 feet back is amazing as is the clarity in the extreme highs. This HF can't be discounted when you pitch as high as Donny Osmond.'

In conclusion Chris Acton states, 'We jumped into MLA feet first and it's been a perfect solution. I can't imagine better … and I know this PA has kept Donny more than happy.'