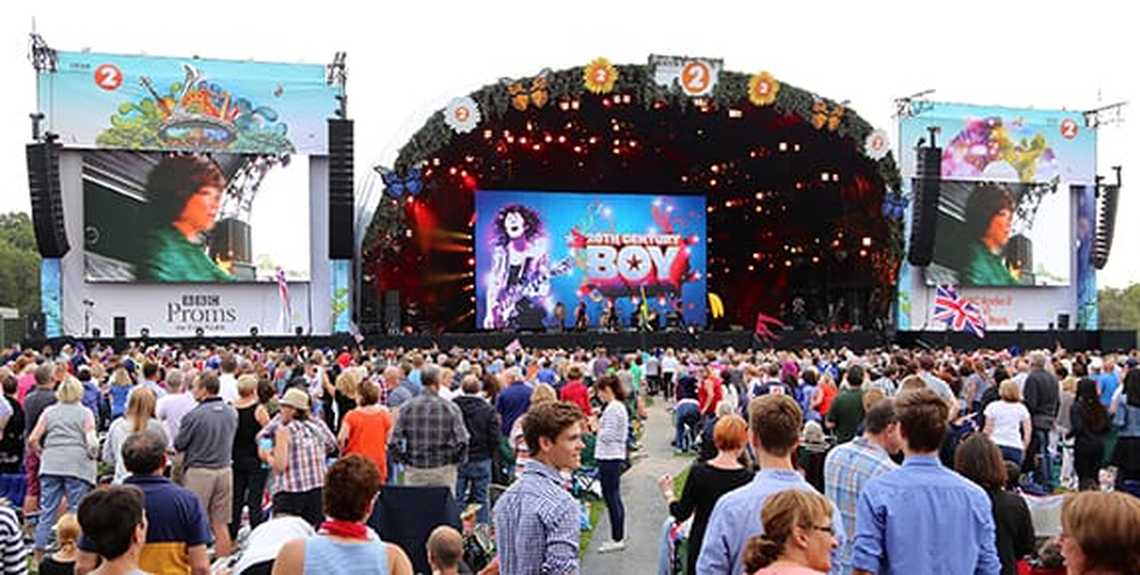 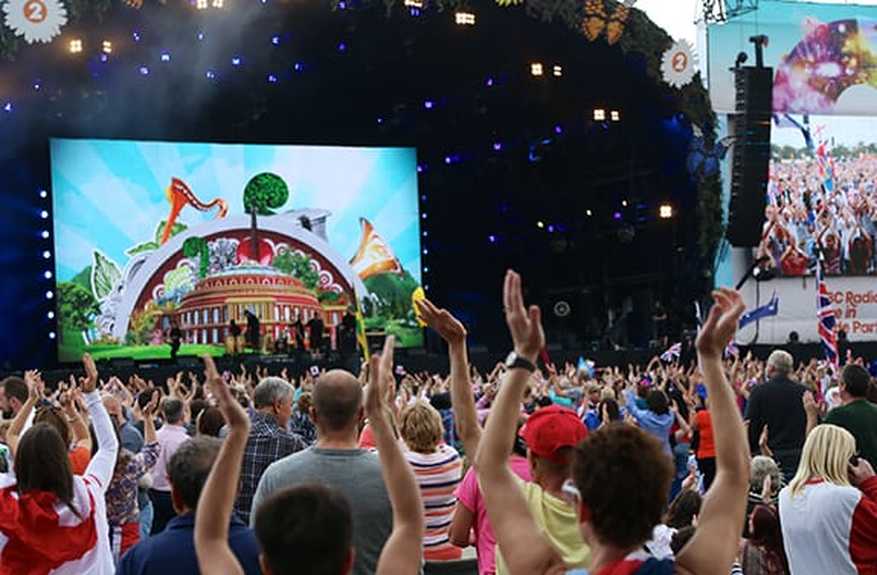 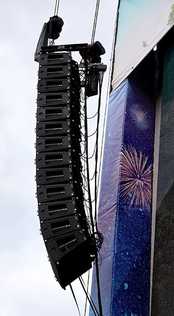 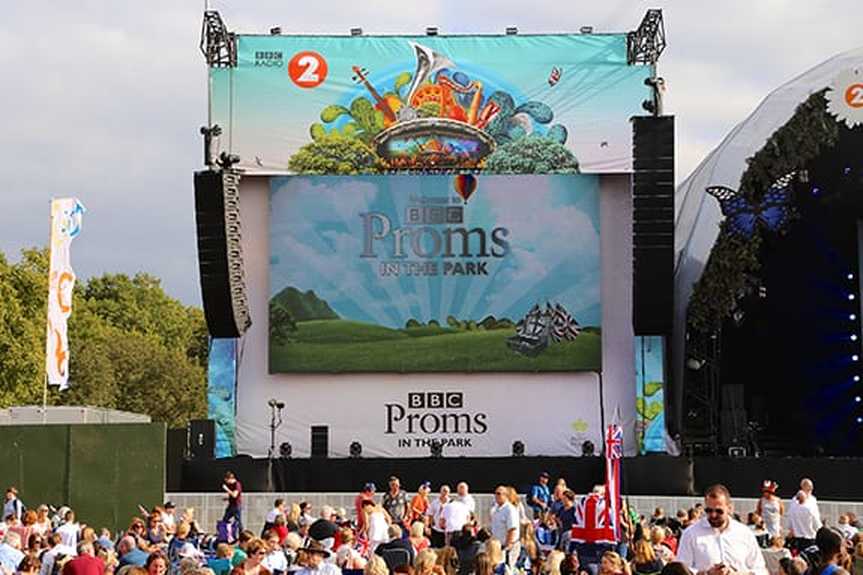 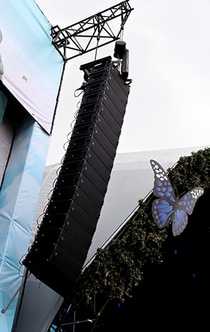 Proms in the Park 2014 is the popular spill out conclusion to the BBC Proms season at the Royal Albert Hall. The now world-famous Last Night celebrations bring thousands of people together at outdoor venues in London, Northern Ireland, Wales and Scotland. Each event centres on a live concert with its own high-profile artists, BBC orchestras and presenters. Capital Sound, deploying a Martin Audio MLA loudspeaker system, was on hand in Hyde Park to ensure that the live sound for this year's eclectic line up sparkled.

With such a diverse line up and so many fast changes between band to orchestra to single voice announcement plus playback to deal with, System engineer, Toby Donovan explains Capital Sound's choice of PA System: 'Martin Audio MLA was the best solution for this event as there is a lot going on throughout and we are governed by very strict noise levels beyond the perimeter of the site. We used a similar system earlier in the year during the Barclaycard British Summertime Festivals and it worked really well. One of the key features of Martin Audio's MLA is that you can fine-tune the SPL profile across the whole site, whether it be an arena or an open-air festival. This means we can keep the SPL high in the audience areas, but we can keep noise pollution low beyond the barrier.'

In addition MLA enables the system tech to achieve an extremely smooth transition between main PA hang and delays across the site from the barrier at the front of the stage to the rear, as Donovan discusses: 'On this site we have a diverse audience both in taste and age range. Some like to sit up at the back, bring picnics and relax, while others like to dance down at the front. We have purposely incorporated a drop off across the site so if people want to find a quieter spot they can, however at the same time we want the output to be intelligible so that no one feels too far away from what's happening.'

For Proms the main hang either side of the stage comprised 16 MLA with one single MLD downfill supported by side hangs made up of 12, plus one downfill. In addition there's a 26 MLX broadside array with17 forward firing MLX and nine rear firing MLX on top - just to provide the rejection required on stage and offsite in the far field behind the stage. This is augmented by a field delay system that comprises 10 delay towers each of which features seven MLA boxes plus a single downfill. For contingency there's also a centre delay right at the back, which comprises 10 boxes plus a single downfill.

'MLA offers excellent coherency,' continues Donovan. 'Every little detail of the mix is crystal clear, regardless of where you are on the field. What's particularly impressive is the amount of rejection MLA provides both onstage behind and alongside the PA, especially for the orchestra. We haven't had a single problem with headroom before feedback. MLA also has plenty of low end for Rock music and although there are a number of pre-sets, including an orchestral preset, we're only using the standard set up plus the additional low end, even for the orchestra.'

Working alongside Donovan was Capital's crew chief Andy May, perhaps better recognised for being Status Quo's FOH man: 'The site is very long but we're also in the centre of London so ensuring noise levels are low beyond the boundary is a big focus for us. MLA is the ideal system for this as it can be programmed to put a virtual canopy on the sound and send it to ground at a specified distance. Capital Sound has done a number of propagation tests with the authorities here now and they now know exactly what they want.'

Taking care of visiting artists' FOH engineers for Capital was Dave Roden, more usually found at FOH for the Stereophonics: 'I am often sceptical when new products come out but the first time I heard MLA I was pleasantly surprised. I walked with my back to the PA away from the stage and it felt like the PA was coming with me - it just didn't get any quieter. I used MLA on The Stereophonics' last arena tour and it was the difference between a good result and a fantastic result. The coverage is amazing, as is the low end - I have walked from side to side on this site and the bottom end just doesn't change at all. MLX is a powerful tool as a sub as well; plenty of clean headroom and it sounds very musical. On more sensitive sites such as Hyde Park it can buy performers a few dB extra at front of house and that's really valuable for us.'

And it is not just Capital Sound who thinks the MLA rocks; visiting FOH engineer Jerry Eade who was taking care of the Orchestra says: 'It's fantastic, I love it. We wanted to run the orchestra at the same levels as Earth, Wind and Fire. This meant running the orchestra somewhat louder than I would normally be comfortable with, however I've been hugely impressed, it sounds great. I usually take care of Placido Domingo and understandably we mix him to sound as natural as humanly possible. This gig is kind of in your face but it still sounds amazing. The orchestra is very dynamic and I can hear every instrument with clarity. I rarely go to system techs and say 'the system sounds brilliant' but in this case I did -- I haven't had to ask Toby to change a single setting.'