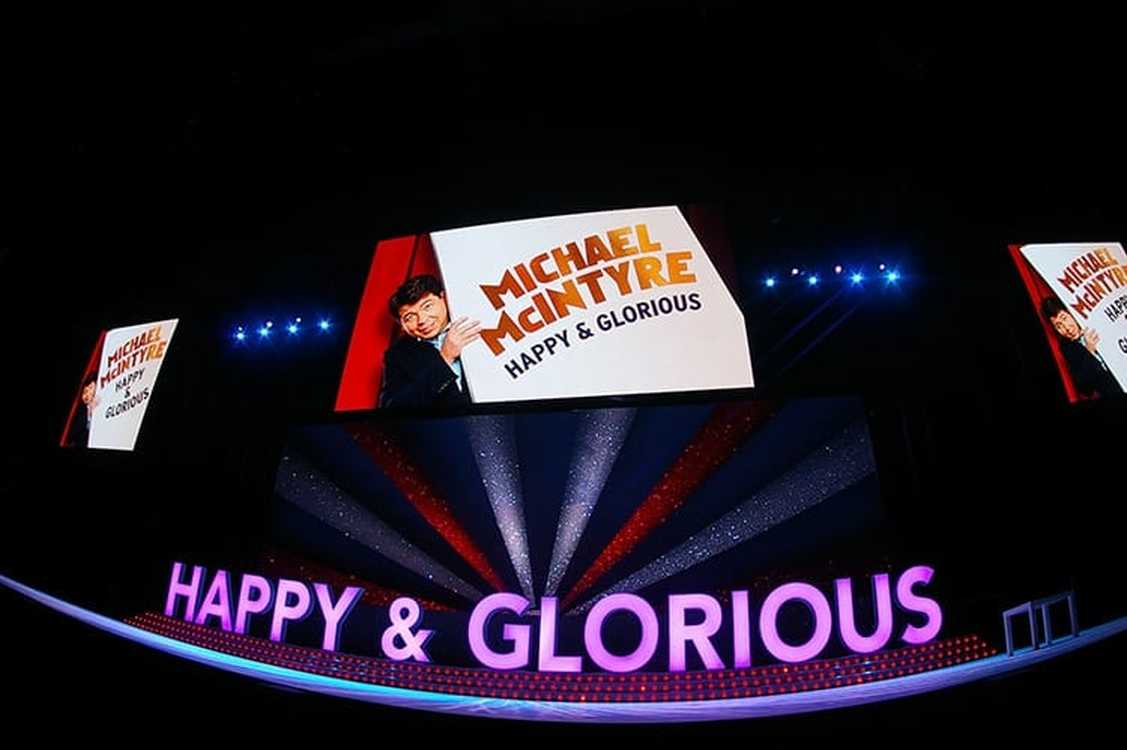 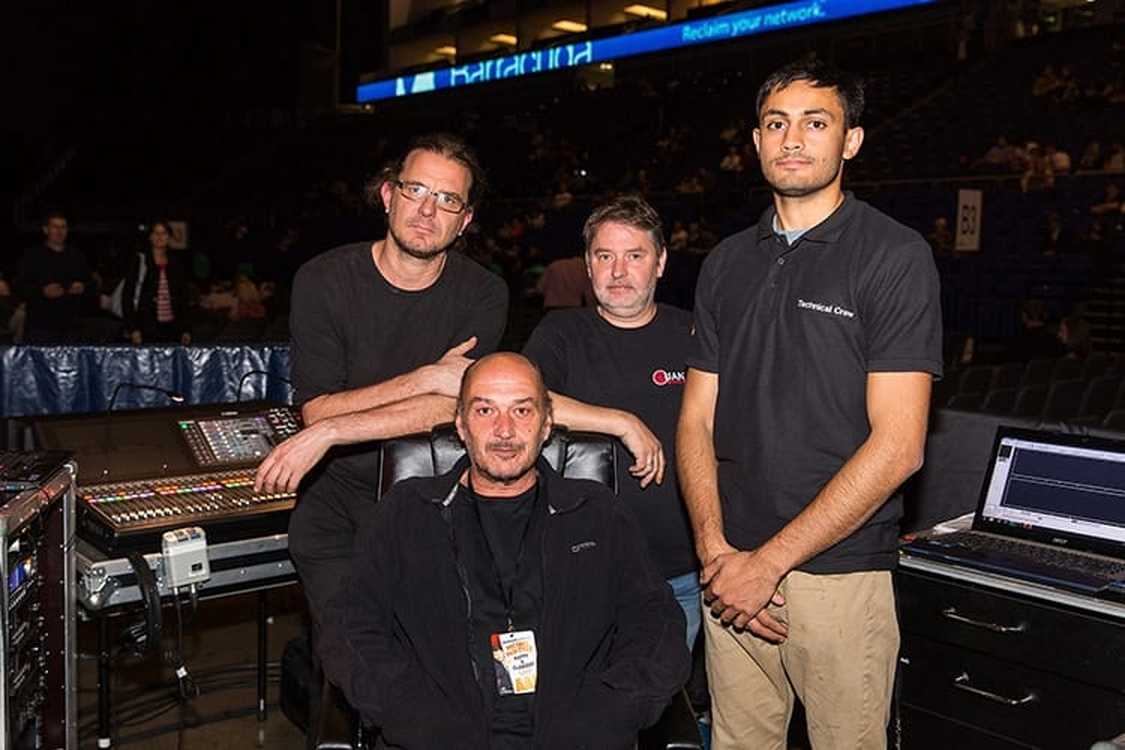 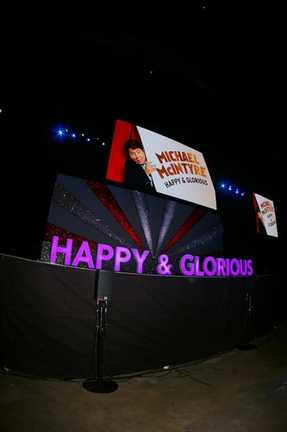 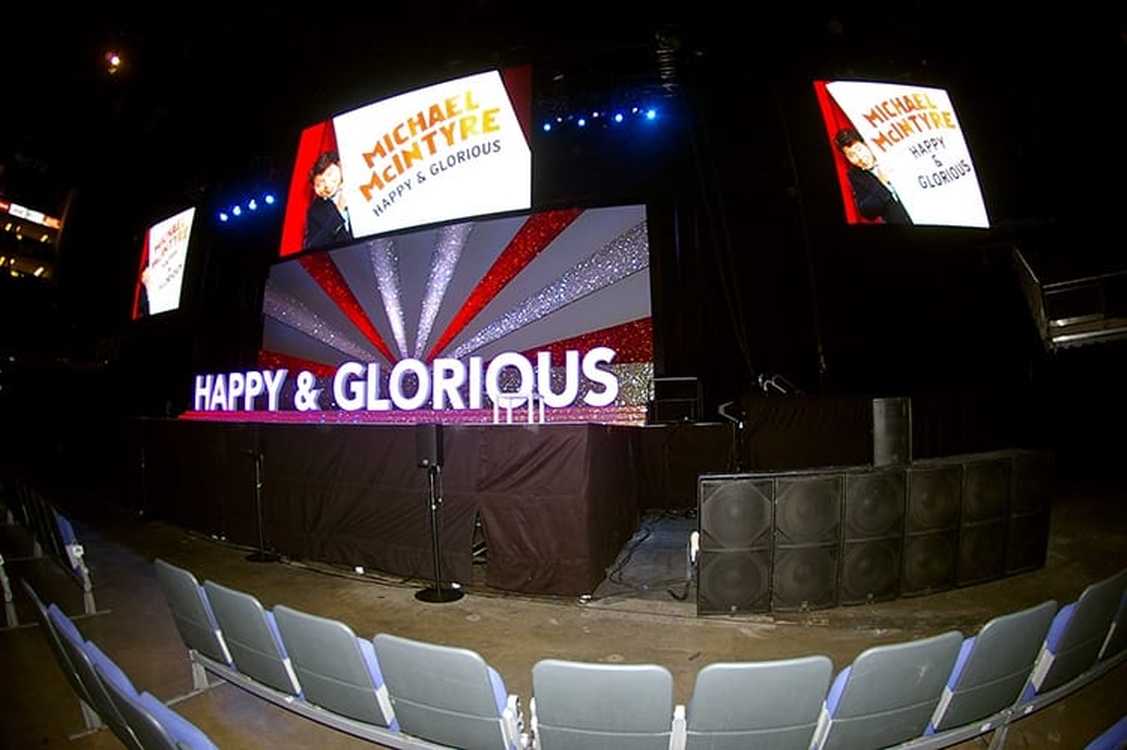 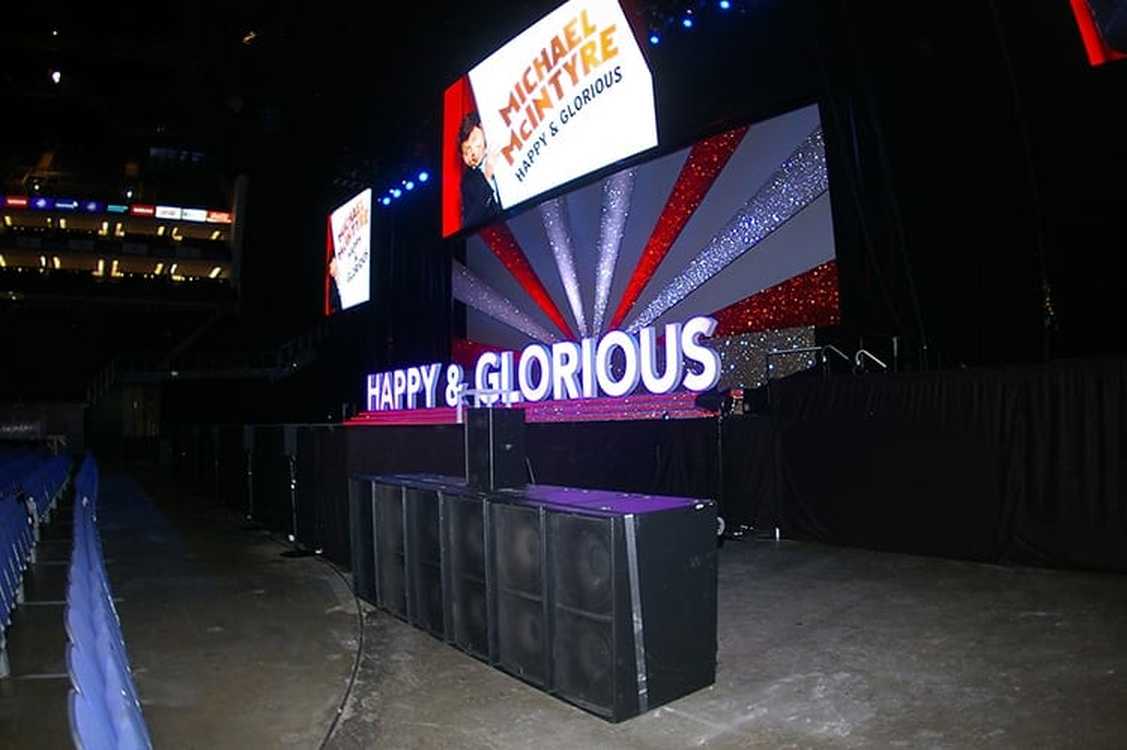 Stand-up comedy has a long association with Martin Audio flagship PA systems, and over the years has helped support artists of the calibre of Jack Dee, Lee Evans … and more recently Kevin Bridges and Michael McIntyre.

Pro audio rental specialists, Capital Sound have featured constantly in these Off The Kerb productions, and one reason for Martin Audio being specified so repeatedly has been the patronage of FOH sound engineer, Phil Tame - who has long been a fan of their flagship line arrays.

'I initially used the W8LC with Lee Evans - and still like it a lot,' he said, as the production of Michael McIntyre's Happy & Glorious tour loaded into the O2 Arena for a seven-night residency. 'But MLA is something else! I first used it on a comedy gala and also with Lee Evans and was blown away. So with this tour I knew exactly what I was taking on, and it's lived up to its reputation.'

Capital's man in charge on this tour was the experienced Harm Schopman, who was doubling as crew chief, stage left PA tech and occasional monitor engineer. He was supported by Finbar Neenan (stage right PA tech) while the system tech - working with MLA for the first time - was Adam Dickson.

Providing a PA for a non-music show, featuring one man and his beltpack radio mic, can be challenging - both for the Capital team and production manager, Neil McDonald alike. High vocal intelligibility and consistency of coverage, which MLA delivers in spades, are paramount.

'The disciplines are not that dissimilar to a music gig,' believes Schopman. 'MLA is extremely consistent so if it's intelligible at FOH, it's intelligible everywhere. The fact that MLA works from the ground up - providing even coverage right from front to back - is an amazing quality to have [for speech only shows].'

At O2 - the largest venue on the tour, with 20,000 capacity  - the main PA consisted of 16 x MLA and 2 x MLD Downfills with 15 x W8LC plus 1 x W8LCD as sidefills. These were trimmed higher than usual to avoid visual interference with the outflanking big screens, which are vital to comedy, when much of it is about facial expression.

Low-frequency extension is mostly required for the video introduction and outro, and to accommodate this, six WS218X are on the ground either side of the stage, with a single Martin Audio W2 on top of each stack to draw the sound down.

But the masterstroke is the six discreet DD6 (Differential Dispersion) speakers pole mounted, blended back into the stage apron, and providing discreet front row fills. 'For comedy it really works well sound wise, and aesthetically you hardly notice them.' Capital account manager Robin Conway was responsible for sourcing the neat stands on which they were mounted.

At the back of the arena, mounted 22m in the air, are three optional delays (consisting of 8 x W8LM) dead hung across a single truss, in case required to throw additional sound up to the top tier of the second balcony.

As for stage speakers there are just a couple of flown side fills. This is an interactive engagement with the audience and Harm Schopman confirms, '[Michael] needs to hear himself just enough, but more than that he needs to hear the laughter from the audience, so we don't overpower his vocal in the side fill. It's just about keeping the lid on the level.'

Aside from walk-in music, a quick announcement and short video clips sent in by fans, this is all about the spoken voice.

For Phil Tame, mixing on a Yamaha QL5, his biggest challenge is the sudden sweep of McIntyre's voice. 'Michael is very dynamic and will go from a whisper to a scream in a second. 'On his channel I'm using dynamic EQ to deal with certain frequency ranges and an overall compressor as well.

'The brilliant thing is I have always had good techs from Capital which helps a lot, but with MLA being so consistent you don't have to compensate so much.'

In this case he was on his first tour of duty with Adam Dickson, who taking George Breacker's optimisations as his template, has moved quickly and effortlessly into the MLA environment.

'When Capital approached me about this tour it was a good opportunity - and when I knew I would be using MLA they fast tracked me onto a training course with Chris Pyne. For the last couple of months I have really got to grips with the workflow and the clever way the algorithms are produced in the software.

'In fact it's really difficult to pick out anything that's missing with MLA, and being able to relay its consistency back to Phil [Tame] gives me a lot of confidence. Display and VU-NET [MLA's control software] are so easy to get going on - but having PA techs that know the system also helps a lot.'