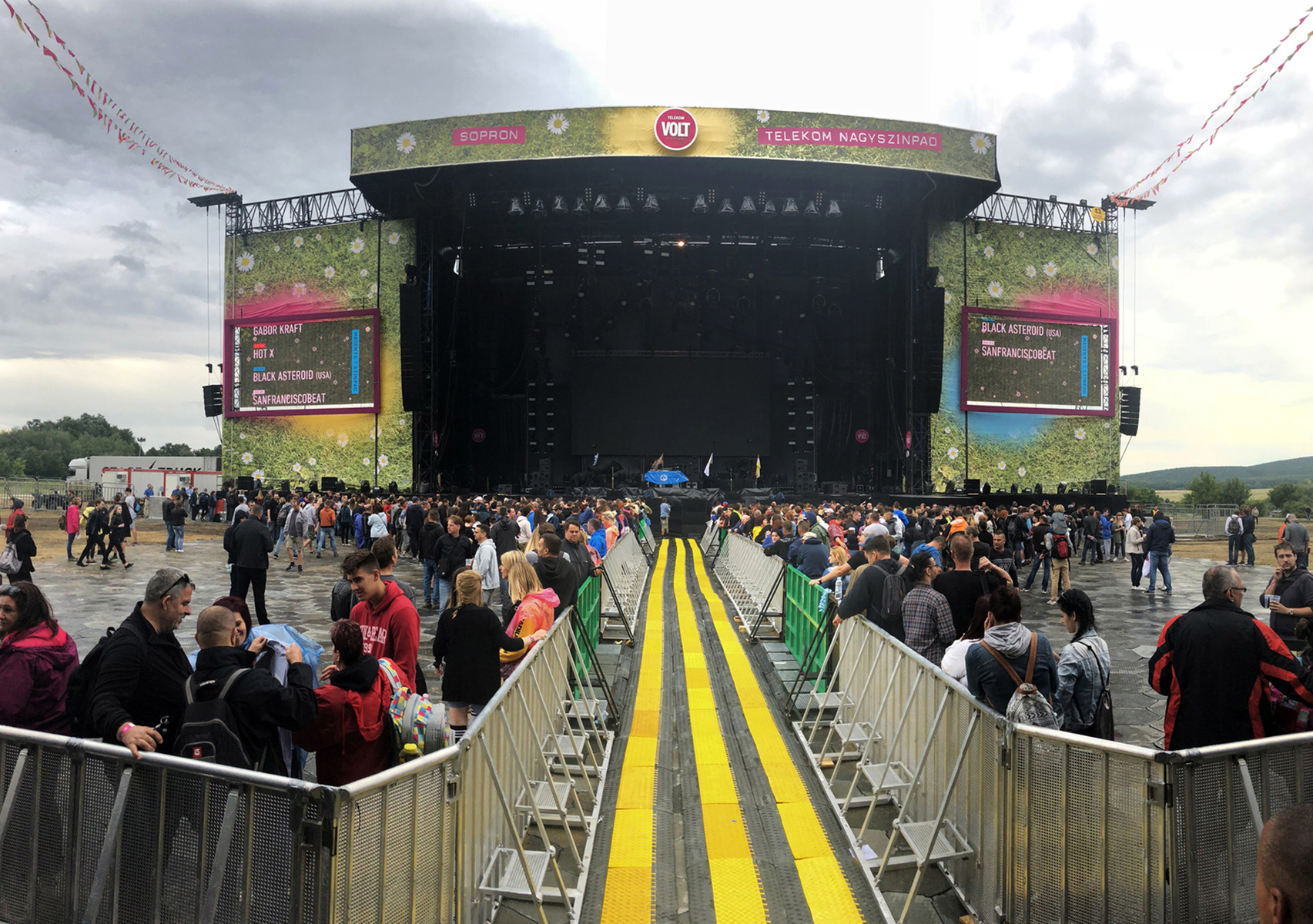 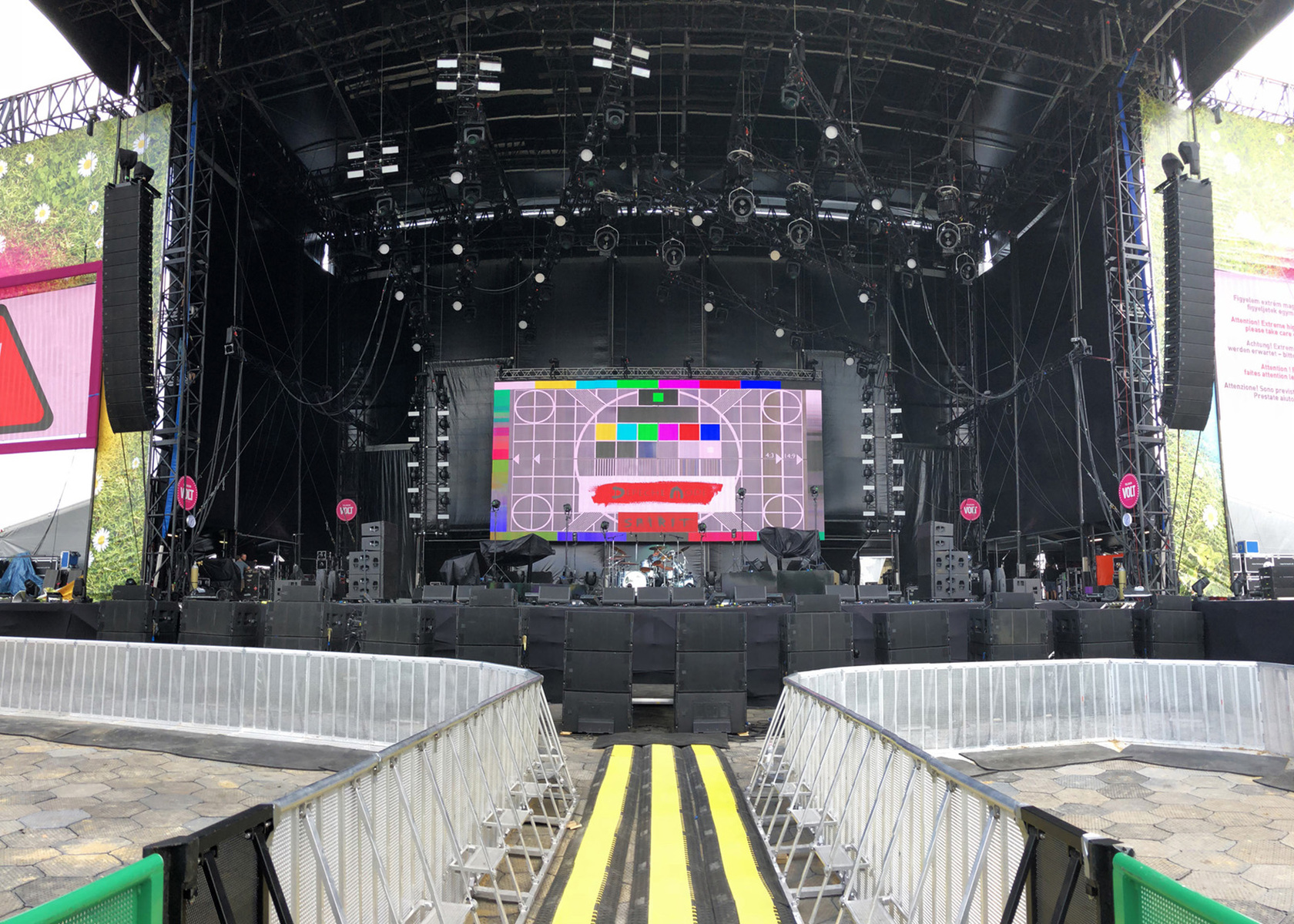 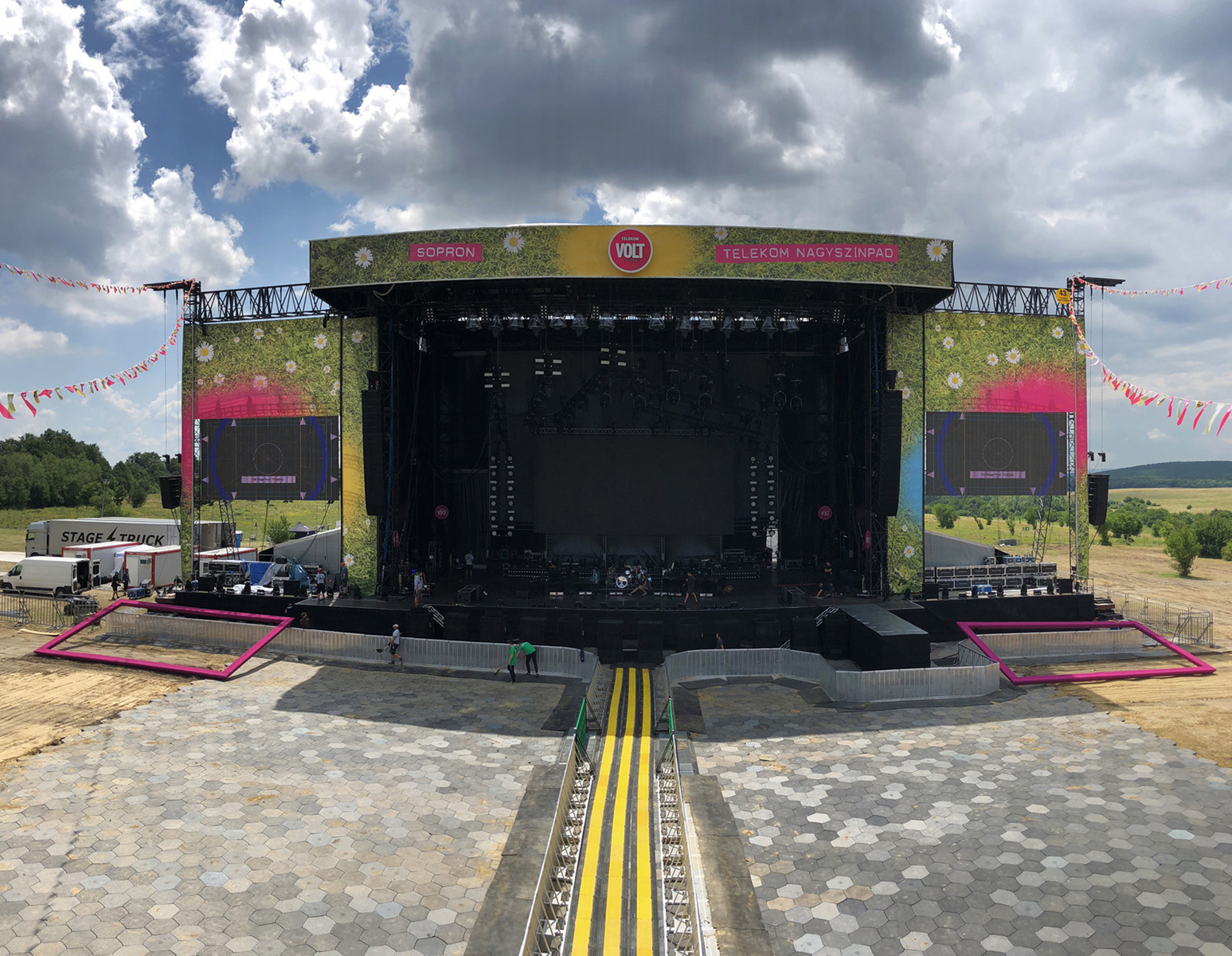 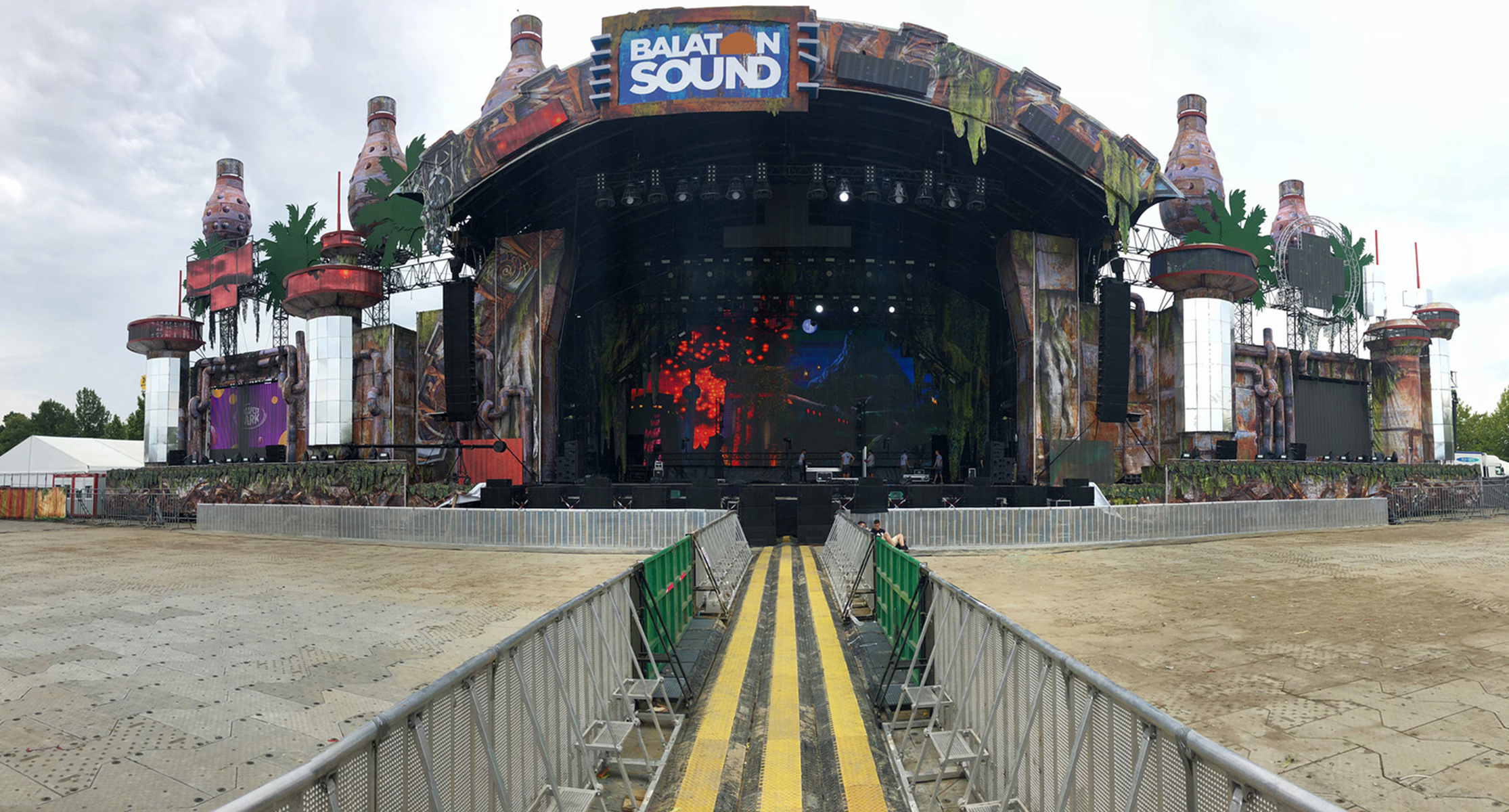 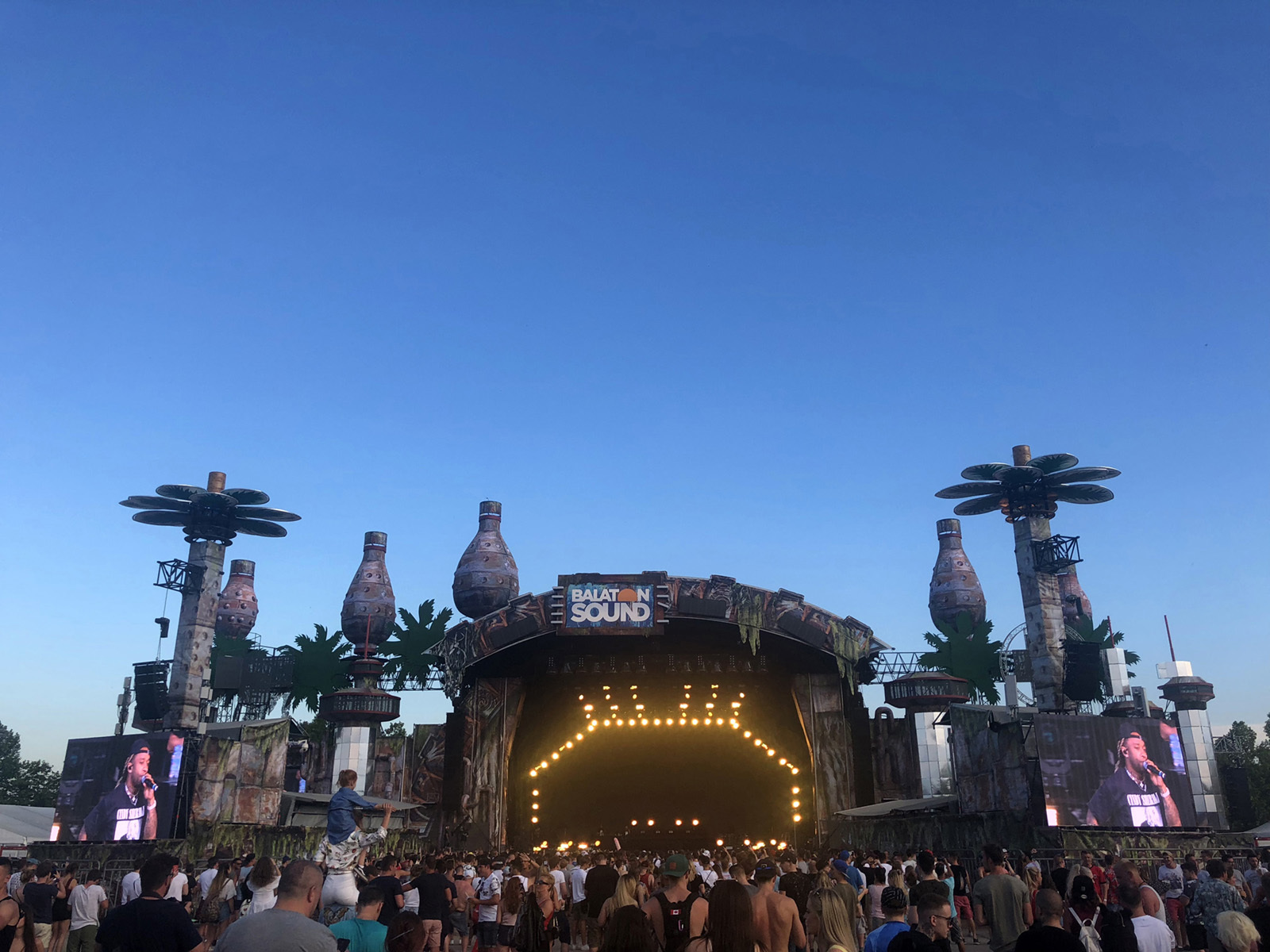 MLA HAS THE MEASURE OF VOLT AND BALATON

The multi-genre Volt Festival takes place in Sopron, near the Austrian-Hungary border, from June 26-30 and this year featured Depeche Mode, Iron Maiden, Limp Bizkit, Clean Bandit, Steve Aoki and Hurts. The festival is organized by the same organisation as the larger Sziget which takes place August 8-15 in Budapest. In between is another Sziget sibling and EDM festival, which took place on the picturesque Lake Balaton July 4-8. Appearing there were The Chainsmokers, David Guetta, Dimitri Vegas & Like Mike, Martin Garrix, DJ Snake and other famous artists.

All have been serviced for a number of years by Capital Sound, and all continue to feature Martin Audio’s premium loudspeaker systems on main stages. With such heavy demand on inventory Capital needed to plunder the Martin Audio European MLA network, and get cross-hire support from Hungarian company BG Event Kft and Polish rental company, Mu?nicki Sound Systems, with whom they frequently work at this trio of top-line events.

Volt Festival attracts over 100,000 music-loversover its five days, although Capital Operations and Development Director, Paul Timmins, said there were changes afoot this year in the PA stack. “With the growing trend towards greater stage visuals, the wider stage meant we needed an extra 12 MLA Compact for front fills.” These were supplied by BG Event.

Capital had Jonny Buck on duty as crew chief and Finlay Watt as FOH tech, with support once again from Hungarian Audio crew chief, Marci Mezei.

At Volt Festival, the remainder of the main PA consisted of an MLA PA (18 per side, including an MLD Downfill), with 36 MLX subwoofers in a 12 x 3 stacks spaced cardioid array. Outhangs consisted of eight MLA (stage left) and five MLA (stage right). Delays comprised two masts, each with six Martin Audio W8LC line arrays, with a further 12 W8LC as front fills.

As for Balaton Sound, the PA design consisted of 15 x MLA (and a single MLD) per side, with 36 MLX subwoofers in the same spaced cardioid array, eight MLA per side as outfills and six W8LC line array elements per side. Front fills were again composed of 12 W8LC cabinets.

Summing up, Paul Timmins said, “The new set-up worked well and the big sub array we introduced last year again proved that this design really works. The feat of being able to source so many MLA boxes for simultaneous events across Europe provided quite a challenge.”