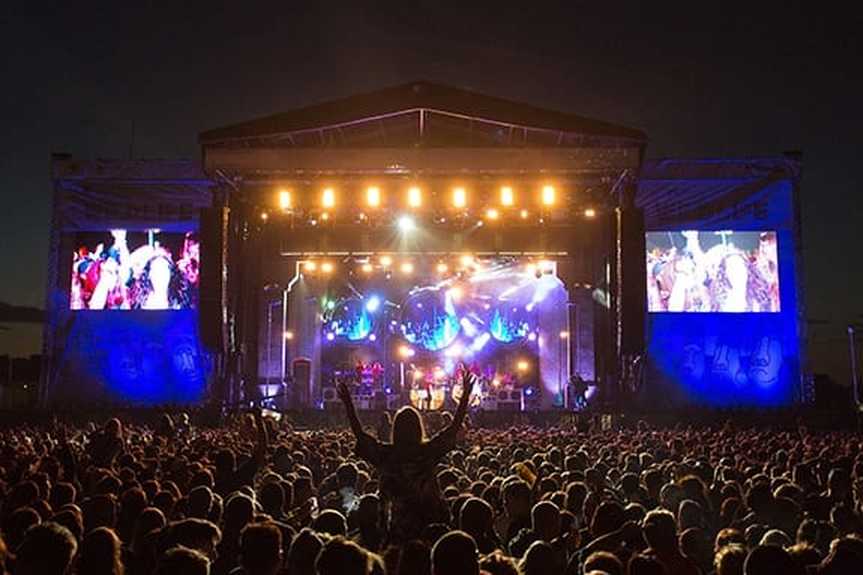 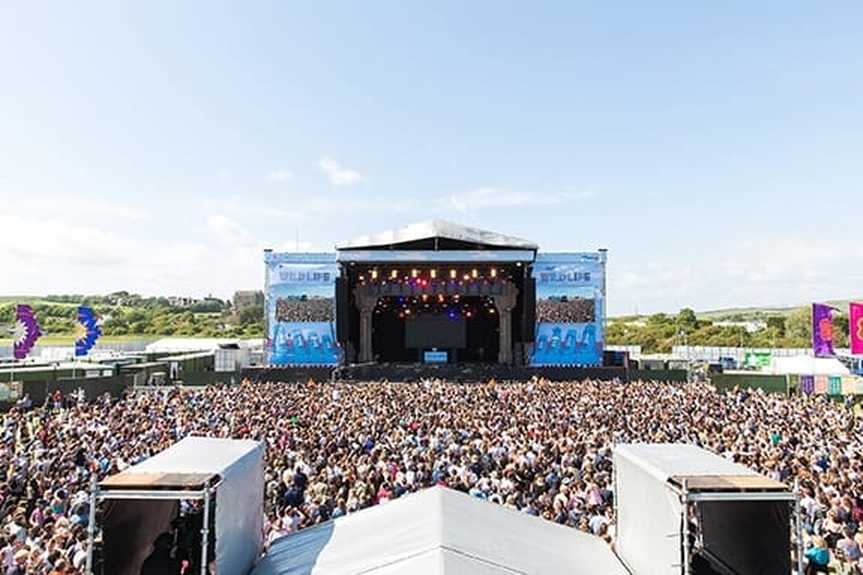 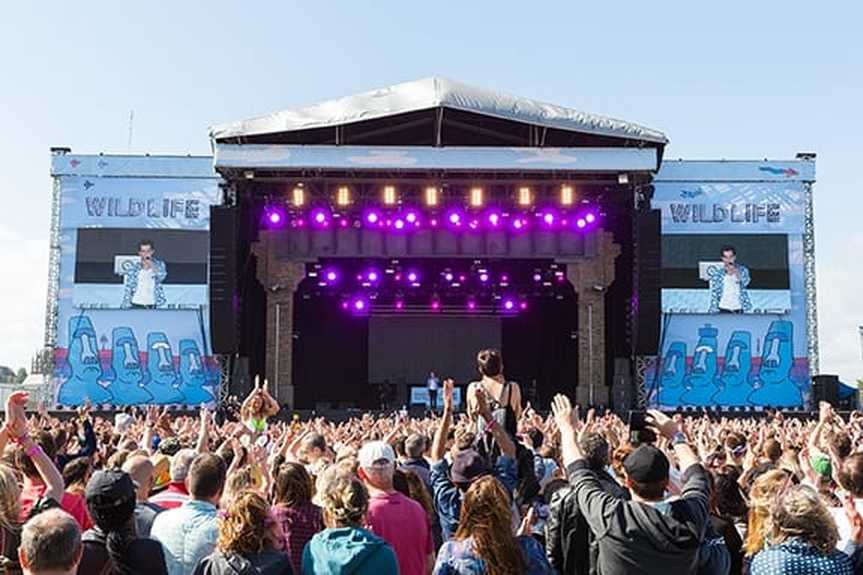 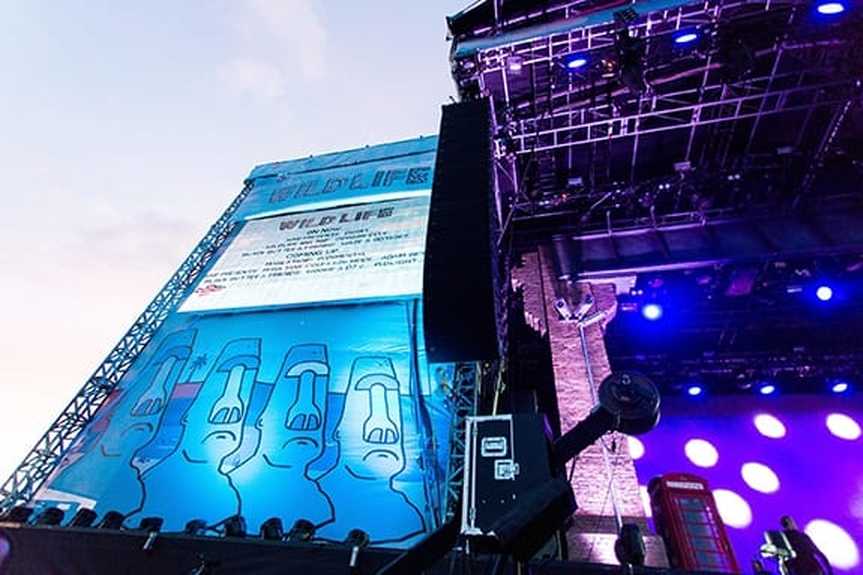 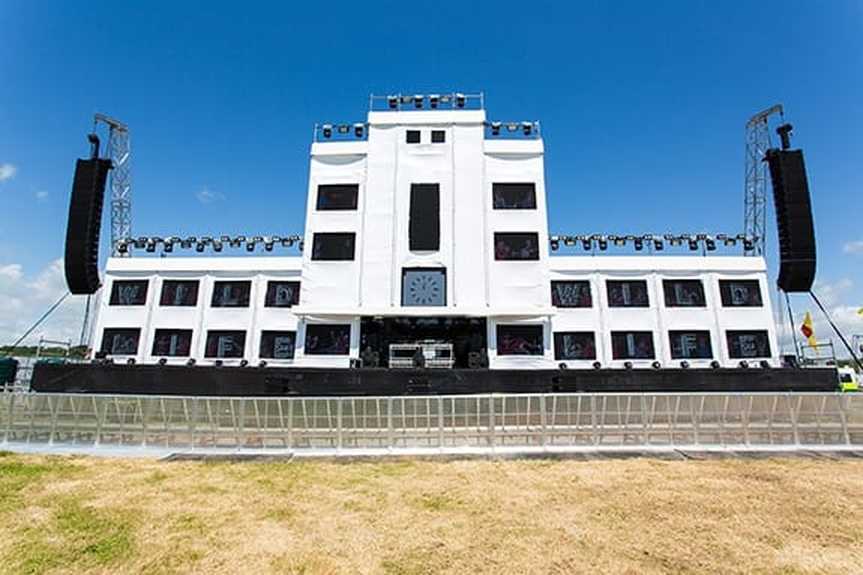 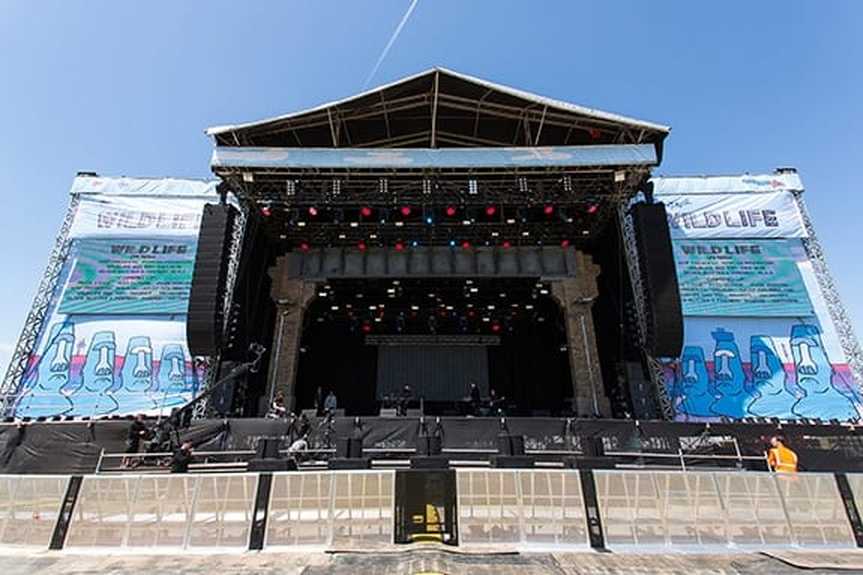 Although the weekend of June 6-7 won't have been the first time Capital Sound have deployed almost 200 Martin Audio MLA elements simultaneously on major festival duty, it will have been unique in that one of those two events took place on a virgin festival site at a major inaugural event.

Billed as Disclosure & Rudimental Present Wild Life, the four-stage, two-day event was staged at Brighton City Airport, a general aviation facility in Shoreham where, as the title suggests, Disclosure and Rudimental were the headline acts.

Winds gusting up to 30mph on the opening day were an easy match for the power of MLA and the system optimisations comfortably satisfied the 75dB offsite sound requirements of consultants Vanguardia, while at one point achieving a staggering SPL of 105dB at the sound desk during Disclosure's set.

As Capital General Manager Paul Timmins observed, 'Some properties were as close as 400 metres away, and the measurement points varied from a travellers' encampment with caravans to a church - whose 6pm Sunday service coincided with the rappers kicking off on the main dance stage.'

And yet with a dedicated line set up by the promoters, as is customary with a new event, the number of complainants was significantly lower than expected.

Martin Audio Product Support Engineer, Chris Pyne, confirmed that the event adopted the tried and trusted design template that has seen MLA dominate a raft of international events, from British Summertime in London's Hyde Park to Rock in Rio in Las Vegas. 'We achieved higher levels than we expected and this system just keeps proving itself time and time again,' he said.

With the two Main and Dance outdoor stages complemented by two Khyam tents (including a dance tent) the challenge was to keep the sound contained without spillage.

'I could progressively fine tune the optimisation on the second stage while the show was running to suit changing requirements without physically needing to move anything,' Pyne continued. 'Typically, heavy dance music has a pronounced low end 30 to 80Hz so the sub frequencies generated are large wavelengths; but we could re-optimise our sub array to tighten the horizontal pattern control. One of the beauties of the MLA systems is that it's an evolving system adapting to the environment and needs of our partners.'

Both the Main and Dance stages featured similar PA configurations - with 17 x MLA (plus an MLD Downfill) per side and 16 x MLX in a broadside cardioid array. Main stage also featured four further MLA's in a groundstack on one side - and there was a token presence of two delay towers, comprising eight MLA Compact and three DSX subs, set 80 metres back from the stage.

'While delays weren't really necessary with MLA, it formed a nice package, which was useful when the winds got up, enabling MLA to punch right through it,' Timmins admits.

He also confirmed that while the attendance capacity was pegged at 35,000 for this inaugural year, the longer-term plan is to raise this to 50,000-60,000 - and the reach of the PA was configured with this in mind.

Capital also took the opportunity to demo their MLA Mini as DJ monitors/infills in the dance tent, with two stacks of four each side of the DJ booth underpinned by an MSX sub. 'This gave us a chance to experiment with different presets and we learnt a lot. The top end worked particularly well and physically it was perfect,' he said.

And so all sound objectives were comfortably achieved. This included running the two dance zones on late into the night - with a 1am terminal hour - after the other stages had closed at 11pm. Although this meant dropping the offsite level to nearer 55dB, production was still able to operate at up to 100dB on the dance stage.

Prior to that they had targeted 101dB for the afternoon acts and in the evening 102dB. Paul Timmins also confirmed that Disclosure's SPL typically measured 103-104dB (Leq 15 minutes) but at one point did indeed reach 105dB, without exceeding the offsite limit.

Summing up, Paul Timmins said, 'It was great to be able to use our network partners to put out nearly 200 MLA elements over the weekend. As for Wild Life, everyone was happy with their shows and all engineers commented on how great MLA sounded.'

The best of all came from Rob Webster-Reed, FOH for Disclosure, who said the PA had been great fun to mix on. 'As a touring/mix engineer I'm at the mercy of the system tech at festivals and Toby [Donovan] did a great job. The moment I opened up the PA with my usual reference music I knew I was going to have a great show. I was trying to find things to do … a bit of musical EQing, some sub tidying - but it simply wasn't needed. The top end and high-mid detail was great and even from front to back, with nice tight low-mids and plenty of punchy sub.

'It was a great start to the festival season and Capital Sound did a fantastic job.'