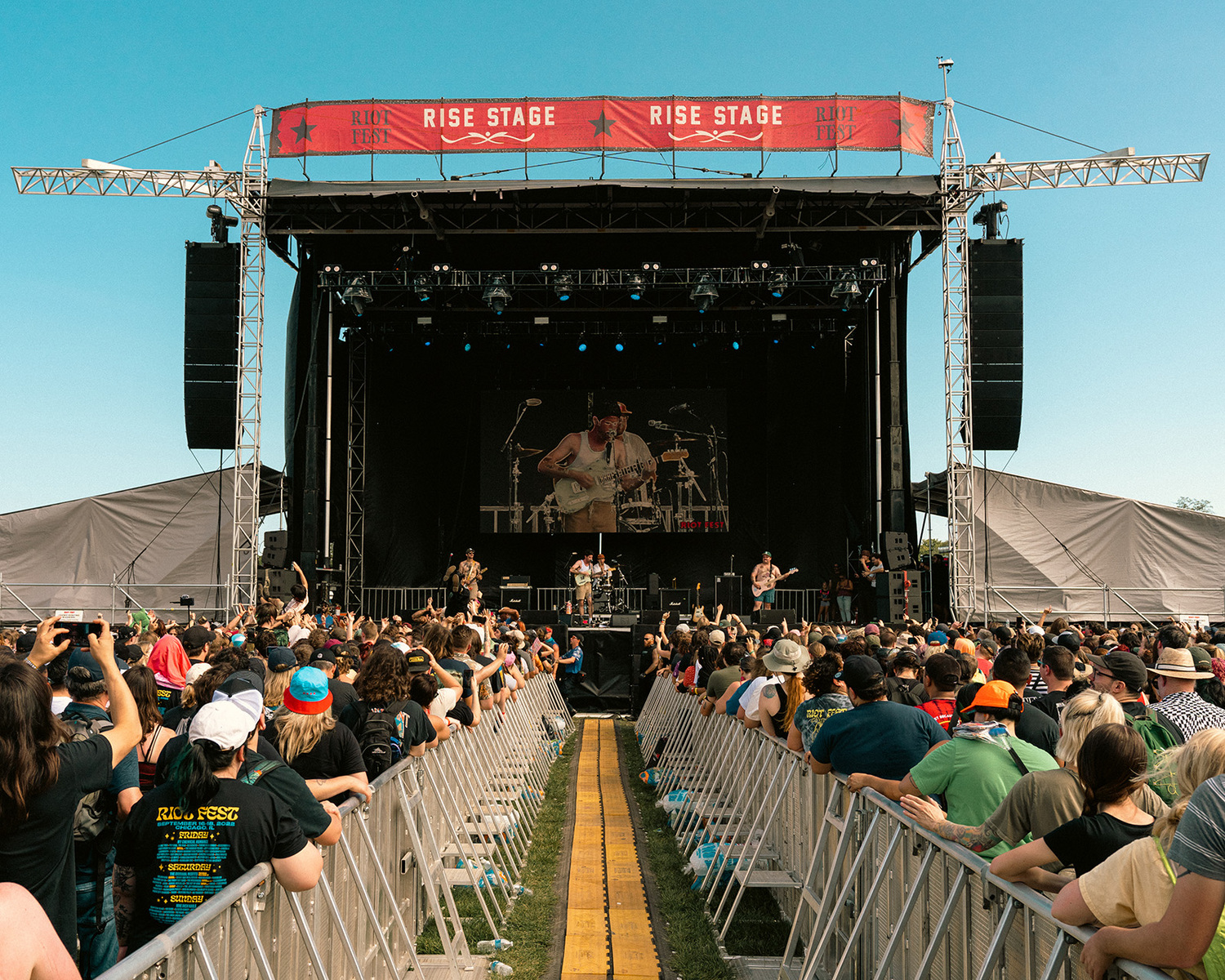 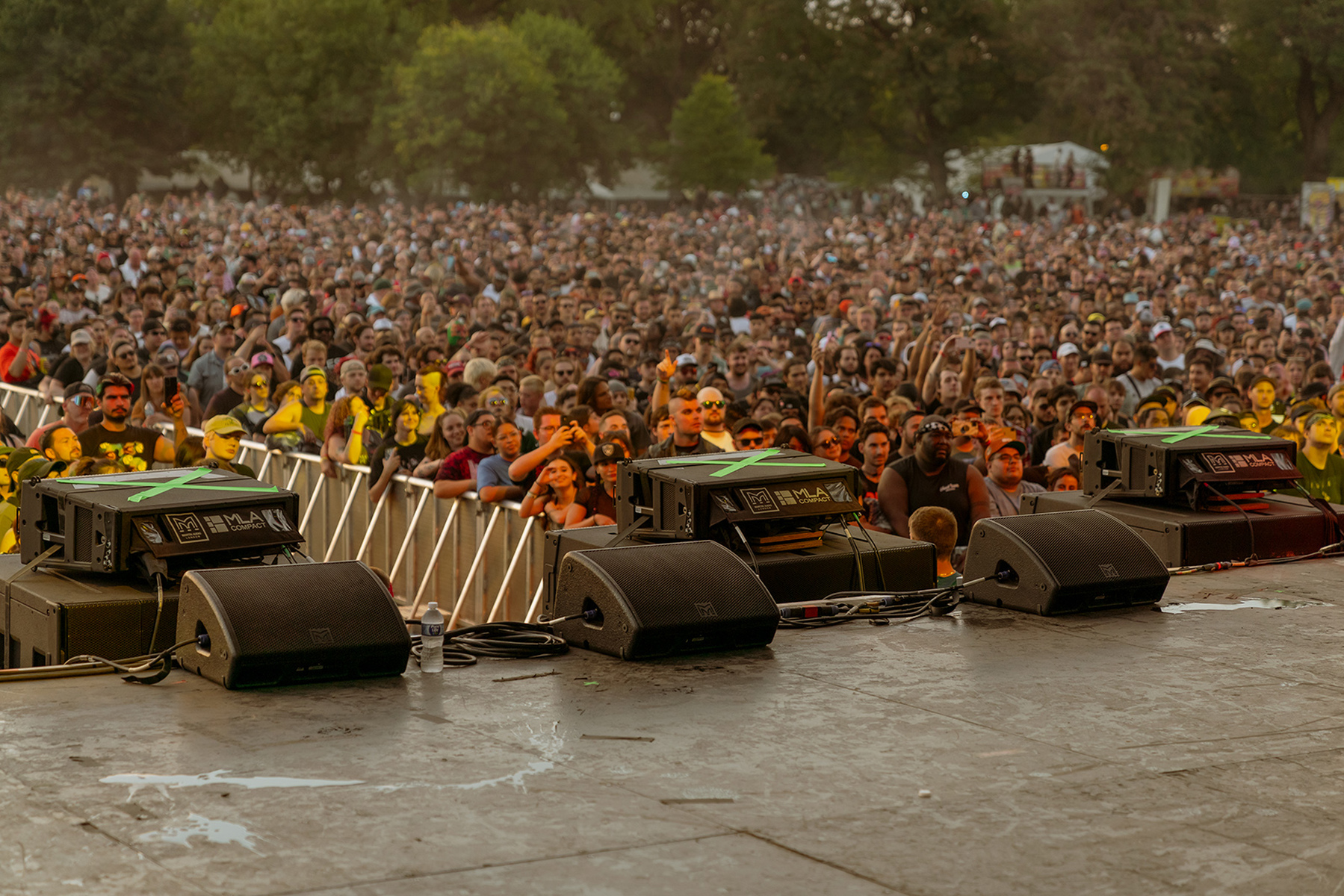 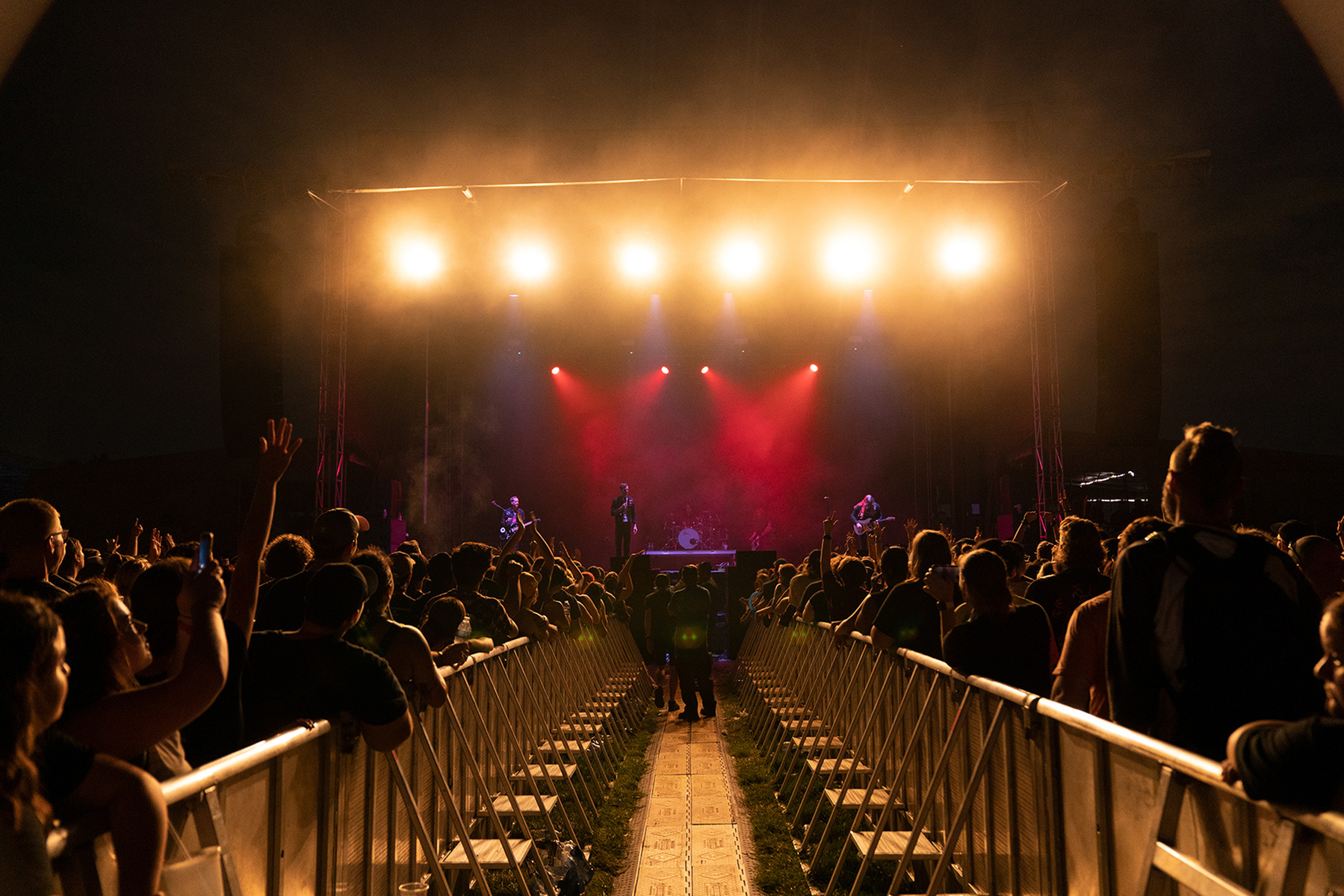 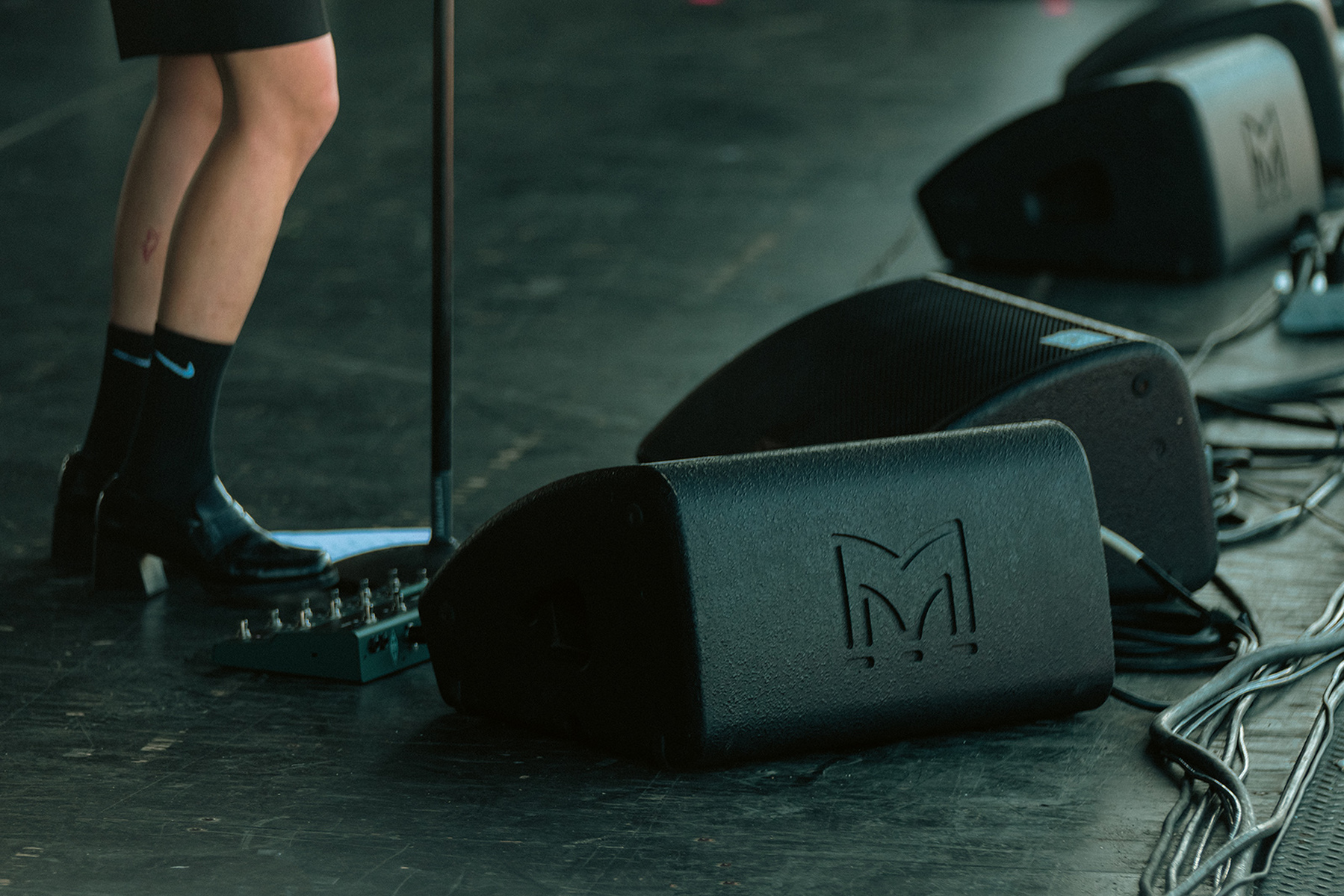 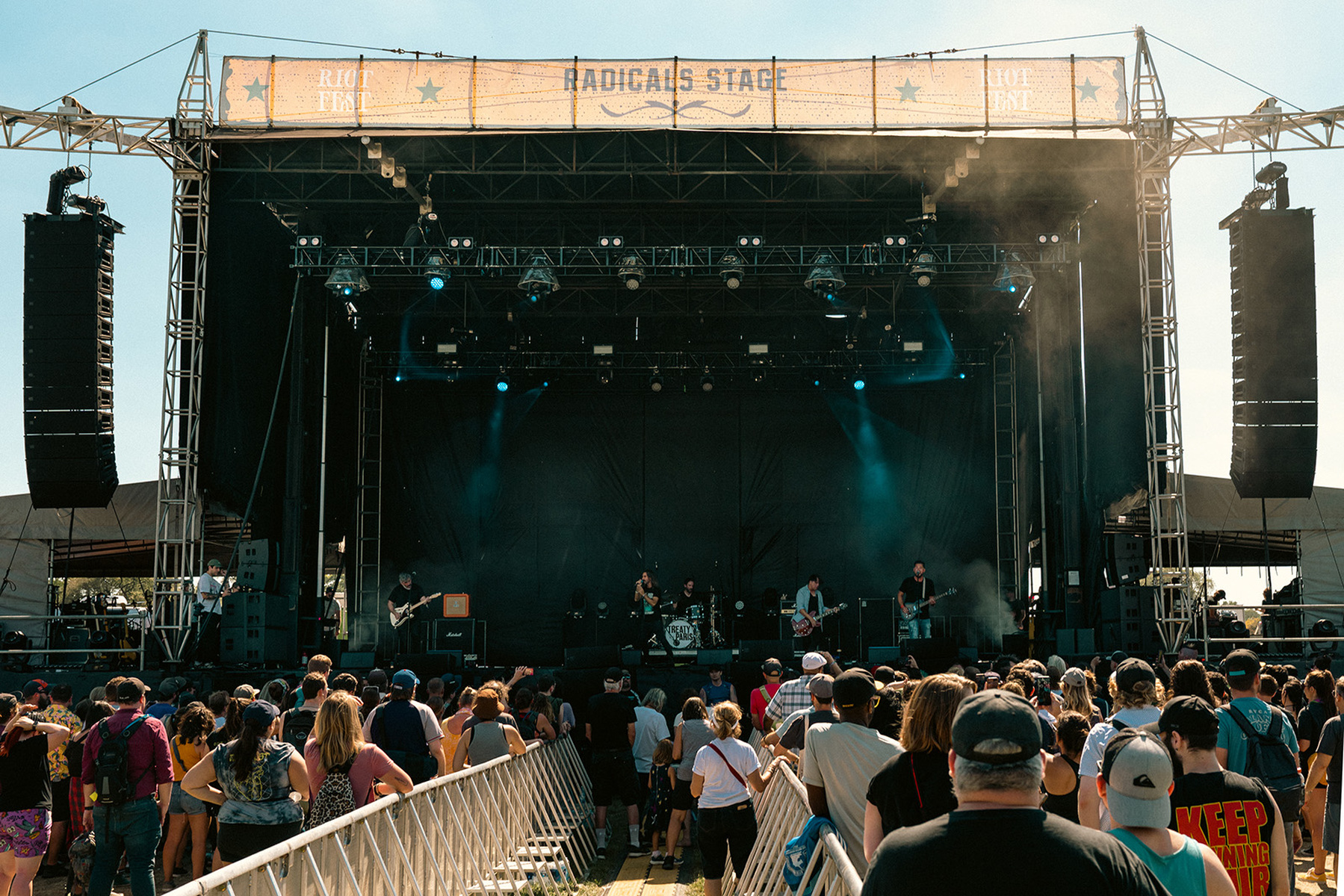 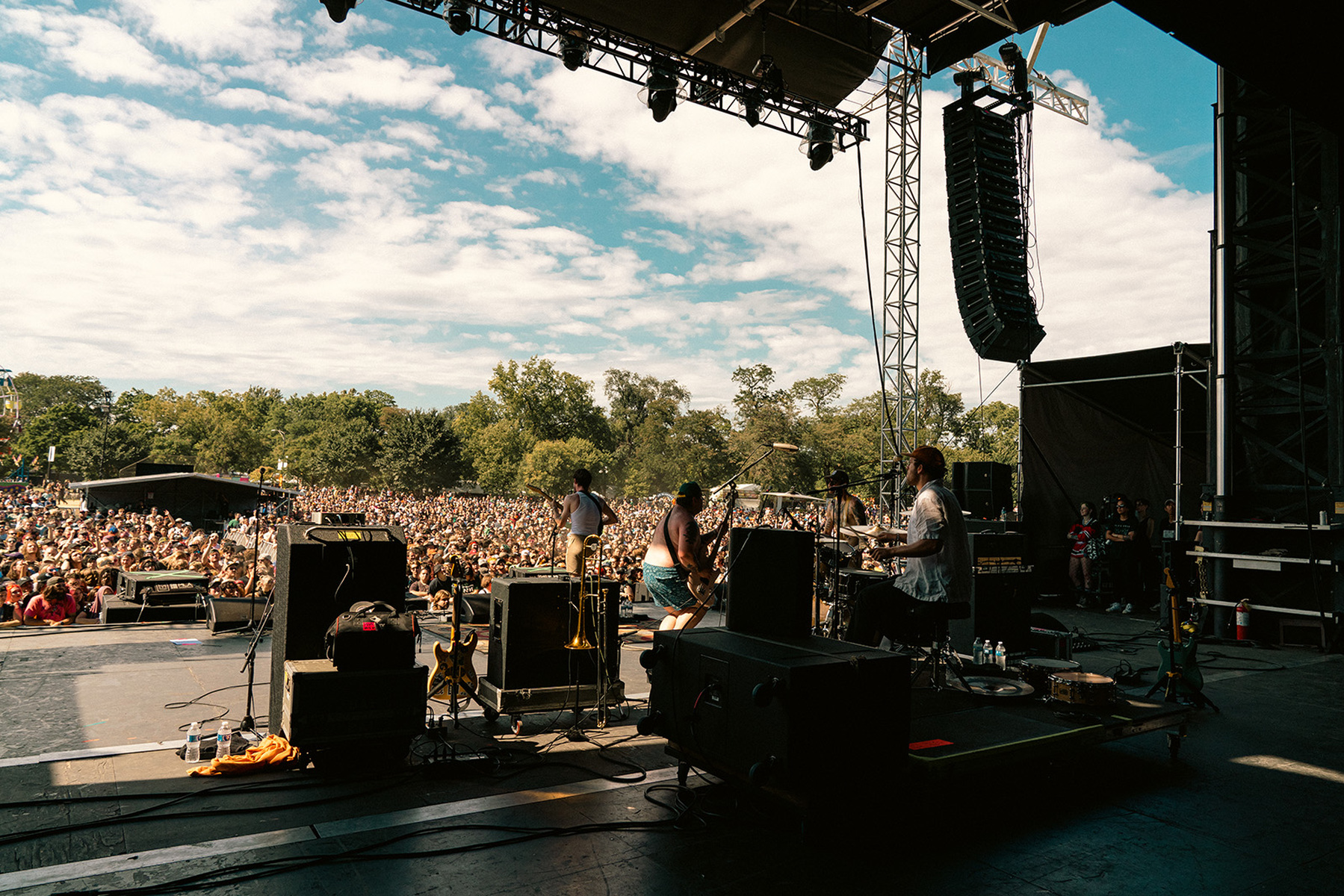 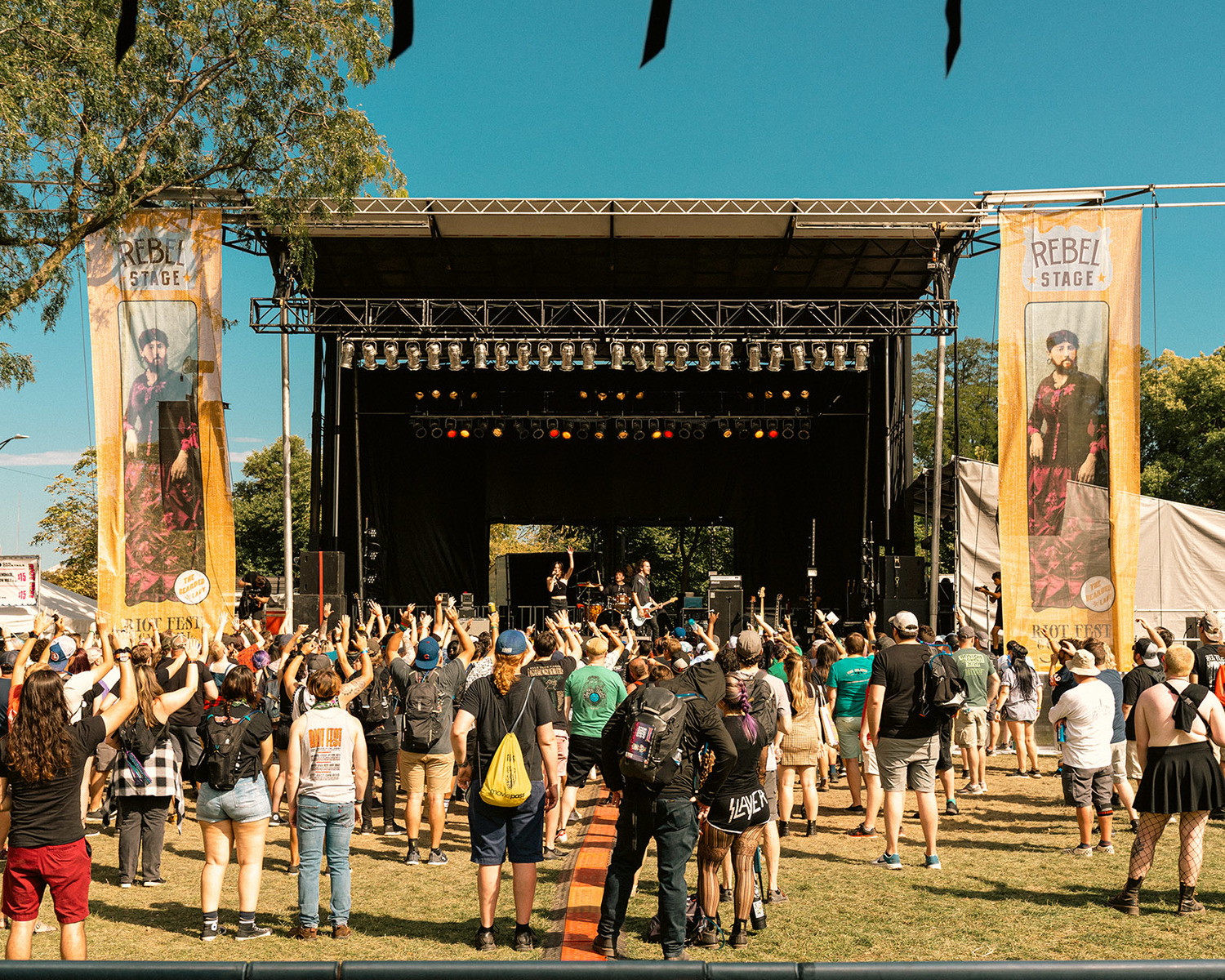 With five stages set within a relatively small site, tight sound control to avoid spillage into the surrounding neighbourhood is paramount. Technotrix Audio Dept Manager, Brent Bernhardt has long known that he can depend on the manufacturer’s proprietary ‘Hard Avoid’ and cardioid preset adjustments to ensure cancellation and rear rejection on the three stages populated by the premier Martin Audio systems, to prevent sound bleeding into areas where it’s not required.

As one of the largest independently owned music festivals the line-up this year included My Chemical Romance, The Original Misfits and Nine Inch Nails.

For Technotrix, who were originally tasked with equipping a single stage when they first arrived at the event five years ago, this was a particular triumph, as production manager Grant Simmon now entrusts them with all five. “It was a big win for us, and we were able to form a team that production could trust,” said Brent.

But such demands place pressure on their inventory and he adds that they are fortunate to be able to utilise the growing Martin Audio network when it comes to pulling in extra inventory. “Martin Audio also provides great support where we need it and has done a fantastic job staying involved. But as the user network has grown, we have managed to rely less on manufacturer support and more on partner support.”

Once again, for reasons of efficiency, the organisers tweaked the layout of the two main stages (named Riot and Roots), while out around the perimeter the Radical (Stage 3), Rise (Stage 4) and Rebel (Stage 5) areas belonged to Martin Audio.

Between them these stages hosted a number of top acts, including Bleachers, Sunny Day Real Estate and The Academy Is (Stage 3), Portugal the Man, Yellowcard and Ice Cube (Stage 4) and Marky Ramone, GWAR and Real Friends (Stage 5).

Radical and Rise were identically configured with MLA, while the slightly smaller Stage 5 mounted a Martin Audio W8LC.

Having been running Martin Audio systems since the late 90s, Technotrix are familiar with the British manufacturer’s signature sound. And the familiar presence of MLA once again gives Grant Simmon all the reassurance he needs.

But inter-stage sound containment remains a major issue. “We used DISPLAY [Martin Audio’s optimisation control and monitoring software platforms] to its full potential again this year, along with a cardioid subwoofer deployment.

“We use the Hard Avoid as people at the back of the stage will have a hard time if LF energy is booming everywhere. We were able to get good cancellation and rear rejection, and excellent gain on the mics.”

But apart from Chicago’s notorious fast changing climatic conditions, which needs to be factored in, the stages mix up many different genres often requiring different volume levels. Technotrix deploys FOH and monitor techs to supervise, as well as two patch experts. “I work with Joe Mion, our FOH engineer as well as the festival director to come up with presets dependent on the time of day, and produce short, medium and long-throw presets; for example, we coordinate a lot of partitions to draw audiences nearer the stage earlier in the day, using short throw.”

Visiting engineers are provided with a start file, so they don’t have to build up their EQ curve from scratch.

On stages 3 and 4 sound engineers mixed through main hangs comprising 11 MLA and an MLD Downfill box at the base on each flank. The subs comprise six stacks of three high MLX, with the middle box reversed, set in a broadside cardioid configuration. Four MLA Compact enclosures are set across the top of the subwoofer clusters for front fill, enabling a reasonable height for projection.

Delays are unnecessary, “as MLA defaults to 100m throw distance, and that’s where they need to be.”

Technotrix also dipped into their inventory of floor monitors, providing XD300s on Stage 3 and 4, driven by iKON iK42, but supplying the more potent XD500 for stages 1 and 2. Drum fill subs in all instances were provided by the hefty SX218 (2 x 18”) subs.

Over at Stage 5 Technotrix fielded six-a-side W8LC and 12 WSX subs in a broadside array, with XD12s, set on the stage lip, providing front fills. The subs were designed in clusters of three, set in portrait configuration. And although these were non-cardioid the audio techs were able to carry out arc steering where necessary.

Brent Bernhardt is entirely comfortable with the capabilities of Martin Audio’s advanced control tools. “We know what kind or arc delays and cardioid patterns are working,” he says. “We walk the site constantly and we work with techs at FOH to determine if the sound needs to be turned down, or in some instances turned up. It needs to be up at 101-102dB(a) to overcome the sound from other areas, but it probably averages out around 99dB. A couple of dB makes all the difference.”

And the crew needs to remain nimble. “With genres often mixed on these stages, suddenly a hip-hop band will come on with excess low end and we will have to change the preset, do some sub shading or tweak the cardioid setting. Martin Audio’s cardioid preset works really well and I’m rarely disappointed.”

The outcome of this attention to detail was one of the Festival’s strongest showings from an audio perspective, according to Grant Simmon.

And Brent Bernhardt confirmed that several of the visiting sound engineers had also given a resounding thumbs-up. “We had several saying it was the best show they had played all season, and all were extremely receptive to the PA—no-one was unhappy,” he said in conclusion. Of his sound team, he singled out freelance system tech Dani Millon, for her excellent optimisation work on Stage 4.