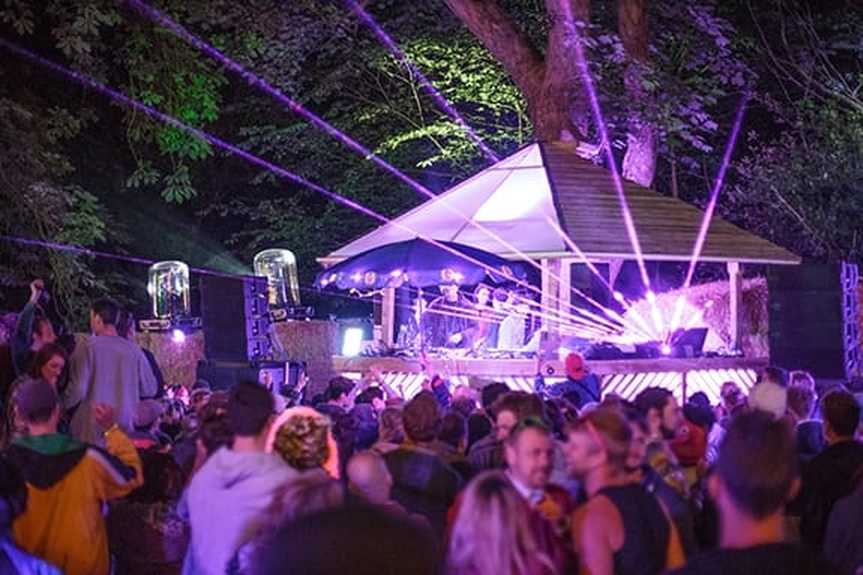 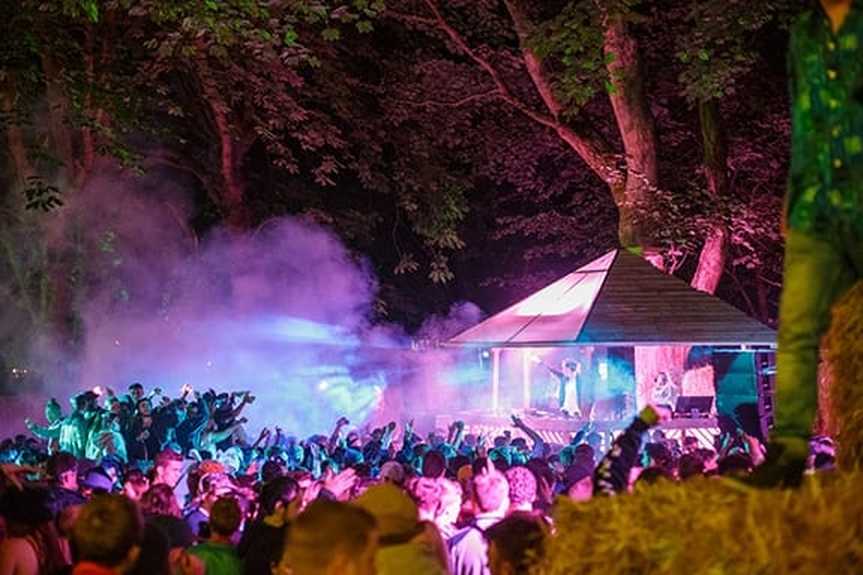 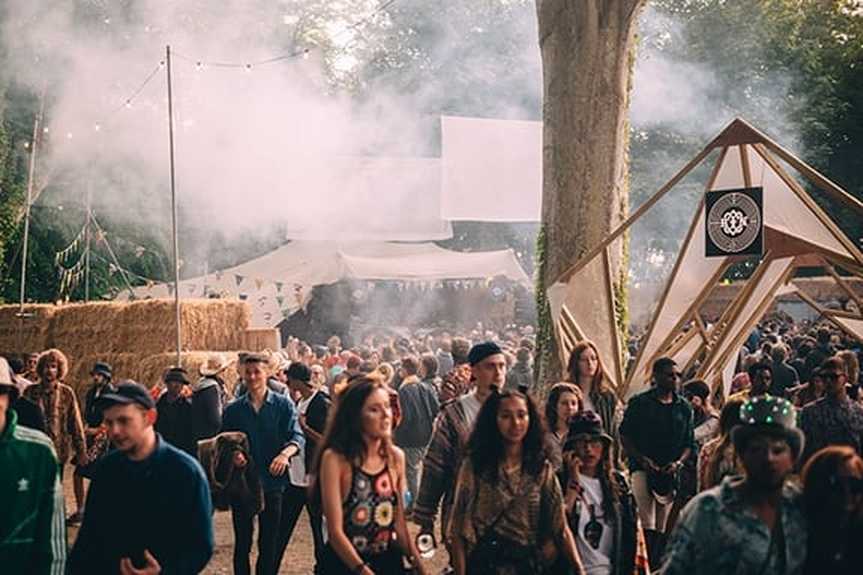 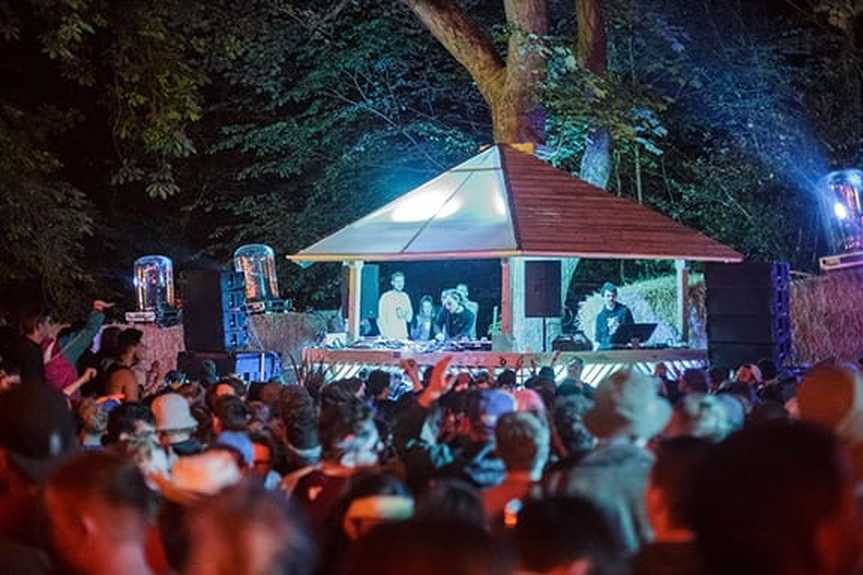 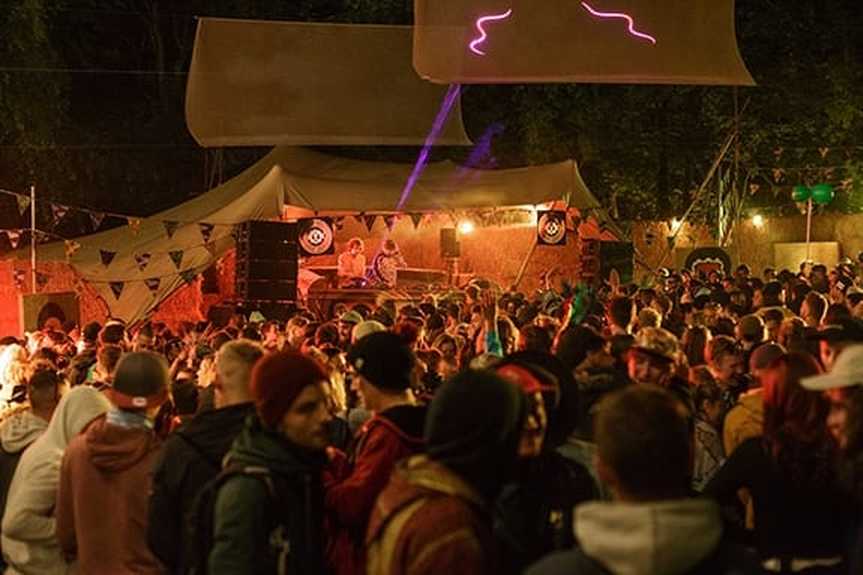 MLA MAGIC DOWN IN THE WOODS

Gottwood electronic and music festival - an intimate boutique event, set in an idyllic Welsh forest on the isle of Anglesey - has been running since 2010. It prides itself on presenting a DJ line up of 'rising stars and established veterans.'

Involved with promoters Future Noise Ltd from the beginning has been Creation Live's Tom Whittle, who in addition to working with Martin Audio's Cheshire-based partners (and event production company) VME is also the Festival's Operations Manager.

He recalls that the potential of the site had been clear from his first visit back in September 2009. But it was only this year that the four-day festival could banish its noise pollution issues by adopting the magic control technology of Martin Audio's MLA Compact sound system. This not only contained the off-site perimeter sound, but at the same time boosted the SPL at the main FOH position to a level that serious dance music aficionados would expect.

The site is classed as an area of outstanding natural beauty and the stunning location is key to this unique festival's success. But as Future Noise's Tom Elkington emphasises, it comes with issues. 'The ambient sound levels are exceptionally low and for the surrounding houses, off-site sound has been a continuous battle.' The production team felt the volume restrictions imposed on them by the local authority were unacceptable.

Whittle and VME's general manager, Ben Hyman, who also manages the site sound, proposed steering the sound intelligently by deploying VME's Martin Audio's MLA Compact. 'We convinced the promoters that it would solve a large problem.'

With the attendance capped to 5,000, all outdoor stages used MLA Compact - four per side, with two MLX subs - in a groundstack configuration. 'While the majority of our MLA deployments are typically to ensure even coverage across large areas for audiences of 10,000-plus, Gottwood presented new challenges to us as we needed to ensure that leakage was kept to a minimum.  It was also potentially challenging to see how multiple stages using MLA would interact in this environment - it's certainly not a situation we're all used to, with main and delay hangs,' said Hyman.

In previous years, to stay within licence they needed to run the systems at 95dB(A) during the day but drop them close to 90-92dB(A) at certain times in the evening depending on the weather. 'Anglesey is one of the quietest places in the UK, with a night-time ambient background level of 32dB(A), so having six outdoor stages running until 4am playing electronic music, and residents within 800m from site gave us quite a challenge,' he said.  'Historically, changes in pressure suddenly meant that we could hear vocal clearly from site, but no bass or top end, then an hour later it would just be bass that we could hear.  It was constantly changing and we had to keep adapting levels to meet the licensing regulations.'

Martin Audio MLA Advocate, Simon Honywill, was brought in to advise. 'It was the wish of the organisers that these stages should be as loud as possible while the local environmental health officers wanted it to be all but inaudible at the nearest houses, some seven or eight hundred metres away,' he confirms.

'It was my job to make this happen. I needed to find a way of maintaining the integrity of the system's acoustic performance, contain the sound to avoid smothering other stages and most importantly not upset the neighbours.'

Honywill believes the LF containment was down to 'a combination of the directivity of the awesome MLX subs, helped in no small way by the efficacy of hay bales as low frequency absorbers.' As a result, he says, 'the systems sounded fantastic. There was no doubt that from stage to stage, the amount of spill was more than acceptable, particularly at the lake, where the system fired directly across the water at the main chill-out zone on the lawn in front of the house.

'With all systems on the entire site playing to [the prescribed] level, we measured around 44-45dB(A) offsite - a perfect result!'

Ben Hyman added, 'Having worked with the MLA system for two years, I was confident that we could re-invent the audio systems across site, and utilise the controllability that MLA's DISPLAY 2 software gives us to achieve even higher onsite levels, while at the same time maintaining the lowest off site levels.

'We are indebted to Simon Honywill for his help. We also spoke extensively to local residents, and told them what MLA could potentially achieve.  To top it all off, I received a phone call from one of the local residents on the Sunday morning, who had formally complained every year.  He started his telephone call, 'I'm the first person to complain, but I'm also the first person to compliment when you've done what you promised. We couldn't hear Gottwood this year, and thanks to you and your team for making it happen'. This could not have been a better response, especially since he is one of the closest residents to site.'

Said promoter Tom Elkington, 'Because Gottwood is so different from other festivals - with no main stage, no sponsors and music focused on the niche end of electronic music - we needed to preserve the event's integrity. For five years we have achieved great results with VME with careful placement of stages, hay bale baffling and offsite weather monitoring. But we were really excited about trying out MLA this year and thankfully it proved to be the golden ticket we have been working towards.'

In summary, Simon Honywill stated, 'I left the festival site being once again surprised by the abilities of MLA systems to solve problems where others create them, a truly valuable asset for any company working events where noise restrictions can be a problem. I felt entirely buoyed by the whole experience.'