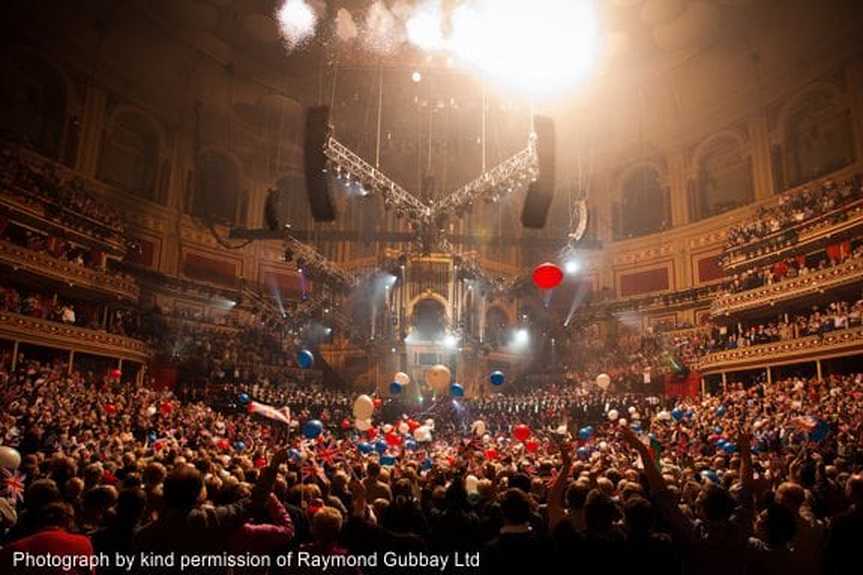 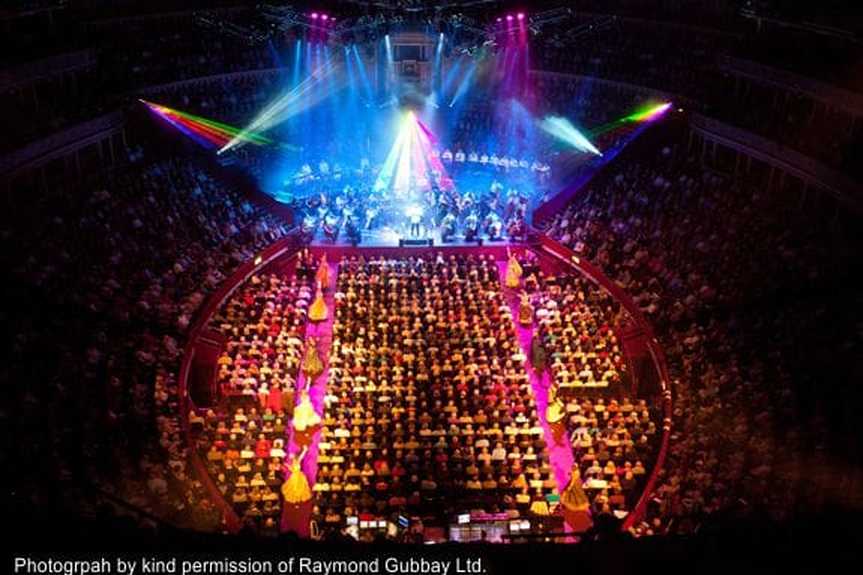 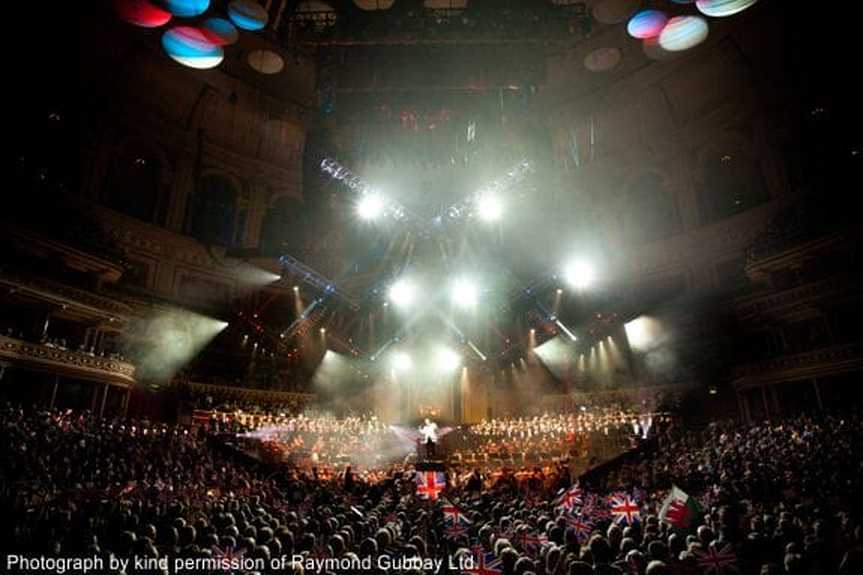 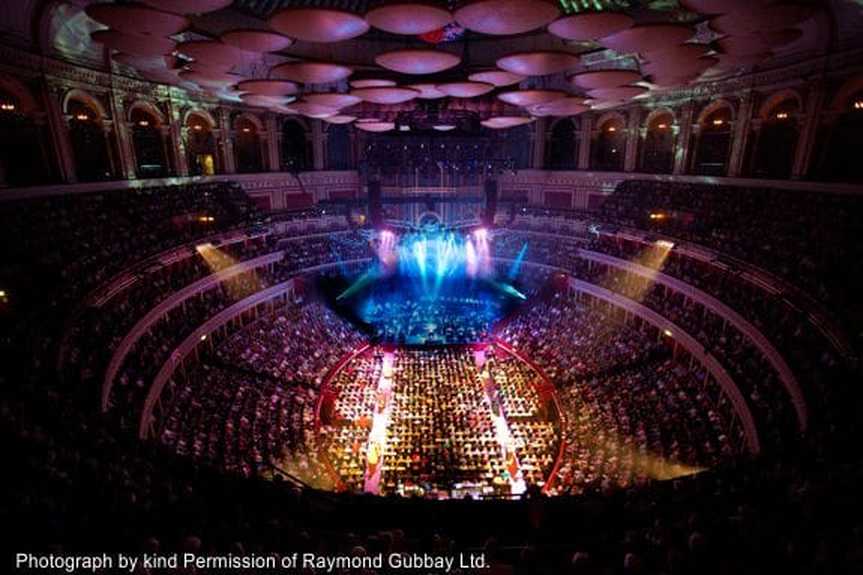 With production harnessing cannons, pyro and lasers in a festival type 'Proms' atmosphere, it has taken all of FOH engineer Simon Honywill's expertise to keep the show's audio fidelity evolving with each generation of new technology.

Rigging the MLA at the Royal Albert Hall for the first time ever this month, he knew the Classical show would experience the same dynamic range and sudden transients as War of the Worlds - and in a venue notoriously difficult to control, he also knew it would clean up the room's inherent reflections. But the performance, he said, was breathtaking - and even beyond his expectations.

'We've made a massive leap forward with the MLA … the results were remarkable,' reported Honywill.

With MLA-certified systems engineer Mark Edwards loading in and setting up the system, the baton was then passed to Martin Audio's Technical Sales Support, Nigel Meddemmen to act as de facto system engineer over the four-day stint at London's landmark concert hall. before the show went on tour.

At the RAH, the two front arrays comprised 16 element MLA hangs per side, with no downfill enclosures, since the rig's trim height was a mighty 12.2 metres (from the lowest box) to accommodate the huge lighting rig. Side hangs comprised of arrays of nine Martin Audio W8LM mini arrays, with a single W8LMD underneath to bring coverage down as far as possible; at the same time, a central sub-bass array of six WLX was recessed under the stage apron, which was electronically curved to optimise coverage.

Meddemmen conducted listening tests, walking the entire room to verify uniform sound balance. 'The challenge was to try and match the warmth and smooth response of the MLA, a tricky task particularly on some of the operatic pieces with shrill soprano vocals which have a tendency to really show up deficiencies in the high frequency of a system.'

He added 'There are always subtle changes in the level at which the orchestra are playing and my role was to ensure that every member of the audience experienced the best possible sound regardless of where they were sitting, so I had to make subtle changes to level and EQ of some of the side and front fills. The MLA was essentially the reference, it didn't need to be touched.'

The design software is critical in ensuring the best performance from the revolutionary MLA system. 'The calculations were based on Simon's model of the slice through the venue, and with the advantages of the new Display 2.1 software, Ambrose [Thompson, Martin Audio Electroacoustic Engineer] was able to design a system, with the correct splay angles, to provide optimum response.'

Meddemmen believes that the new software demonstrates 'a massively improved integration' with VU-Net, the control and monitoring software. 'Since the optimisation EQ files are created in Display 2.1 and uploaded to the cabinets via VU-Net, transfer of the file between the applications is now a very simple drag-and-drop operation. Everything is so much more delicate and precise.'

Simon Honywill admits that he had initially had doubts about the predictions. 'I worked with Ambrose on the array configuration and it was not progressively curved. I wondered whether this could be right … yet it was astounding, which is a testament to the software.

'In fact I have never heard a system [in the RAH] that sounded so similar upstairs as down. Ambrose was also able to rationalise the coverage to effectively reduce the amount of energy hitting the balcony fronts - other systems have claimed it but this is the first to deliver.'

The design prediction created 'voids' precisely where necessary - including the elimination of any stage spill, as Simon Honywill was quick to attest. 'You could stand under the MLA on stage and not hear a thing!

Traditionally, this show has always been a compromise between 'providing 100 mics to get the detail, and dealing with gain before feedback - and with MLA we've made a massive leap forward in that regard,' he added.

The programme combined the traditional 'greatest hits' from the classical canon with new works - such as Karl Jenkins' Benedictus from The Armed Man; A Mass For Peace. This piece swings from the gentlest of solo cello to five percussionists hitting a variety of drums extremely hard and the choir adding weight to a huge sonic picture.
'We had ten mics on the choir and I found I could keep opening them up massively, with no colouration whatsoever.

'We've also never had the amount of level, definition and control with the low strings as the MLA - and that is what makes it sound really fat. It was a pleasure and absolute joy to mix.'

Summing up, Simon said, 'I wanted to put MLA in the Albert Hall to see what it could do on a fairly demanding show, where to get the sonic quality and level required by the promoters you can't afford for the system to be in any way obtrusive. The system has to sound really sweet when loud, warm and powerful - and intelligent and delicate at the same time. MLA was all of these things and more.'

His sentiments were echoed by Anthony Findlay, Raymond Gubbay's managing director (and the brainchild behind Classical Spectacular). 'He knows that we know what he wants, and during the opening piece on the opening night, Copland's 'Fanfare For The Common Man,' he was suitably impressed,' says Honywill.