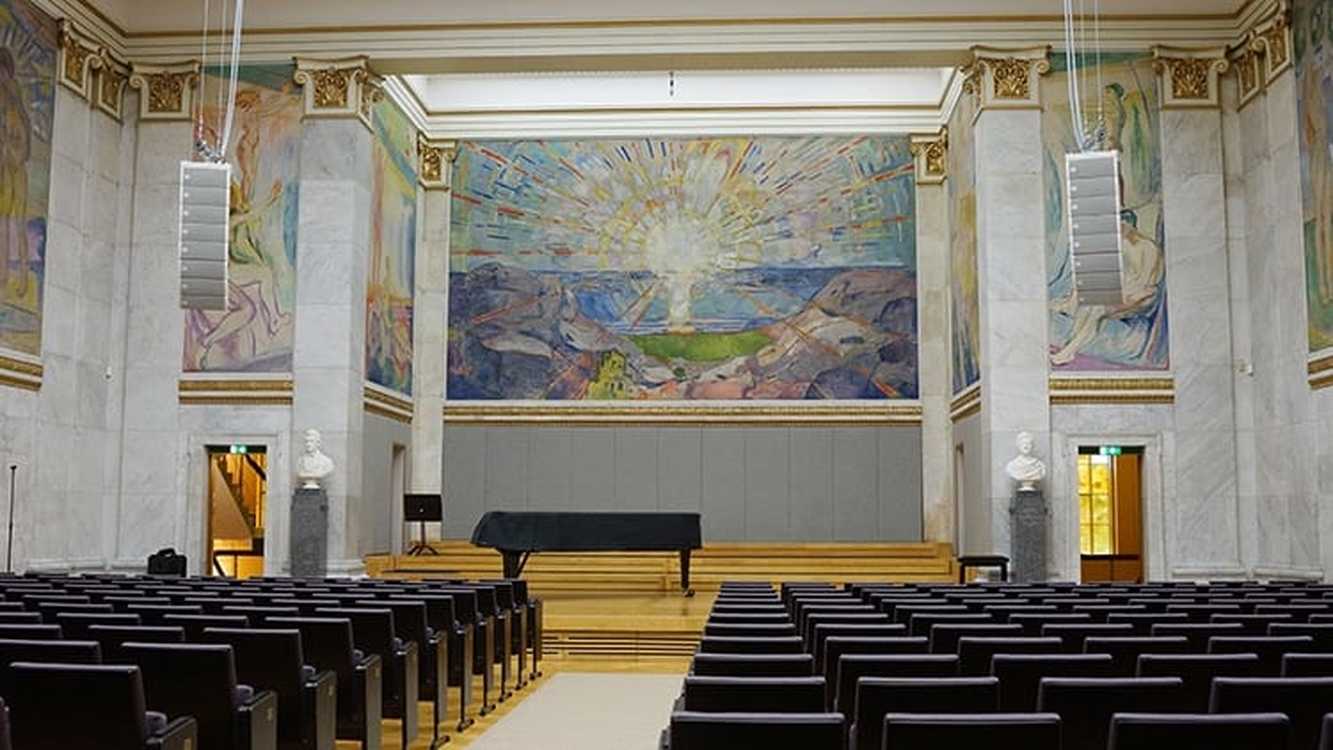 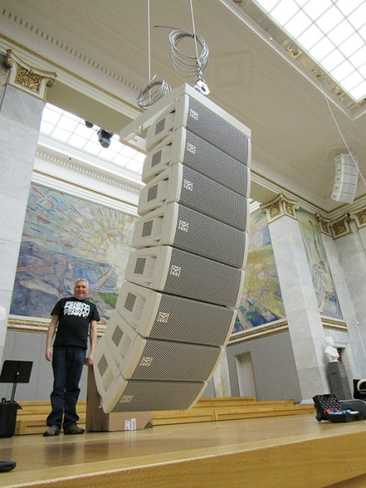 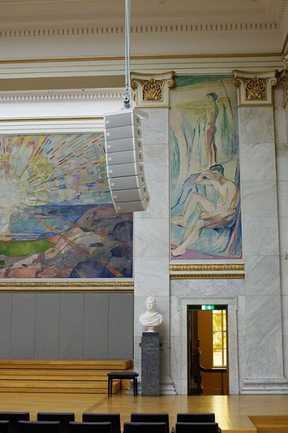 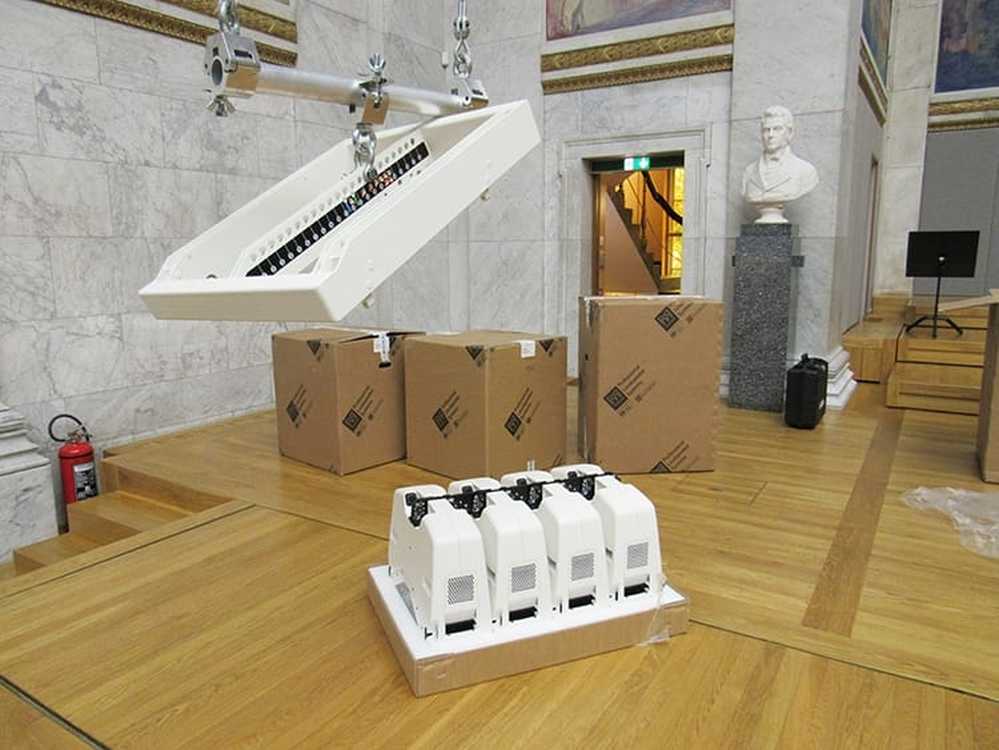 The integration was carried out by Atendi AS, Martin Audio's pan-Scandinavian distributors, and the installation itself is in the Aula, the University's famous ceremonial hall, known for its festive events, concerts and art. In fact from 1947 until 1989 it hosted the Nobel Peace Prize, but when that auditorium gradually became too small, the ceremony was moved to the Oslo City Hall.

The Aula's connection with Nobel today revolves around the Nobel Lecture, which is frequently presented there, while many other civic dignitaries also give lectures. In addition, the Aula is used for a number of high profile events such as the Oslo Opera Festival, as well as classical concerts ranging from the Norwegian Radio Orchestra 70th year jubilee concerts to small jazz concerts.

According to Øystein Wierli, Head of Audio Sales at Atendi, this is the conclusion of a long-running journey, which began nearly two years ago. During the bidding process six speaker brands were invited to conduct demos, with Atendi successfully auditioning the award-winning Martin Audio MLA Mini at the end of September 2015.

COWI Norway was the specialist consulting company, and Geir Kristoffersen, Head of Section Acoustics, Noise, Vibrations, Electroacoustics, Stage and AV, produced system specifications in collaboration with the technical crew at UiO and colleagues at COWI.

Having had experience working on concerts in the Aula some years ago, Wierli knew the task he faced. 'My first idea to solve the problematic room, with its long reverb time, was MLA Mini. The venue itself has a glass ceiling, a wooden floor and marble walls decorated with Munch paintings. This makes it acoustically very challenging.'

However, MLA Mini was only adopted after intense testing and measurements conducted in September last year by COWI, but consistently MLA Mini provided the system with the most even coverage.

'One of the requirements was that the PA system needed to be supplied in white in order to minimise the attention the loudspeaker system normally commands in a setting like this,' Øystein continued, 'with consistent coverage throughout the whole venue being a further prerequisite.'

During commissioning, it was very obvious that a distinct 'slap-back' echo could be heard in the front row of seats from the upper balcony at the rear of the hall. By using MLA's unique 'Hard Avoid' feature, it was possible to reduce the energy in that part of the room, losing the distinct echo completely.

The new PA design is based around eight MLA Mini and two MSX subs each side of the stage. Atendi also installed a front fill system consisting of four DD6 speakers, a delay system comprising a further pair of DD6, with two more DD6 as floor wedges. All amps were installed in a single rack in the attic above the Aula.

The new PA rig will now be used on a daily basis, as the Aula conducts guided tours of the venue (the attraction being the Munch paintings). Hence the tour guides will also use the new MLA Mini for speech reinforcement. In addition, the venue will also host concerts, receptions, press and media events, and so the sound system will be subjected to an arduous duty cycle.

The installation was project managed by Atendi's Lorry Kristiansen and Øystein Wierli himself, while Martin Audio's Product Support Engineer, Robin Dibble supported both the demos last year and the commissioning. 'He is a fantastic person to have on jobs like this,' Øystein enthuses, 'and the success of this project has meant that MLA Mini in white will be an ongoing available variant from Martin Audio.'

As for the Martin Audio distributors, Atendi Norway started out in 2010 as Elektrik Solutions, before changing their name at the beginning of this year. They formed a joint venture with Bico in Copenhagen, and also opened an office in Gothenburg at the beginning of this year. So the Atendi name is now consistent throughout the Nordic countries, with distribution of Martin Audio beginning in September 2015.