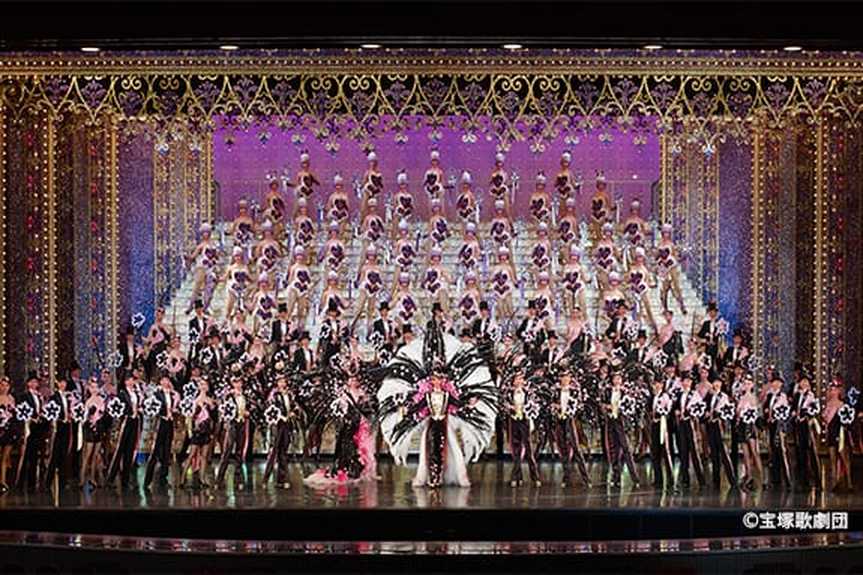 The Takarazuka Revue is a Japanese all-female musical theatre troupe based in Japan's Hyogo Prefecture - and founded a century ago by Ichizo Kobayashi, president of Hankyu Railways.

Following a tradition of bringing musical masterpieces to the stage, the latest 'Cosmos' revue troupe has revisited of The Rose of Versailles, which was first turned into a major hit by the Theatre back in 1974, to help celebrate its landmark year. And a Martin Audio MLA Mini PA system was on hand to assist.

Woody Land, who recently purchased the MLA Mini system, ground-stacked eight cabinets above two MSX subwoofers, on each side of the stage as the main reinforcement. The design enabled the system to achieve excellent intelligibility both at the FOH position, under the balcony and the top row seats on the second floor.

The latest model in Martin Audio's multicellular family, the MLA Mini, includes a unique function, the ability to connect a PC directly to the system via a USB port on the MSX sub. This eliminates the need for the network racks that the larger MLA and MLA Compact systems require. There is a USB to Ethernet adaptor available as an accessory which could then be used to connect to a wi-fi network to enable wireless connection from a PC at FoH to the system.Because it is self-powered, the space normally occupied by the amp racks on stage has been reclaimed - a benefit highly appreciated in the staging of a musical play such as this.

Mr. Kurashige, Woody Land's sound engineer, explains. 'MLA Mini is fantastic because of the consistency of the sound throughout the venue - from the front row to the end. It is also nice that we can change the directivity of the array - not physically but electronically - using different parameters, even though the rehearsal may have already begun.'

He noted that the incredible ability of the MLA Mini was the perfect complement to such a beautiful production of The Rose of Versailles.

The photography used is taken from the Takarazuka Musical and not from The Rose of Versailles.