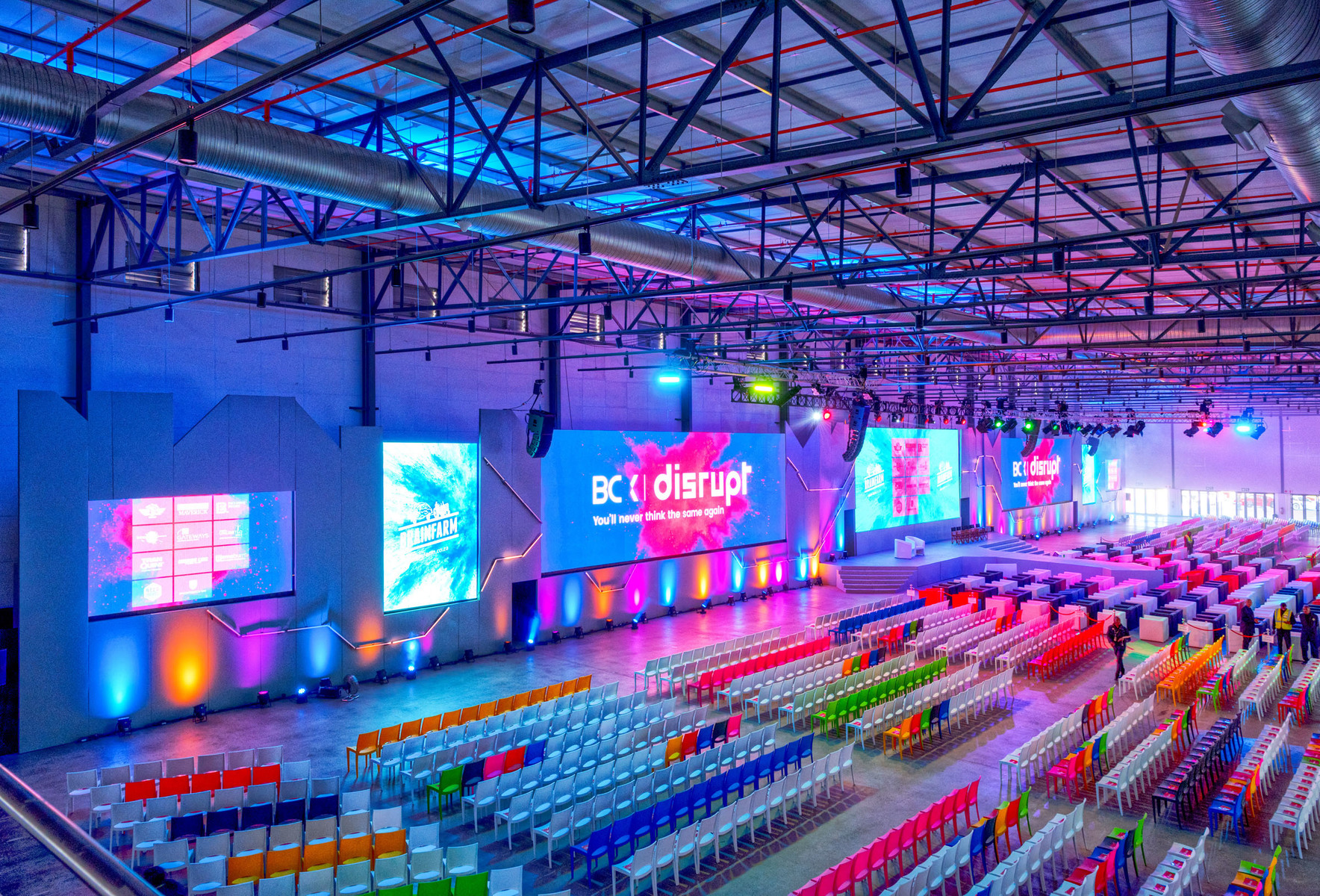 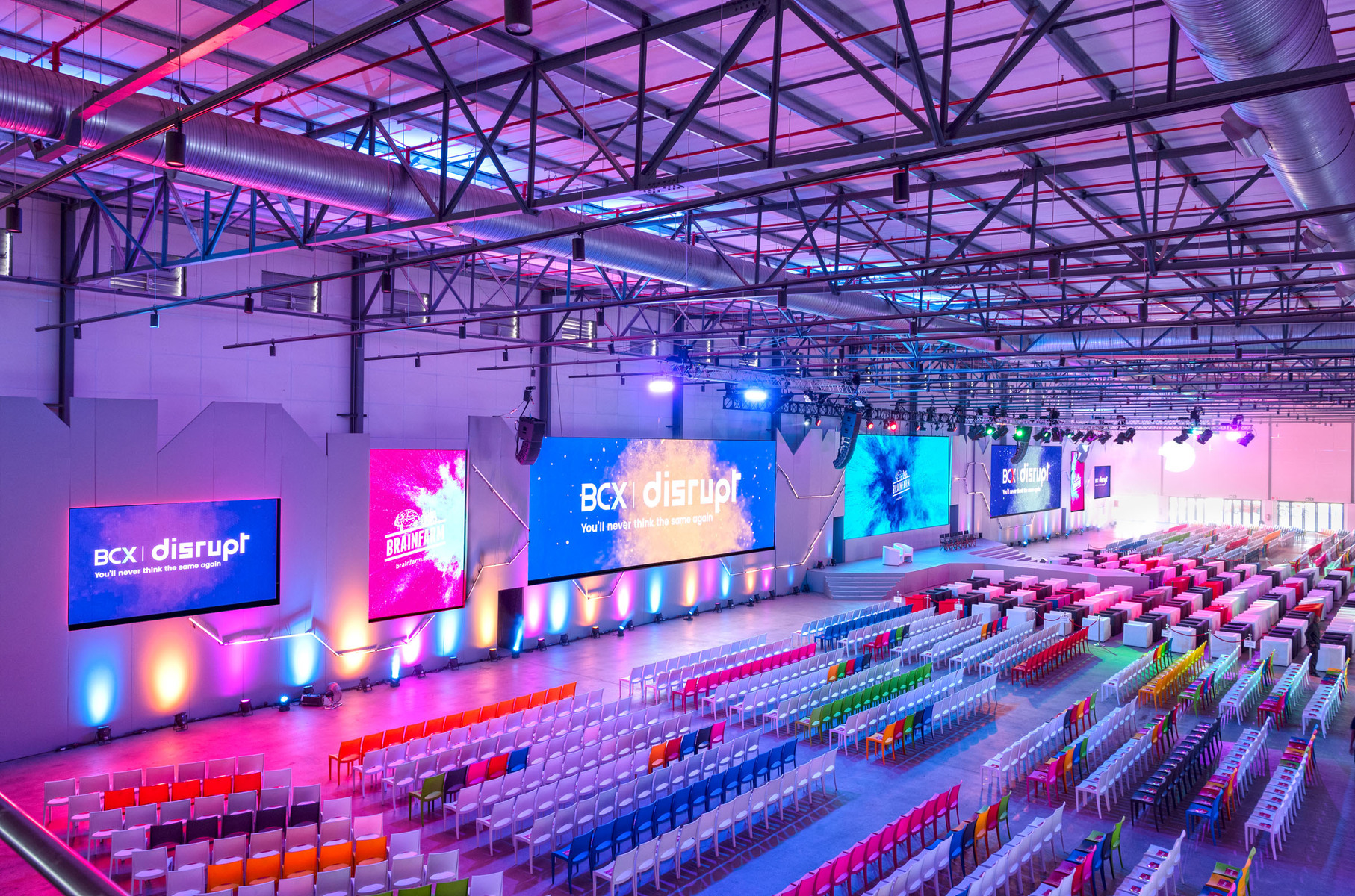 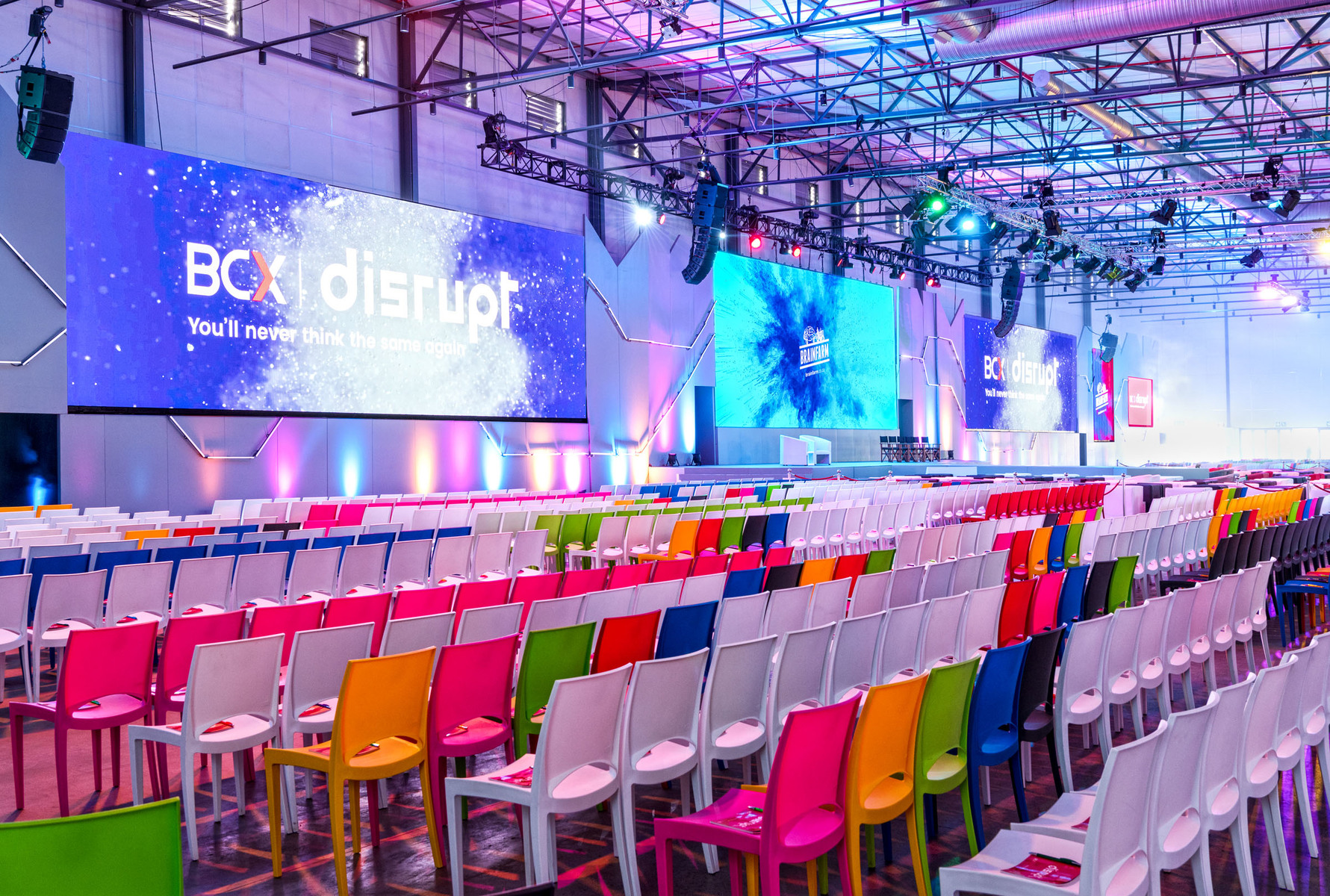 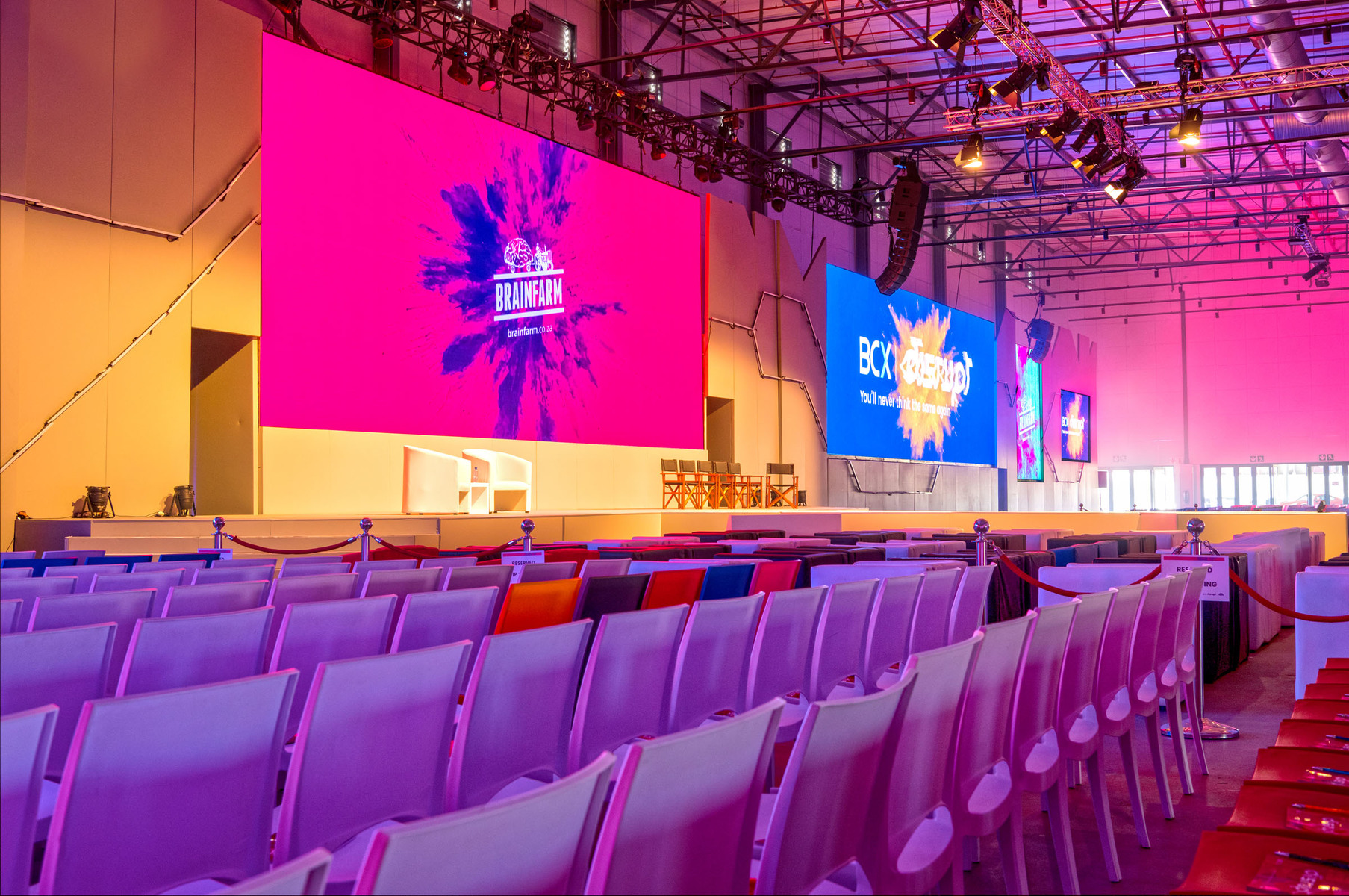 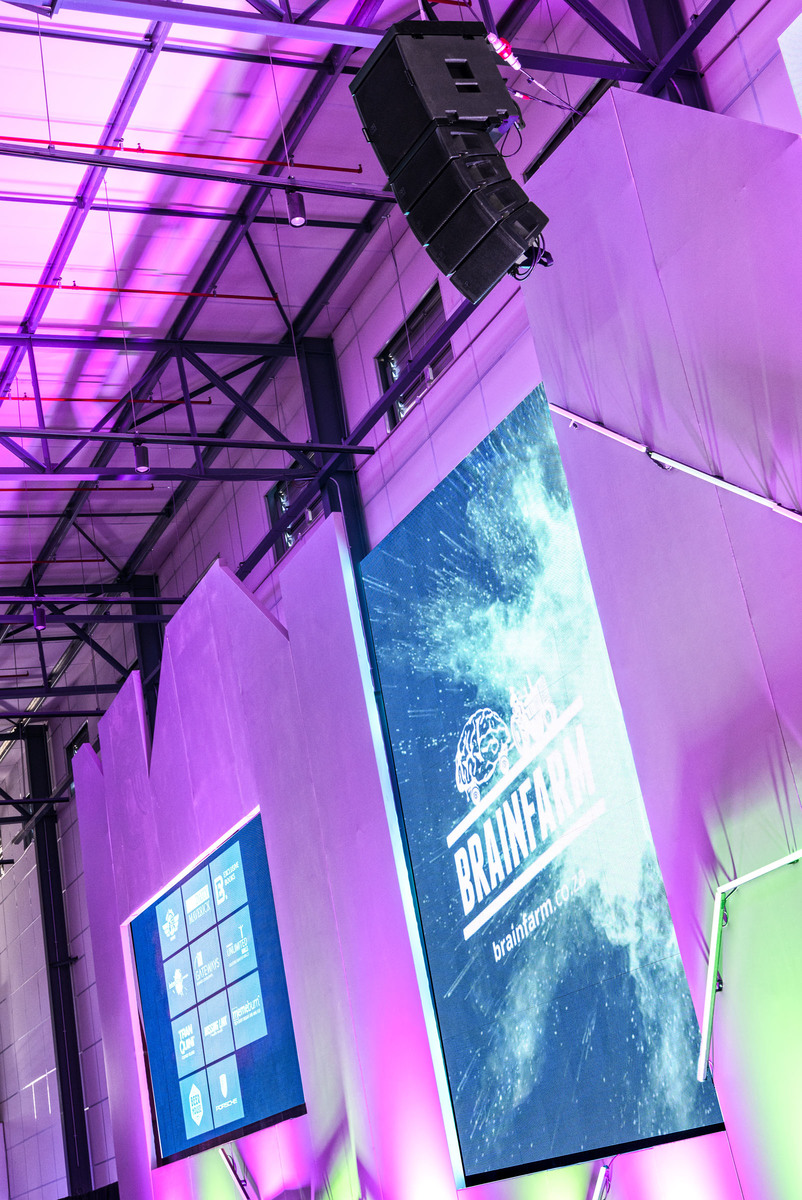 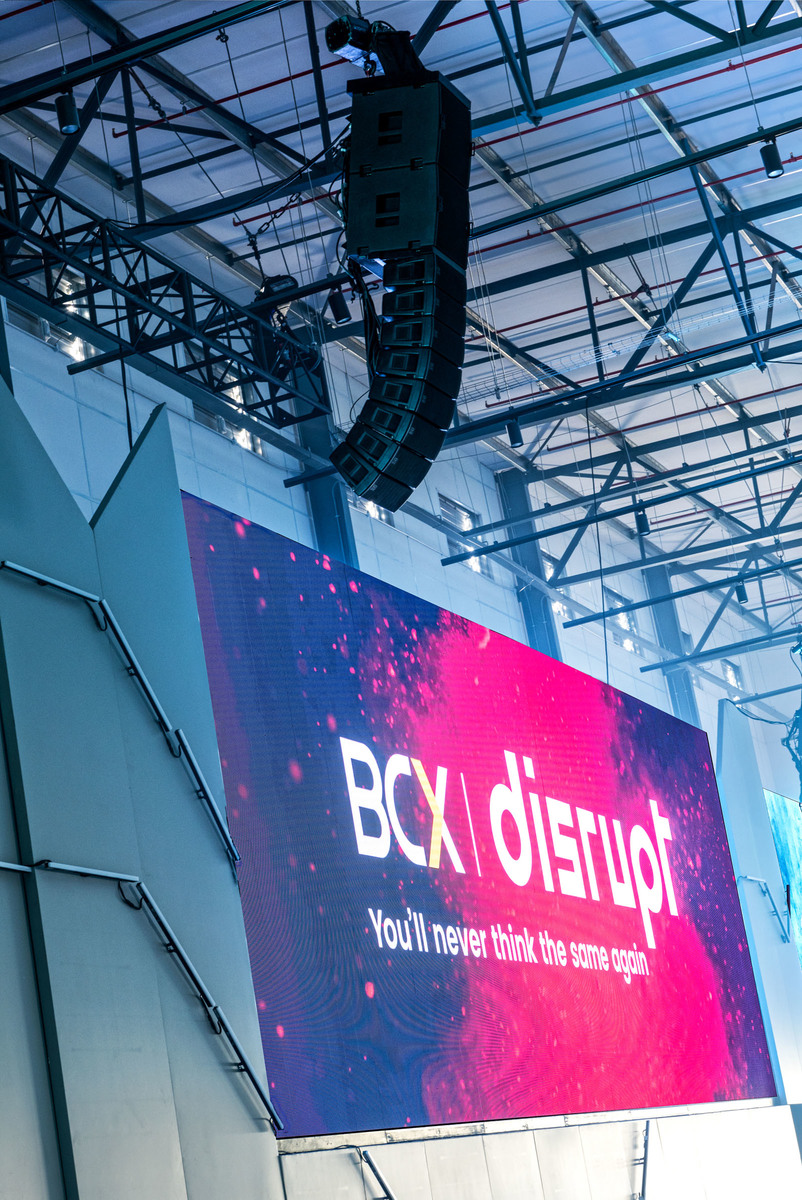 Lucidity acquired its first MLA cabinets back in November 2014 from Audiosure, Martin Audio’s South African distributors. They then followed this up with a further purchase in mid-2015. For the Summit, they were able to equip the Kyalami Conference Centre, where it was held, with their full MLA Mini inventory of 24 MLA Mini and six MSX subs.

The system was specified by Lucidity owner, Paul Newman, deeming it to be the most suitable PA for this venue. Was he convinced that the smaller footprint of Martin Audio’s award-winning series would be man enough to cover 2,000 delegates, the response was unequivocal. “Yes, absolutely,” was the reply. “We didn’t have any heavy musical content — the playback was predominantly speech, with speaker intros and videos.”

He stated, “Knowing we were going into a tough reverberant venue the plan was to try and not ‘excite the room’ unnecessarily where the audience isn’t and keep the levels down when and where possible. Given that the PA was to be flown as high as possible, out of the sight lines of the screens, this meant that we wouldn’t be able to ‘come in close’ to the audience. But this did mean that we could achieve a good physical angle relative to the audience area and away from the back wall.

“My usual method is to run a first quick pass through the Display 2 software to calculate the angles and set ‘Non Audience’ and ‘Hard Avoid’ areas as normal and only go back into the software once we have it all up and passing audio, when I can listen for any problem areas.

“In this case I was pleasantly surprised that, although the room had an RT60 time of about a week (!) the PA behaved very evenly across most of the audience area.”

With that, he decided to adjust the coverage stop position to hit the back wall less, and increase the ‘Priority Slider’ of the ‘Non Audience area’ by a few percent and upload that to the boxes, then pass noise through again. “At this point most of the other people in the room were thinking I had some dark power over reverberant waves and the big brass were saying that the room sounded pretty good — so that’s a win for us and I’ll take that every time.

“By putting the PA hangs on separate matrix busses I was then able to walk-in a few milliseconds of delay to the outside hangs and make a few EQ adjustments— firstly to account for the things going on in the room and then to account for the differences in the PA hangs due to the inside hangs being bigger than the outside hangs, this also helped in that I could reduce the level or even shut off the outside PA hangs depending on the audience size from one session to the next. This, combined with the MLA Mini’s ability to focus and optimise the PA for the specified audience area, helped tremendously in not sending unnecessary energy to where the audience wasn’t.”

Paul Newman agreed that the PA system had coped admirably with the concrete and steel shell building. “It poses a challenge getting the audio to cut through without the low end reverberation interfering, but we managed to do this exceptionally well … so much so that we have received a call from another events company, which manages a similar size event in this venue, to provide the audio solution for their event later this year.”