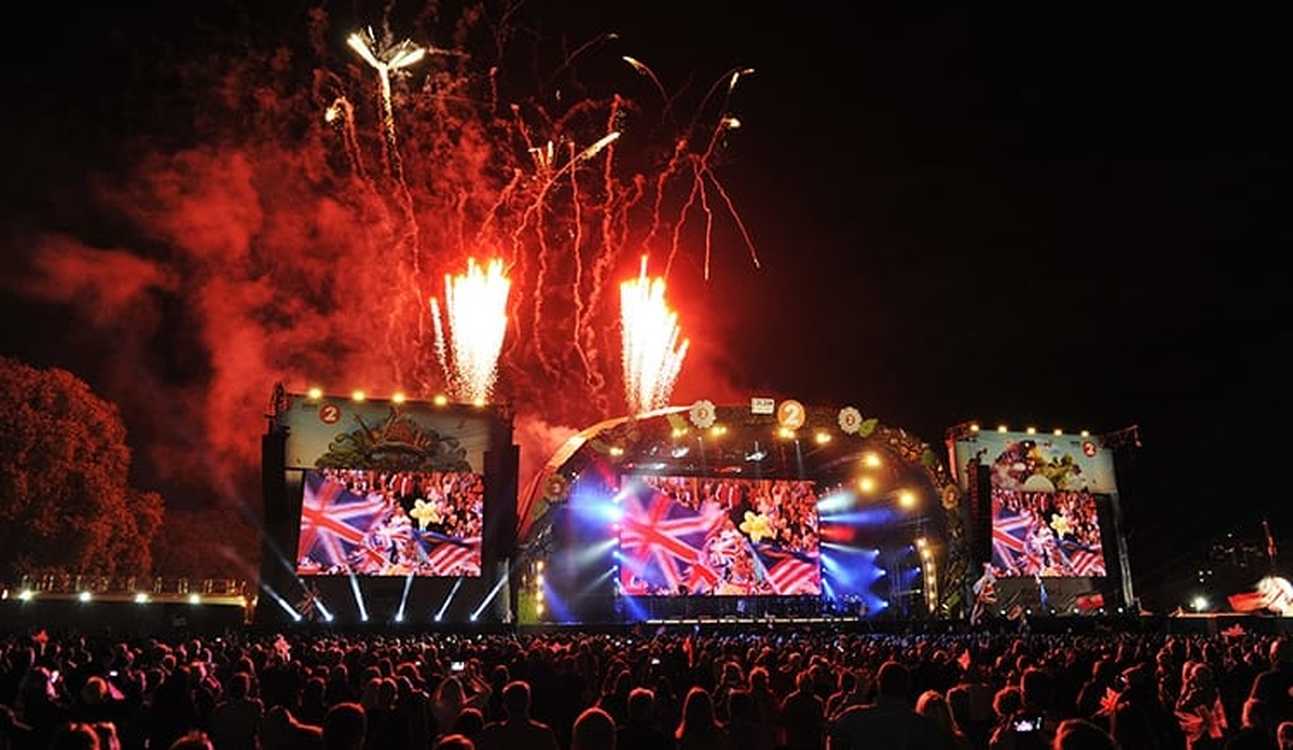 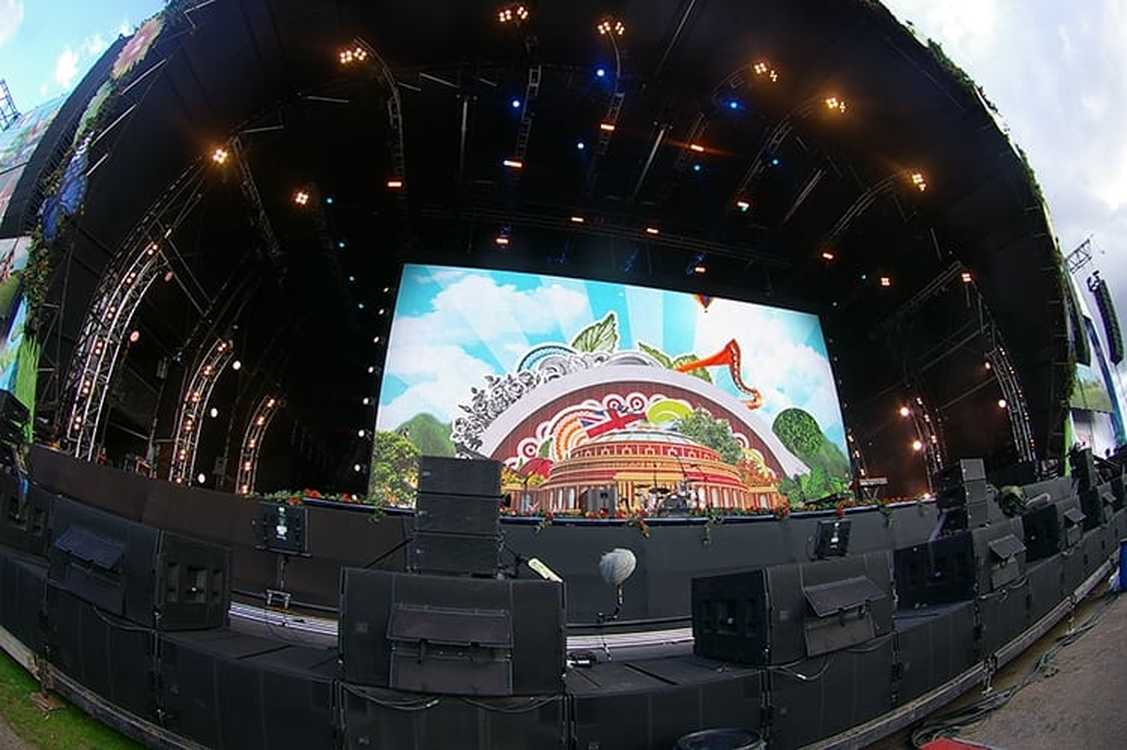 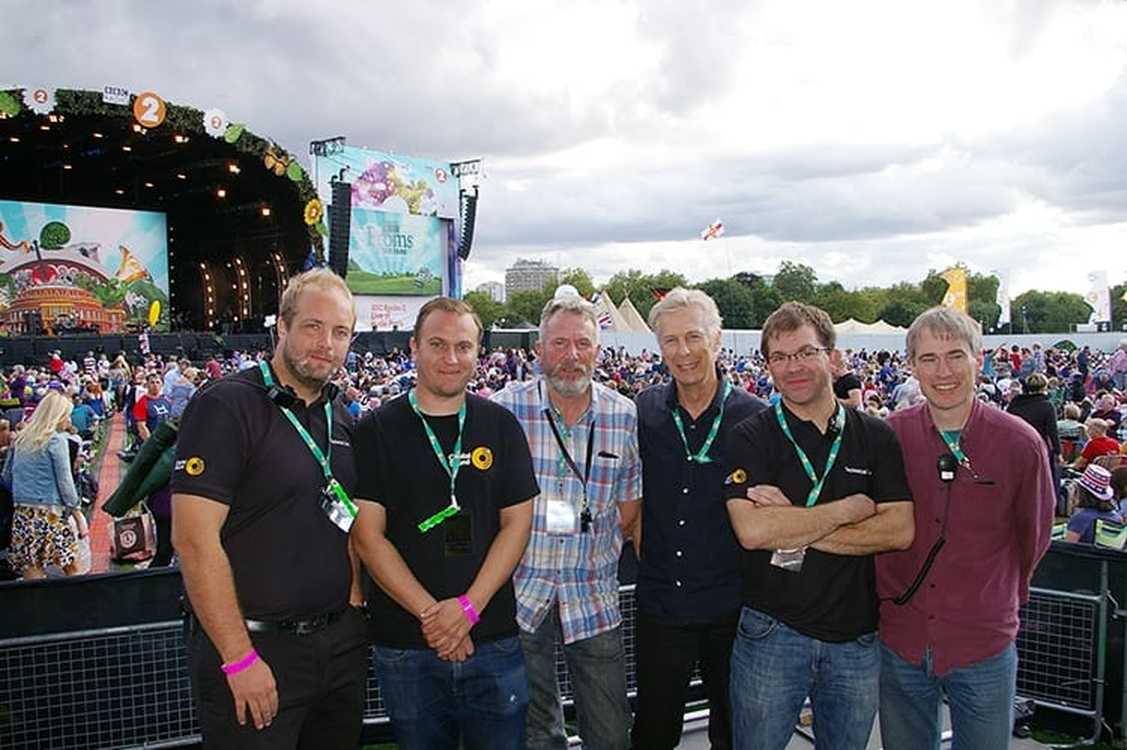 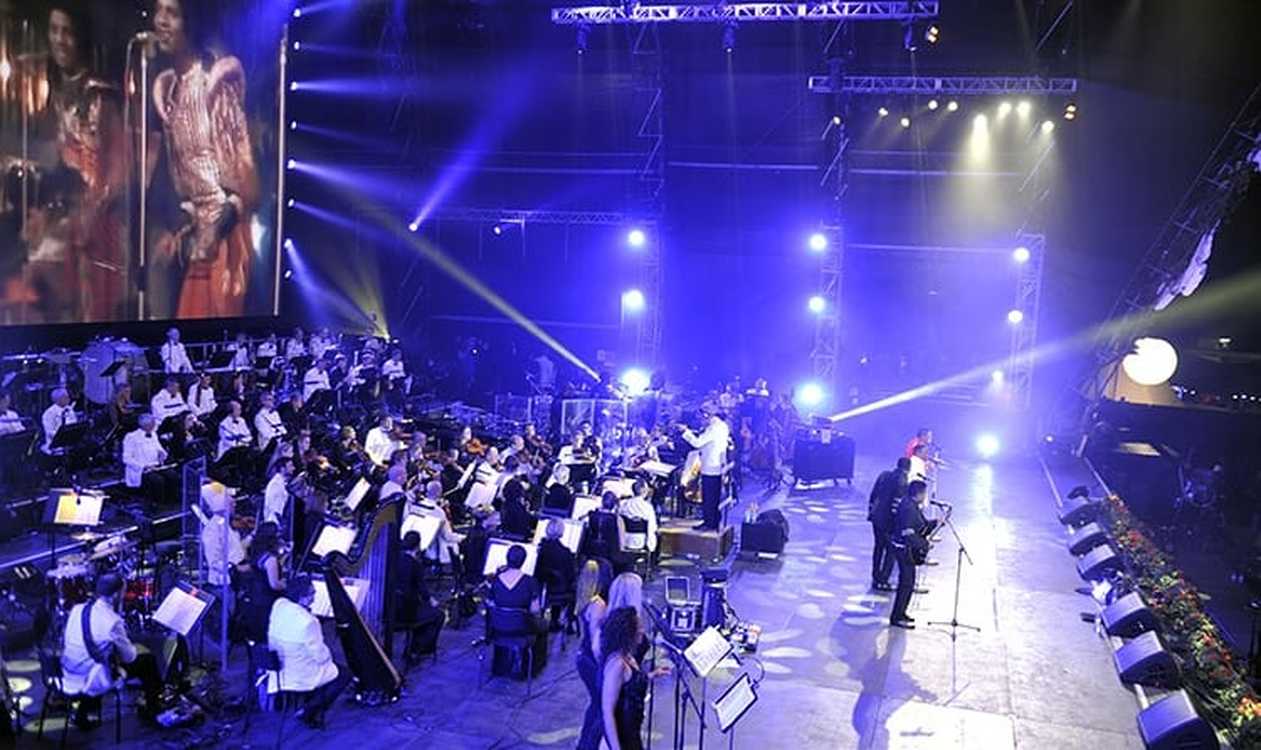 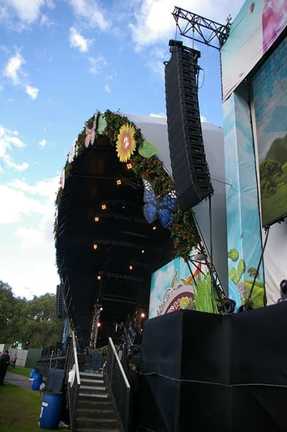 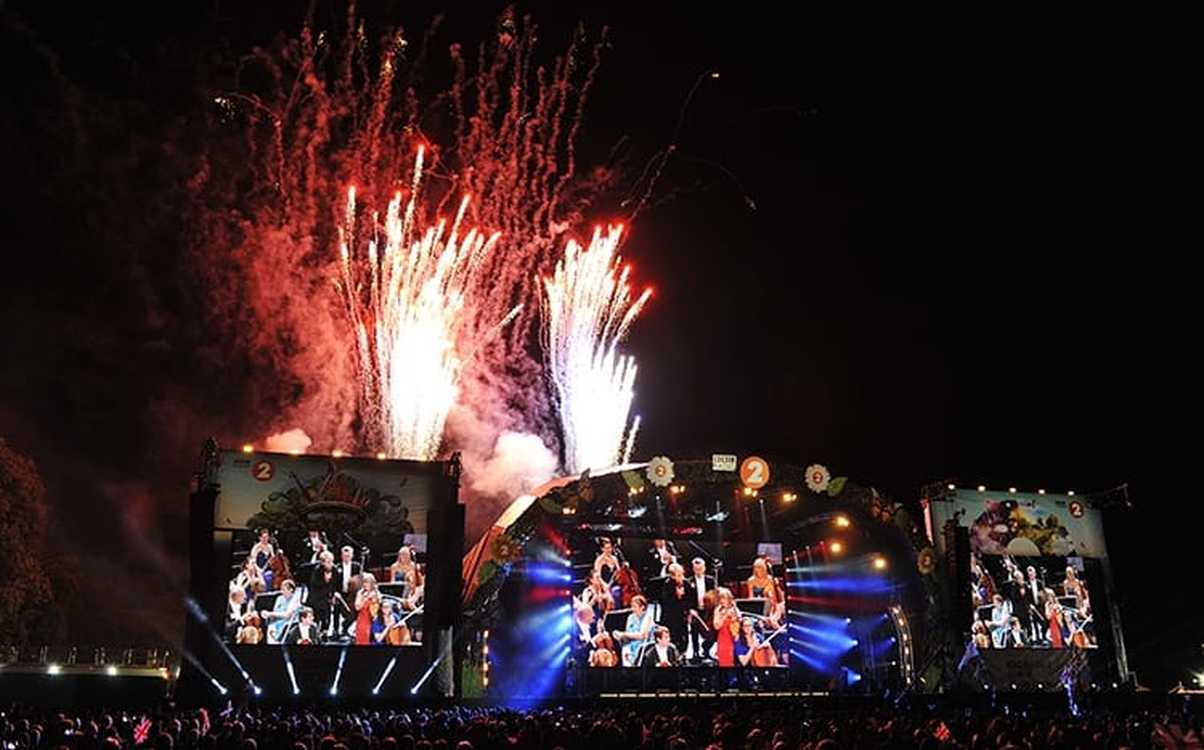 MLA PASSES ITS TOUGHEST TEST YET AT PROMS

Capital Sound's big weekend at Hyde Park, which traditionally brings the curtain down on the festival season, saw Proms In the Park link up live with the Last Night of the Proms at the Royal Albert Hall, while similar events took place in Belfast, Swansea and Glasgow.

The sound company has now become accustomed to rigging its flagship Martin Audio MLA at the London site, mitigating its historic problems with offsite noise escape; working for promoters Festival Republic for the second year they were probably anticipating an easy ride following the successful system induction in 2014.

The BBC installed two 'interview' tepees in the Guest Hospitality enclosure - a stone's throw from the right PA hangs and outfills - and requested the sound to be steered away from this area in order that artist interviews between acts could go live to air without stage sound intrusion.

Martin Audio's two technical support specialists knew they would be able to write a new profile for the side hang, negating the need to turn specific boxes off. 'The original sound design was as requested with coverage into the Guest area, where the interview tepees were directly within the coverage area,' he says. 'All the arrays were flown and strapped at the bottom to avoid any movement in windy conditions, video screens were in position and banners added above and below the video screens. To bring an array in to redeploy with different angles would have been a nightmare and would have added hours of work.

'Fortunately knowing the unique technology available with a multicellular system the obvious answer was to use the 'hard avoid' feature. Between Andy [Davies], Toby [Capital MLA tech Toby Donovan] and myself we created a unique optimisation for that hang. We created a profile which maintained the coverage we originally had for the audience area - with the exception of the area from under the array to just beyond the tepee which was specified as 'hard avoid'.

'The result was startling,' recalls Martin Connolly. 'As you walked towards the array the coverage sounded identical to the previous optimisation, suggesting that the level would not be sufficiently reduced at the tepees; but the reality was extraordinary, the drop in level was huge.'

'We all looked at each other with huge grins,' continues Connolly. 'I don't think I have ever experienced such a compelling demonstration of the control available from an MLA system. It worked exactly as intended, the interviews were broadcast to air and were relayed to the audience through the main system - including the side hang - without the slightest hint of feedback. It would have been impossible to achieve the same result via such a method with any other system.'

Other refinements were made to the delay positions, with three rings of 10 positions spaced across the 400 metres from stage to the back of the audience. In order to maintain sound levels through the audience, there was a smoother front to back SPL profile with the delays running at only a few dB lower than the main arrays to give the audience a far more engaging experience at a significantly higher level.  Positionally, they moved the first delay ring 10 metres further back from the stage, the second ring 20 metres and the third ring 30 metres. Says Connolly, 'In the coverage area of the final ring of delays we measured only 3dB lower than at front of house, and the best test for this was how involved the crowd became when asked to participate. The clear proof was that the synchronised arm waving instigated by Tony Blackburn to Hi Ho Silver Lining extended right to the back of the arena.'

A further new feature was the deployment of ten Martin Audio DD6's at the BBC's VIP stand, the structure of which had changed this year. 'Last year we made sure we avoided hitting the glass doors with sound to avoid reflection,' says Connolly. 'Therefore, by steering the MLA Compact delay hang nearest the structure away from the veranda, the sound needed lifting in the HF; deploying a DD6 on each pillar led to a significant improvement.' Capital also installed 12 Martin Audio F8 inside the structure - both systems time aligned to the main system but with local control.  Nigel Meddemmen added, 'One of our R&D department's great achievements has been to give such a uniform tonal balance between all systems so even the smallest speaker will blend beautifully with a large multicellular array.'

And so once again Capital Sound was able to work well within the parameters set by noise level acousticians, Vanguardia. 'We were able to obtain 98dB(A) easily at FOH while dropping to the specified 75dB(A) offsite,' said Martin Connolly.

Also more than happy with the result was head of production, Dick Tee. 'Capital Sound provided the MLA audio system for the Proms night and once again the system proved to be excellent,' he said. 'The coverage was even across the whole arena and the levels were expertly managed to ensure the audience had first class quality sound to enhance the BBC Concert Orchestra's live performance.'

There was no change to the coverage profile for the second day, Radio 2 Live in Hyde Park. The 'Festival in a Day' is designed for the Radio 2 audience with a wide range of acts - none of them requiring heavy SPL. 'As for the sound system, nothing was changed between the two days other than some minor tweaks to compensate for fluctuations in weather conditions,' claimed Nigel Meddemmen.

Summing up the event, Martin Connolly stated, 'Everything went smoothly and the BBC were happy with the way we controlled the sound. Once again complaints about offsite noise levels were only a handful over the entire weekend, and Westminster Council was delighted with the success.'