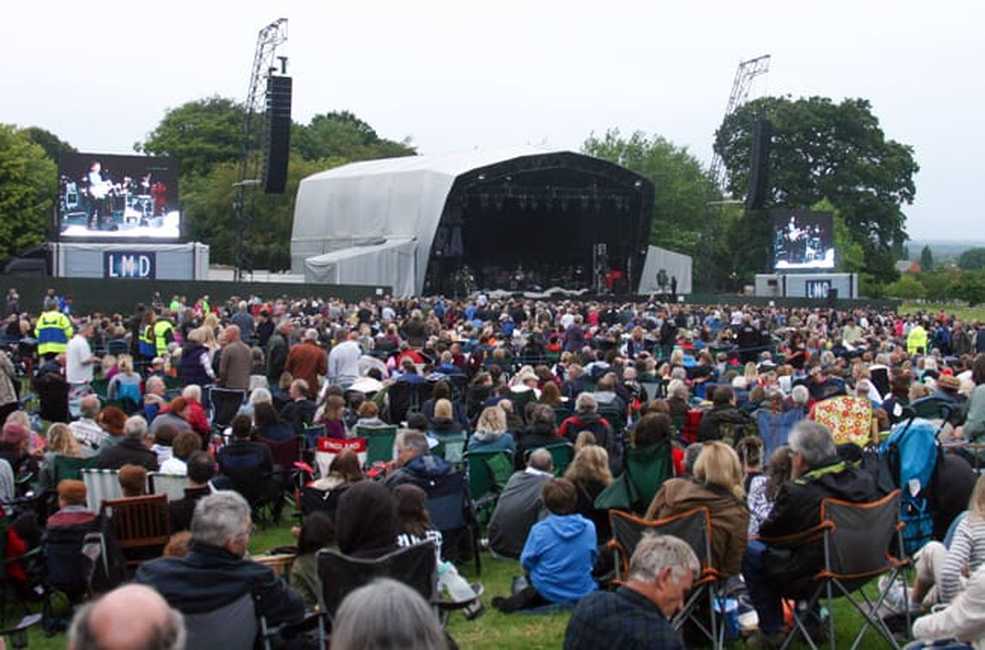 Now into its 18th year, the annual Glastonbury Abbey Extravaganza, originally started by Michael Eavis for local people who couldn't get to the Glastonbury Festival, has become one of the highlights of the year in its own right.

As with the main festival, RG Jones Sound Engineering provides the audio infrastructure and has done so for many years, as has their project manager and experience sound consultant, Simon Honywill. For the past three years the sound company has fielded the Martin Audio MLA Multi-cellular Loudspeaker Array for these Extravaganzas, which take place within the ruins of an ancient monastery whose origins date back to the 7th century.

Previous headliners for the event in the Abbey's spectacular grounds have included Van Morrison, Jools Holland, Bryan Ferry, Madness and Status Quo. This year, it was the turn of rock legend Robert Plant and his new band, The Sensational Space Shifters - while local interest was kept alive by the appearance of Bristol based George Ezra and the Wildflowers.

Mixing psychedelia, African trance and "21st century warped dance beats" with Zeppelin classics, the sound was mixed by the highly experienced Ben Findlay from the nearby Real World Studios, while Honywill himself mixed the impressive Wildflowers.

While the asymmetrical site poses no problems in terms of sound spillage or noise pollution, it requires a considered approach to achieve even coverage due to the unusual geometry. 'The sound is well contained, and we have a good relationship with the sound measurement consultants,' Honywill confirms. 'MLA does the job really well and the coverage is a lot more even than we have experienced in the past.'

RG Jones designed the system around 16 MLA elements per side with blocks of six Martin Audio W8LM providing Left/Right stereo infills. A further four W8LMDs provided front fills while a ground-stacked set of four W8LC's delivered outfill coverage at stage left only. Across the front were 12 x MLX subs in a broadside cardioid array.

Set around 100m back from the stage, the two delay towers recognised the unusual shape of the site. Masts of eight W8LC, each with a bass array comprising three Martin Audio WLX 1 x 18 subs, ensured that the 10,000 capacity audience were wrapped within the sound field – and all experienced totally consistent sound.

In conclusion, Simon Honywill says that the event continues to promote a strong local content - but on a higher plane. He also harks back to the memorable year that Nigel Kennedy performed Elgar's Violin Concerto as being a real highlight - and says that this year was right up with that.

'The event sounded fantastic - and I think Ben was very happy with the performance of MLA as well.'