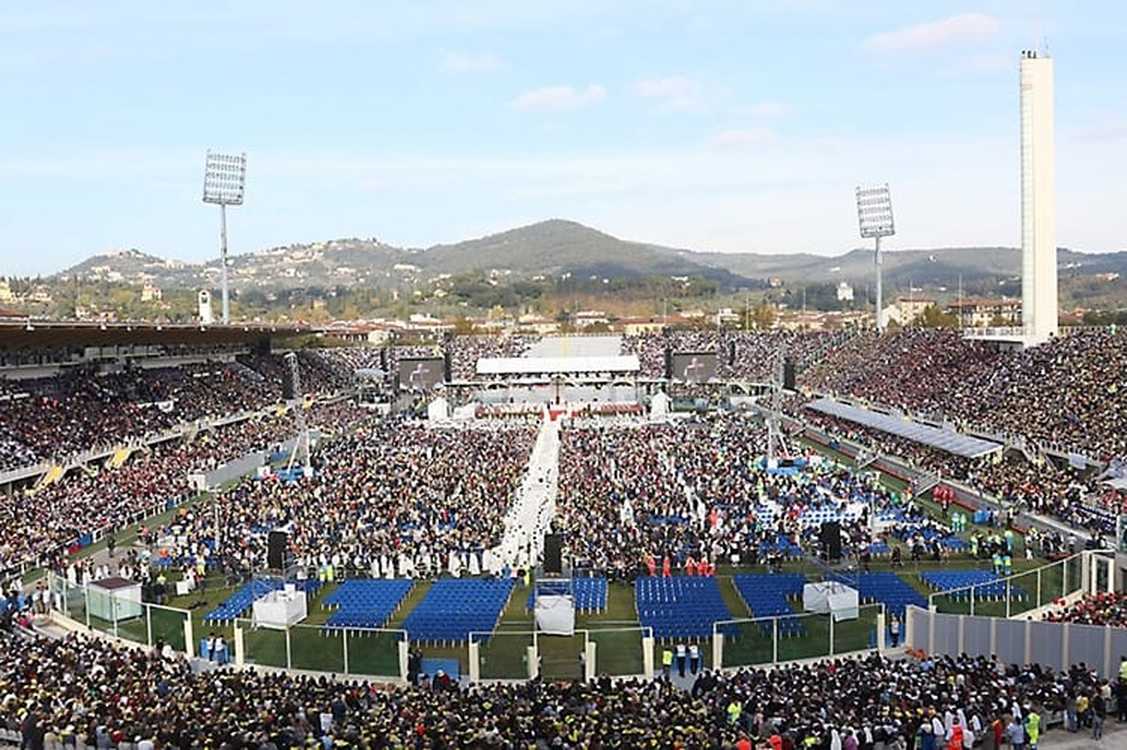 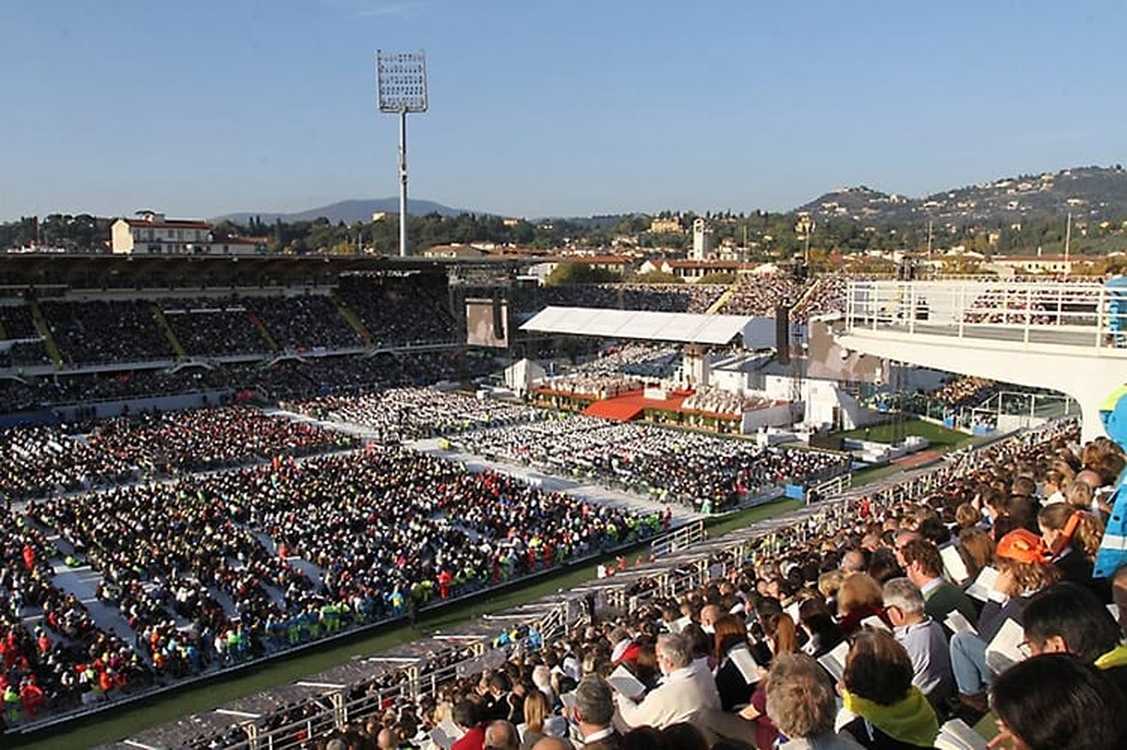 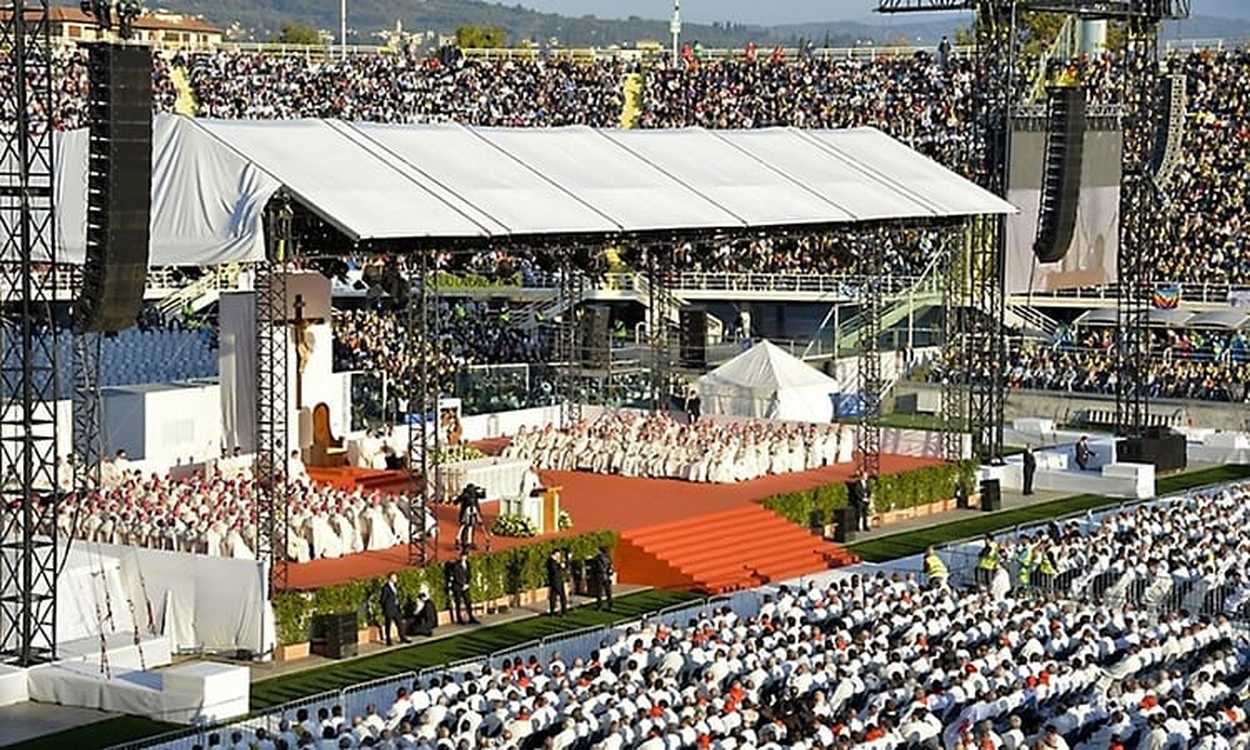 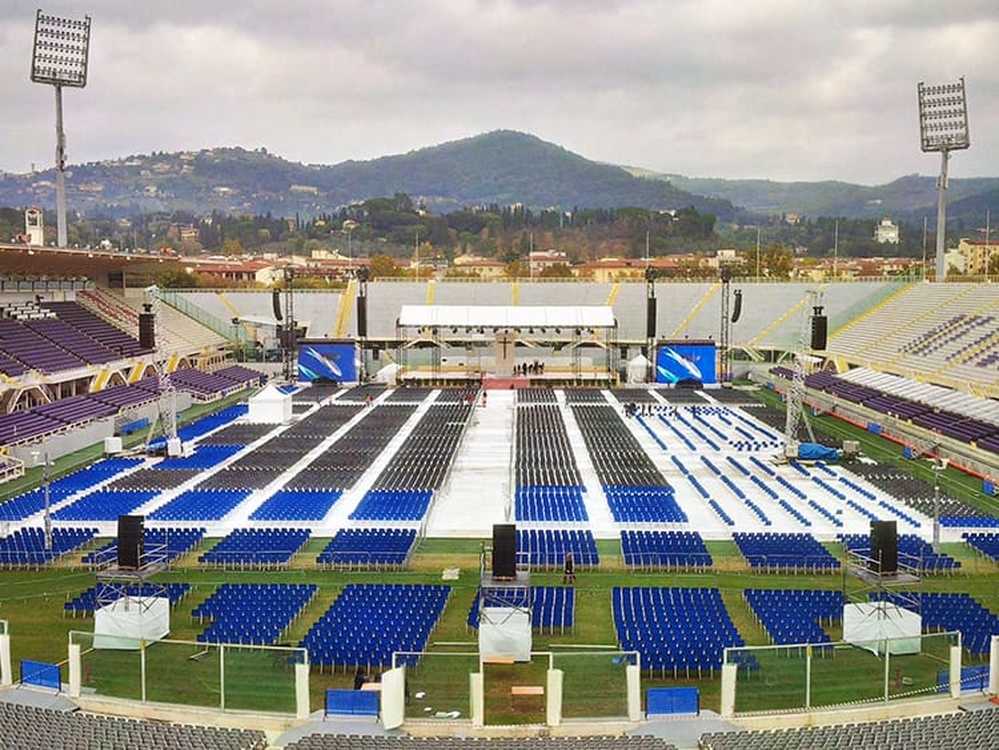 MLA SPREADS THE PAPAL WORD TO 50,000 IN FLORENCE

More than 50,000 people assembled in Florence's Artemio Franchi Municipal Stadium on November 10 to welcome Pope Francis on his short Italian tour, to mark the Fifth National Congress of the Italian Church.

The Holy Father celebrated Mass accompanied by a 400-piece orchestra, a giant chorus of 1,037 people - and an expertly designed Martin Audio MLA system to distribute the message to the faithful who had flocked to the stadium.

No fewer than 132 Martin Audio cabinets were deployed across the stadium - provided by Lucca based Amandla Productions, while the All Access consortium (of which they were founding members) supplied the award-winning Martin Audio MLA loudspeaker array.

The success of the event was due to the close cooperation between the technical managers of the respective companies, Wolfgang May for Amandla Productions and Paul 'Red' Talami for All Access.

David Lapini, owner of Amandla Productions, said: 'The event was very successful, thanks to a close cooperation with the mangement/production, which is always required to assess the feasibility of changes requested directly from the Vatican.

'The Pope is extremely accommodating when those who work with him have to change the logistics of his movements.'

He added that the sound system, co-designed and managed by May and Talami, had proved hugely popular. 'We received compliments from many industry experts, which was a source of great pride and satisfaction for our company,"  he said.

"Under the main hang we mounted a further six Martin Audio MLX subs on each side,' continued Red. 'Although not strictly necessary for the ceremony itself, they came into their own with the resumption of the orchestra - particularly the organ and percussion - and they were aesthetically appealing.'

The music programme in the curve 'backstage' had a dedicated mixing position to avoid drop off and feedback, given that two of the four W8LC stacks were adjacent to the choir and orchestra.

'It was really satisfying to have received praise from production, for what we achieved at an event of this magnitude,' concludes Red. 'I would like to thank all the technicians, both from All Access and Amandla Productions, who made this audio production so impeccable -  in particular Wolfgang May, Vittorio Magro, Tonio Gargano, Andrea Frassy Marco Zaffuto, Mirco Lenzi and Paul Marradi.'

In addition to the sound, Amandla Productions were also responsible for the video in the Franchi stadium, as well as lighting on the main stage and the many mega-screens installed in the streets of Florence and the Stadium Luigi Ridolfi - into which the Pope had flown earlier that day - which allowed the city to be able to follow the event direct.