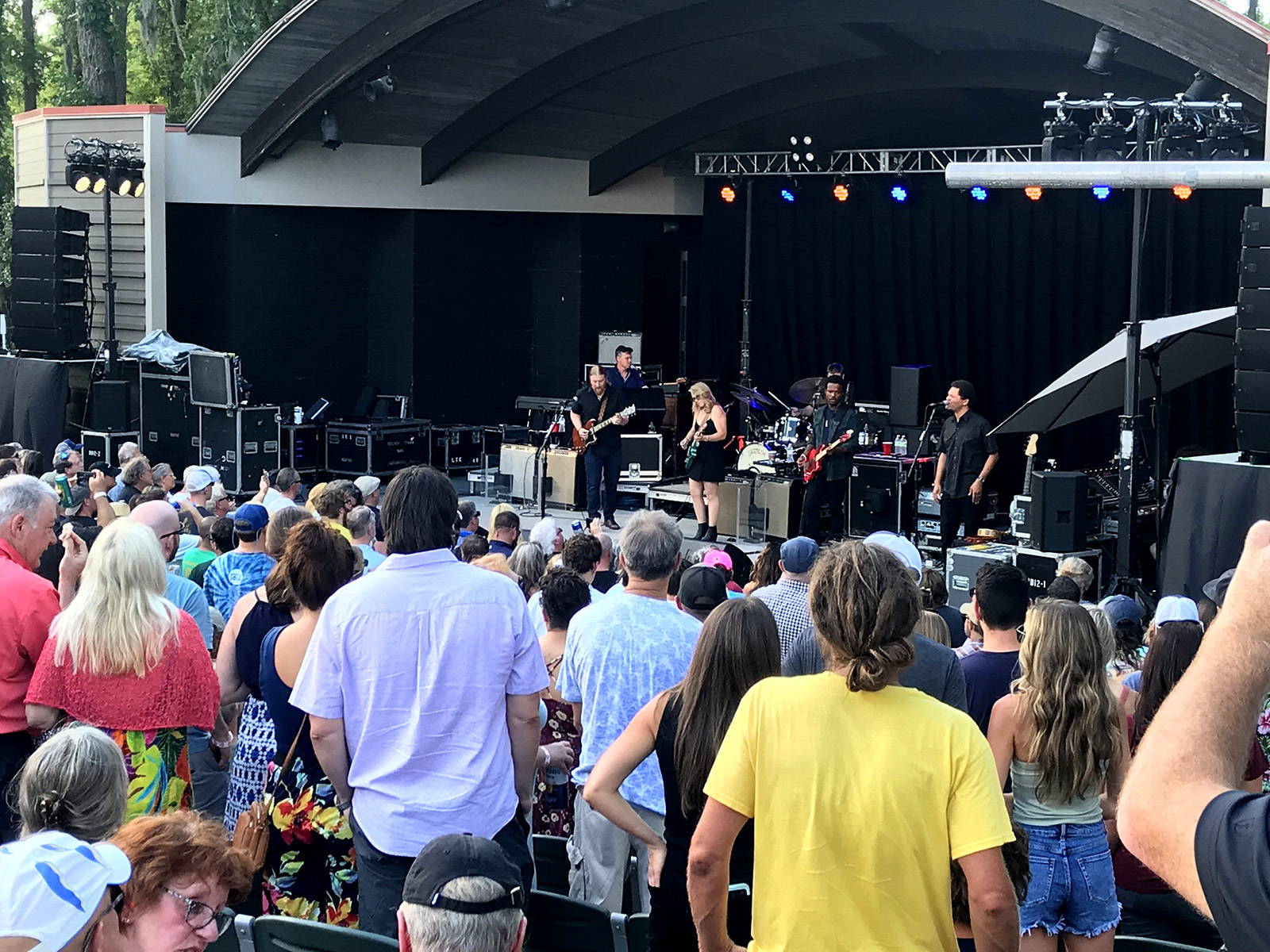 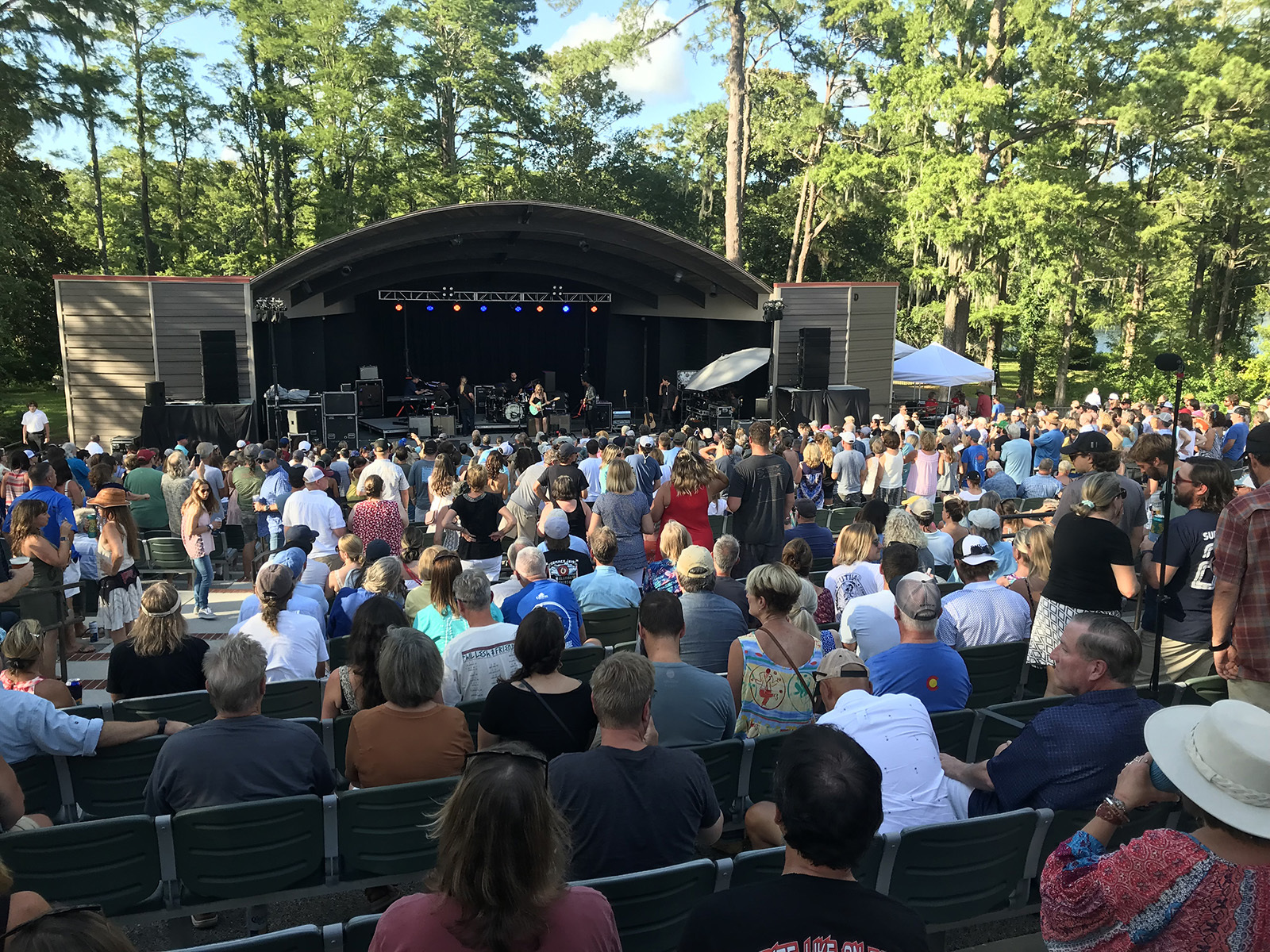 Martin Audio MLA Compact PA was selected by the artists themselves for its unique control technology, that would afford the capability of avoiding slapback from the highly reflective building fascia behind the FOH mix position. This was supplied by Martin Audio rental partner RMB Audio, based in Raleigh, NC.

The 1200-cap amphitheatre seating rises 11.6 ft above the stage and at a distance of 95 ft is the cinema booth, situated directly behind the audio engineer. Reflections from behind generally impair the engineer’s assessment of the mix.

However, Martin Audio’s DISPLAY predictive software was employed from the stage position, the audience start and elevation to the mix position in order to ‘hard avoid’ the cinema booth.

RMB Audio owner, Cooper Cannady, explained that there was no means to fly the cabinets—only wing or ground stack. Thus six MLA Compact elements were ground stacked on 5 ft high decks, positioned on the stage wings. Six DSX subwoofers were set in a broadside time aligned arc behind the barricade for the audience. Further Martin Audio DD12 networkable cabinets were applied as infills (and a single DD12 for the outfill area).

The venue was fully sold out, much to the relief of facility manager, Jenny Dubois. She expressed her delight at finally having returned to live entertainment, in front of an extremely grateful audience.