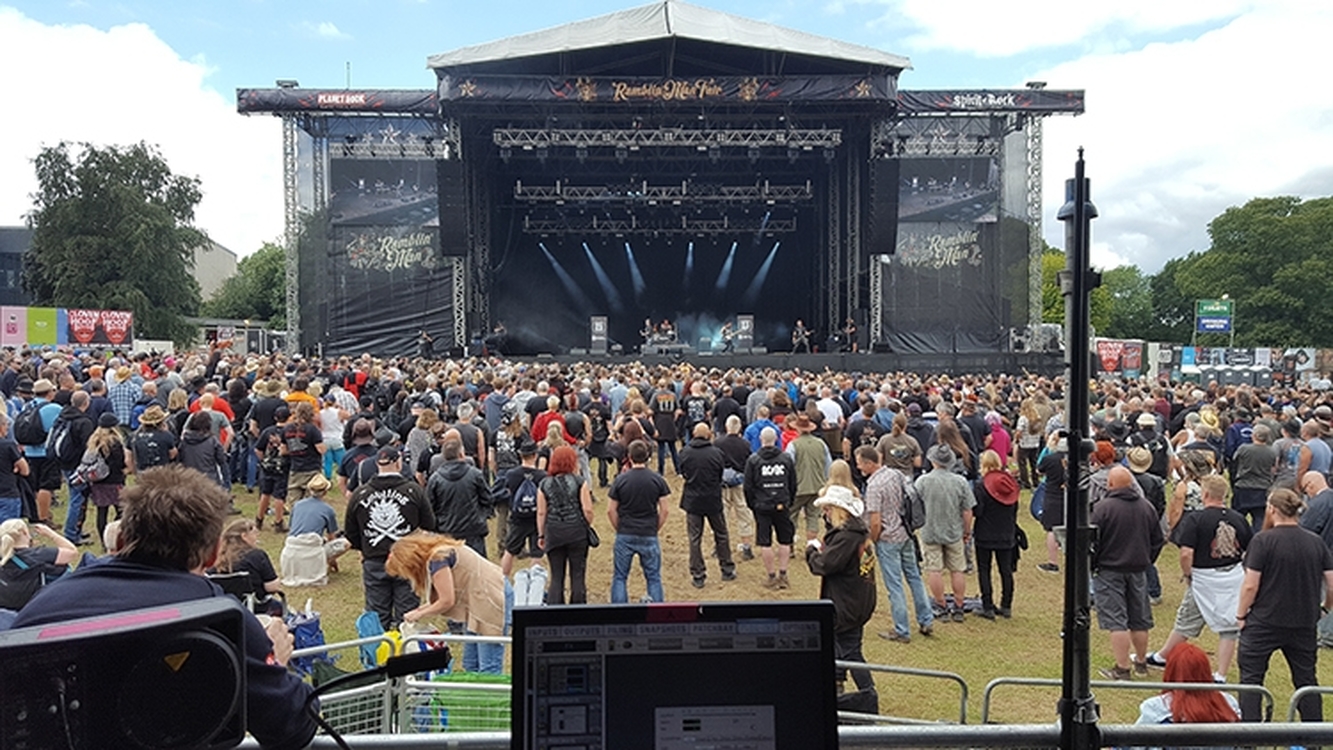 Promoted by Spirit Of Rock it is billed as 'a rock festival designed for rock fans by rock fans.'

Set in Maidstone's familiar Mote Park, sound production company Capital Sound were contracted to provide the audio infrastructure for the first time this year, and they were eager to show off the power of Martin Audio's game-changing MLA PA to Kent's rock community.

Project Manager Robin Conway was himself responsible for winning the contract after meeting with the event's Technical Production Manager, Kev Sutherland. 'I think he was impressed that we were able to come up with a total production package built around MLA,' he said.

Capital provided sound reinforcement for all four stages but it was the Main Stage (Planet Rock) hosting acts such as ZZ Top, Saxon, Extreme and Glenn Hughes, that benefitted from MLA.

Capital rigged 10 x MLA elements each side, supplemented by an MLD Downfill at the base of each hang. Underpinning this were 13 MLX subwoofers, designed in a

The site itself was described as like a contained amphitheatre-style bowl. But with a residents home in the direct line of fire of main stage, propagation issues had to be dealt with (complying with offsite levels set by consultants Aria Acoustics). But experienced system tech Joseph Pearce was able to programme a series of optimisations in the dedicated Display software to handle all eventualities with ease.

'Everyone was delighted with the sound and all the headliners achieved the levels they were hoping for,' confirms Robin Conway. 'The sound couldn't have been any better. You always want to give bands the best level you can - and we achieved that.'

He also commended the scale of the stage - a Star Events 20metre VerTech stage - that afforded plenty of room to manoeuvre and to position the large sub array without compromise.

Summing up the sound system, he said, 'MLA sounded great … but then again it always does.'

Other crew on duty were FOH tech Micky Griffiths, who mixed many of the acts; George Breacker and Matteo Noviello (monitor techs) and Harry McCann and Finlay Watt (PA/stage techs). Overall production manager was Rachel King.