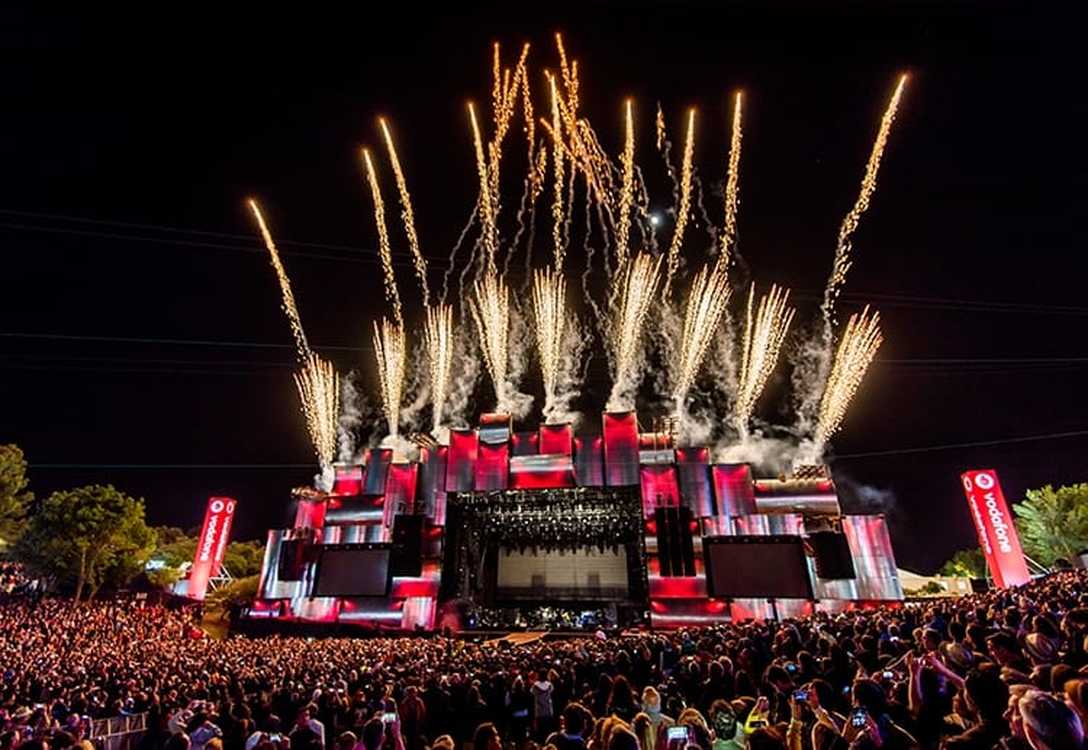 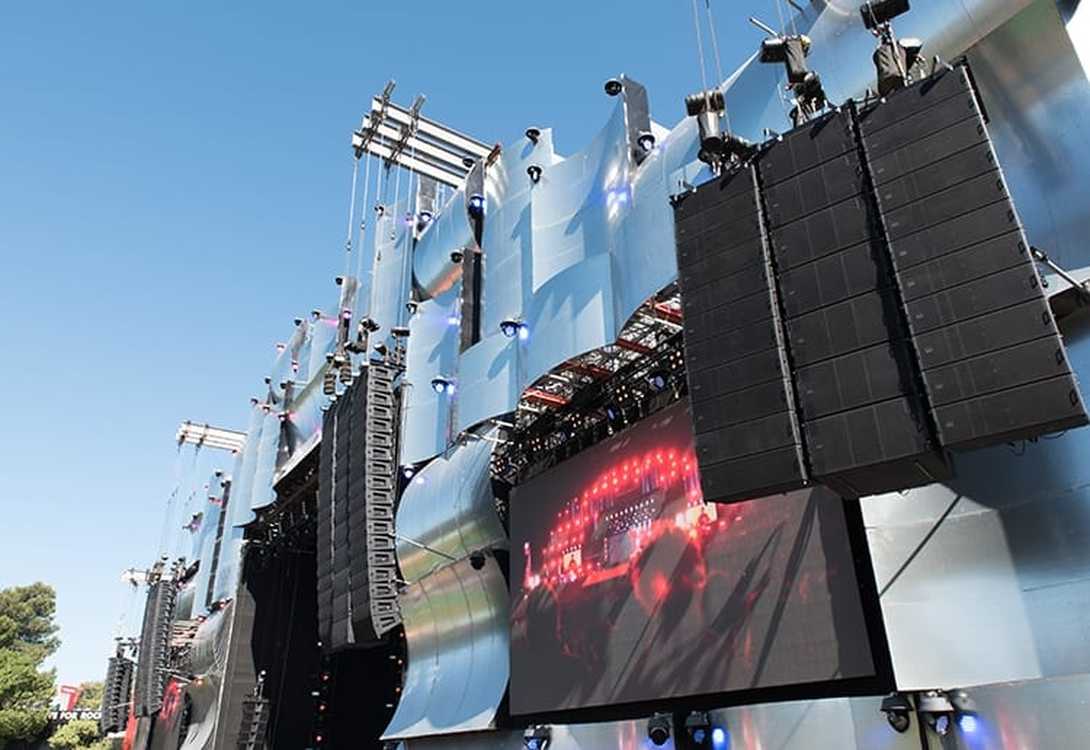 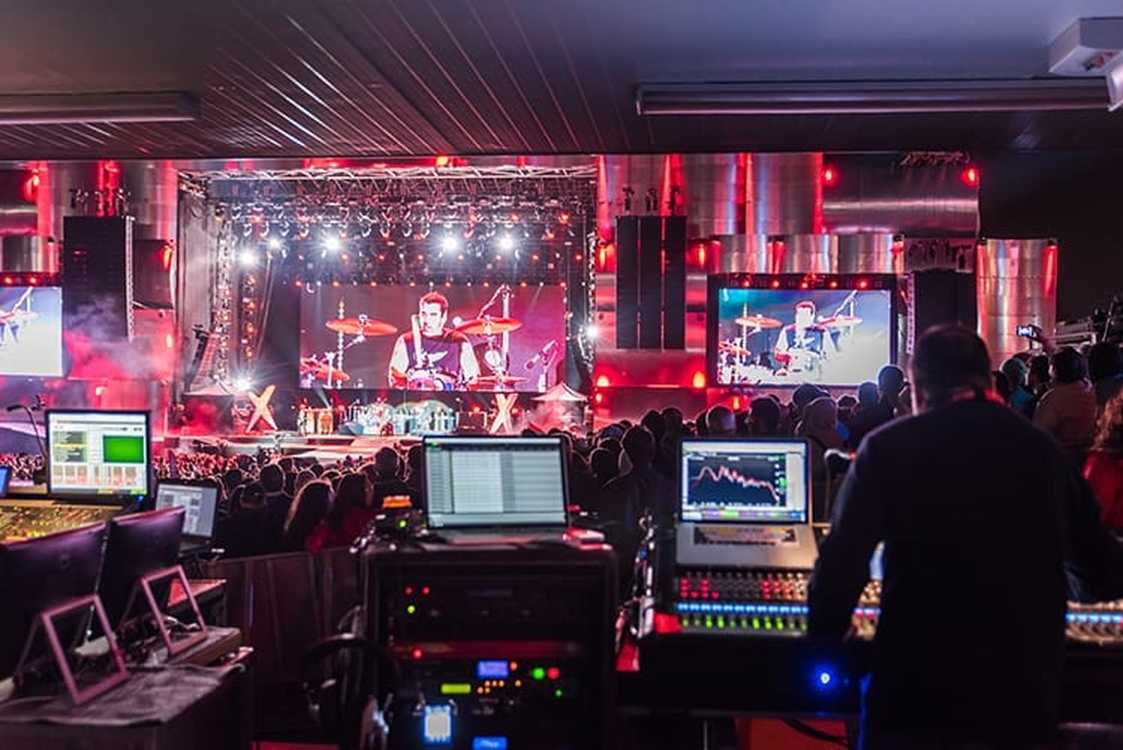 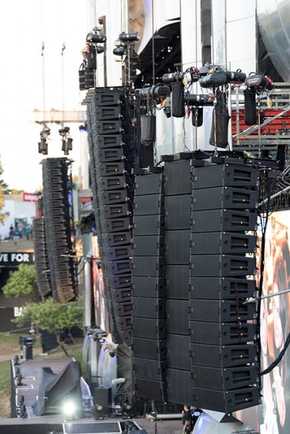 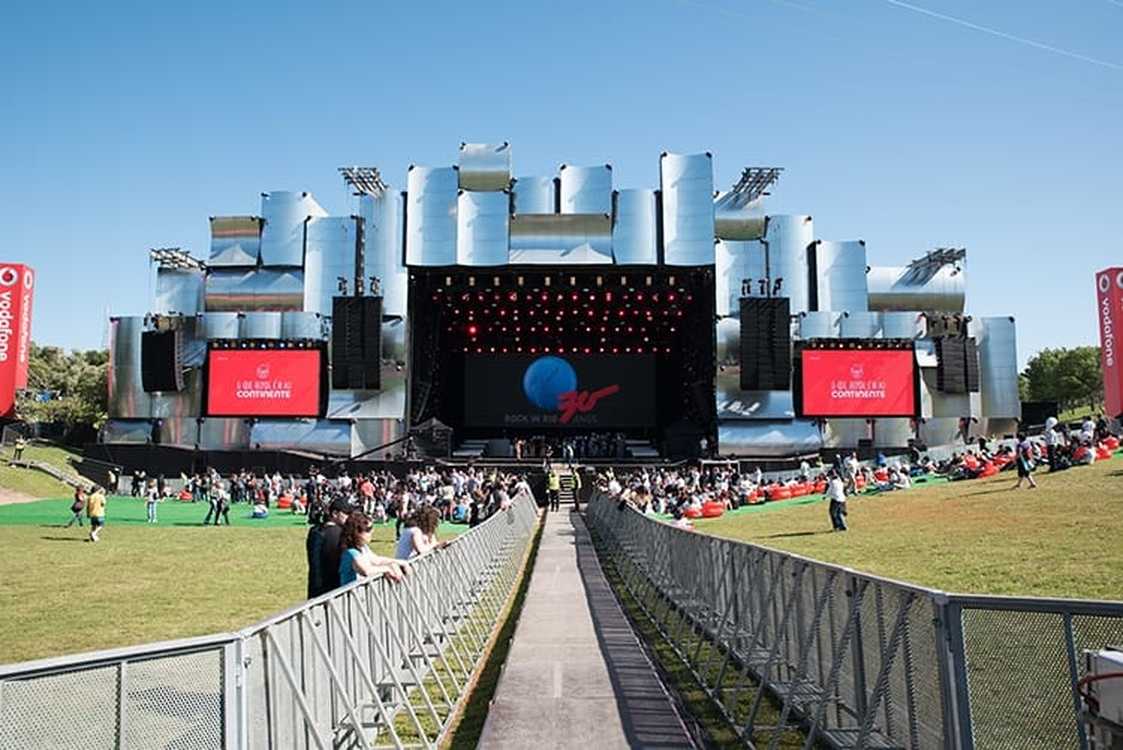 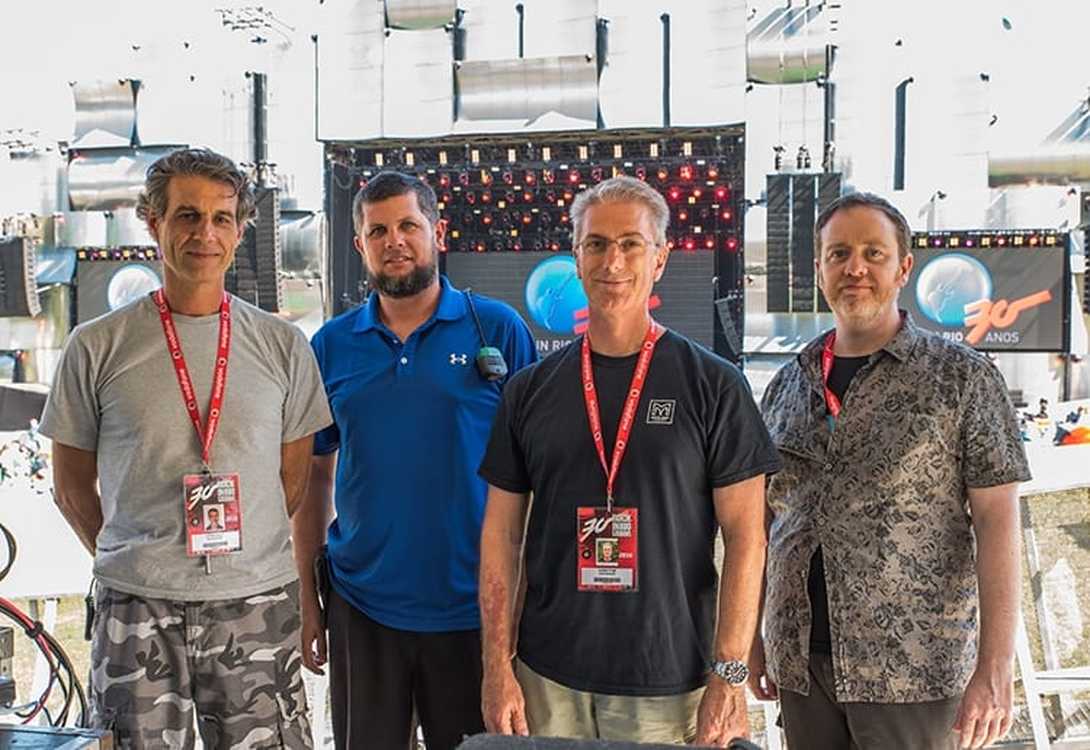 MLA TAKES OVER MAIN STAGE AT ROCK IN RIO LISBON

Held in Bela Vista Park in Lisbon, Gabisom Audio Equipment from Brazil deployed Martin Audio's premier MLA rig on the World Stage for the first time at the recent five-day Rock in Rio Festival in Lisbon. In doing so it was the largest deployment of MLA on a single stage.

The historical ties between Martin Audio's MLA and Rock in Rio began with a system test at the US event in Las Vegas in May 2015, where it appeared on the second stage, the Mercedes-Benz Evolution. An eclectic line-up over the Rock and Pop weekends included Foster the People, Gary Clark Jr., Grave with Steve Vai, Deftones, Jessi J, Charli XCX, Joss Stone, Magic!,Tove Lo, James Bay and others.

Each FOH engineer was extremely complimentary about the award-winning MLA, saying it was one of the easiest shows they had done. Dwayne Baker, FOH engineer for Theophilus London, said: "It's an incredible sound system and was easy to mix on,' while James Bay's FOH engineer, Rob Sadler, added: "I did not have to touch the graph at all - it is a very well assembled system, and it looked great.'

The successful event in Las Vegas was followed with the deployment of 46 MLA, two MLD Downfill and 24 MLX subs by Gabisom at the 30th birthday of Rock in Rio in Brazil - again on the second stage, (the Sunset Stage). Another eclectic line up ensued featuring artists such as Korn, John Legend, Magic, Deftones, Steve Vai and Al Jarreau, and once again MLA proved its sonic capabilities. The FOH set-up was overseen by Pedro Cluny from Gabisom Portugal, who also doubled as system tech. Bearing in mind that the FOH position was set 86m from the PA, he commented that 'it sounded like MLA was only about 30m away.'

Gabisom chief engineer, Peter Racy, was another who confirmed the impact created by MLA. He stated that the purchase of MLA had underlined what they already knew about the system's reputation. 'For me personally it was a pleasure to hear the pristine sound quality of MLA, and in my opinion that is what made the difference. In fact I heard nothing but rave reviews from users of the MLA in Rio.'

And so to Rock in Rio in Lisbon, in a deal negotiated by Dom Harter, Managing Director of Martin Audio, with the support of his agent Alex Rojas from PRO AVLS, MLA was taken onto the main World Stage.

In fact, with 112 MLA, eight MLD, 60 MLX subs and 24 MLA Compact this became the largest deployment of MLA systems on a single stage, eclipsing both Glastonbury and Hyde Park main stages.

Unusual for MLA - but a trademark sound and visual design of Rock in Rio - is the doubling of hangs either side of the stage with both flanking an array of subs. Typically the design calls for one array to do vocals and the other to do instrumentation from the band. Coincidentally, and great for those that love their audio history, a similar idea was espoused by Dave Martin in the 70's. What the design did deliver for the festival was a very muscular sound but one that had absolute clarity for the daily crowds that were in excess of 70,000.

Adding his experience was Martin Audio Product Support Engineer, Chris Pyne, who had also been part of the original crew in Las Vegas. "Geographically, this was a complicated place, as the contouring of the terrain was very different from left to right, climbing steeply on one side of the stage and running flat on the other," he said. "The challenge was to get even coverage and in order to compensate for this unusual geography, every single array required a different optimization. Fortunately, with MLA and Display 2 software this was a very easy problem to solve."

The main World Stage, was a who's who of rock and pop celebrities, featuring Bruce Springsteen and the E Street Band, Stereophonics, Queen and Adam Lambert, Mika, Fergie, Hollywood Vampires, Maroon 5, Avicii, and Charlie Puth. But MLA was equal to this challenge, displaying power, clarity and versatility.

Chris Pyne reported that all sound engineer comments had been directed at the efficiency of MLA's mids and highs. "Queen's technical team, in particular, noted how impressive the rear rejection was on stage, and Gabisom's monitor tech Thiago Borges remarked on the purity of sound."

Finally, it was not only MLA that rocked the stage, but also many acts used a full set of LE1500 and LE2100 Martin Audio monitors which were fed by the company's own MA5.2KDSP amplifiers.

In conclusion, Dom Harter said, "This is a historic victory for MLA and Martin Audio and is representative of the system's growing dominance in the festival circuit. We are delighted that Gabisom has started a new division in the company and look forward to many more prestigious tours with this world famous rental company.'