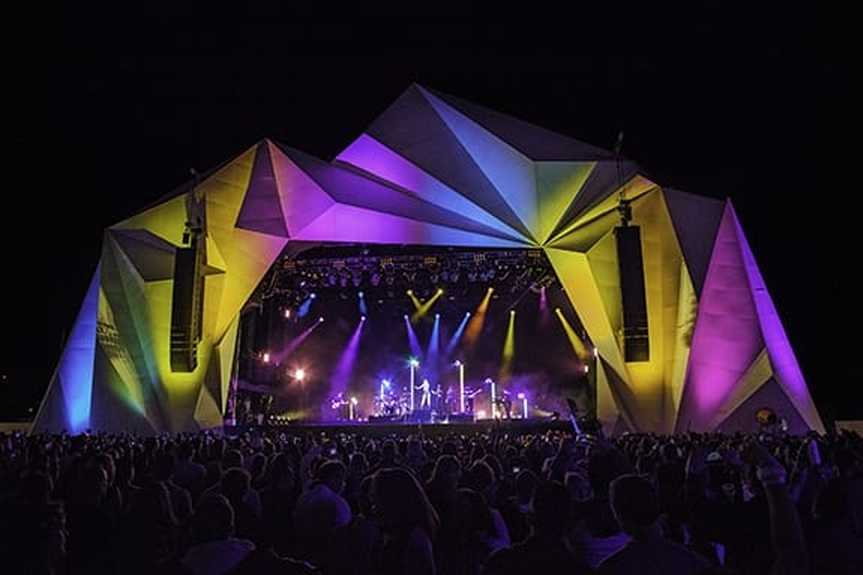 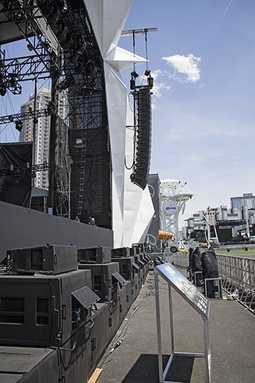 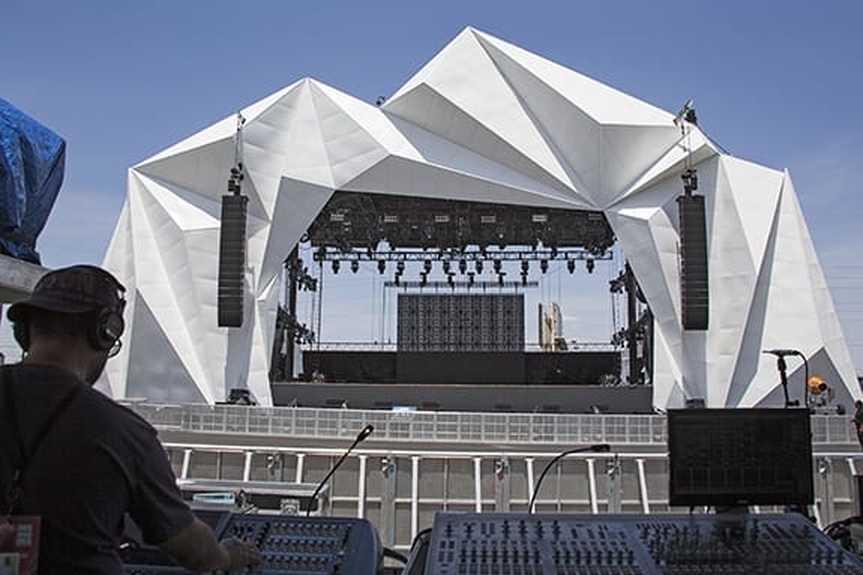 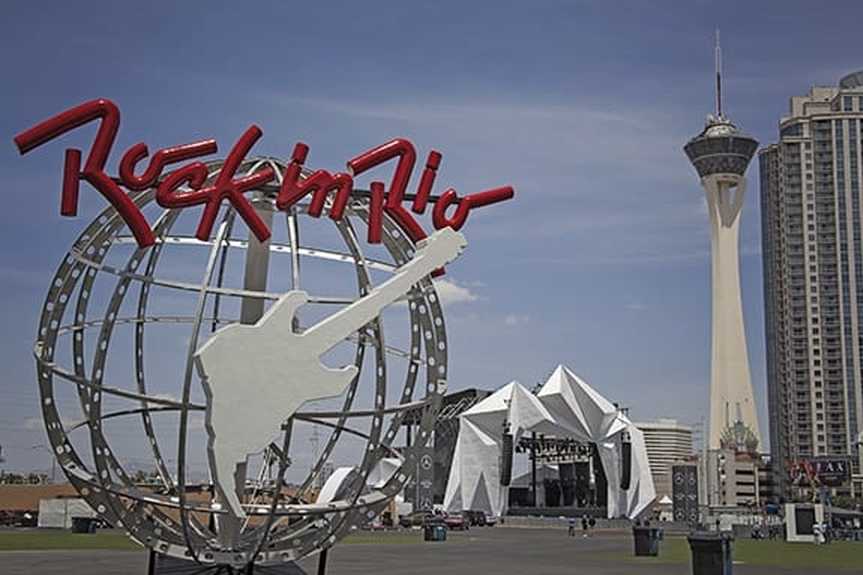 MLA TAKES THE STAGE AT ROCK IN RIO

Las Vegas, NV––For two weekends in May, Rock in Rio made its US debut in the City of Rock on the MGM Resorts Festival Grounds at the northern end of the strip.

A significant share of the music came from the Mercedes-Benz Evolution stage, equipped with a Martin Audio MLA loudspeaker system provided by Gabisom Audio Products Brazil, Rock in Rio's longtime production company. The system itself was supplied by Las Vegas' own 3G Productions who also assisted with setup, stage gear and production for the event.

Founded in 1985, Rock in Rio has been held in the city of origin as well as Lisbon and Madrid over the years. This year's US festival marked an important expansion for the company and its founder Roberto Medina.

The MLA system consisted of 16 MLA enclosures with one MLD per side along with 32 MLX subwoofers ground-stacked in front of the stage and 12 MLA Compact on top of the subs for additional front and ground fill. It handled the diverse lineup with ease, providing consistent coverage, clarity and smooth low-end response from front to back of the 426-foot deep audience area without any delays.

Chris Pyne, a Martin Audio engineer who specializes in MLA and worked the Rock weekend, reports, 'We were able to cover the audience with more than enough SPL and then reduce it dramatically just beyond that for the VIP area near the Hilton. Equally, thanks to MLA technology and Display™, tuning was a breeze, taking less than fifteen minutes. It sounded great, every engineer was very complimentary and they all said it was one of the easiest shows they'd done. Dwayne Baker, FOH Engineer for Theophilus London told us, 'It's an amazing sounding rig and it was such a pleasure to mix on!' Basically, everyone was very happy with MLA.'

Martin Audio Research & Development Director Jason Baird was on hand to answer questions about MLA and engage with FOH Engineers, Gabisom, and invited guests for a special system demo held before the Pop weekend shows.

Asked about special challenges presented by Rock in Rio, Jason explains, 'The way the system was used in a typical large, flat festival layout, the most problematic aspects were the low night time temperatures and lack of humidity, which are challenges for any PA system. The resulting high frequency attenuation over distance was overcome by programming the correct parameters into Display™. The objective was maintaining those crispy, clear highs MLA is known for, but in very low humidity conditions, at distances of over 400 feet, and we managed to maintain excellent high frequency extension right to the end of the coverage pattern.'

In terms of the different musical requirements of the various artists, Jason says, 'We didn't have to make any changes from one act to another. James Bay's FOH Engineer Rob Sadler told us, 'I didn't have to touch the graphic at all, it's a very well set up system, and it sounded great.'

'The front fills didn't have a lot to do,' Jason continues, 'because the MLDs at the bottom of the arrays were doing such a great job. They were just needed at the center by the barriers. The MLX subs sounded very even throughout the coverage pattern and we matched the pattern of the sub array to the MLA system. It was pleasing to be standing 400 feet away and have the subs tugging slightly at your clothes, but not giving you a headache. Equally, up on stage, the spill from the MLA and subwoofer array was incredibly quiet, leading some at the demo to think we'd just pulled the faders down, yet only a few feet further forward it was producing thunderous lows.'

Concluding, Jason sums up the overall reaction to MLA by audio professionals at the product demo: 'The reactions from our Latin American guests were exceptionally positive. It was nice to see genuine enthusiasm on the faces of people who've been in the audio business for years. First and foremost, they were excited because of the sound quality and how it is delivered over such great distances without using any delays. That was the thing they latched onto. If you stand by FOH, you expect it to be loud and sound good, but when you walk 200 ft. further away and it still sounds loud and good in a very consistent manner, that made them think differently about MLA and the products they're currently using.'