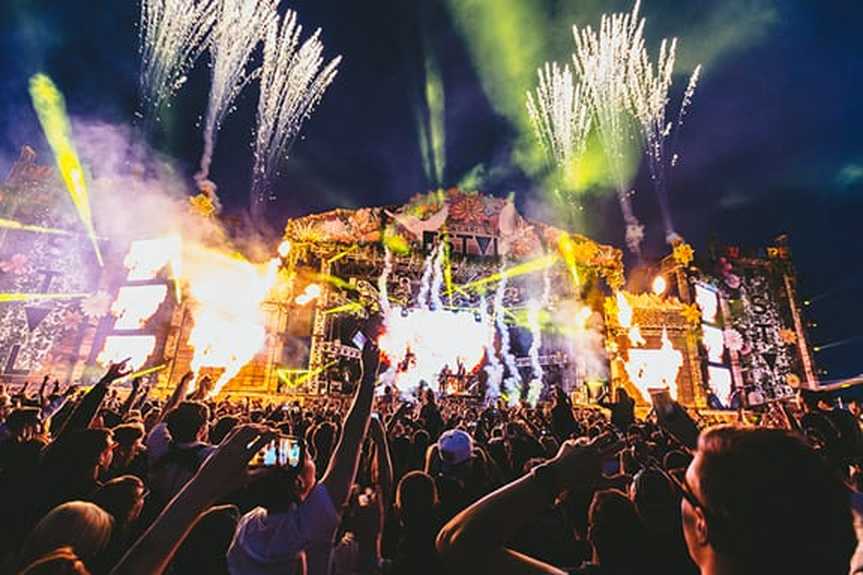 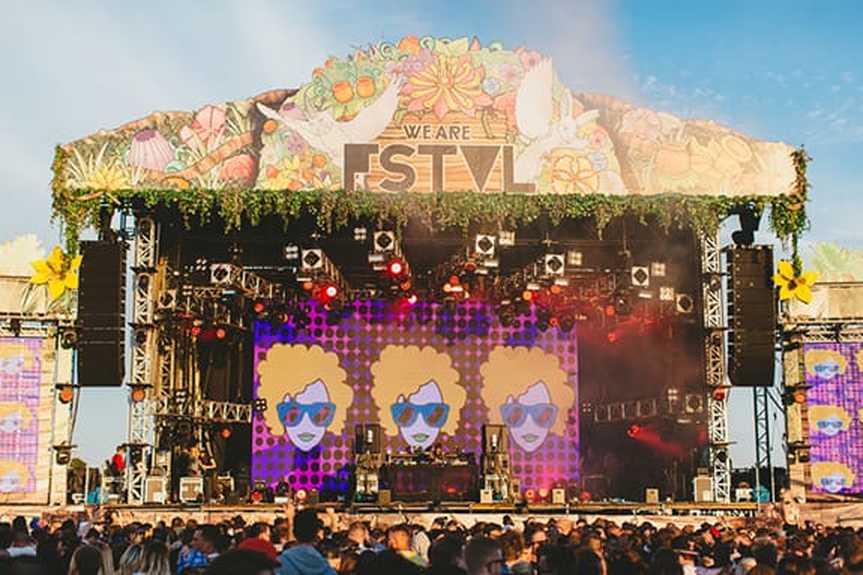 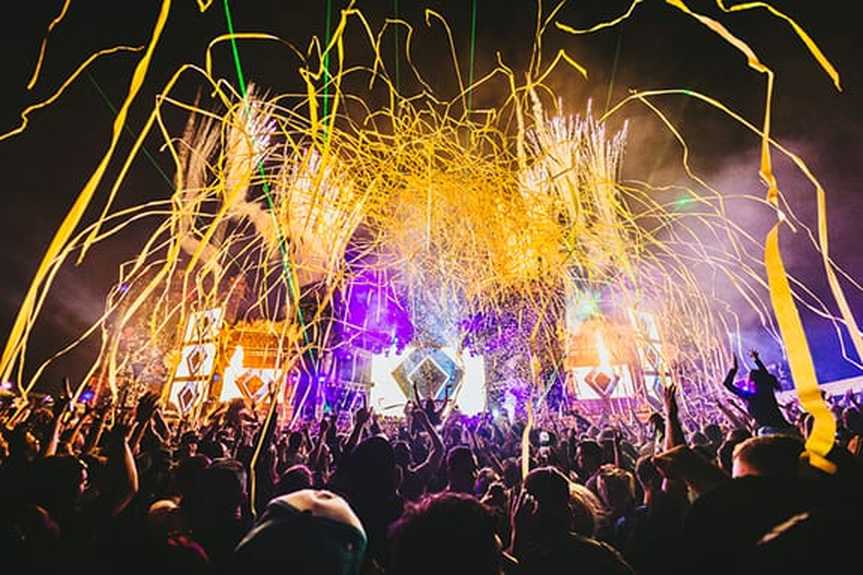 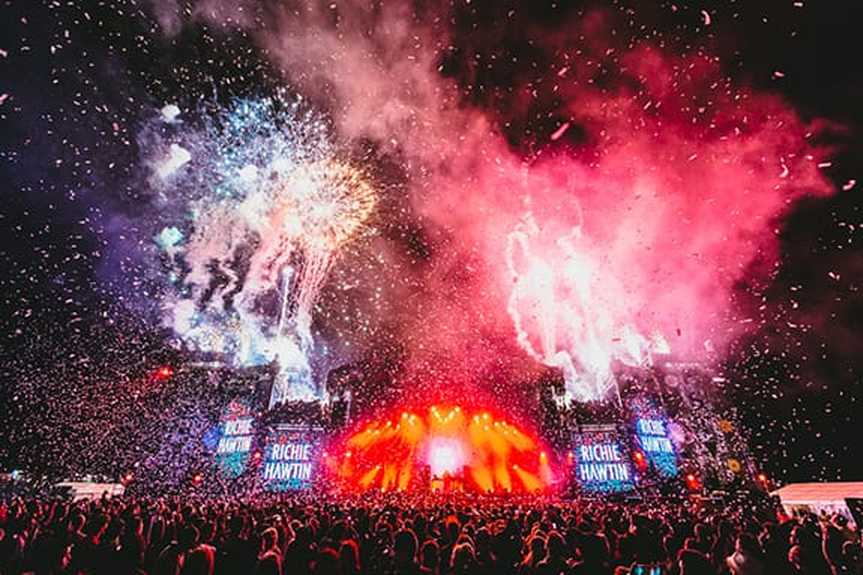 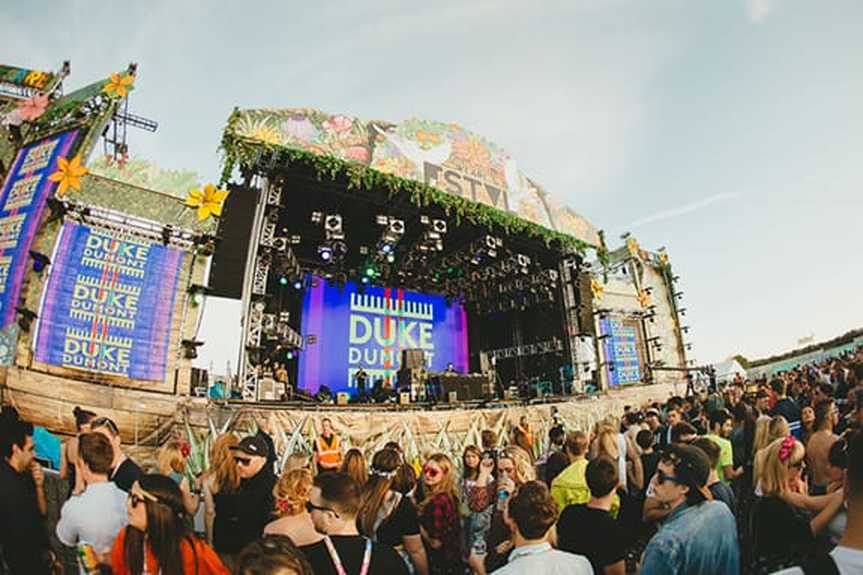 MLA TURNS UP THE VOLUME AT WE ARE FSTVL

The irresistible partnership of Capital Sound and their premium award-winning Martin Audio MLA systems - both the full size and compact multi-cellular versions - are asserting themselves increasingly in the dance sector as the new festival season kicks in.

With top accounts ranging from Deadmau5 to Fatboy Slim already in their portfolio, the London based production/rental company was tasked with delivering sound for two growing, if quirky DJ events on the same May Bank Holiday weekend recently. We Are FSTVL in Upminster, Essex, and Run to the Sun at Newquay in Cornwall tested the mettle of their premium and award-winning Martin Audio PA systems - and once again they came through with flying colours.

Both also occupied challenging sites where sound containment was of paramount importance. We are FSTVL dance promoters Reece Miller, Nikki Gordon and David Winney, fired by the success of 2013's one-day event (subsequently recognised by winning a UK Festival Award), decided to notch production up a level. They not only extended the event to two days - but also the volume levels at the Damyns Hall Aerodrome (dubbed the 'Airfield of Dreams') … and they were delighted with the results.

Acoustic consultants Vanguardia, who worked with Capital and the MLA system at last summer's breakthrough Barclaycard British Summer Time Festival, were brought in to advise.

The unique and scientifically proven ability of MLA to tame difficult venues and sites by using micro-multi-cellular control to maximize the in-field sound while at the same time using 'electronic steering' to reduce audio reflections and perimeter escape, will see the MLA in heavy use this summer.

'Consequently,' said Martin Audio account manager Martin Connolly, 'We Are FSTVL were able to run the sound at 99-100dB at the FOH position.' These were the same levels recorded at the breakthrough Barclaycard British Summer Time Festival in Hyde Park last summer.

With international DJs such as Richie Hawtin, Sven Väth, Fatboy Slim and Knife Party among the headliners in Upminster, another packed, 15,000 audience was assured. But with over 150 artists playing across the two days (the names of which changed overnight from the first to second days), and zero change over times between acts, Capital were faced with something of a logistical nightmare. Out of eight arenas that they supplied (both indoors and out) Martin Audio system featured in five, including the two main outdoor stages. Meanwhile, another Martin Audio customer, Production Hire, supplied the DJ front end.

For instance the We Are FSTVL stage, featuring Hawtin on the opening day, became Eat Sleep Rave Repeat (with Fatboy Slim) on Day 2, and We Are Elctrnic (with Knife Party) turned into Cocoon (with Sven Väth). The main 65m x 40m indoor arena (Paradise) changed to Luciano & Friends overnight, and the 45m x 45m VIP Village switched between MK Area 10 and CircoLoco.

Capital Sound's solution for the two outdoor stages (which they simplified down to 'Blue' and 'Red') featured eight MLA elements and an MLD Downfill on each side of both stages, with 11 x MLX subs, arranged in a broadside cardioid array.

In the main Arena they used hangs of 10 MLA Compacts each side, flown with eight WS218X subs, hung from a mast provided by the lighting vendors, Colour Sound Experiment, with six W8LM Mini Line Arrays per side providing front fills.

In another arena they fielded six W8LC Compact Line Arrays a side on top of five WS218X subs with 12 W8LMs for out- and front-fills.

The VIP Village saw six WS218X subs per side under four W8LC's, the system being driven by a combination of Martin Audio MA4.2 and Crown 12000i amplifiers.

Meanwhile, 300 miles away in Cornwall at the Trevelgue Holiday Park overlooking Porth Beach, Run to the Sun broke from its origins as a VW car rally back in 1987 and has developed into a credible dance festival. The main Arena (and Arena 2) now feature back-to-back DJs (with additional comedy and acoustic stages).

Here Cap fielded six MLA Compact elements each side of the main indoor stage with 6 x WS218X in a cardioid design. On the second stage they featured a pair of WS218X subs and three W8LM Mini Line Array elements per side.

The weekend proved a major triumph for the London-based hire company. They were not only able to deliver first class audio at each of the multiple stages they were asked to reinforce, but also provide a top team of technicians to supervise them.

Their MLA techs consisted of Toby Donovan (in charge of the Blue stage), Joseph Pearce (Red) and Marty Beath (main indoor arena), while Tom Boothby took charge at Run to the Sun.