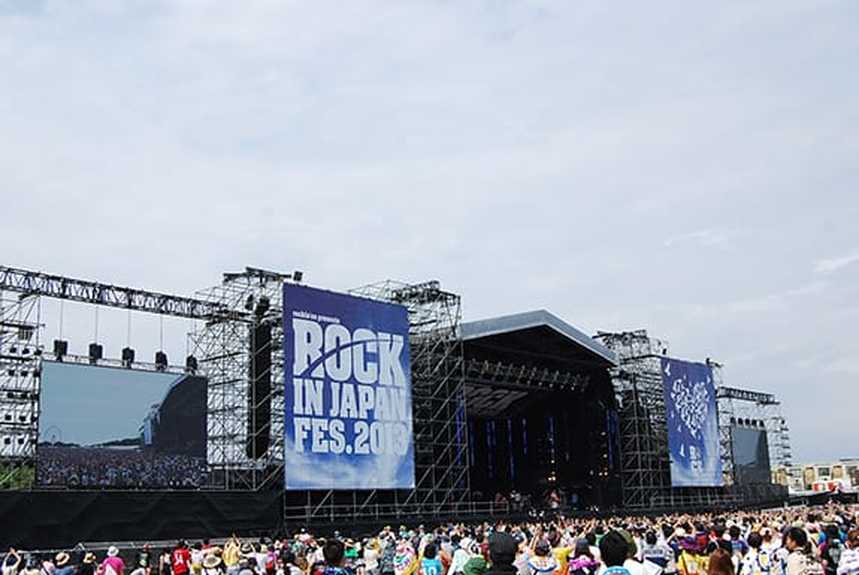 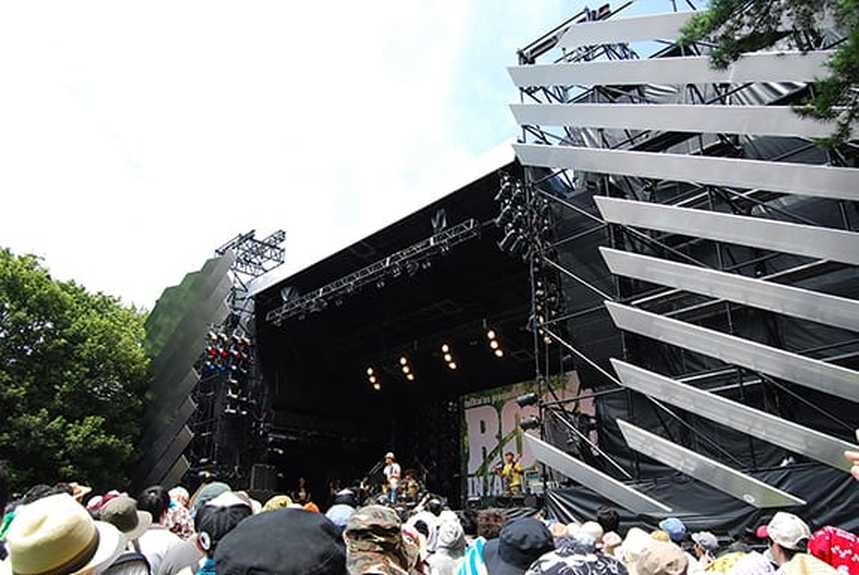 MLA WORKS ITS MAGIC AT ROCK IN JAPAN

One of the country's largest, and most pre-eminent events, the picturesque Hitachinaka Seaside Park location, bathed in sunshine, was the perfect backdrop for Martin Audio's flagship system to flex its muscles in front of 177,000 people who attended over the three days. And its innovative control solved problems of sound escape that had hitherto proved problematic at the three-day festival.

The system was provided by MSI Japan. At 'Sound of Forest' and 'Park Stage' 9 x MLA modules and 1 x MLD Downfill were flown at each wing, along with double stacked MLX centre subwoofers, in six rows. Park Stage returned for the first time since 2011, the year of the great earthquake in the east of Japan - and in both locations, Martin Audio's Display2 software environment, interacting with MLA's onboard DSP, delivered highly accurate optimisations.

As the main performance showcase, 'Grass Stage' adopted MLA for the second consecutive year, flying 17 x MLA modules and 1x MLD for main hang on each side, with the same number of elements used for outfills. Providing LF extension were six rows of MLX double stacked at each side of the stage with further double 6 x MLX sub arrays flown next to the main array. Here MSI Japan used the Left/Right settings of the subs in the 'End Fire Array' cardioid variant, using sensitive delay values to reduce leakage back onto the stage while boosting front projection efficiency and directivity.

Throughout the three days 24 of Japan's leading artists took advantage of this cardioid approach to deliver exceptional stage performance.

The 'Grass Stage' area was divided into three separate zones, delineated 'Standing, 'Seating' and 'Tent'. In the Standing zone, just in front of stage, the audience danced and sung along, with gyrating bodies, revelling in the dynamic acoustic sound, with the sound system's clarity delivering smiles to the entire audience through the area.

One sound engineer technician stated, 'It is huge advantage for an engineer to be able to deliver such a distinguished sound meeting production's request from a complete single system.'

Without any physical positional movement Display2 managed to adjust the sound coverage for each zone as required. For example, immediately stepping into the Standing zone the entire dynamic of the sound would change. All agreed that MLA provides a totally new sound experience.

This is the third summer since MLA was adopted for Rock in Japan. Noise pollution is still an issue for neighborhood residents, but by tapering off the sound at the perimeter, MLA has worked to mitigate this.

'To have the same sound delivered to the entire audience - giving them an identical experience - is a dream not only for the sound engineer but also production,' said Shuzo Fujii, president of MSI and chief engineer for the festival. 'Try this new Multi-Cellular world, it will rock your mind!'