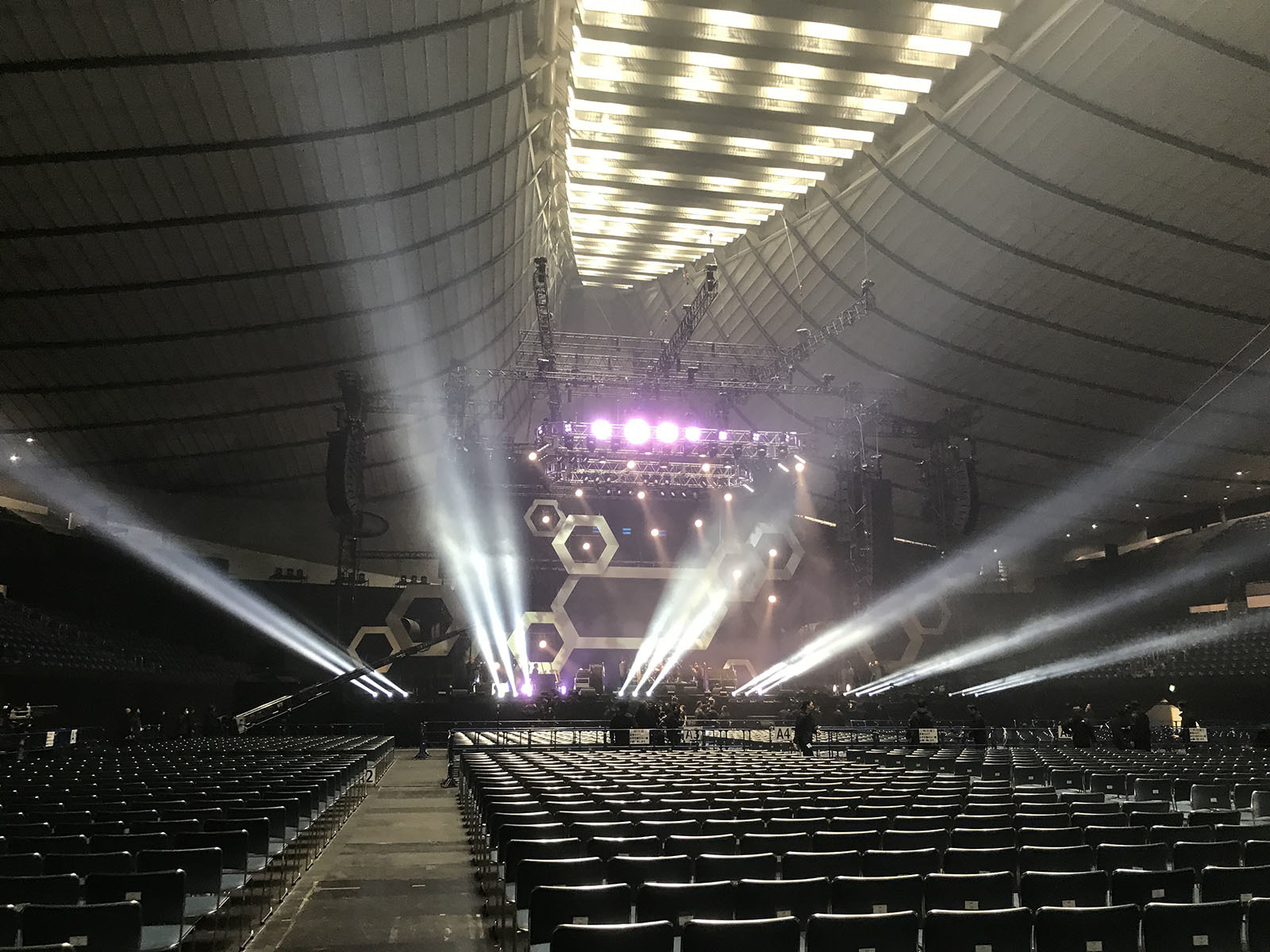 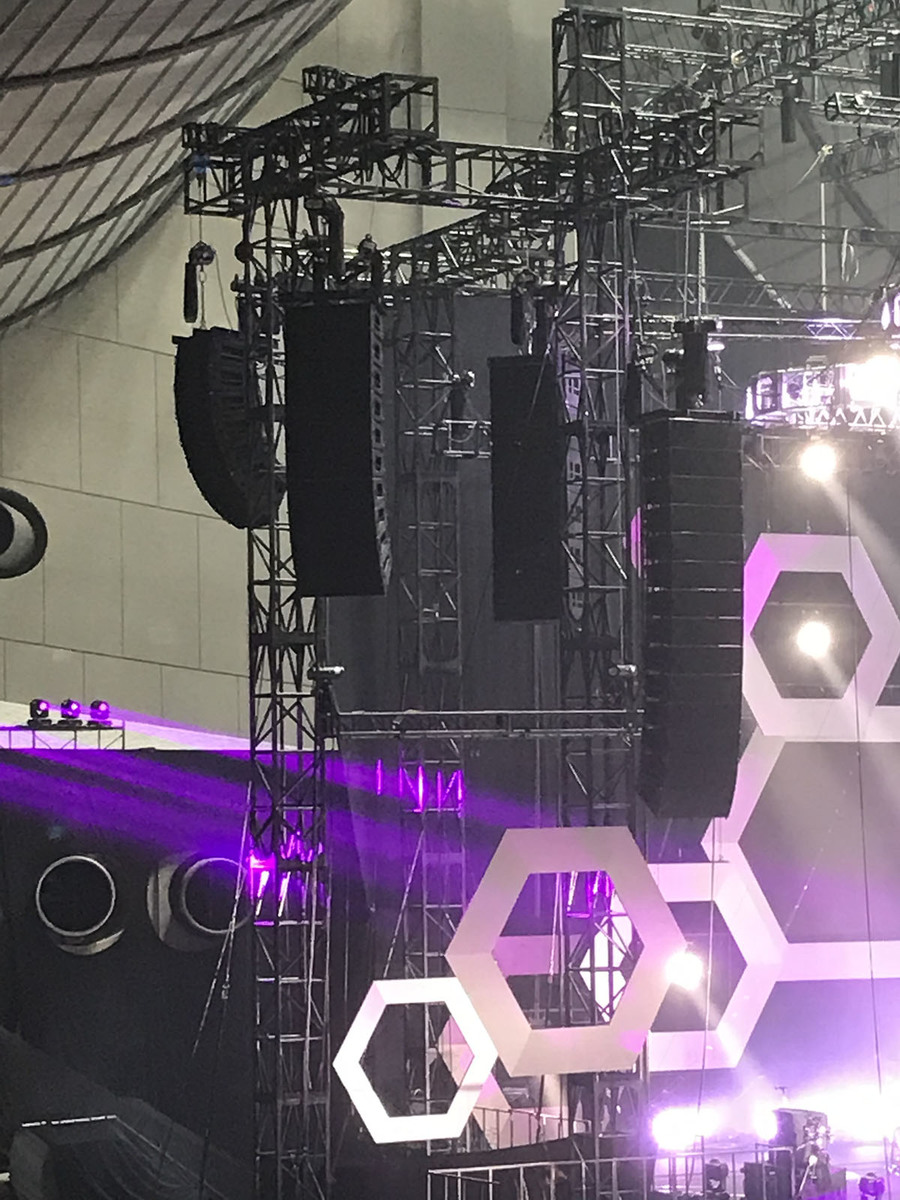 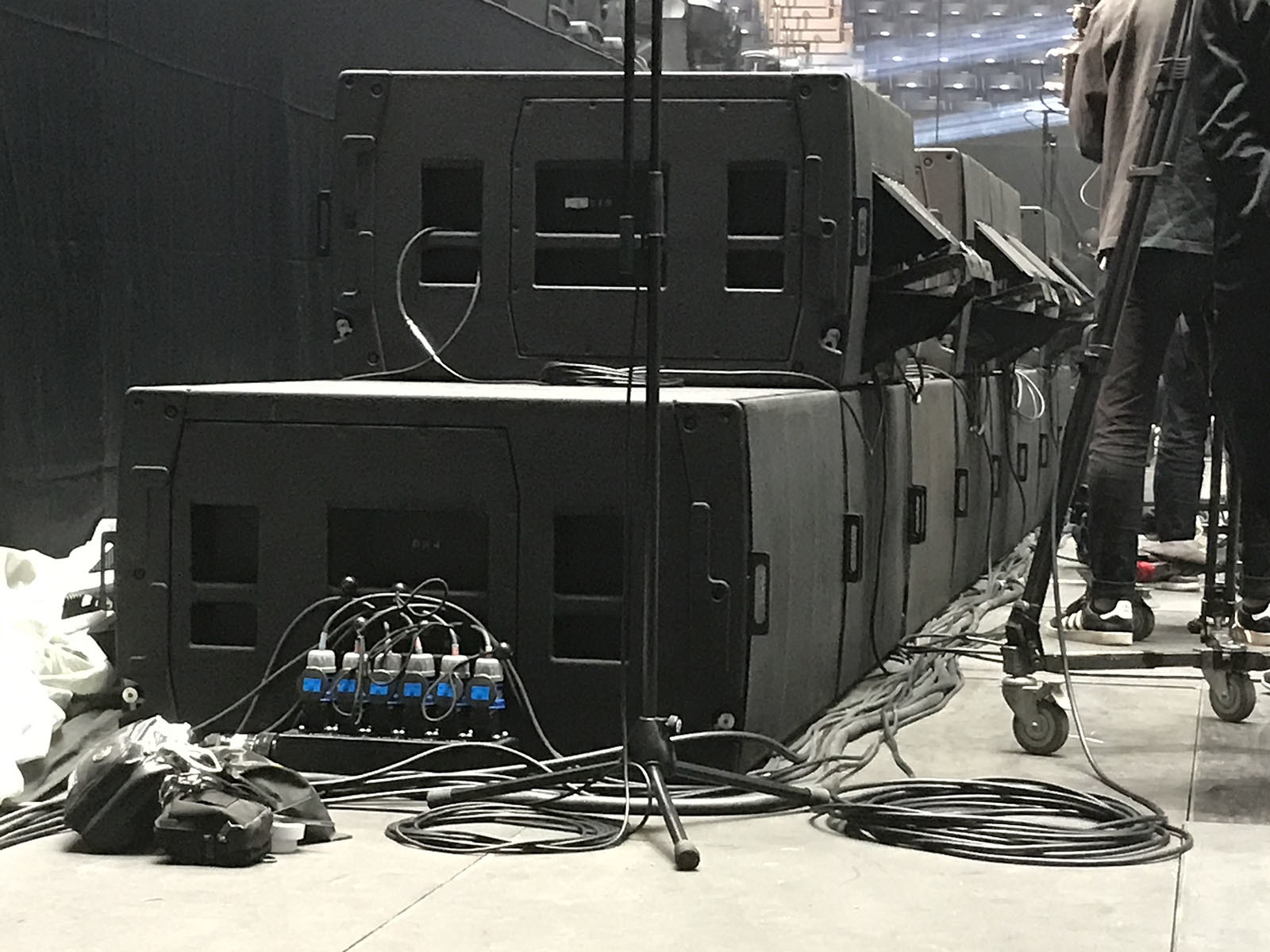 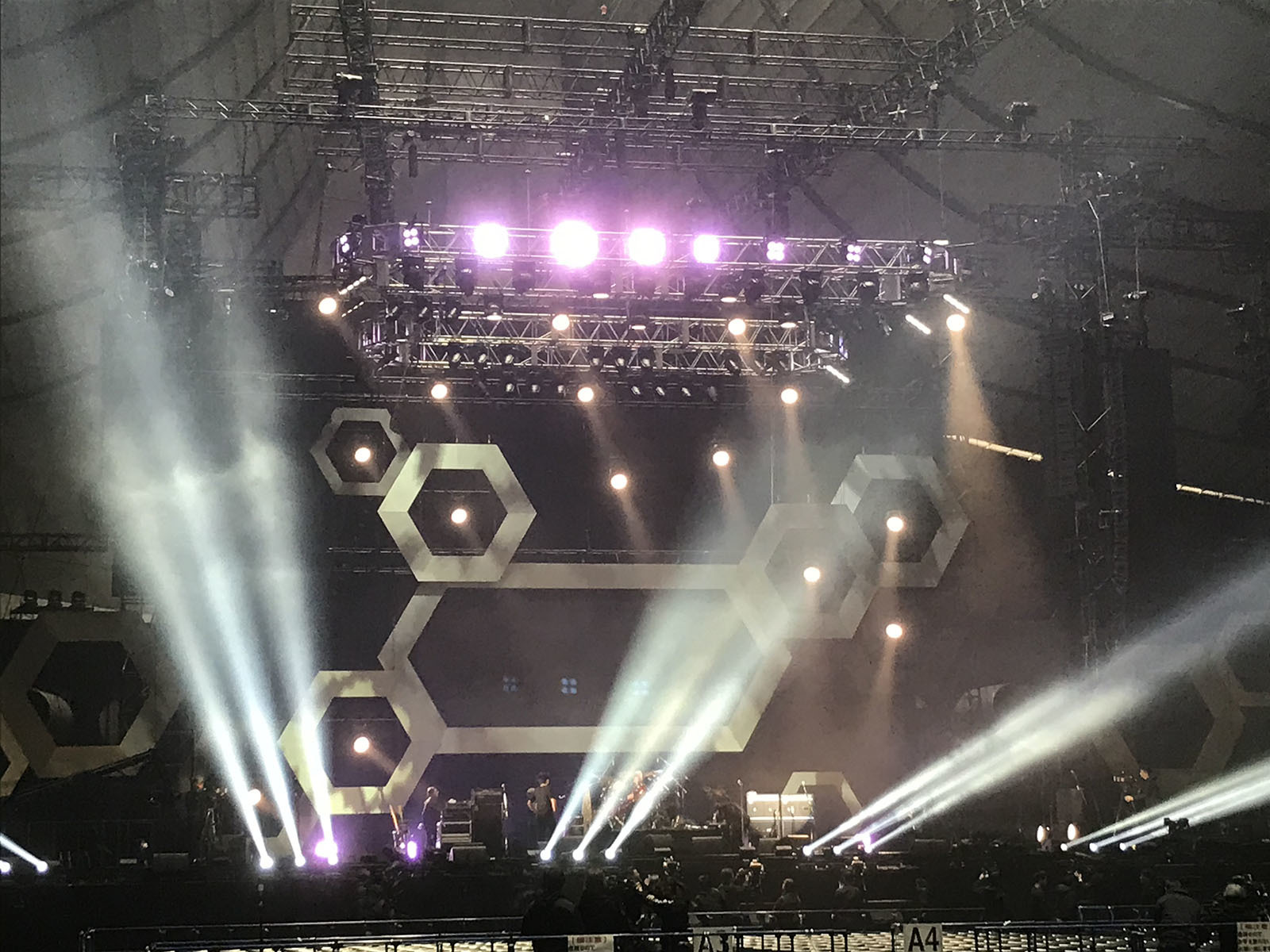 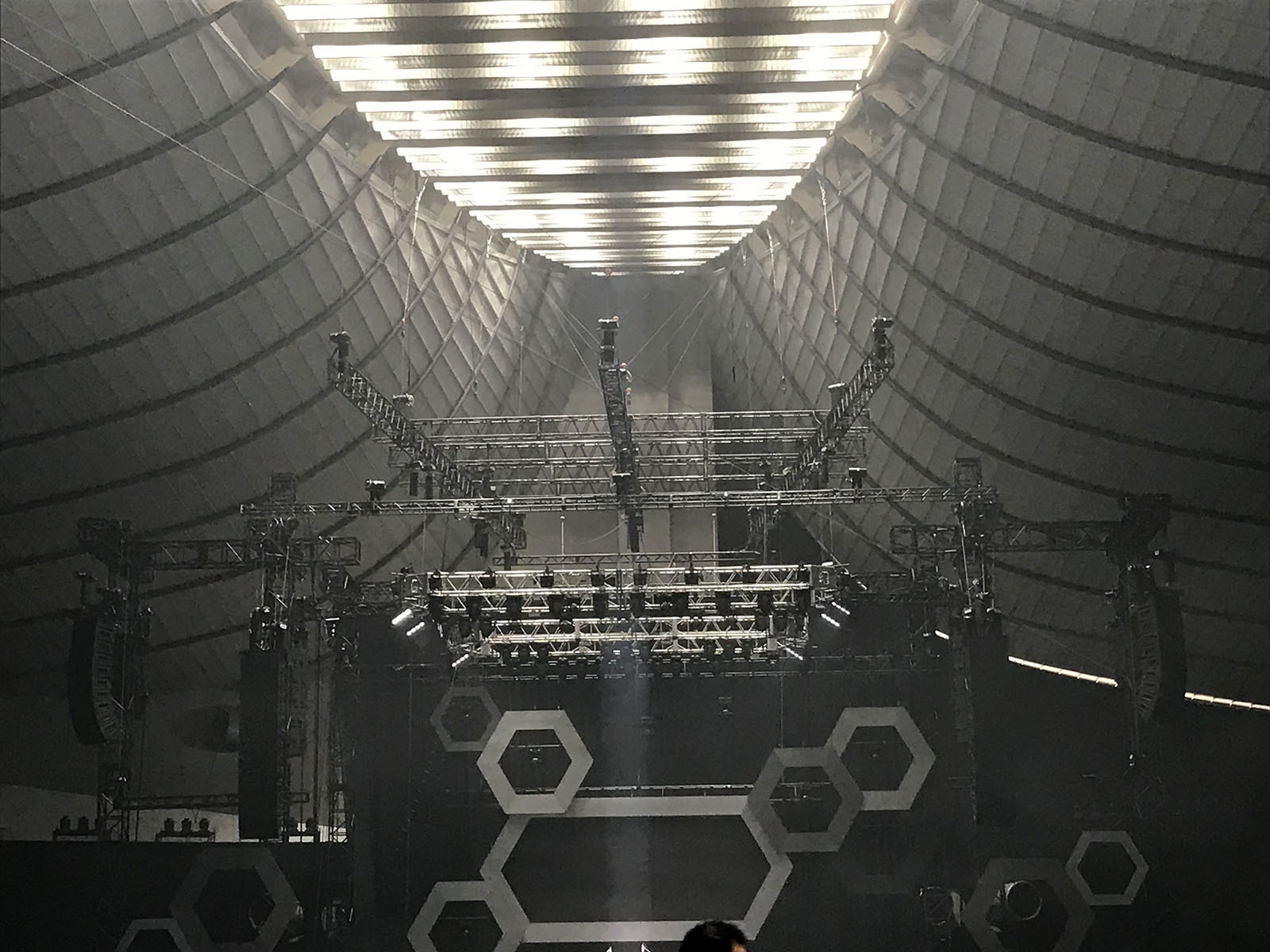 Barbee Boys are a five-piece Japanese rock band who were particularly popular in 1980’s. The first Japanese group to perform at the famous Nippon Budokan,they disbanded in 1992, much to the disappointmentof their young generation of fans.

This turned to excitement when they suddenly announced a solo ‘comeback’ concert at the Yoyogi National Stadium 1st Gymnasiumon January 13—exactly a decade after that Budokan show—sending these same fans into raptures.

MSI Japan had the honour of being asked to provide the sound production and Bun Hote, who has been supporting artistes from the Office Augasta stable (which includes Kyoko, a member of the Barbee Boys), was charged with mixing the sound. Respected for his ability as a system tech as well as a FOH engineer, he chose Martin Audio’s award-winning MLA as his favoured PA.

I couldn't have achieved this show without MLA.

His solution was to adopt a unique approach to his system design, to achieve consistency throughout the challenging arena and unite the entire audience.

On each side of the stage, three arrays were hung from a single H-shaped truss tower, all facing in different directions. The main array consisted of 13 MLA cabinets and a single MLD Downfill cabinet. The side array was pointing 45 degrees outside of the main array and comprised nine MLA and an MLD. Another array was aiming 90 degrees outside of the main array and consisted of five MLA and two MLD Downfill boxes. A further array of six MLX subwoofers (with a pair facing backwards to create cardioid directivity) was hung from the same tower.

Bun Hote described his design philosophy: “First of all, we had little time for set-up, starting at midnight when the load-out of the last show had finished. The H-shaped tower was reused from the previous show, just changing the location of the motor. In Yoyogi National 1st Gymnasium, it is necessary to build stand-alone towers from the ground, as the roof weight is strictly regulated. After considering those factors, this location plan seemed to be the best.”

In Yoyogi National 1st Gymnasium, with the usage of the end-stage, there is a wall at the far side consisting of main arrays rather than audience seating, he explained. “Instead there were more audience seats in the direction that the side arrays would be pointing. With so many people expected, the production teams decided they would keep the audience area also for the side of the stage. However, we were unable to shift the side arrays too much as this would contribute to the wide area of the seating where the main arrays could not aim, avoiding reflection from the back wall. As a result, we needed one more array to cover the area just beside the stage.”

There is an additional line of subwoofers stacked in front of the stage, besides the rigged subwoofers. Eight MLX subwoofers were aligned horizontally, while the four MLXs were stacked separately onto the subwoofer line, aiming behind in a cardioid broadside subwoofer array arc.

As for MLA he cited its superior sound and “amazing” long throw capability. “I couldn't have achieved this show without MLA. MLA will have unlimited capability when you plan it correctly and with our increased knowledge, experience and new approach to system design we have achieved a much more flexible result, meeting the demands of the client, the variety of music and artists’ considerations.”

The concert itself was hugely successful and it would continue with an additional show at the 2,084-capacityLine Cube Shibuya.