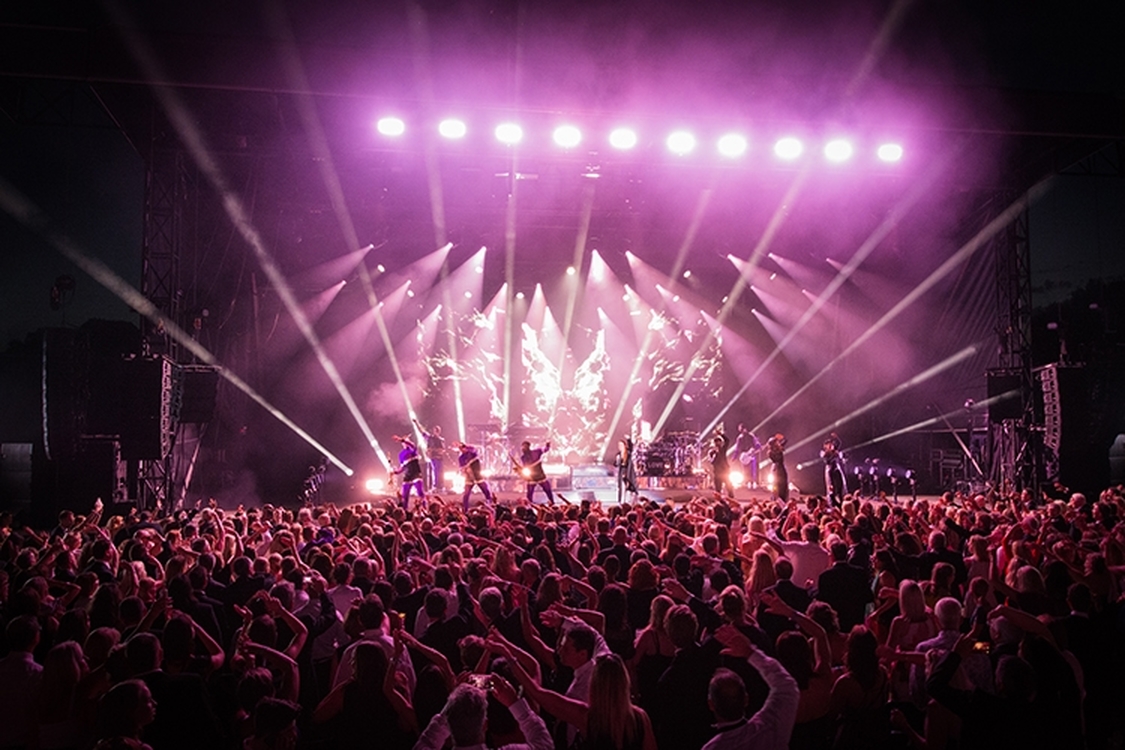 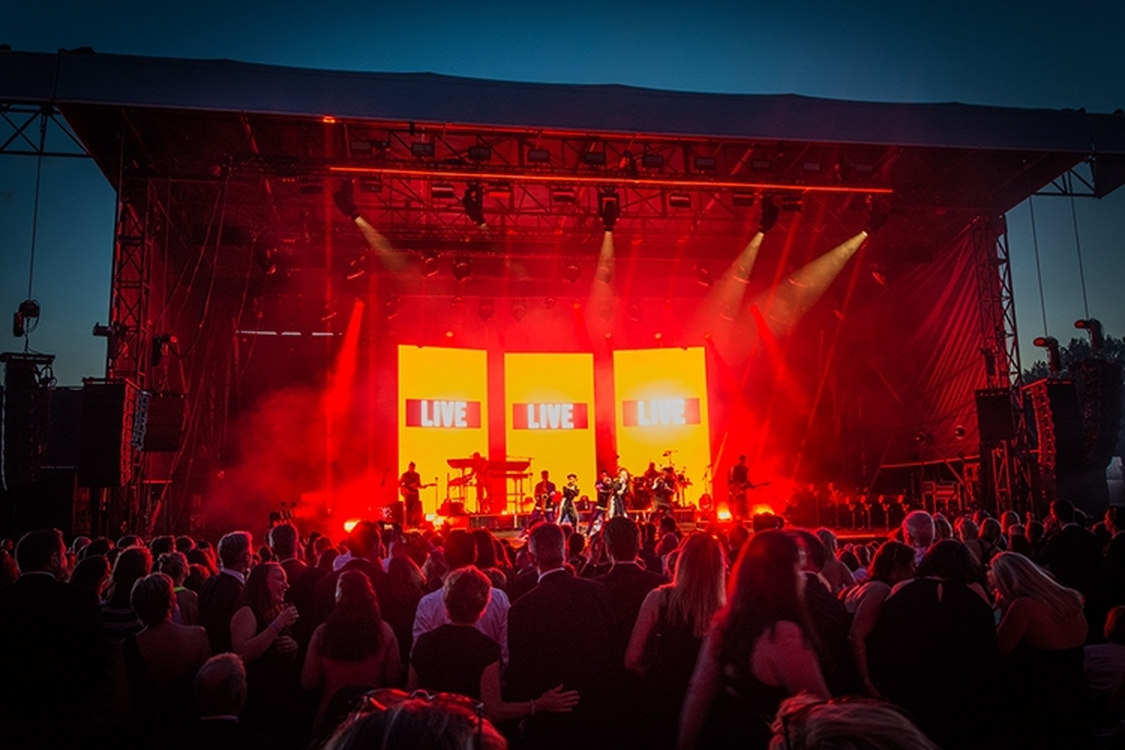 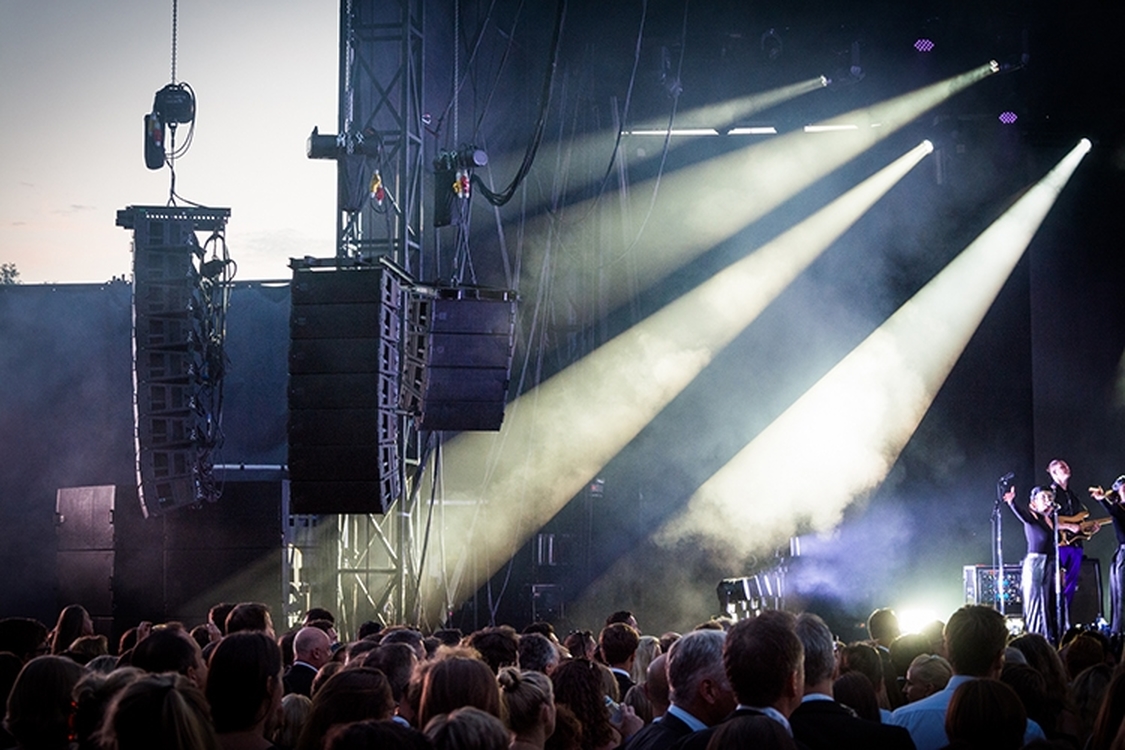 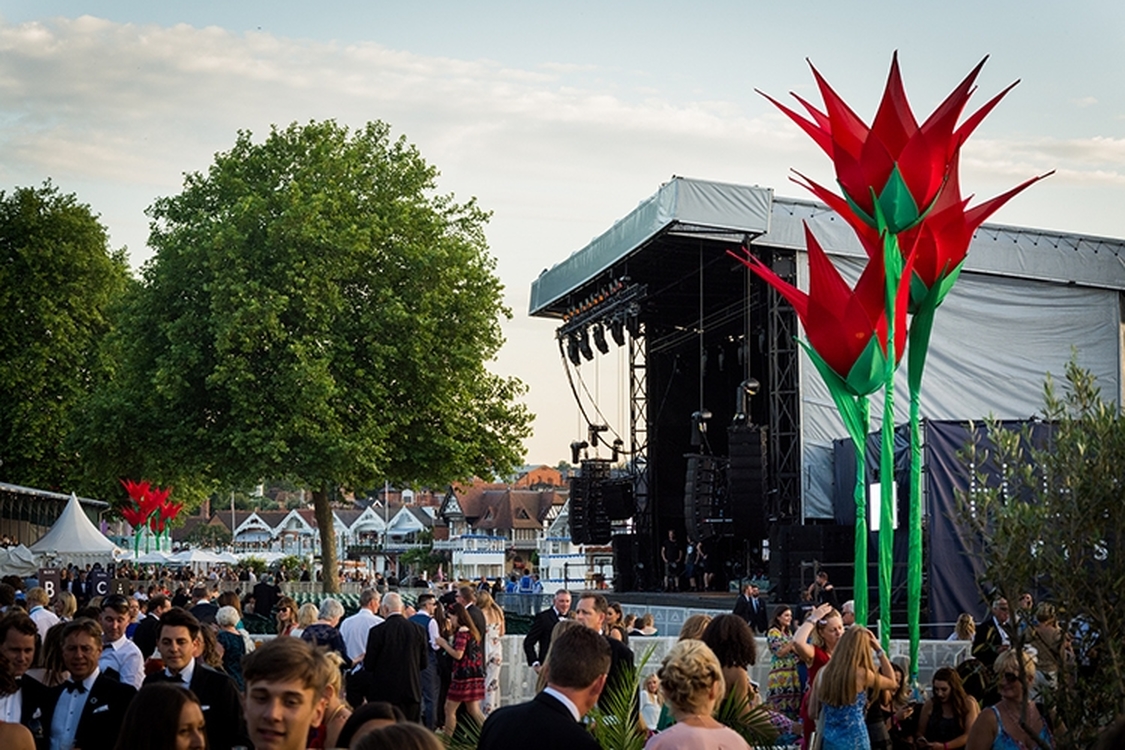 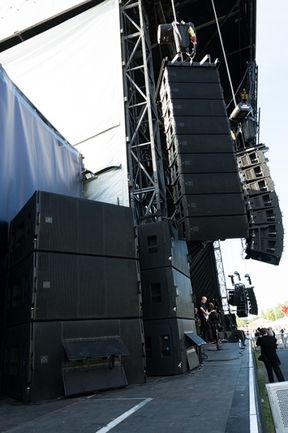 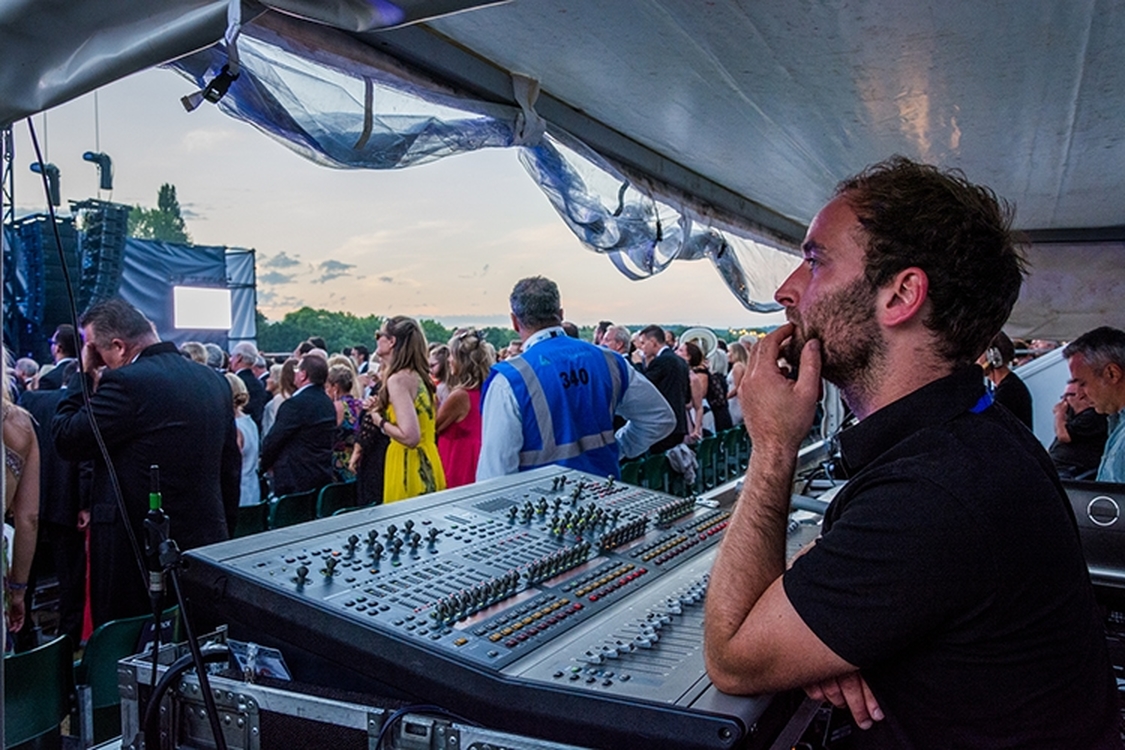 The five-day Henley Festival, featuring a celebration of UK and international music, comedy and the arts, continued it ascendancy by pulling in over 25,000 people this year.

The event itself dates back to 1983, and as its longest-serving contractor RG Jones Sound Engineering was again contracted to deliver the PA system with John Harris as production manager and Jim Lambert as technical manager.

Once again they fielded Martin Audio's premium MLA Compact system - a winning formula for the main Floating Stage over the Thames, which has a difficult audience profile to cover, being only 30m from front to back but over 80m wide due to the Festival taking over the site from the Royal Regatta the week immediately prior.

And with a change of stage this year, RG Jones' Simon Honywill - himself a Henley stalwart who was first involved as far back as 1984 - was quickly onsite to design a new PA arrangement to maximise coverage for the principal stage.

It was here that All Saints and Melanie C performed on the closing Sunday night in a throw-back to the '90s, following an all-star cast that included Pet Shop Boys, Jess Glynne, Chaka Khan, Ruby Turner and Goldie.

A large section of the Floating Stage audience is seated in the main grandstand inherited from the Regatta, and the low roof over these premium seats meant the PA had to be flown at low level to be able to fire up under the roof and reach the back rows.

The system design consisted of three hangs of MLA Compact per side. Unconventionally, the outfills of nine cabinets were significantly bigger than the main left and right PA hangs, each featuring seven MLA Compact.  This was down to the fact that the outfills had a lot more work to do than the mains, with the audience spreading out to 80m each side of the stage.  The main hangs had only to fire 30m to reach the rear of the grandstand however, and the Left/Right infills of four MLA Compact finished the job.  Again, due to the restrictions caused by the grandstand roof, the PA had to be flown very low in order to get up underneath it.  The unique capabilities for Martin Audio's MLA Compact meant, however, that the levels at the front, near the arrays, could be optimised to only 1dB higher than at FOH.

'The new stage meant we had better options for the MLX subs - we could stack the subs in a way that was more evenly distributed horizontally,' said Honywill. In previous years production had relied on a Left/Right configuration of six MLX wide in a steered array, but this year they had two cardioid blocks set together, three high on each side, pointing the sound where they needed it. 'This effectively worked as a single source, making it easier to tie everything together coherently and to time delay the sound.'

Another key to the success was the deployment of eight of Martin Audio's new Blackline X8 as fills under the grandstand roof. 'These sounded really good, and what you get for your money is pretty amazing,' he continued.

Elsewhere there were four other stages or bars featuring live music, three of them (Bedouin, Ronnie Scott's and Riverside) all featuring Martin Audio PA rigs. MLA Mini was pole mounted with a sub on the Bedouin stage, which featured world music, while at Ronnie Scott's Bar, where people could dine to a jazz backdrop, four MLA Mini enclosures were clamped to the scaffolding. Riverside, meanwhile, had three W8LM, Mini Line Array per side with two WLX subwoofers concealed underneath.

Summarising, Simon Honywill said, 'Ultimately the new design for the Floating Stage proved to be a vast improvement on what we had previously, and everyone loved it.'

He was assisted by RG Jones' project engineer, Jack Bowcher, who took over as FOH tech and PA overseer on the main stage.

He confirmed that the Martin Audio systems had responded well to the heat and humidity to which they had been subjected. 'Overall, everyone was very happy with the site coverage and the new sub array was a big success,' he said.

'In terms of sound thresholds, we were able to maintain offsite sound limits under 65dB at the nearest location while measuring between 100dB-103dB at the FOH desk on the Floating Stage.'

Finally, RG Jones owner and Account Manager Andrew Williamson who has literally grown up working at the festival added 'It truly is The UK's most magical summer party' with all net profits going to the Henley Festival charitable projects'.

The Henley Festival supports The Children's Society as its national charity and promotes year-round community projects, with the aim of providing experiences via the arts to groups that may not otherwise have access.