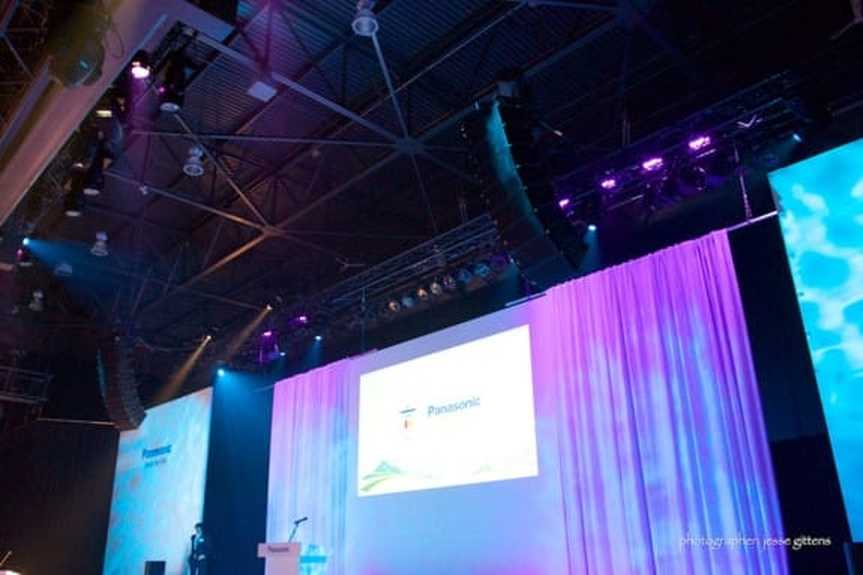 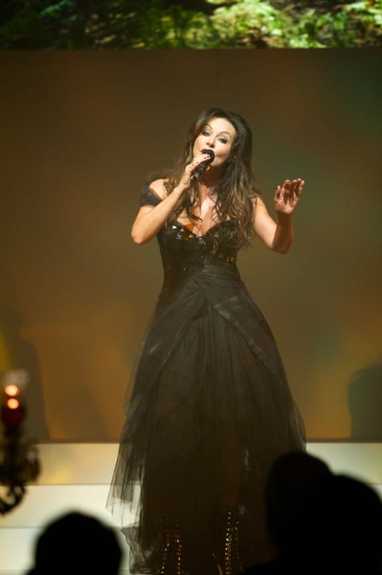 Produced by The Brand Live Group in Vancouver, the Welcome Party was a high end corporate dinner and show featuring a special performance by diva Sarah Brightman of the new Panasonic theme song, 'Shall be Done.'

Monitors and side fills consisted of eight Martin Audio LE1200 monitors powered by Martin Audio MA 4.8Q power amplifiers. Consoles used were a Yamaha LS9-32 for FOH and a Yamaha PM5D-RH for Monitors.

Asked why they chose Martin Audio, NWGE President Steve Williams said, 'The client and venue required the very best sound possible with maximum yet smooth coverage throughout the venue. The headliner was very familiar with the performance of Martin Audio and wanted this system for this event.

'W8LM mini line arrays provided exceptional coverage and output,' Williams continued, 'yet were extremely unobtrusive and allowed for clear sight lines for the audience and the visual presentations for the client.

'Our client was extremely particular about the caliber of the audio system for this gala event and Sarah Brightman's touring engineers were extremely pleased with the performance and clarity of the Martin Audio system.

'The Martin Audio speakers rigged quickly and easily and were perfect for this job. The small profile of the array hang and exceptional coverage that it provided clearly confirmed what we have known for sometime.

'Martin Audio rocks!' Williams concluded. 'We are always amazed by the performance we get from these little boxes. They are like the 'Swiss army knife' in our speaker inventory. We were very happy with the results of this system.'