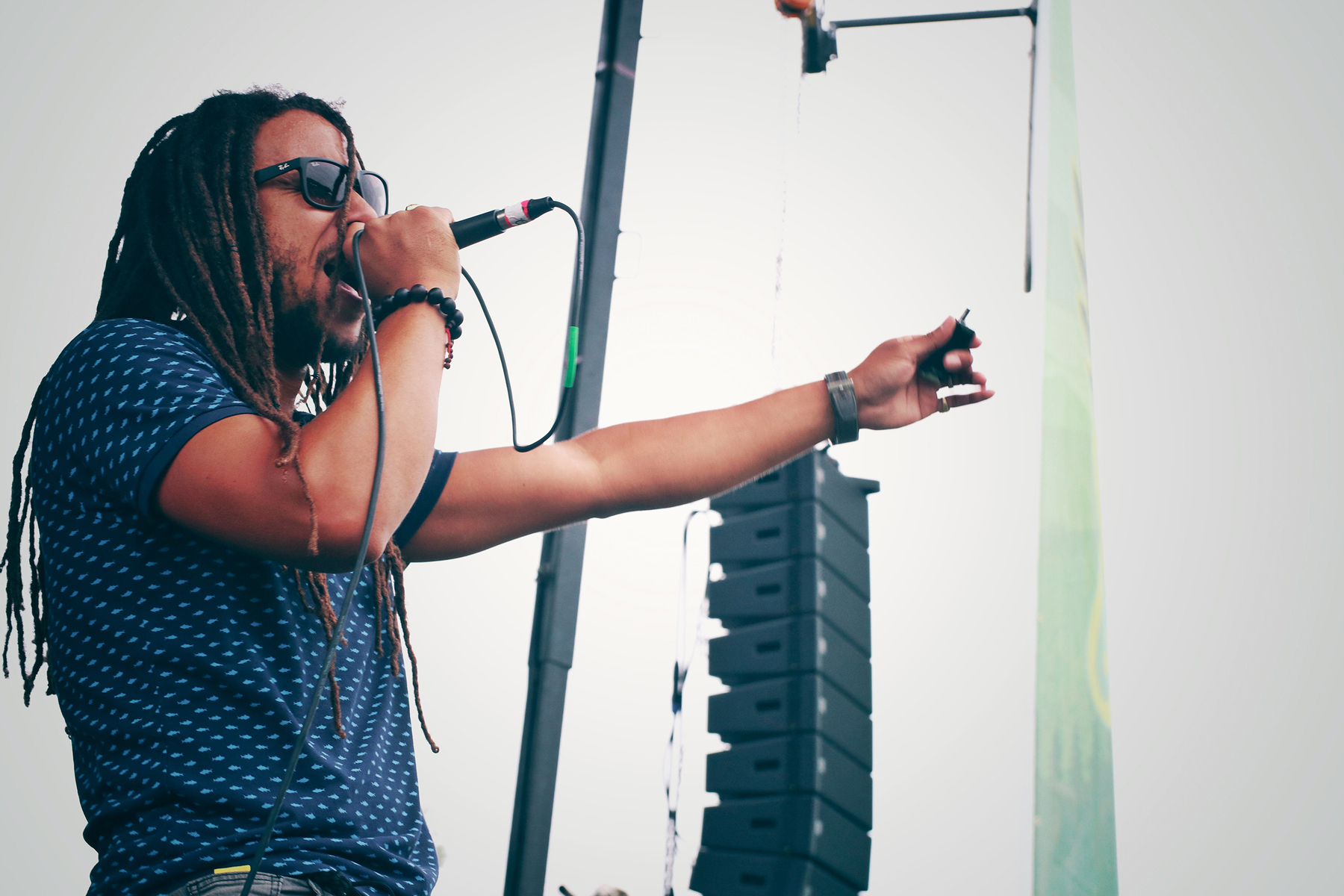 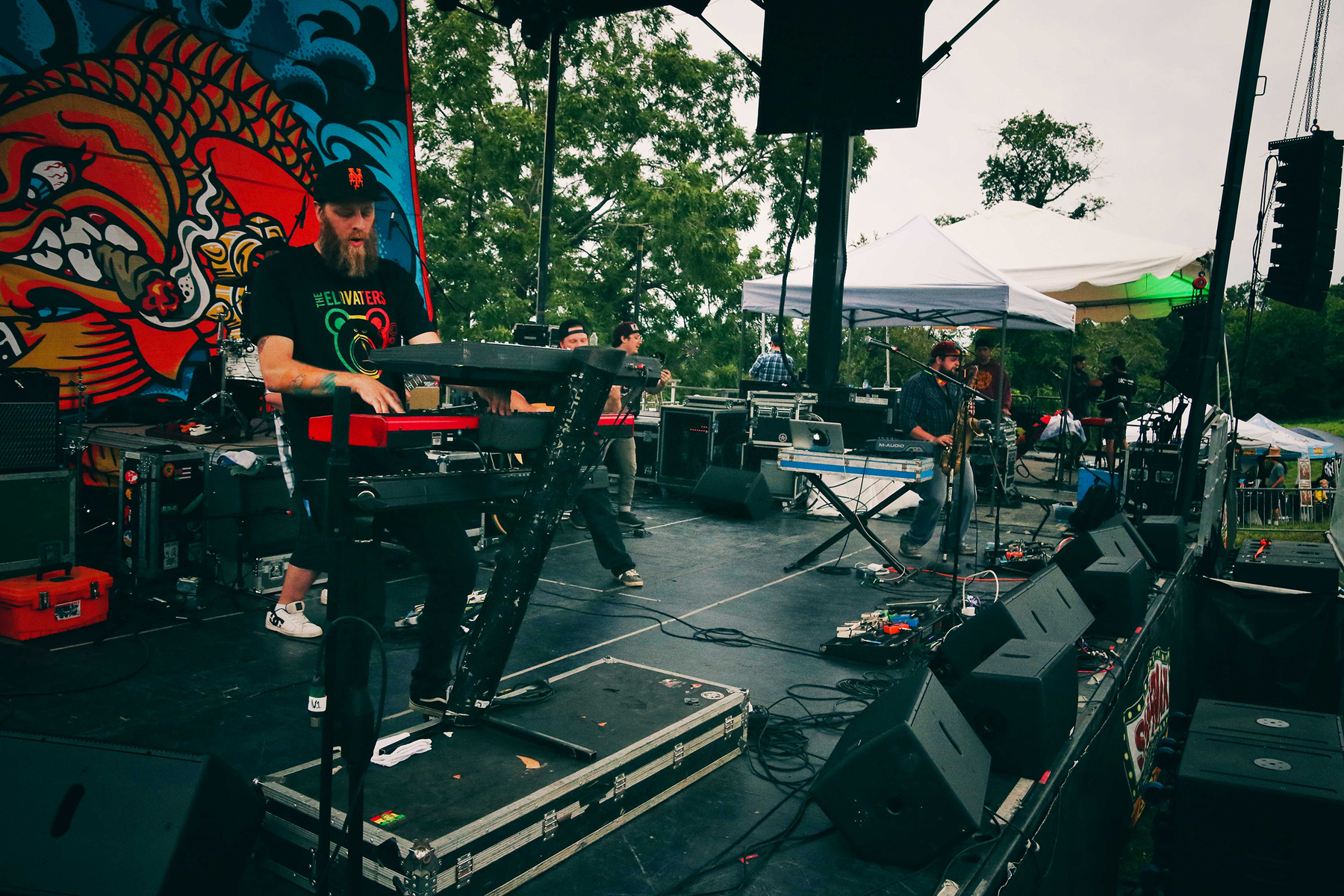 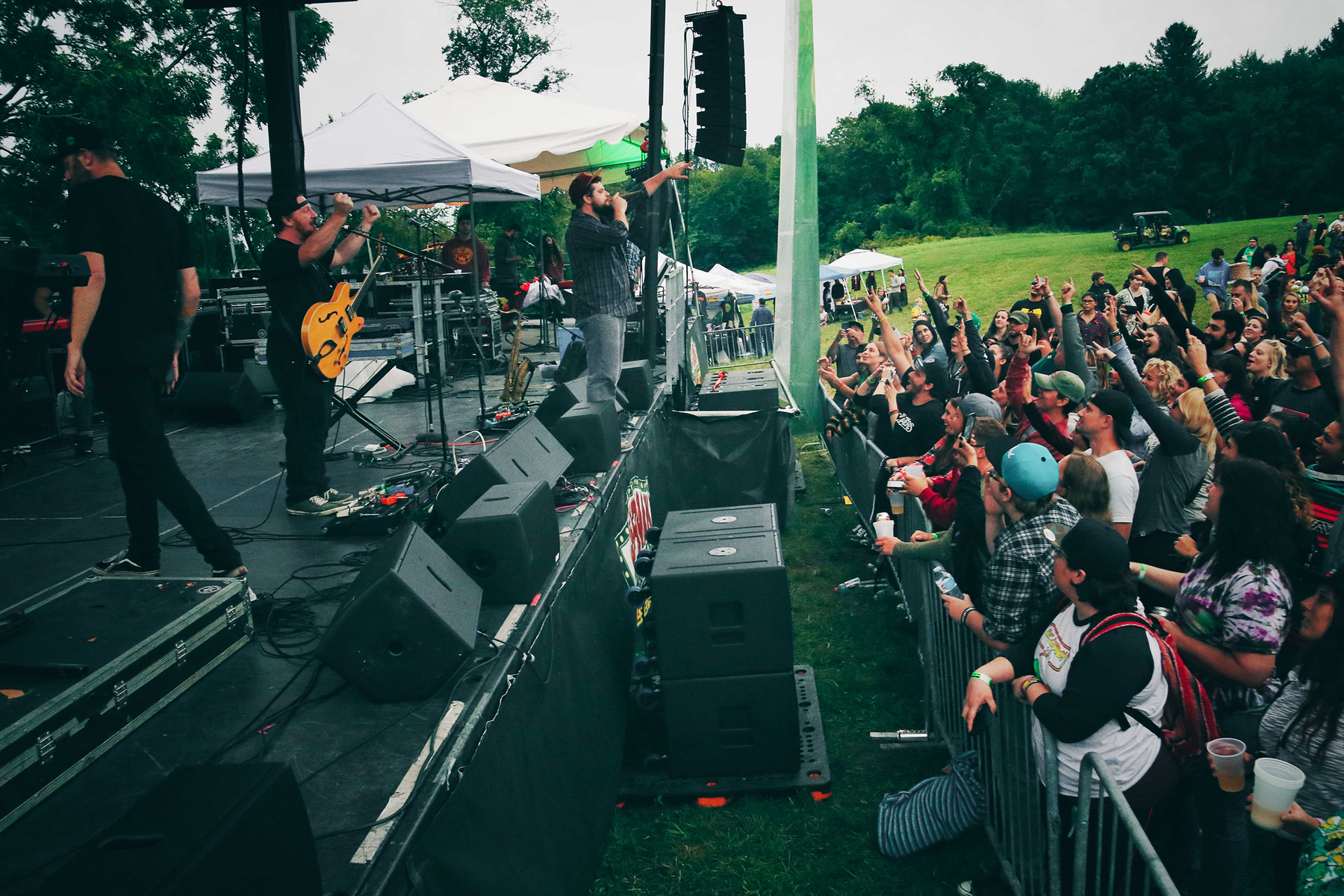 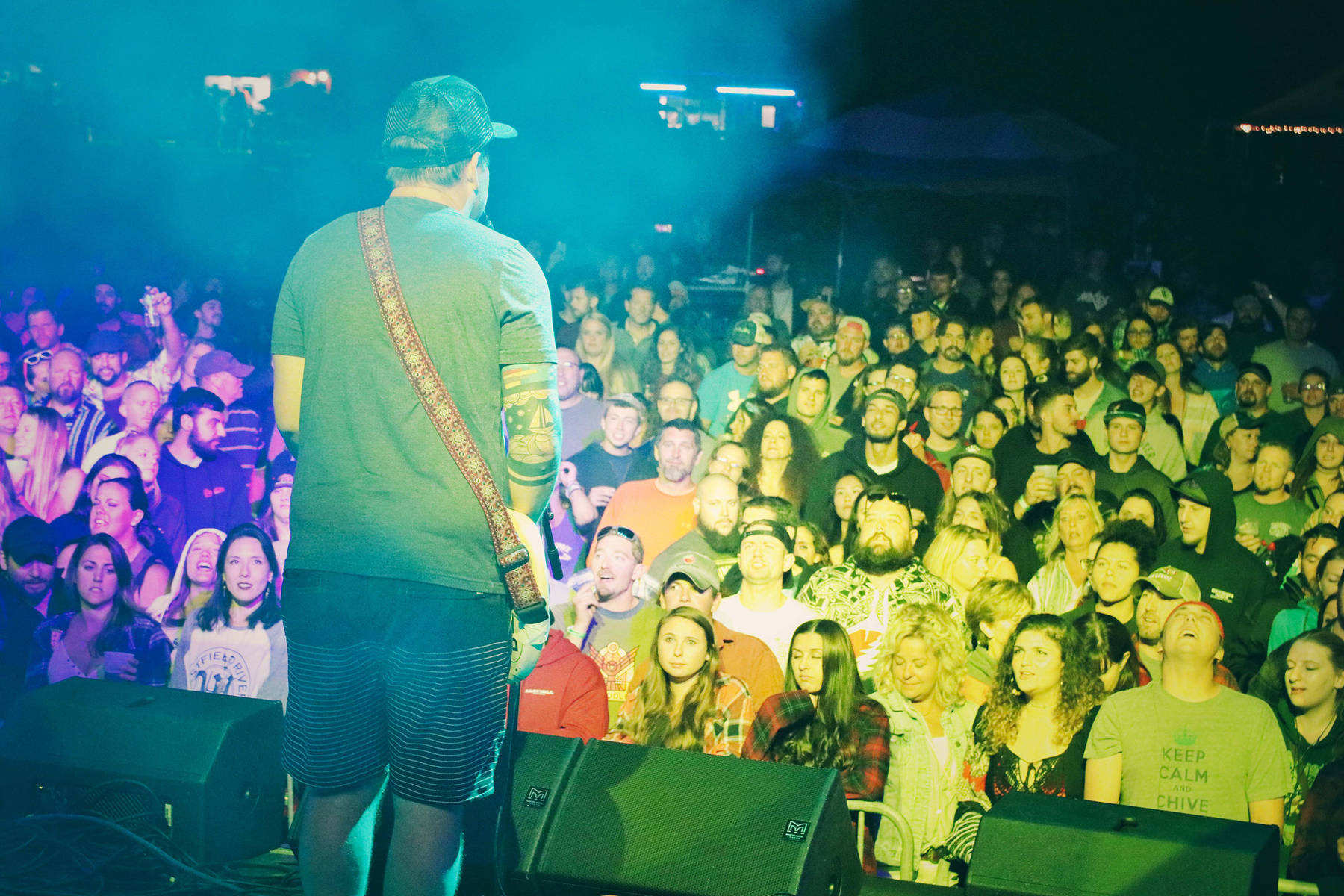 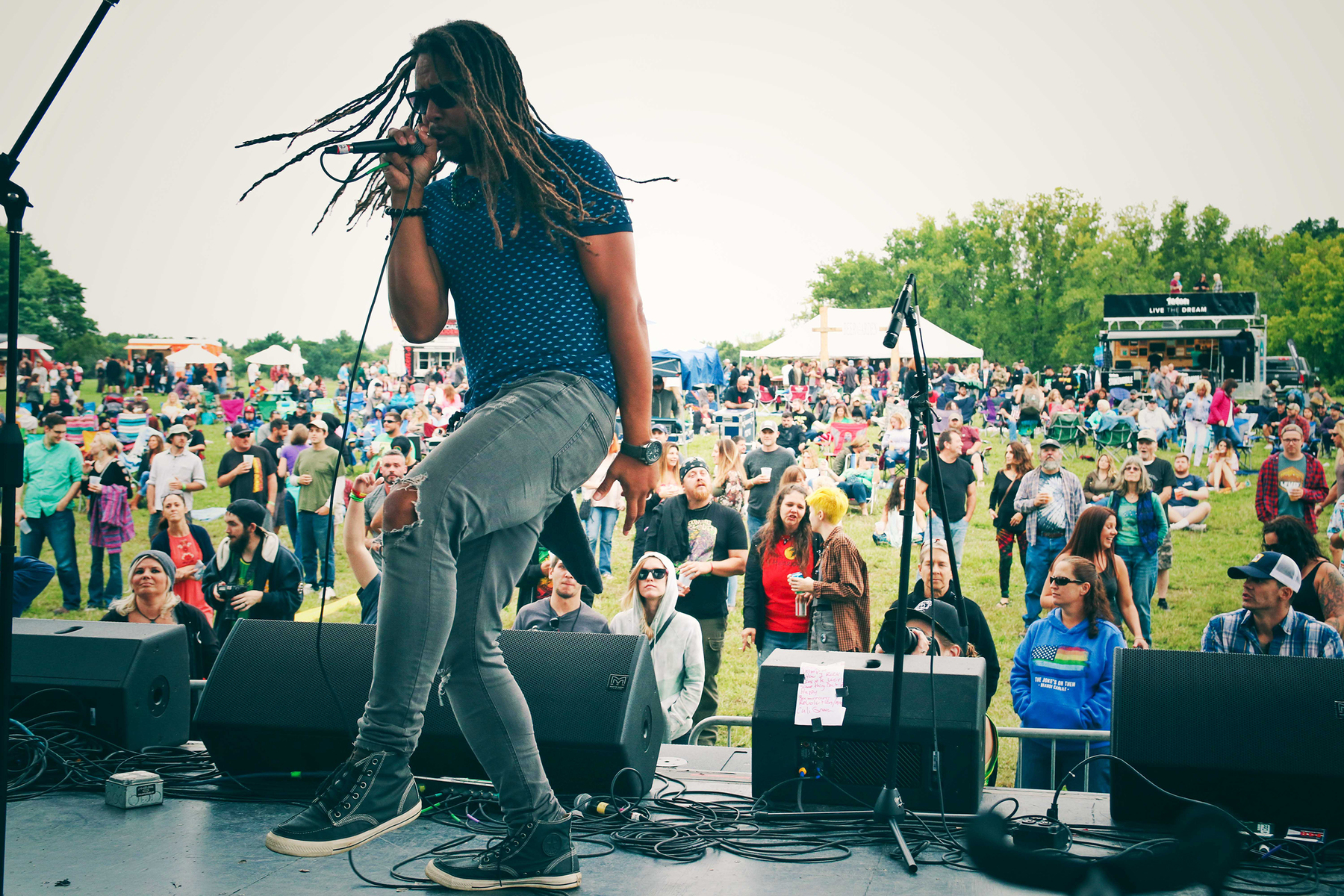 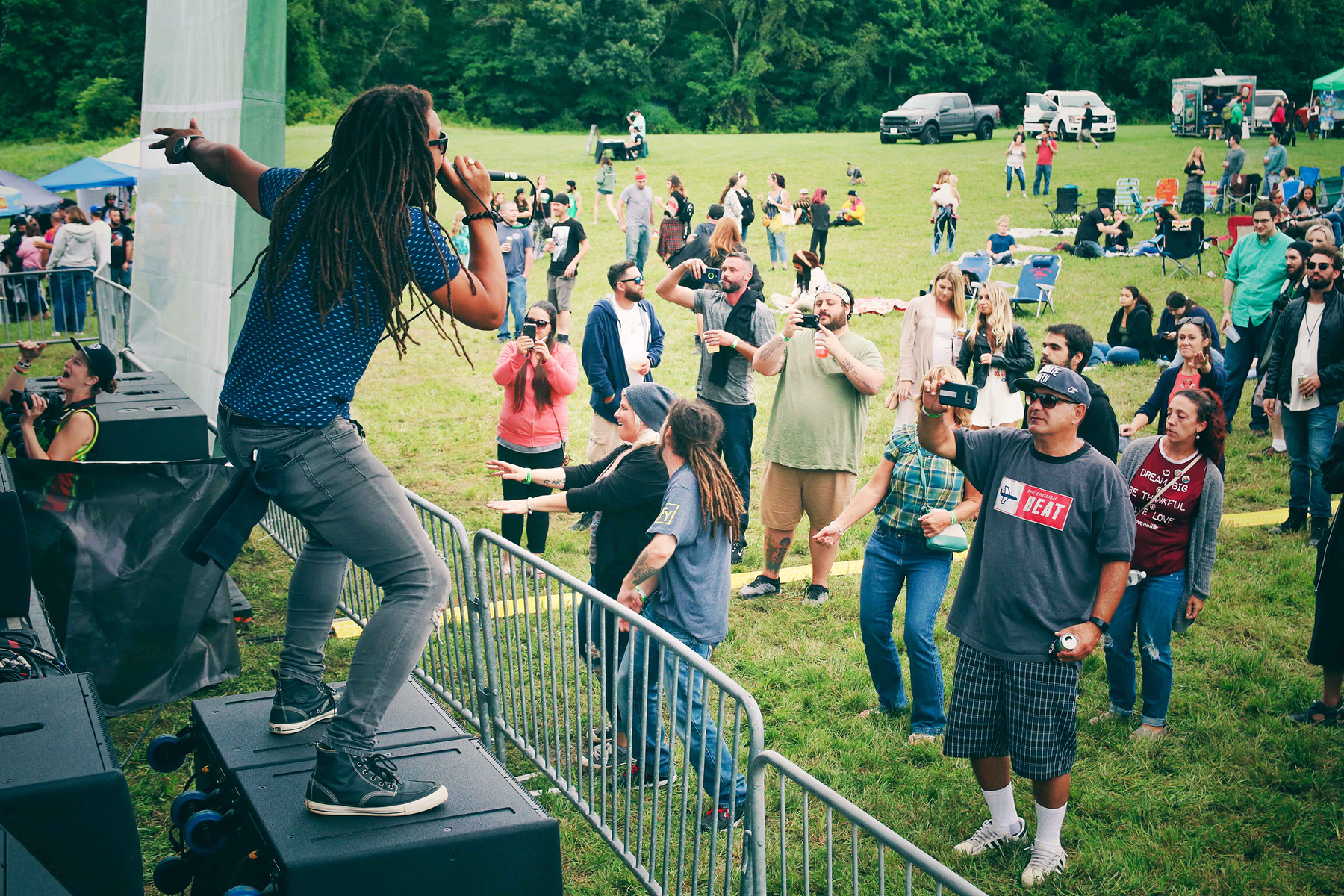 The Garden Grove Festival in Southwick, Massachusetts got a dramatic audio upgrade courtesy of a new Martin Audio WPM system provided by Paddle Out Productions.

Paddle Out is comprised of Ryan Burhans and Joel Hanks who are also the booking-management team for the Sublime tribute band, Badfish. Ryan heads up Production and Engineering while Joel handles Management and Booking and also plays bass for the band.

Ryan first became aware of Martin Audio with a CDD-LIVE rig supplied by long time Martin Audio partner, Mark Waker of Balanced Input in North Attleboro, MA. Ryan was impressed with the clarity of the system and the ease with which high quality audio could be achieved even though the performers were often dangerously close to the speakers.

Bottom line, it was a really successful show. The owner of the brewery and others in the bands and audience kept telling us how great it sounded. WPM is loud, but really clear and clean and it lets you talk to people without being abused. It was a perfect

Soon after, the system made its debut at Garden Grove, which was held at the Westfield River Brewing Company on a farm located at the brewery site with close to 1800-1900 attendees.

As described by Ryan, “the festival had two stages, side by side, with Martin Audio WPM supporting the mains and monitors on the main stage. The throw for the main stage was about 200 ft, which was pretty far for that size event. I walked all the way to the back and it sounded amazing back there.”

The setup included a Stageline 250 mobile stage with eight WPM a side and three Martin Audio SX218 subs (rented, then purchased from Mark Waker) ground-stacked on each side and a center cluster of four CSX-LIVE 118’s in front of the stage for center sub fill. There were also four CDD-LIVE 12’s across the front of the stage as lip fills.

Five acts on the main stage could all be generally described as a mixture of Ska, Punk and Reggae, like the headliner, which simplified Ryan’s FOH mixing duties: “It made the day easier that they all sort of fit into the same input list in terms of horn sections and keyboards. The bass sounded great with the subs.

“The system sounded great right out of the box,” adds Ryan. “We didn't even get a soundcheck. Just did a line check––went right into the first band and it was all right there, crystal clear. That, plus getting it set up and flown the first time without a ton of walk throughs made it a whole lot easier. We had the system up in the air and looking really clean in no time, which was helped by the software which is super user friendly.

“I noticed the clarity and warmth right away. It didn’t sound boxy, just really open without having to do a lot in terms of processing. I was getting great snare sounds and top end without pushing it––the vocals were sitting high and clean.

“Ultimately, I felt really at ease, even though I was starting a show without really hearing the system. I was putting it on display for my partner and the client, Badfish, as their main thing for this event and I was nervous at first but everything worked well with great coverage and sound. I mixed all day and I got more and more comfortable with the PA as we moved along and I dialed it in. The monitor engineer also had a great day––he said it sounded super smooth.

“Bottom line, it was a really successful show. The owner of the brewery and others in the bands and audience kept telling us how great it sounded. WPM is loud, but really clear and clean and it lets you talk to people without being abused. It was a perfect choice for the situation.”