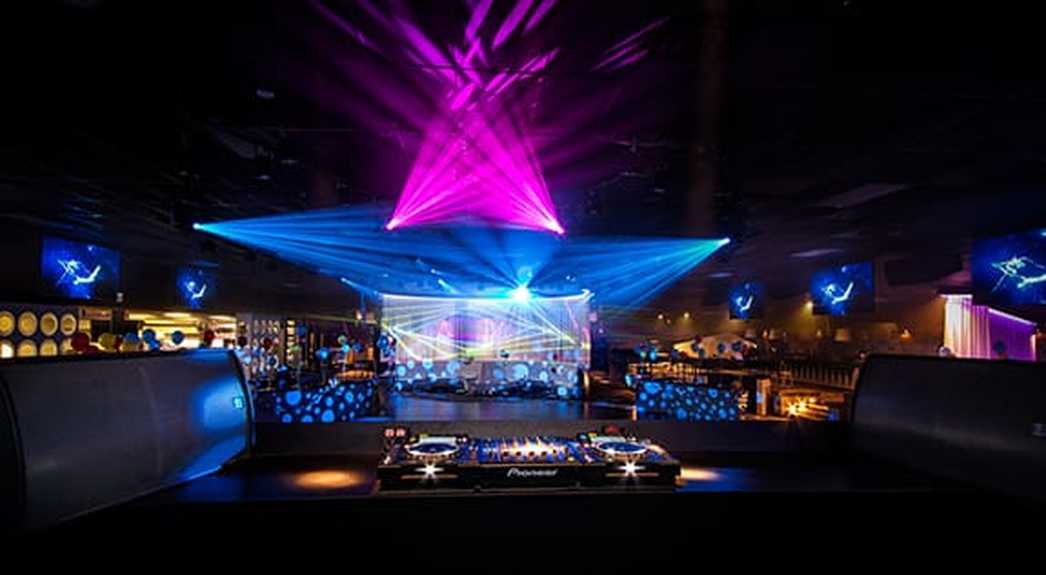 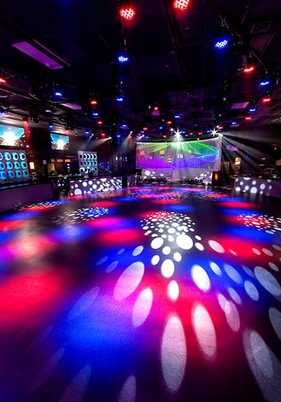 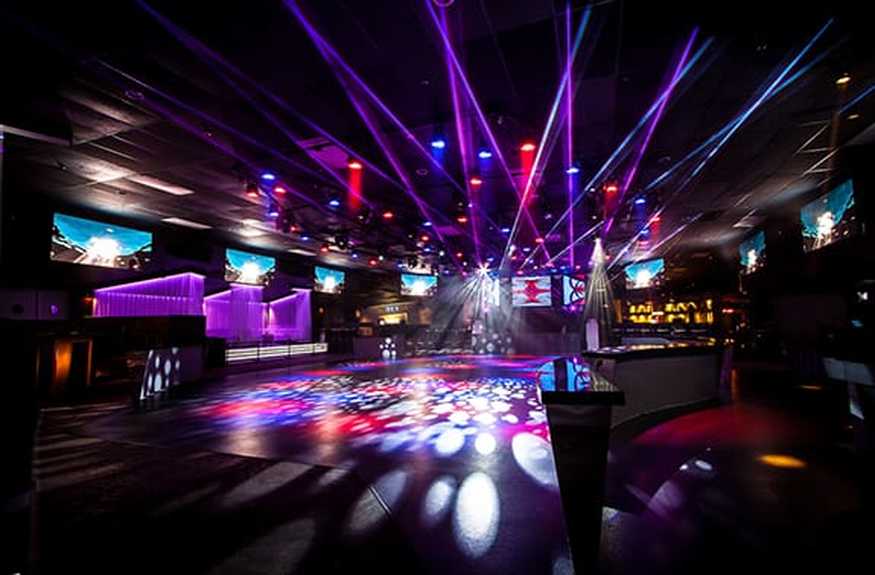 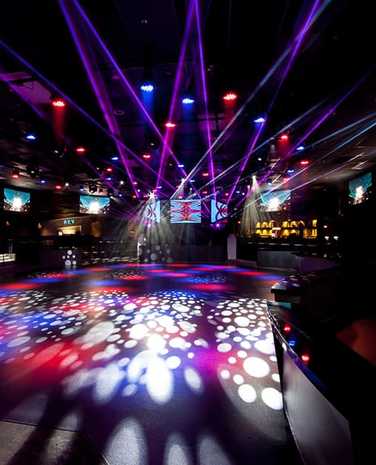 Revolution is one of the largest and most successful dance/nightclubs in Waterloo, Southern Ontario, Canada. The city has become a leading technology hub of North America largely because well-known high-tech brands such as Blackberry, Sybase, Google, Oracle, Intel, McAfee, NCR Corporation, Electronic Arts and Agfa either grew to prominence or are headquartered there.

Owned by Gary Stewart and his wife Sue, Revolution has been around in its current incarnation since 1996. The club is open Friday and Saturday and shares a 10,000 square foot building with Flying Dog Restaurant, a popular upscale casual dining emporium that offers DJ-driven entertainment on weekends.

Asked about the club's longevity, Stewart answers, 'We're fortunate to have three universities that provide us with a new group of customers every September, not to mention all those tech companies.

'We've been bobbing and weaving over the years, always on the move to stay ahead of changing styles and demands of the market,' Stewart continues. 'This year, we decided on a complete audio, video and lighting system upgrade because it was time for a change.'

Although Revolution occasionally features international DJs such as Avicii and Hardwell, Stewart insists the club 'isn't guest DJ driven. We have always appealed to the masses. We've managed to fill 1600 seats every weekend for over 20 years by playing what the customer wants and appealing to the ladies.

'In terms of music program, we offer more variety because our guests don't want to be hammered by a straight EDM program five or six hours a night. They still want Top 40 material and a more accessible pop/dance format to break things up. Most of the pop music on the radio has an EDM slant from a production standpoint anyway. So eventually it all falls into place and works for us on the dance floor.'

In addition to a massive dance floor, Revolution has The Purple Room and a number of VIP suites to accommodate the special needs of its guests. As Stewart explains, "we offer first class furnishings with a degree of privacy, personal service and a feeling of being special when you step into one of our VIP areas, even if you're not a famous celebrity.

'The Purple Room is our EDM space. We've been programming house DJs there for over 15 years. This space offers the more specific EDM fan a place to hear their favorite beats without having to go to a different club. It's small and intimate with a crushing Martin PA in a room that holds up to 130 customers while total capacity for the club is 1590.'

Revolution's recent audio, video and lighting system upgrade represents a significant investment consistent with Stewart's commitment to keep the club at the forefront of technology. As he points out, 'Besides the new audio install which features the latest Martin Audio products, we've put in 92 Microh LED video panels with 11 screens running around the perimeter of the dance floor and three screens behind the reconstructed DJ booth that is now the featured attraction since the DJ is the rock star.'

Asked about his choices for audio, Stewart responds, 'We'd already owned Martin Audio gear for over 10 years, so this was a natural choice for an upgrade.

'Basically, we wanted a bigger, fuller, louder sound. 15 years ago we were top of the heap and state-of-the-art, and you can quickly fall backwards in the ranks if you don't keep changing.

'Some club owners are usually content to 'make do,' but we definitely wanted to make an impact and knew we had to modernize. No complaints about Martin Audio because they are top end all the way. The new amps are state of the art. I don't know if there's anything better than what we're using for power, lightness, reliability and price because everything's changed so much.

'We've gone to a much larger box with the H3H+'s that are mounted on flying points in the ceiling. They give us a whole lot more headroom, which makes it more fun for the customers and the DJs. The 10 WSXa subwoofers are ground-stacked in a line in front of the DJ booth and they provide more than enough low end.'

The updated system also includes new Pioneer CDJ Nexus 2000 and 900 Multi players with new technology that allows DJs to use USB, data cards and Wi-Fi in addition to CDs.

Asked how he feels about the new Martin Audio system, Stewart concludes, 'We're absolutely thrilled with the increased SPL, musicality and smoothness of coverage. It's given us big smiles and big wow. We did a promotional event with one of the beer companies mostly attended by industry guests, and the other club owners in town walked in and their jaws dropped. The room, the changes and the PA system blew them away. They were going on and on like, 'Oh My God, Oh My God, it sounds so great,' which is nice to hear from your competition and your peers.'