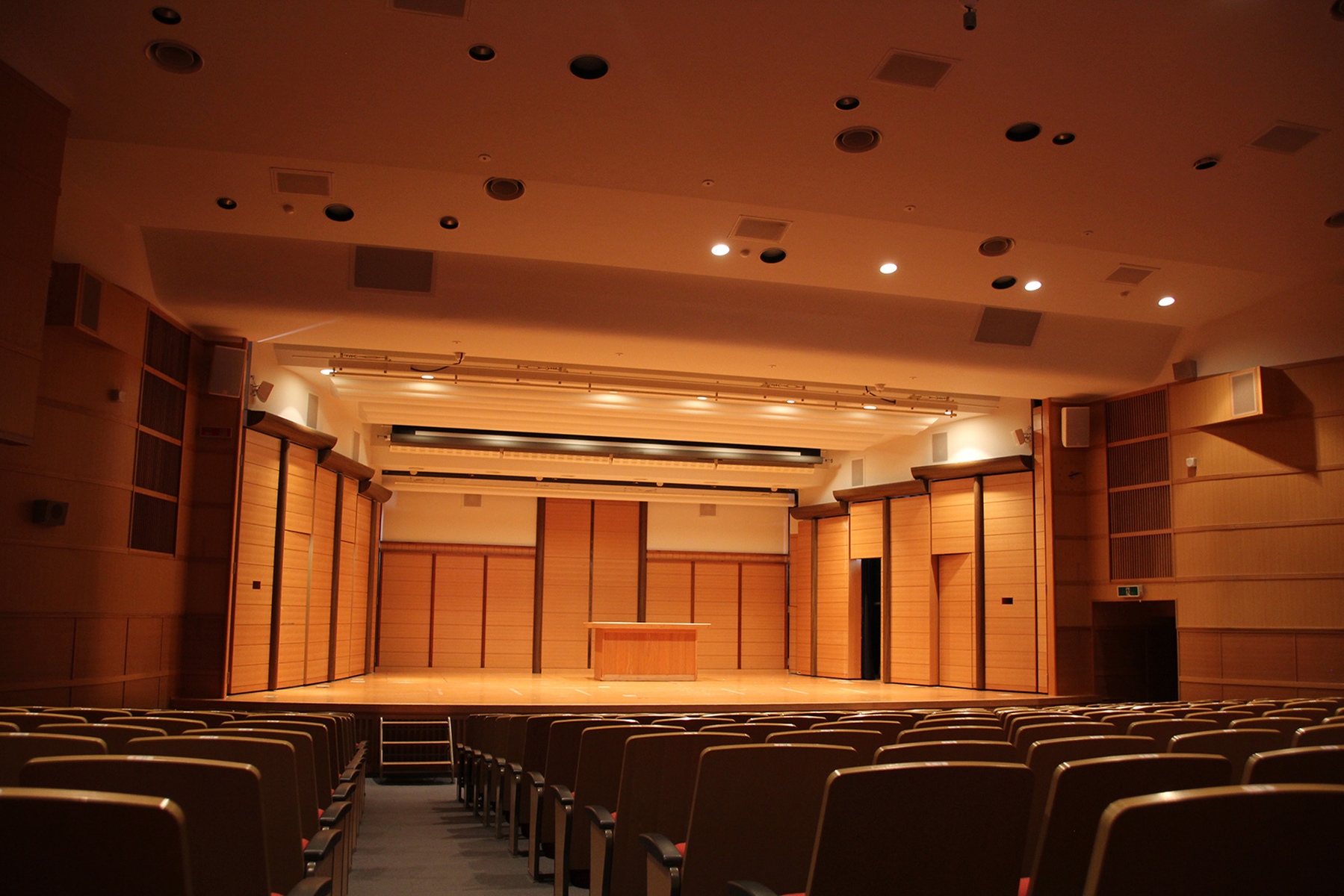 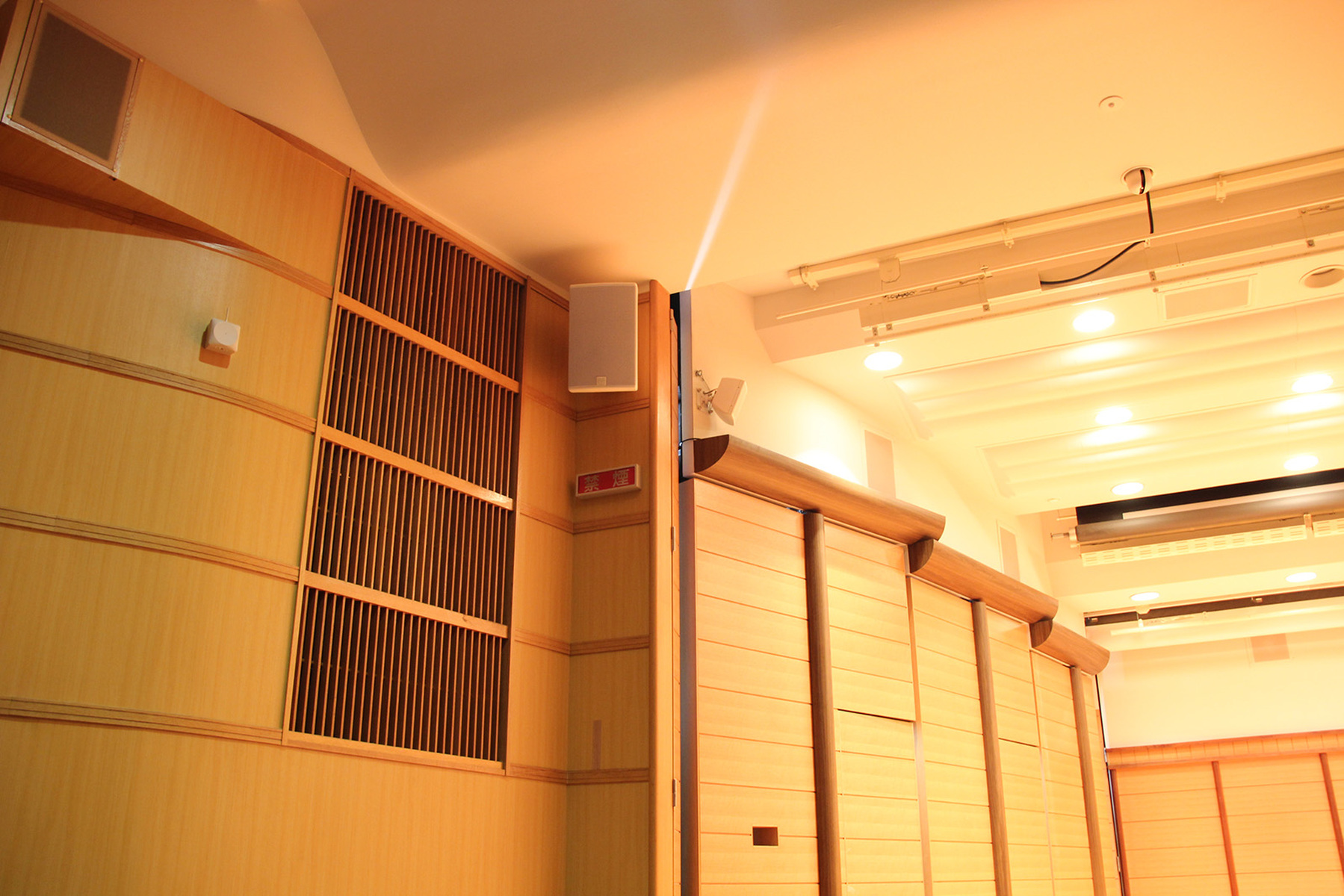 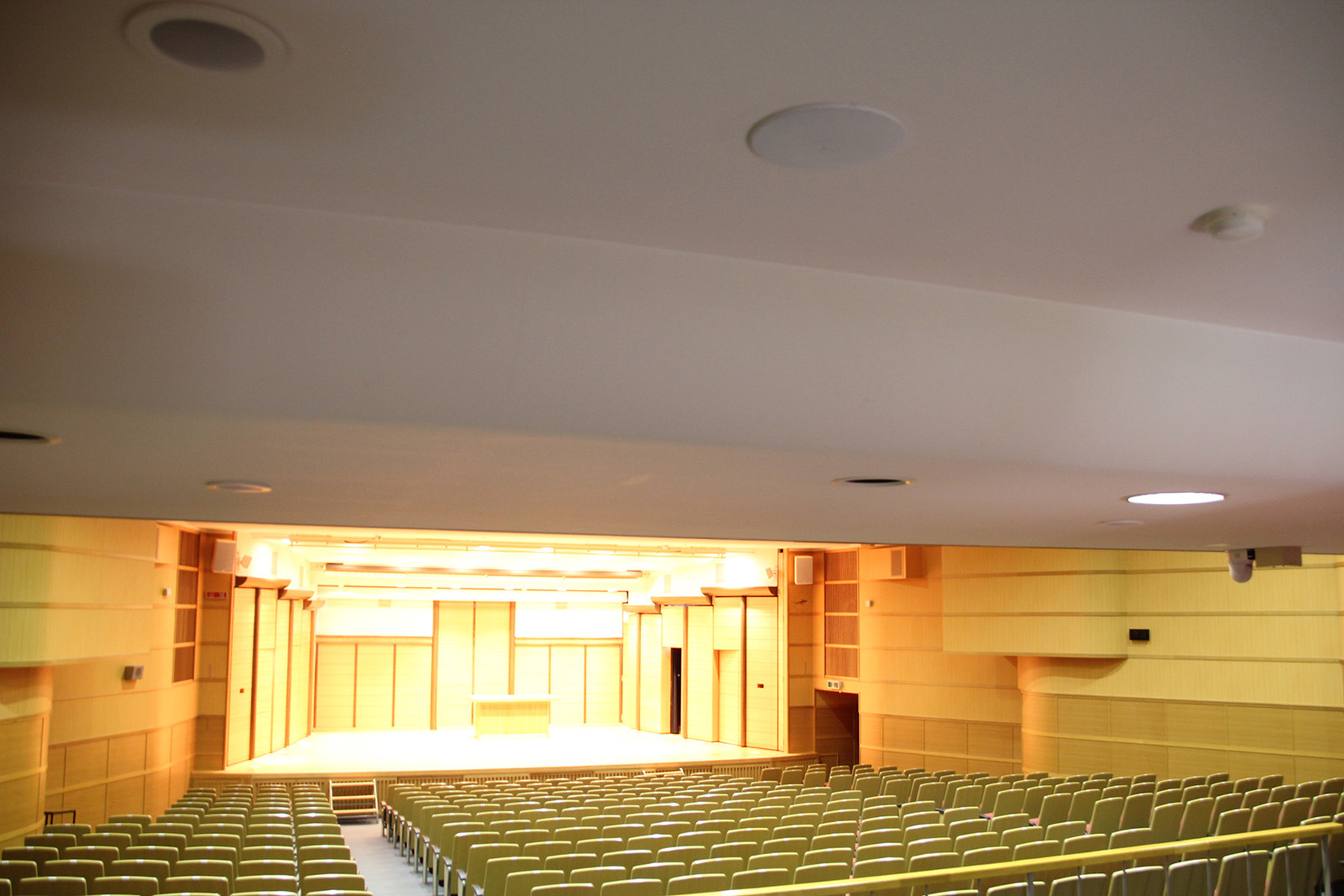 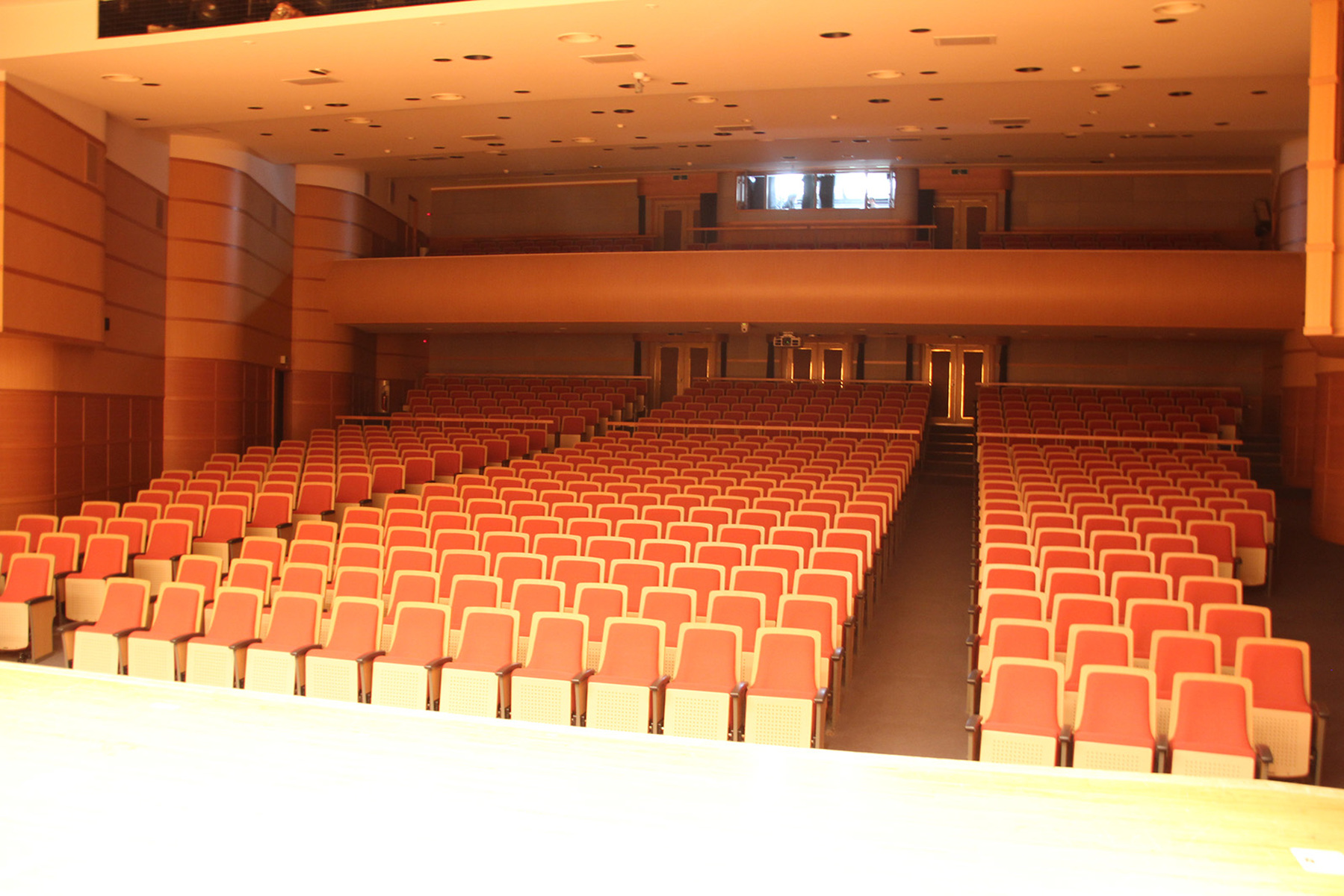 Located in the north-west of Kyoto, which is known as the city of culture, Ritsumeikan University’s Kinugasa Campus recently installed a Martin Audio CDD system in two of its halls.

It was in the Igakukan (Institute of medical learning), located within Kinugasa Campus, that the upgrade took place in the two halls. The building itself contains various classrooms, common rooms and offices, as well as a cafeteria and a multipurpose hall.

CDD12 was adopted as the main speaker due to its wide coverage and clear sound which can be heard even directly in front of the stage. Several ADORN ACS-55T ceiling speakers were installed under the balcony on the second floor to cover the depth, adopting advanced FIR filter tuning.

The overall aim of this renovation was to expand the user base by providing a professional infrastructure, and Dante was selected for the main signal routing within a Symetrix DSP environment. Touch panel control which is provided at the side of the stage for users who are not familiar with sound system technology, facilitating easy adjustment of levels and playback of microphones and presentation materials. Even for larger events that require a more advanced approach, Dante signals are distributed to the control room, allowing professional operation via the mixer.

Since Halls 101 and 102 are both connected via Dante, they can be combined, as well as share activity via video. For example, an event taking place in one venue can now be fully shared with another hall. Speakers using wireless mics can be heard equally in both halls, and communication with the hall during, say, a web conference is possible simply by connecting a USB.

Stated Mr. Kengo Kurashina of Ritsumeikan’s Office of Information Infrastructure, Information System Department: “Because of Covid-19, we still have to maintain social distance. However, I want our students to learn just as if they are present.

“I hope to have created those kind of conditions. Martin Audio's speakers are as attractive as the sound is accurate and rich. I have used it previously in another campus and succeeded in achieving the quality of sound that is usually difficult to realise in the classroom.

“This hall is used for a wide range of student activities such as ceremonies, academic classes, theatre, dance performance shows and traditional performing arts. Therefore, I set a goal to be able to express not only speeches but also audio and music from the Web, with overall consistency.

“Also, since the audience needs to keep a distance, I wanted to expand the sweet spot as much as possible and so I made the decision to tune the speakers with FIR."