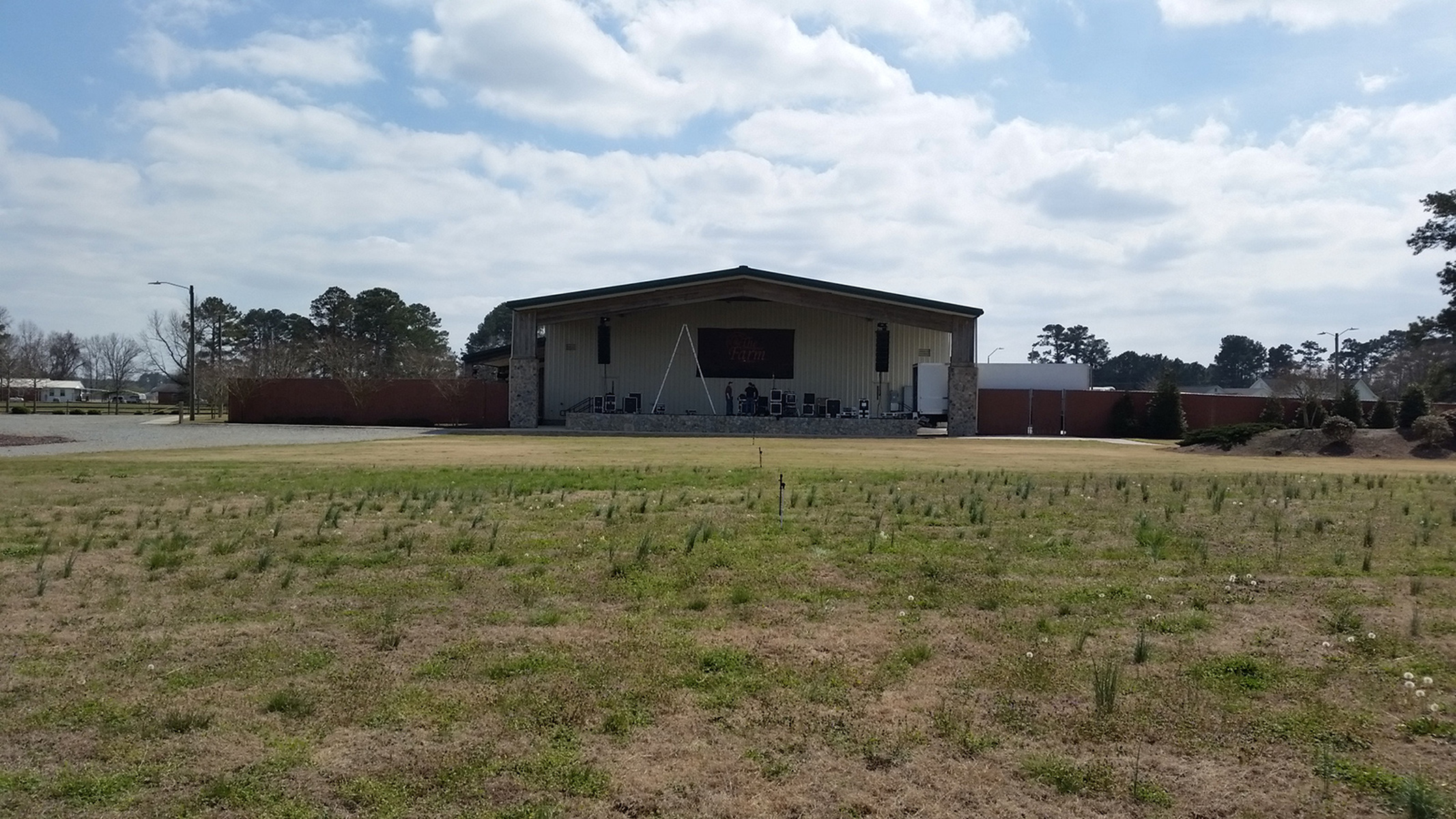 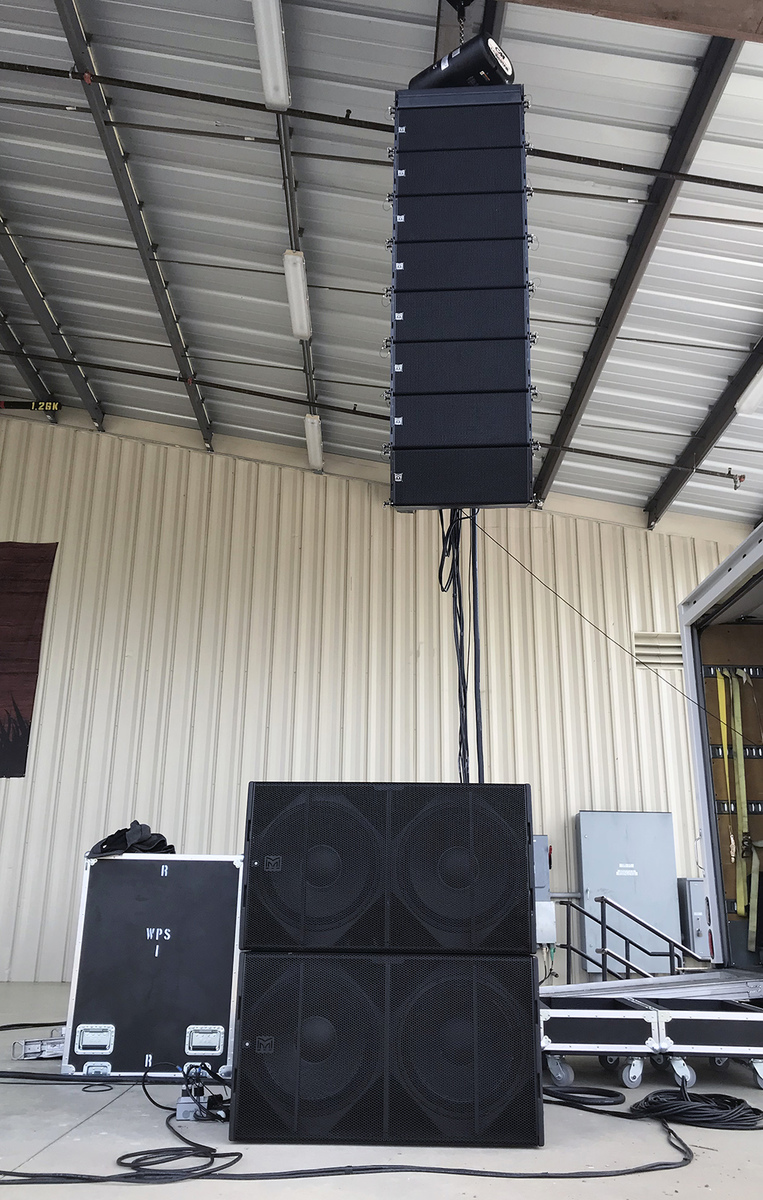 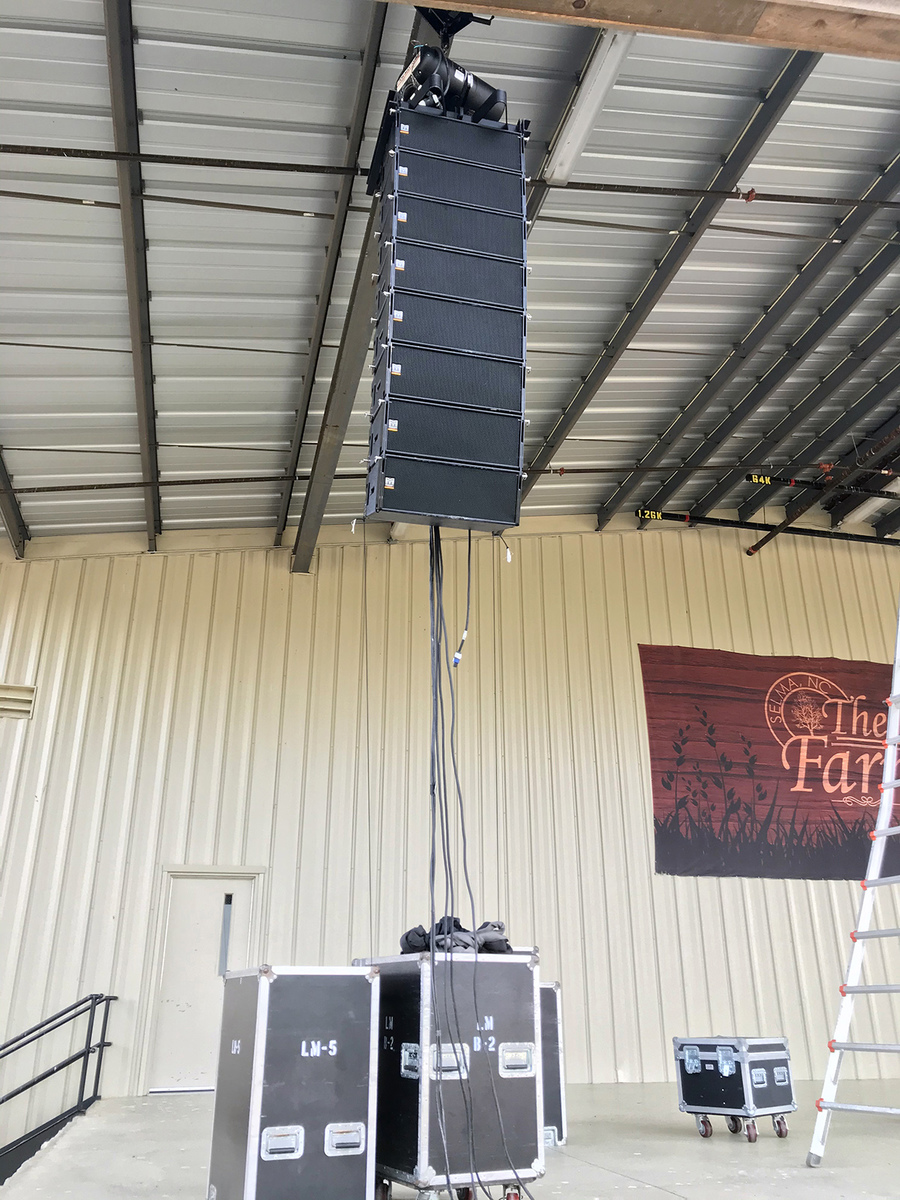 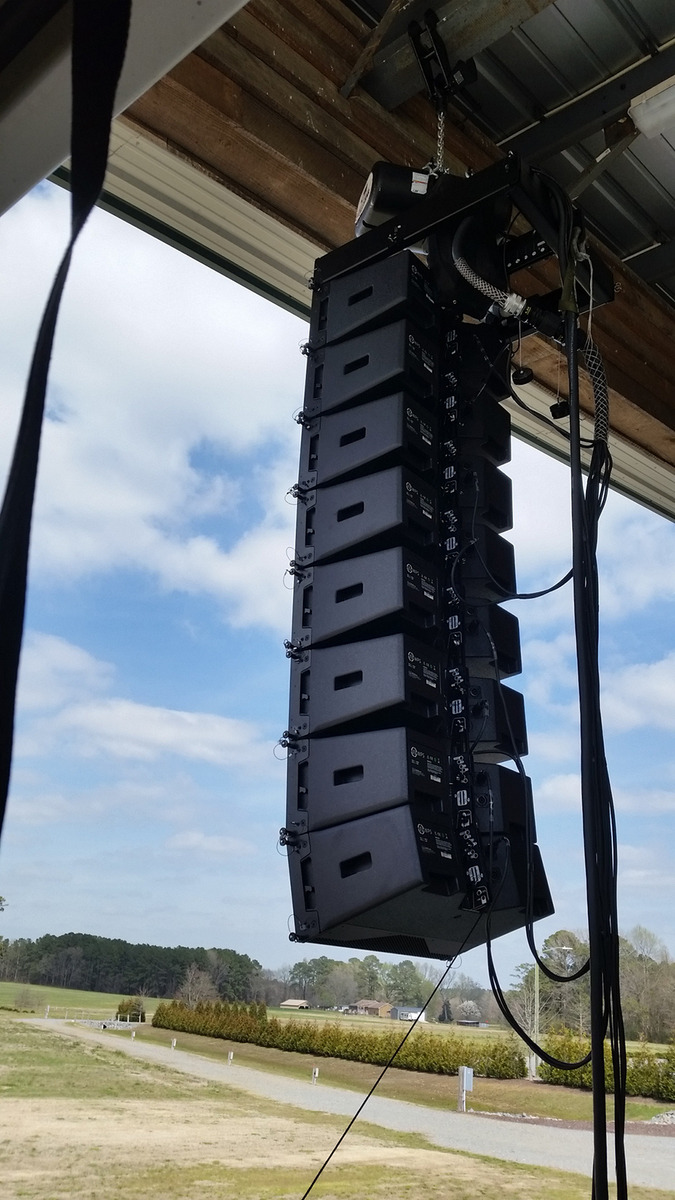 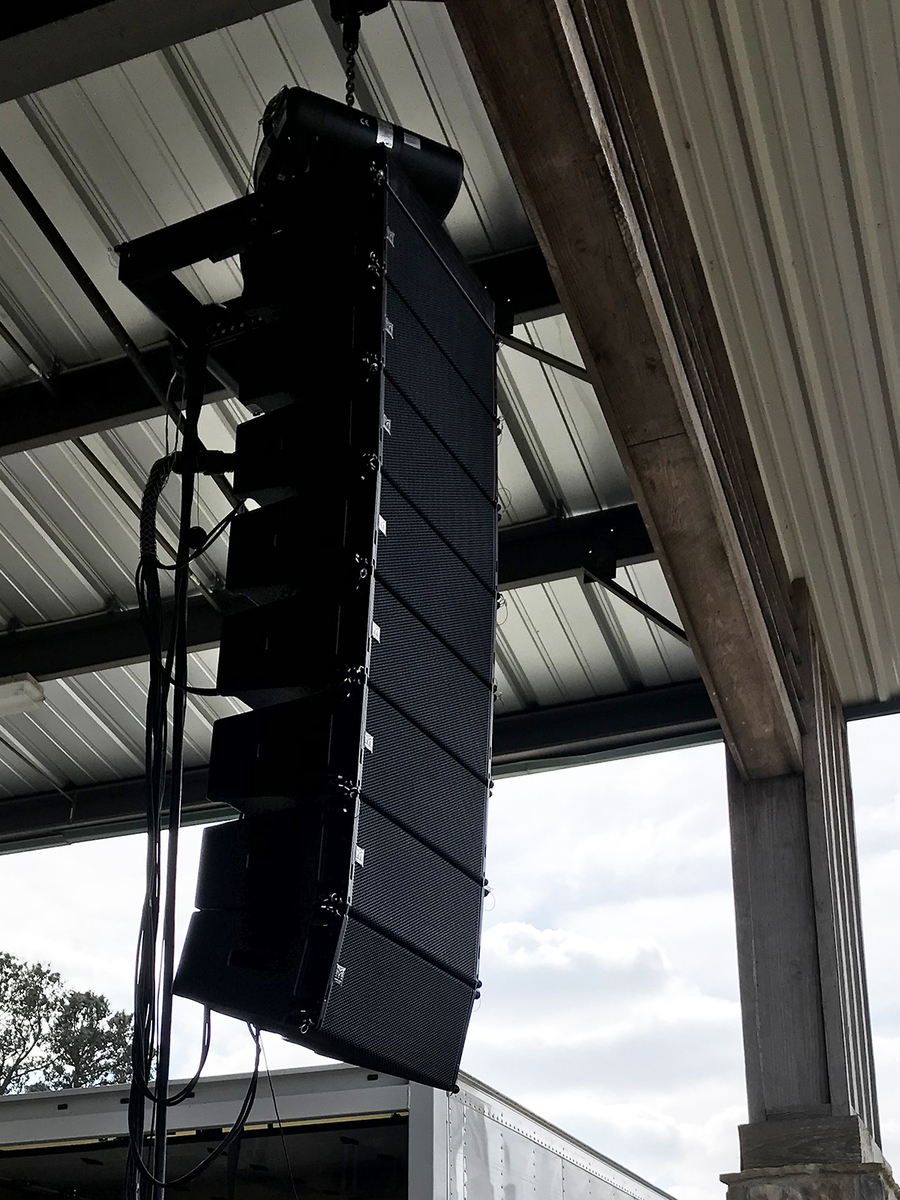 RMB Audio based in Raleigh, North Carolina, has been a long standing partner to Martin Audio dating back to the 1970s and the days of founder, Dave Martin. They also hold an enviable position of being the first US customer of the W8LM Wavefront line array back in 2005 and the first US customer of its successor, WPS Wavefront Precision line array in 2019. It was fitting, therefore, that RMB audio recently ran some field tests to compare the two products.

Martin Audio launched W8LM in 2005 and RMB Audio received the first 16 cabinets in the USA to support the main W8LC rig as flown outfills. In short order, they quickly discovered the biamped three-way W8LM cabinet was suitable for theater, amphitheater and outdoor performances and became a stalwart of their inventory. Pairing W8LM cabinets with matching ground stack bars and the flyframe meant they could stack on subs for powerful sidefills or a free-standing PA.

WPS is a passive 3-way system which integrates a high density of drive units in a very compact enclosure. It features 2 x 8” LF drivers, 4 x 4” midrange drivers and 4 x 1” exit HF compression drivers loaded by a moulded HF horn which occupies the full width of the enclosure — defining the 100° horizontal constant directivity coverage pattern of both the HF and midrange sections.

We are delighted that WPS is such a significant addition to our inventory and continues our long and fruitful relationship with Martin Audio.

The 4” midrange drivers are compression-loaded to raise efficiency and enter the horn walls via annular slots close to the HF throat to sum effectively with the HF wavefront. In the HF section, four 1” exit compression drivers deliver pristine high frequency sound without the harshness and distortion associated with larger format devices.

The 8” LF drivers are set back behind the walls of the HF horn, with a small volume of air in front of each driver increasing the output at the upper end of its operating range. The LF exit apertures are spaced apart horizontally to provide useful LF horizontal pattern control.

A field comparison of the W8LM and WPS both powered by IK42 amp racks was conducted by RMB Audio with eight of each cabinet type flown. Each WPS cabinet was powered by individual IK42 amp channels as a single cabinet resolution. Each group of four W8LM was biamped by IK42 four channels as RMB Audio deploys routinely. Field markers were set at 50, and 100ft from the hang. SPL meter measurements were collected each field marker as presented in the Table 1.

RMB owner/founder Cooper Cannady commented, “The WPS eight cabinets were most impressive at over 100 ft. facing away from the stage that sounded as if a speaker was at the back of my head and the articulation was superb.”

“While the W8LM is a well-received line array the WPS array exhibits the Martin Audio Display DSP program benefits for stage rejection and forward control that is very linear. The pink noise dbc measurements were very linear. We are delighted that WPS is such a significant addition to our inventory and continues our long and fruitful relationship with Martin Audio.”

Notes: Measurement Area was an open field without any trees or other structures.