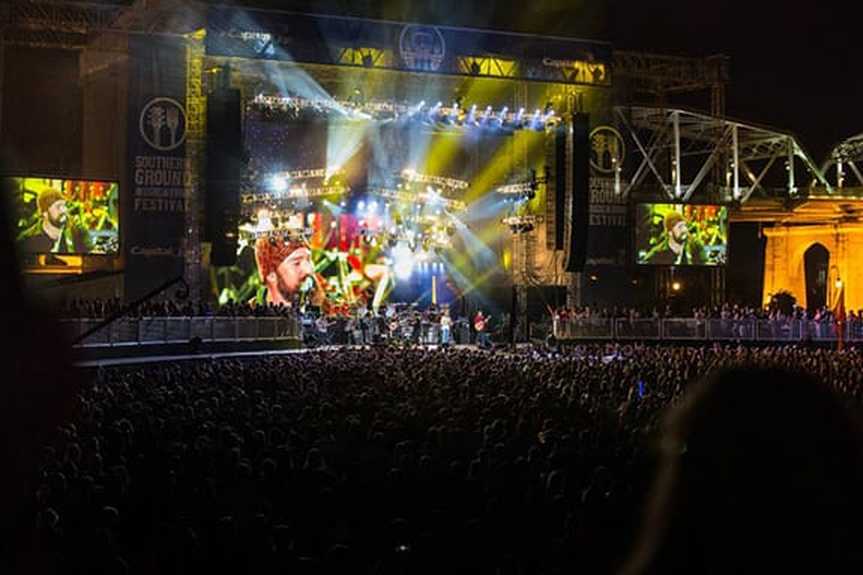 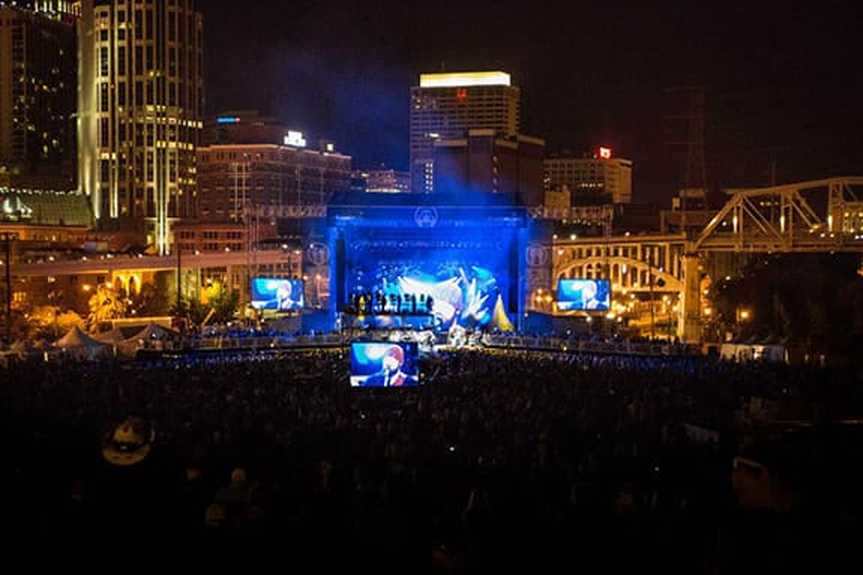 The music was augmented by an 'Eat and Greet' food component with some meals prepared by festival organizer/headliner/foodie supreme Zac Brown and executive chef Rusty Hamlin. Celebrity chefs such as Chicago's Guiseppe Trentori and 2013 James Beard award winner Stephanie Izard were also showcased along with local Nashville favorites. In addition to the on site food stalls, 14 private boxes, each holding tables of 24 gourmet aficionados enjoying catered meals, were situated directly in front of the stage for maximum eating and listening pleasure.

SES (Special Event Services) of Nashville and Winston Salem deployed a massive Martin Audio MLA setup for the event consisting of 22 MLA, two MLD (downfill) and 12 MLX subs flown per side. 12 MLX were ground-stacked under center stage with three W8LM per side for lip fill. A DiGiCo SD7 console was at FOH and two DiGiCo SD10s were used for monitors.


Asked about the reaction to the MLA system, SES Director of Touring Operations Michael Brammer responded, 'Eric always has a good night when he's behind MLA and even though Zac was having some vocal issues because of a head cold that weekend, we were able to compensate for that with the PA and really make those problems disappear.

'Then the fact that we could walk outside of the festival site and have no noise pollution in terms of the nearby residential areas and hotels was ideal. We never got a phone call about it being too loud.

'All the guest engineers were absolutely blown away, especially when they walked the field and found out the mix still held together 600 ft. away from the stage with no delays!'

For more about Martin Audio, please click to www.martin-audio.com.

About MLA™ (Multi-cellular Loudspeaker Array)
The result of many years of intensive R&D, MLA's methodology replaces trial-and-error array design with intelligent numerical optimization of the array's output based on a highly accurate acoustic model. The multi-cellular format has six individual cells in each enclosure, each with its own DSP and amplification.

With up to 24 enclosures, each MLA array has up to 144 cells -- too great a number to optimize manually, or by ear. Instead, Martin Audio's proprietary Display2™ system design software automatically calculates FIR DSP filters for each cell and a redundant-ring audio network (U-NET™) downloads the settings into each array enclosure. Martin Audio's VU-NET™ software provides real-time control and monitoring of the system.

MLA delivers a frequency response and SPL consistency never before achievable; a very high system output (140dB peak, per cabinet @1m); Automatic optimization of the array, both physically (splay angles) and electronically (DSP); Computer control and monitoring of the entire system, and total control of sound system balance for engineers and sound technicians.

MLA is fully integrated, with Class D amplification, DSP and U-NET digital audio
network built into each enclosure. MLA complete systems are ready-to-use, with MLA, MLD and MLX enclosures, flying hardware, software, cabling and training all supplied. Everything needed is included. All ancillary items - from tablet PC and Merlin™ controller to network interconnects and mains distro - are also included in the complete system package. This ensures full compatibility worldwide, down to cabling and accessories.

By adopting these principles and system components MLA is optimized for every member of the audience - from a 2,000 capacity theater, to a 20,000-seat arena, to a 100,000-person festival site. It will deliver the engineer's exact mix to every seat (up to over 150 meters) with precision, exceptional power and clarity.