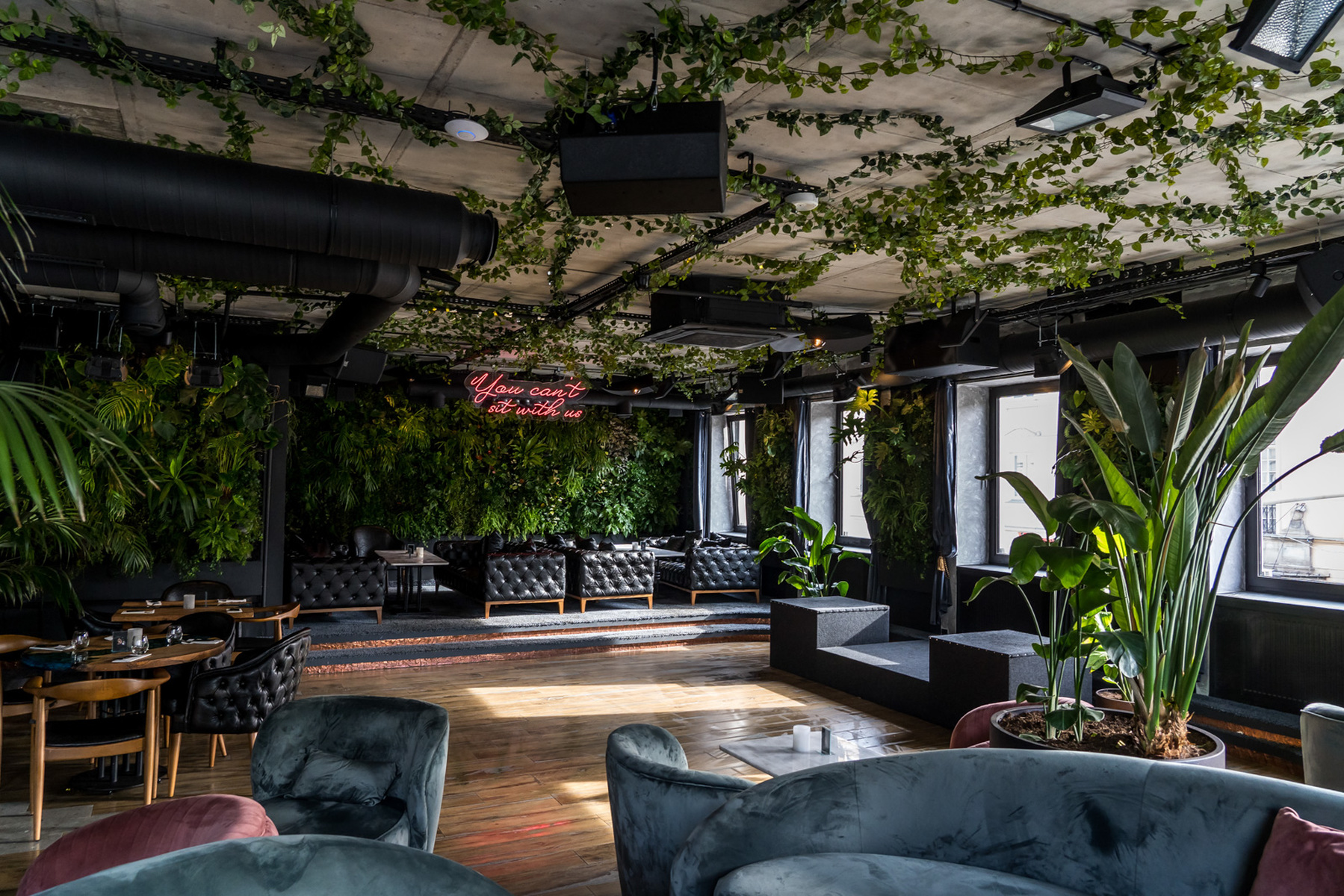 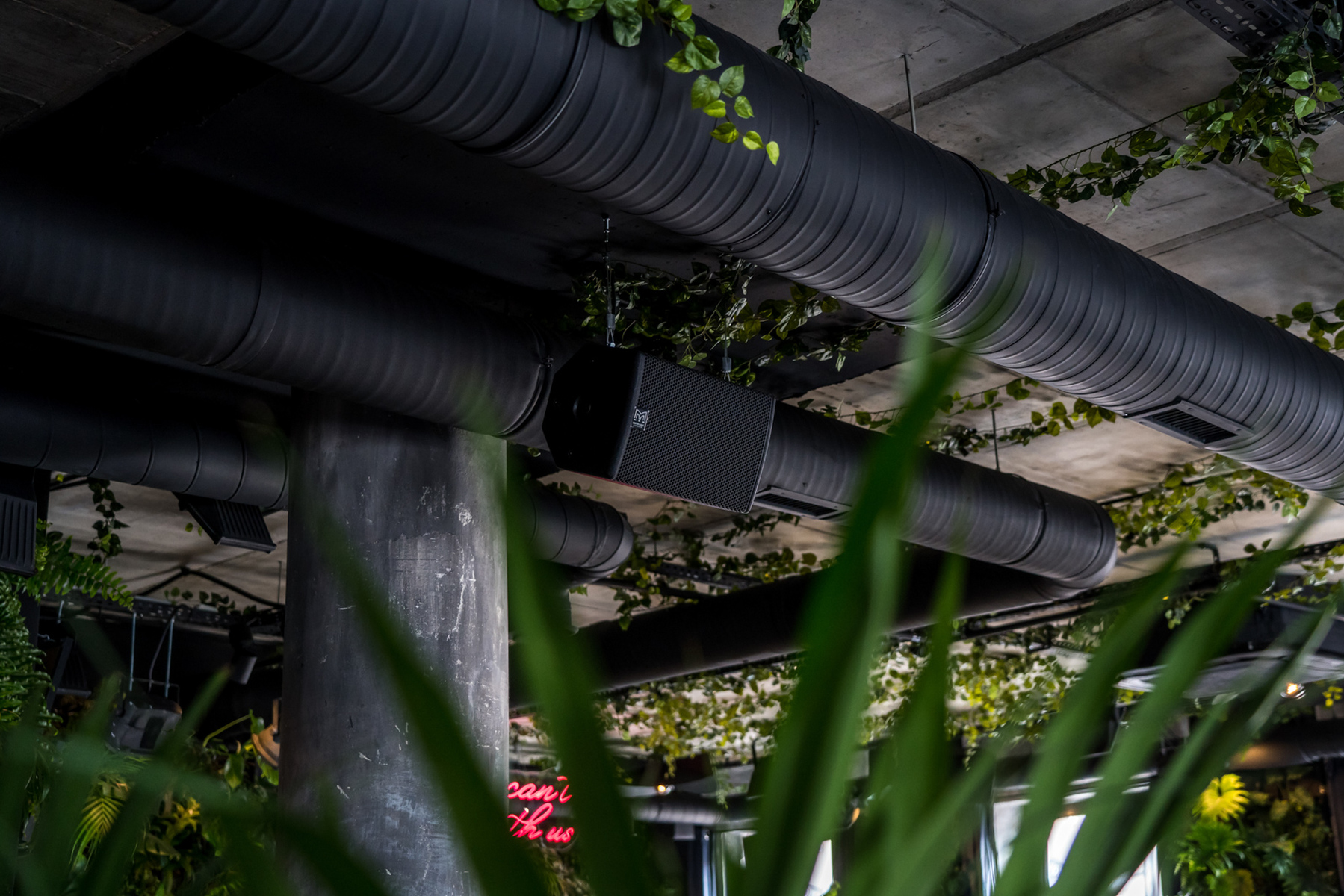 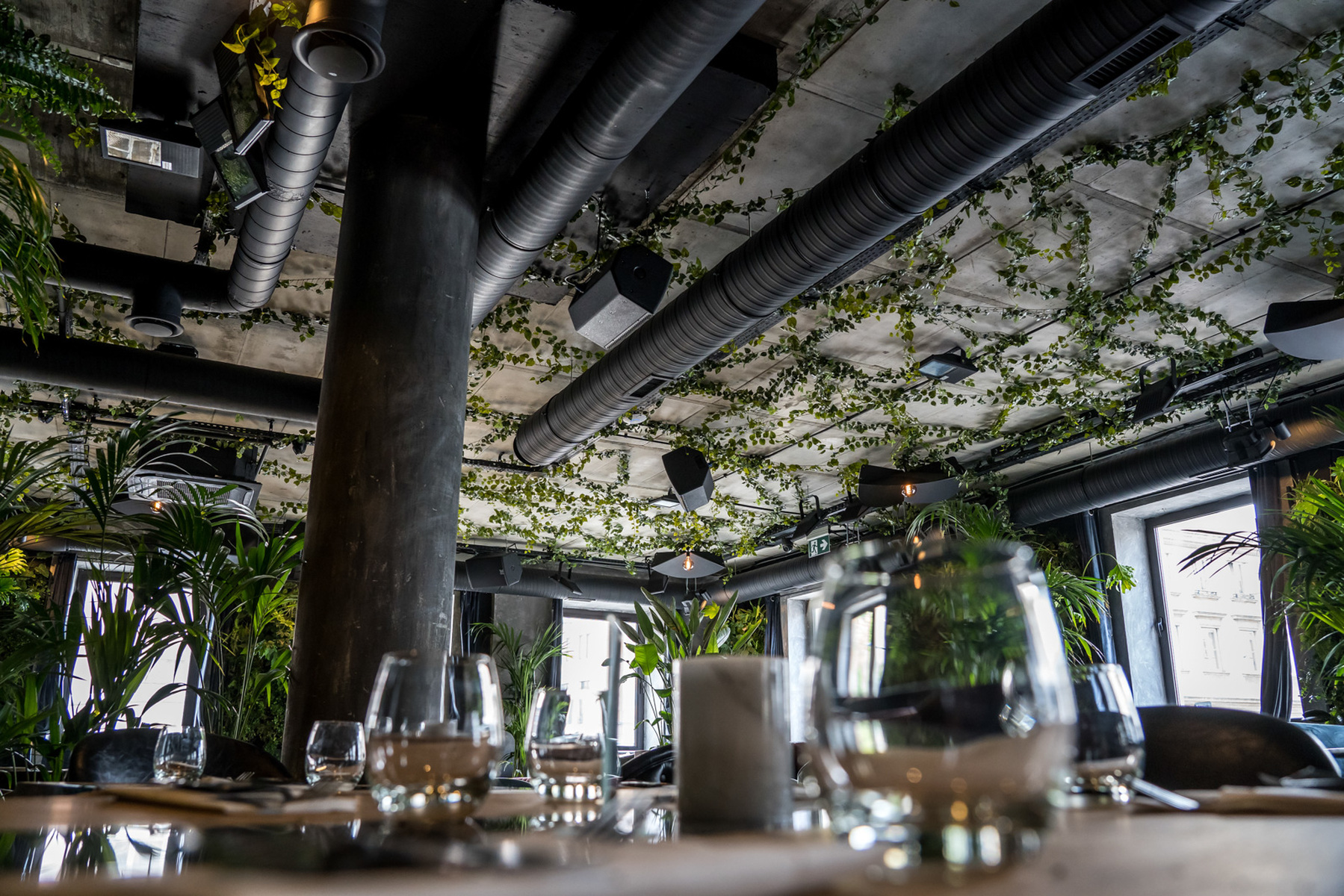 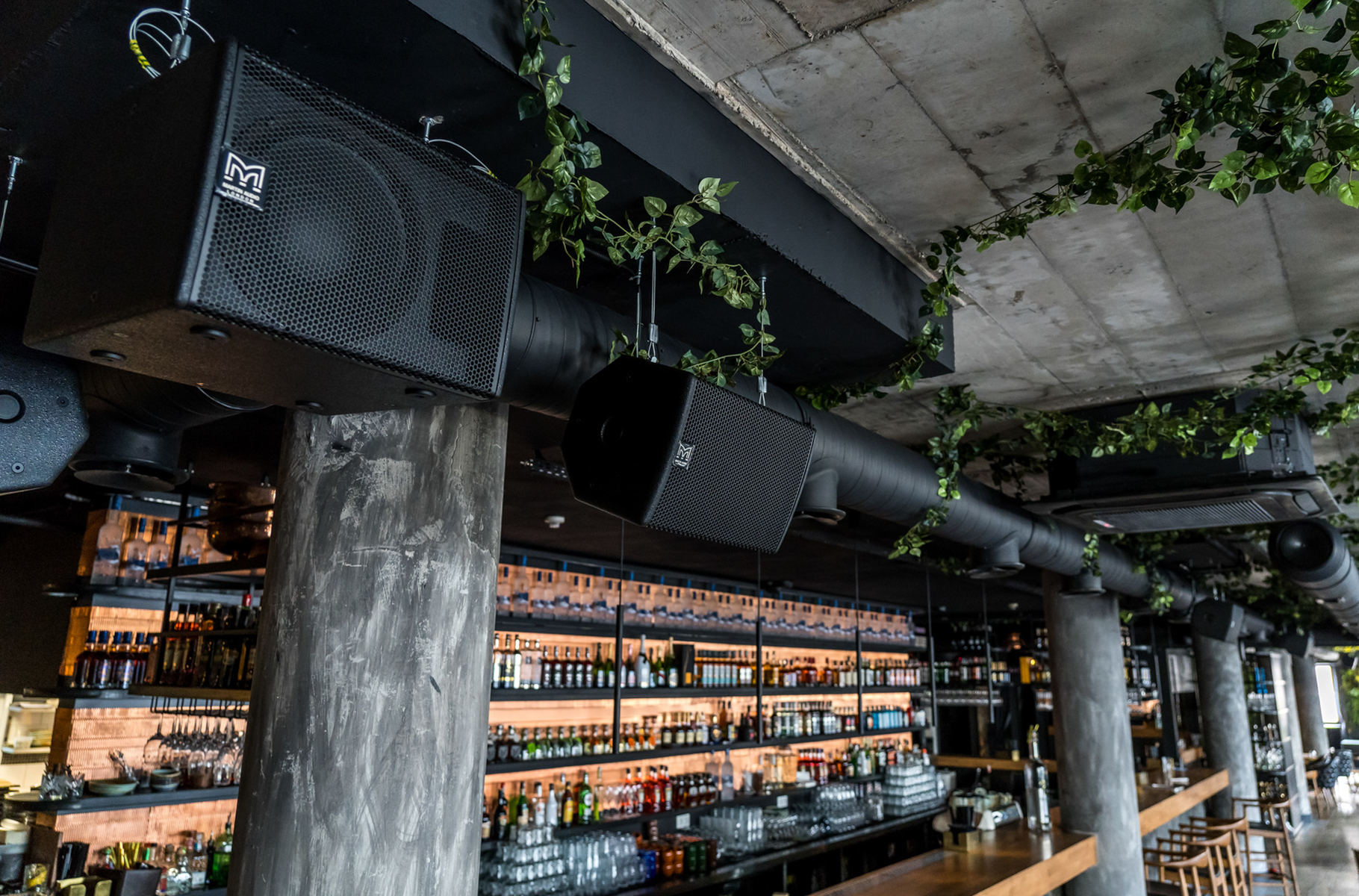 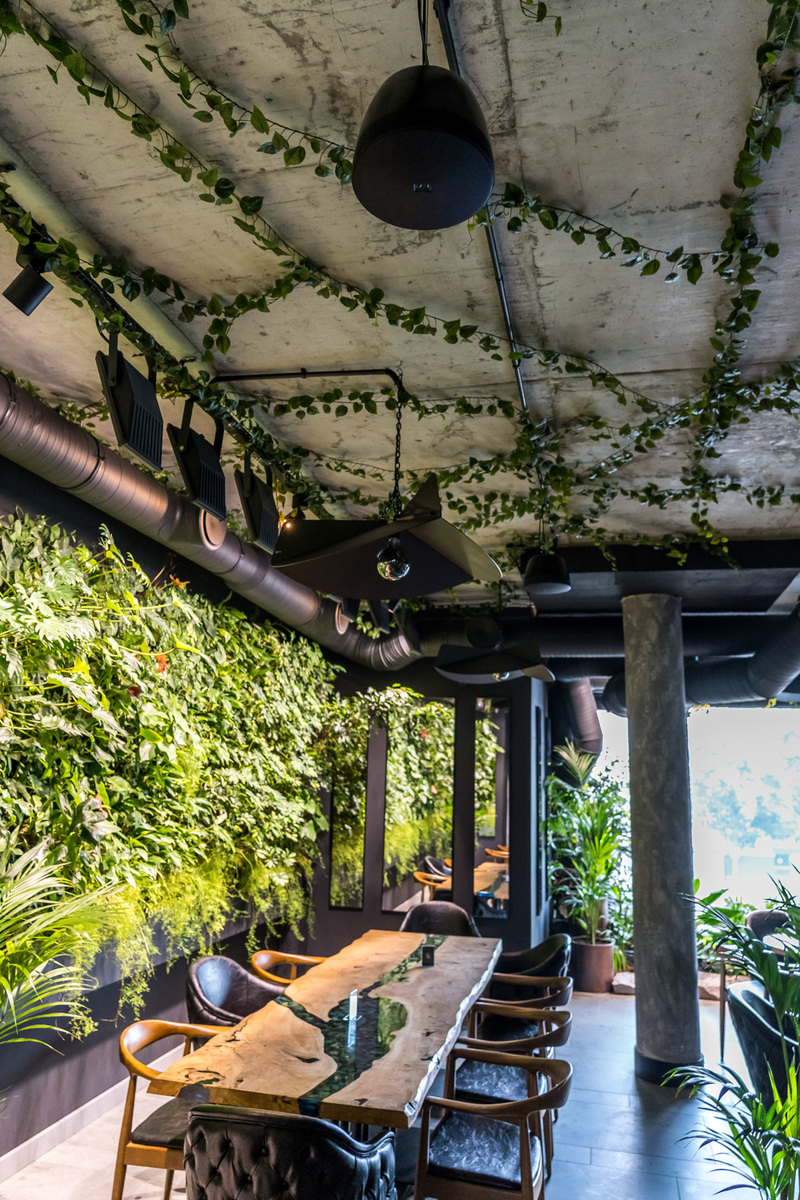 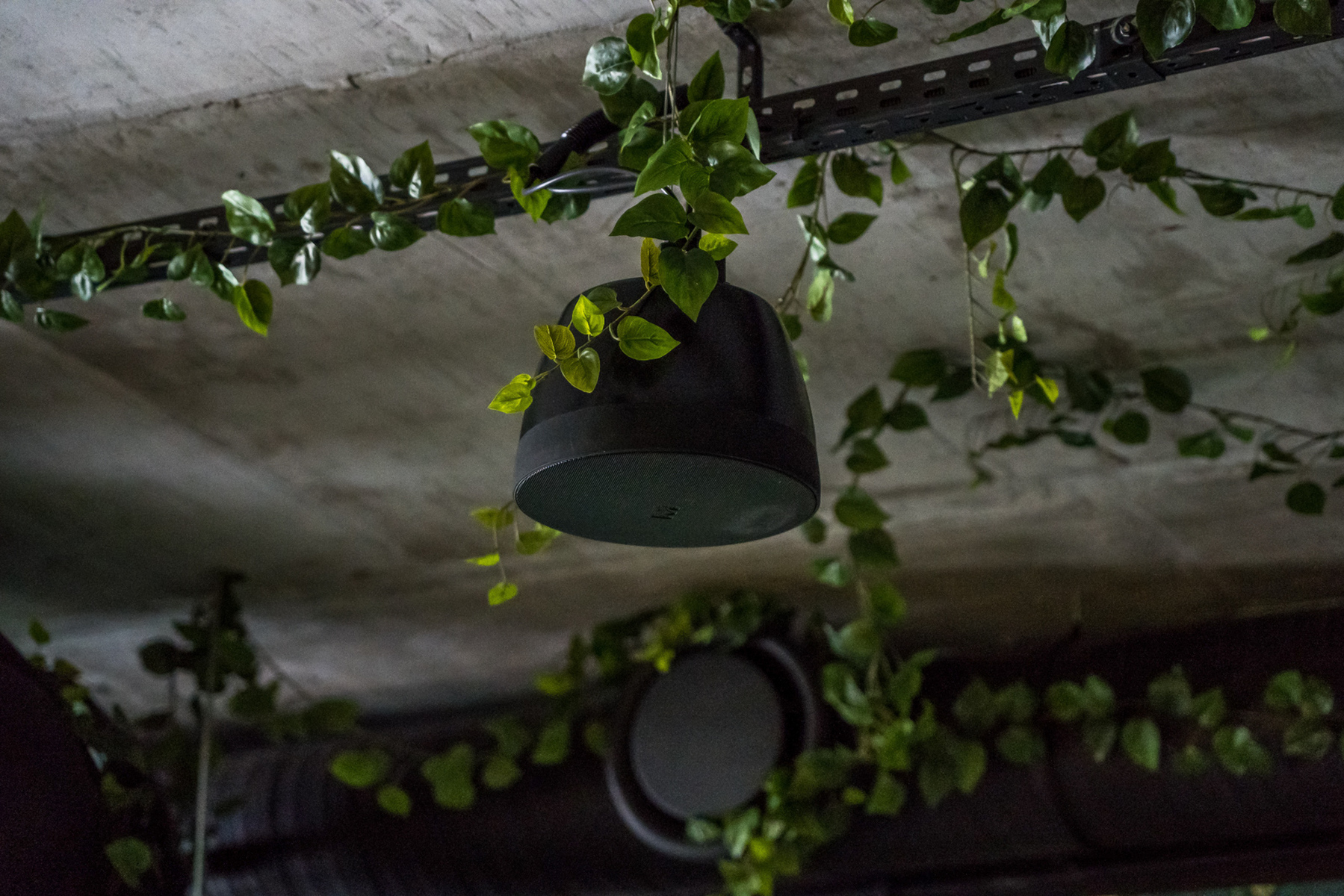 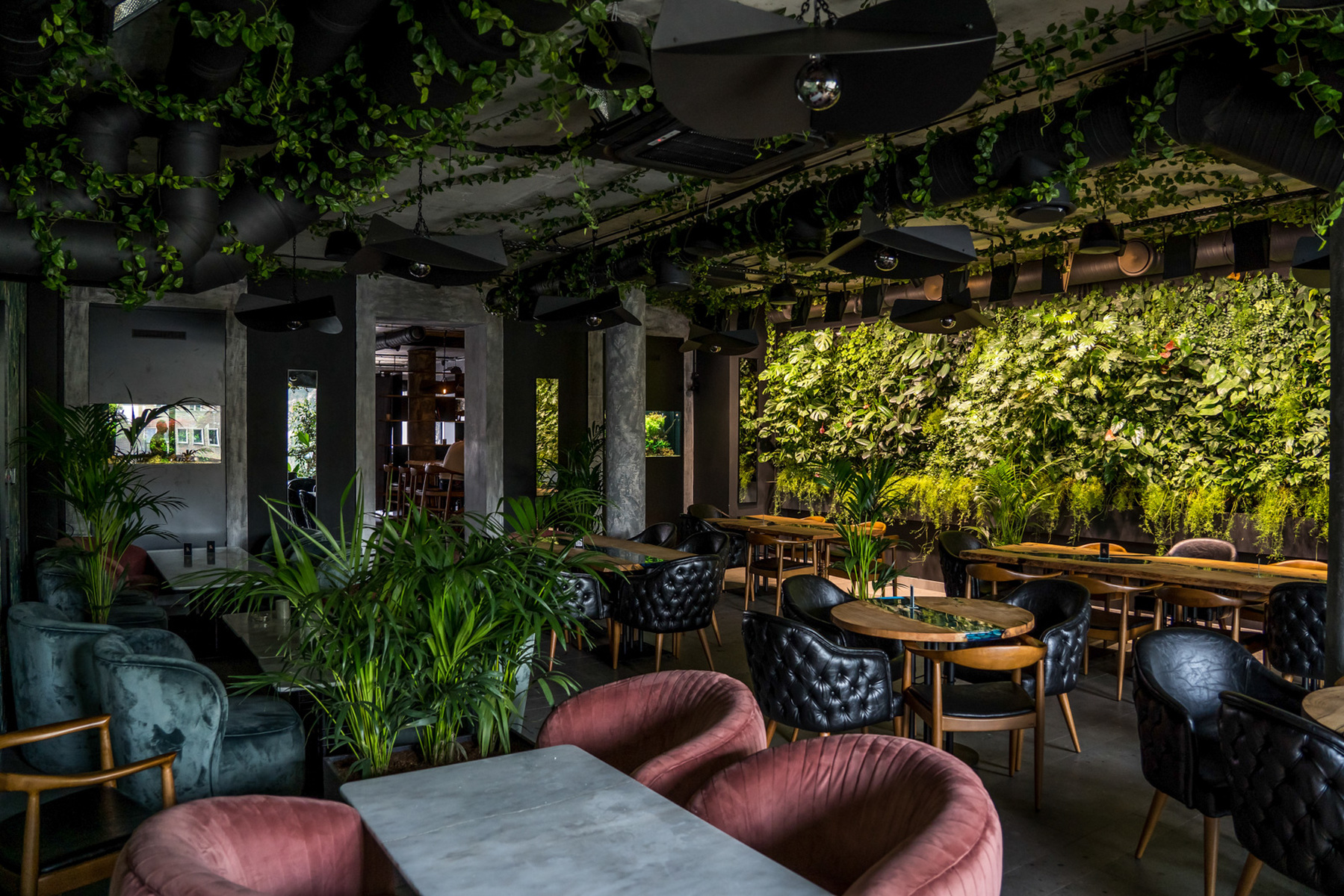 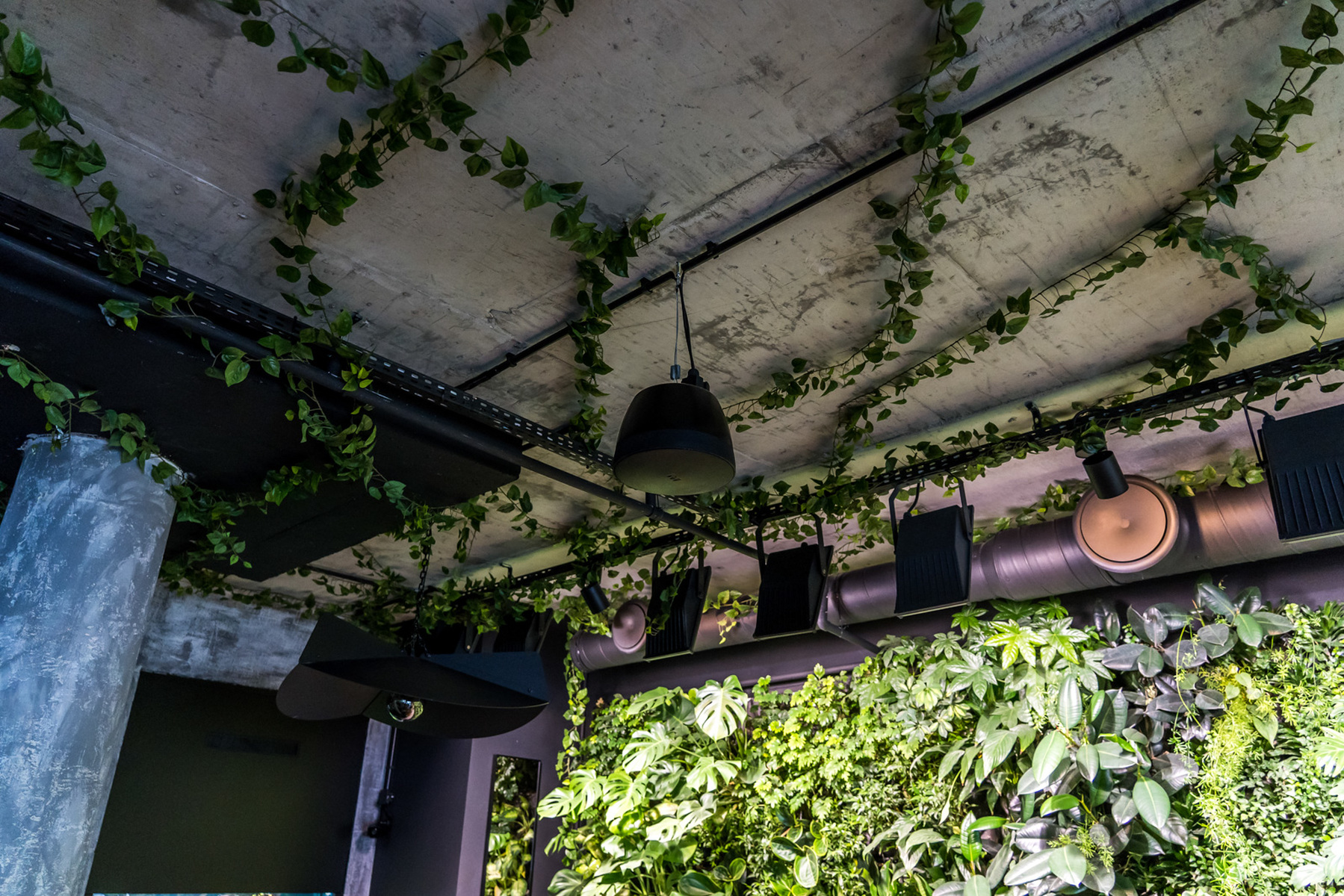 A new restaurant in the Polish capital of Warsaw has been equipped throughout with Martin Audio BlacklineX series loudspeakers.

The system was supplied by Phono Media, Martin Audio’s Polish distributor, and installed by High Shine, run by Jakub Oldak, with whom they have worked closely for many years. The entire AV project was under the specification of AV system designer, Michal Malczynski.

SLA Warsaw is situated right in the heart of the city, and combines restaurant, nightclub (with dancefloor) and cocktail bar. Hence a potent sound system was required as part of an advanced AV solution that would cater for several different scenarios.

“This is an extremely interesting space, with a design which transfers guests from the centre of the city into the heart of the jungle,” say Phono Media. “The most important requirement from the investor was that the sound system had to provide the best quality possible and perform several functions: hi-fi quality background music during the daytime and after dark a full-on disco sound with sufficient bass. This needed to be distributed evenly between all rooms—the main space in front of the bar and the dancefloor, with all communication between the rooms.”

To achieve this Michal Malczynski specified a total of four Blackline X10 and 12 Blackline X8, respectively reinforced with an SX212 subwoofer and a pair of SX110 subs. Infills are provided by six Martin Audio ADORN ACP-55T.

Phono Media added that BlacklineX had been the obvious solution and their recommendation was taken on trust and the strength of relationship with designer and integrator. With BlacklineX, the manufacturer has taken the classic Blackline portable / club series and re-engineered it from the ground up.

But the project was not without its challenges. Since this was a new build, with a strong architectural element, care had to be taken with the placement of the equipment so that it enhanced the aesthetic, rather than detracted from it.

Proof of concept was delivered in style over the weekend of June 12-13, when the club opened its doors for the first time to create precisely the atmosphere the operators had been hoping for.