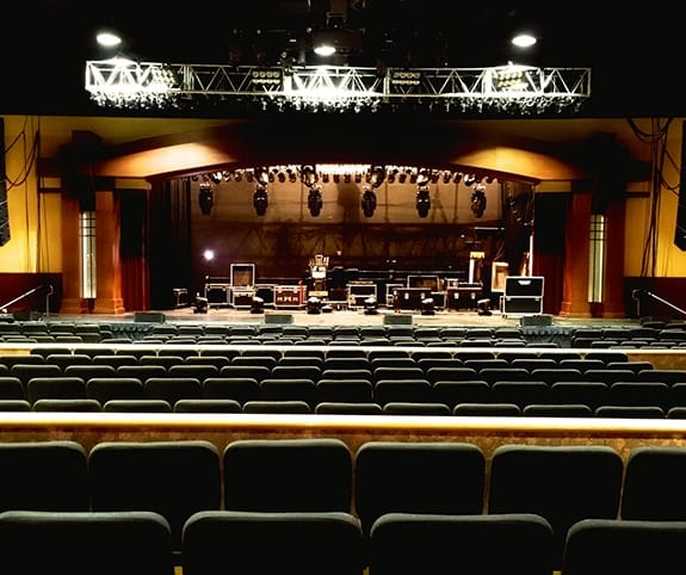 Known simply as the Entertainment Hall, the theater 'seats 3260 with a total capacity of 3285,' according to Production Manager Henry Kubin. 'The room was originally a bingo hall that's been converted into a showroom that's 250 ft. wide by 110 ft. deep,' Henry continues. 'There's a rake to the room with four feet of slope and a mid stage wall with the proscenium 20 ft. from the downstage lip.'

Soaring Eagle books an eclectic lineup during the year, including comedians Chris Tucker and Kathy Griffin, Steve Martin and Martin Short with the Steep Canyon Rangers, rock acts such as Grand Funk Railroad and The Guess Who, and country artists Clint Black and Loretta Lynn.

Asked about the speakers, Henry responds, 'I really like them. I've heard literally hundreds of different speakers because we do 60 national acts a year here and the Martin Audio speakers are my favorite. Love the sidefill speakers, they're high output but they don't hurt your ears, and the coverage is awesome.

'For monitors, I was looking for a 2 x 12 box because of the wide dispersion and Martin Audio was one of the few companies offering a high output 2 x 12 stage monitor. They are beautiful sounding monitors and give us high gain before feedback, a critically important factor for our shows.

'When we do R&B acts it's usually a big test of whether the monitors can hold up or not, and for the Keith Sweat with Mint Condition show, we used 19 of the 20 Martin Audio LE2100s and they passed with flying colors!'