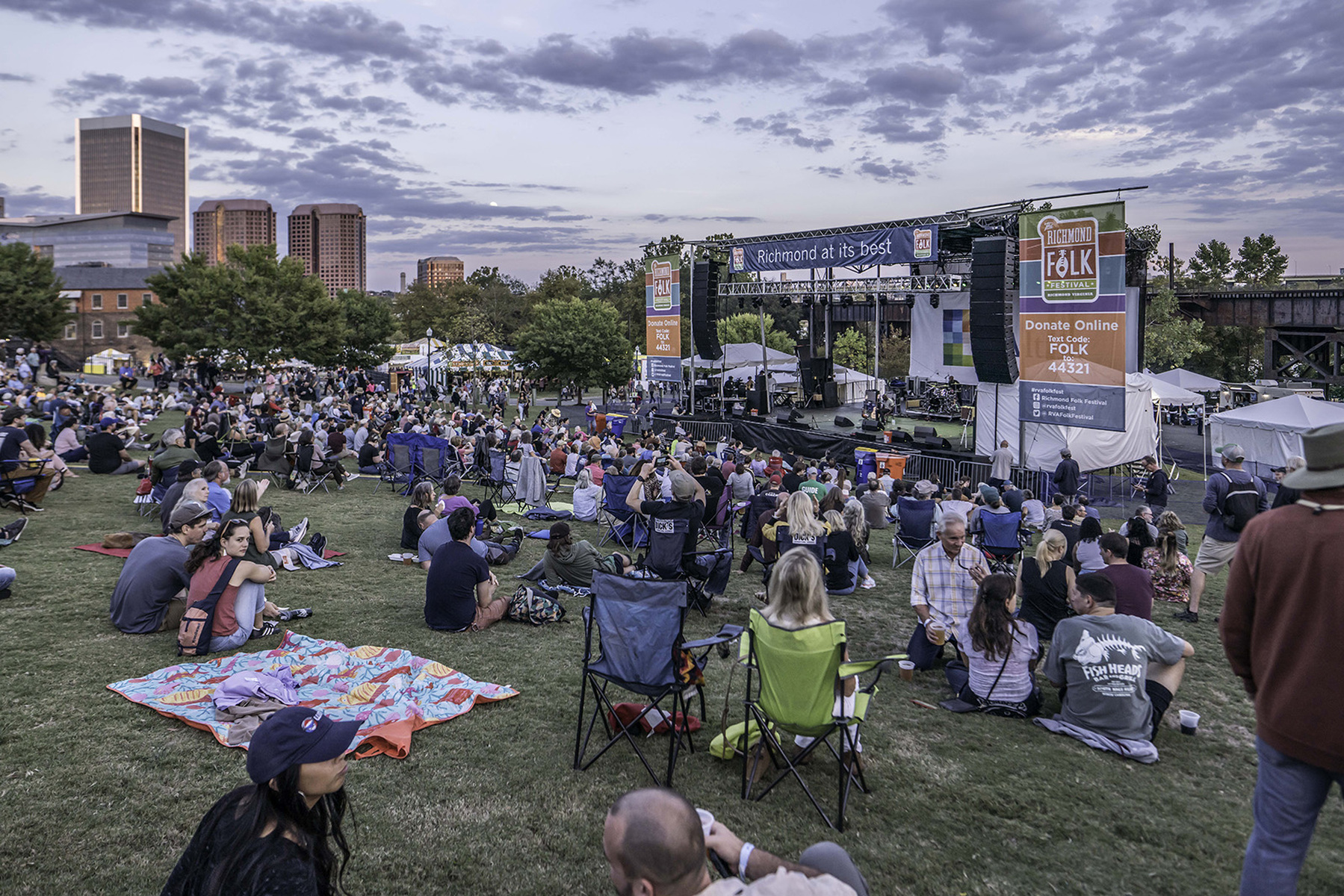 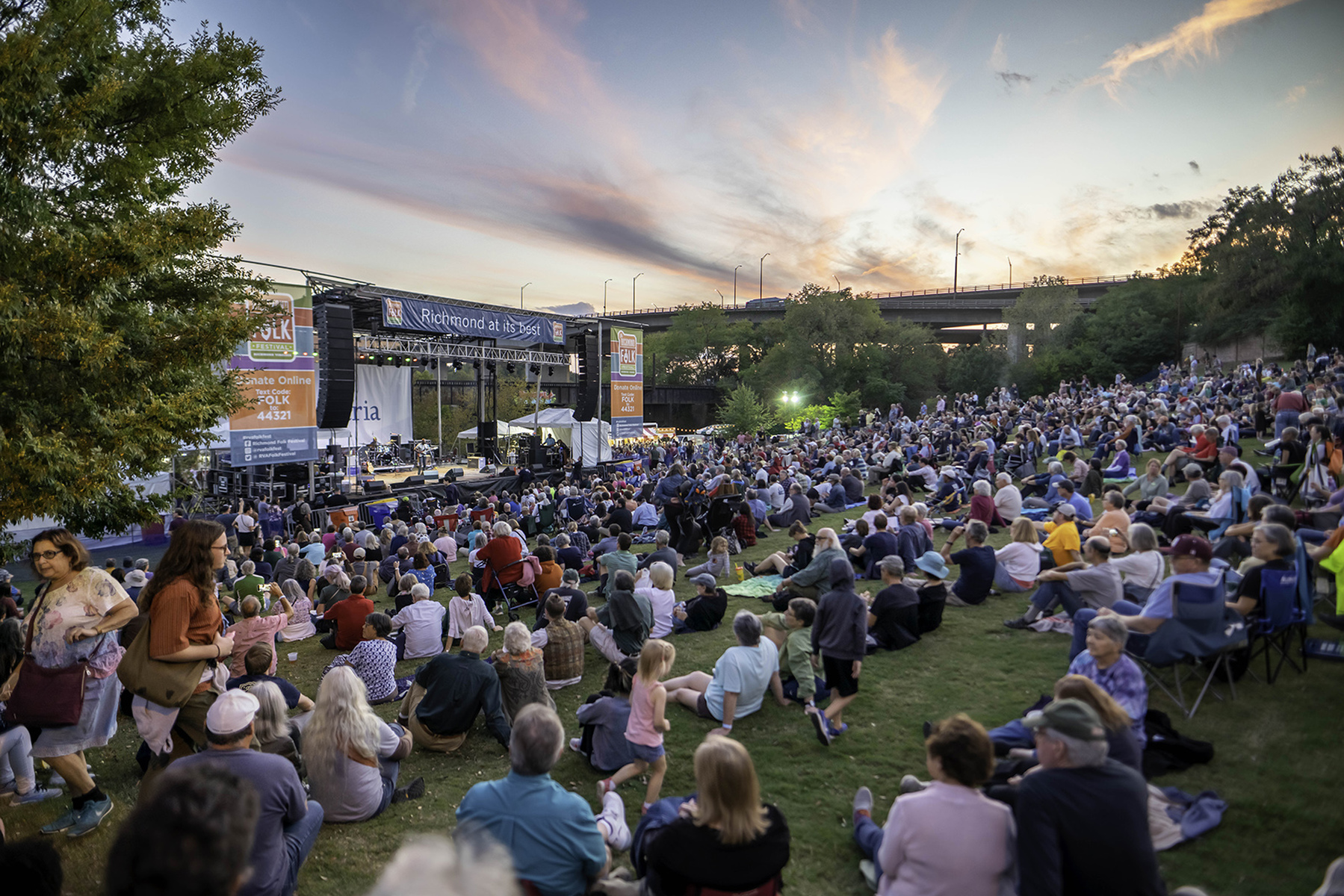 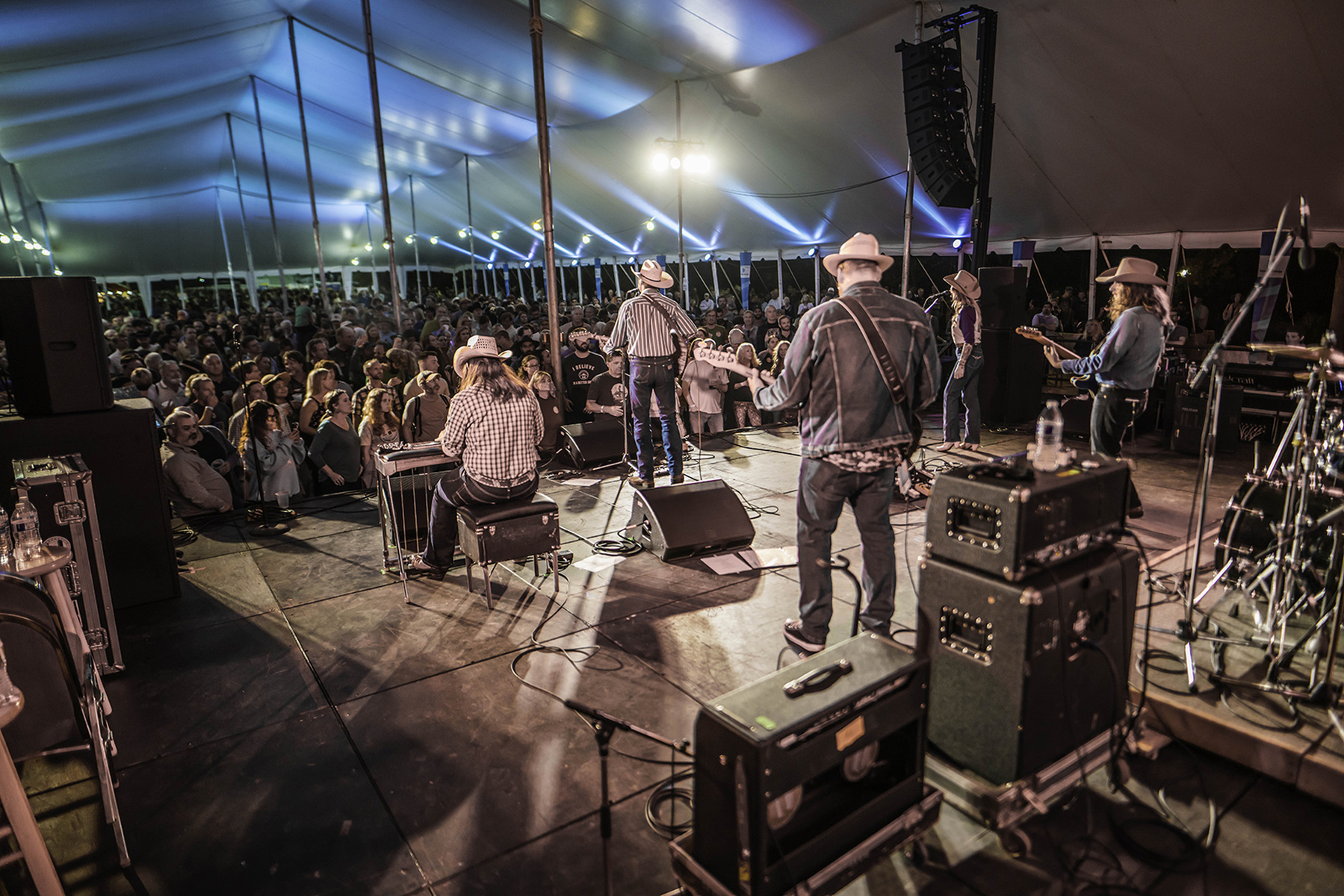 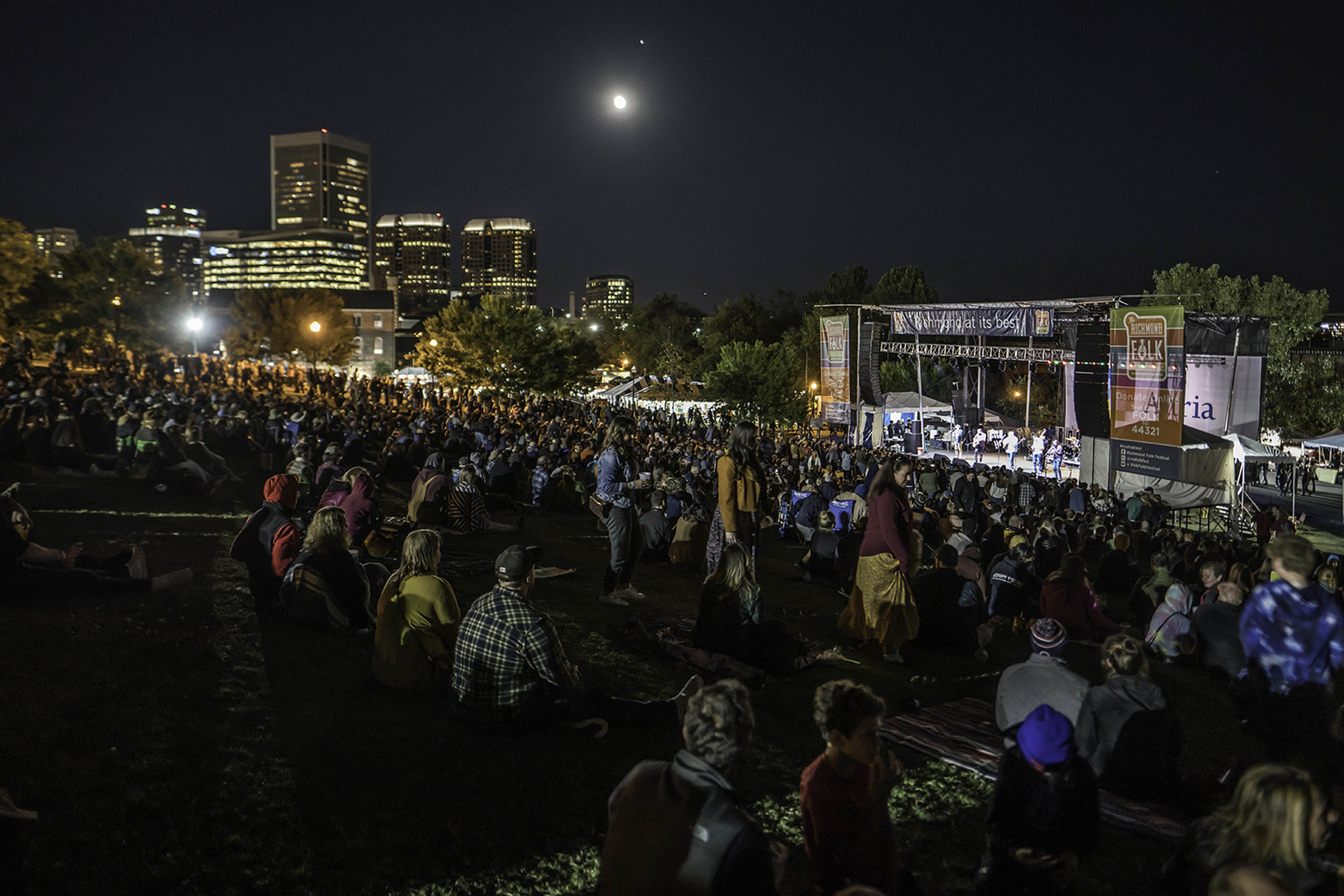 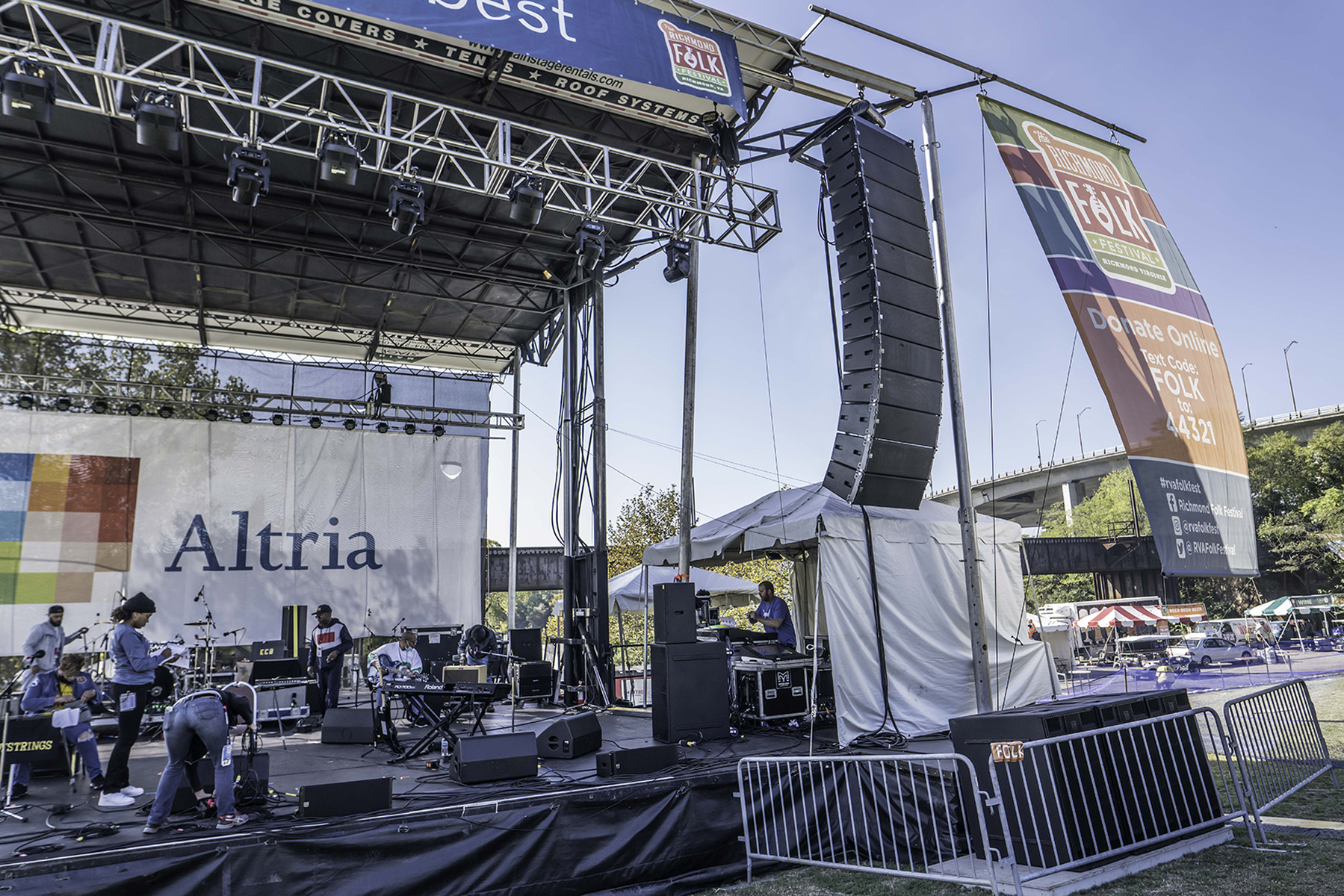 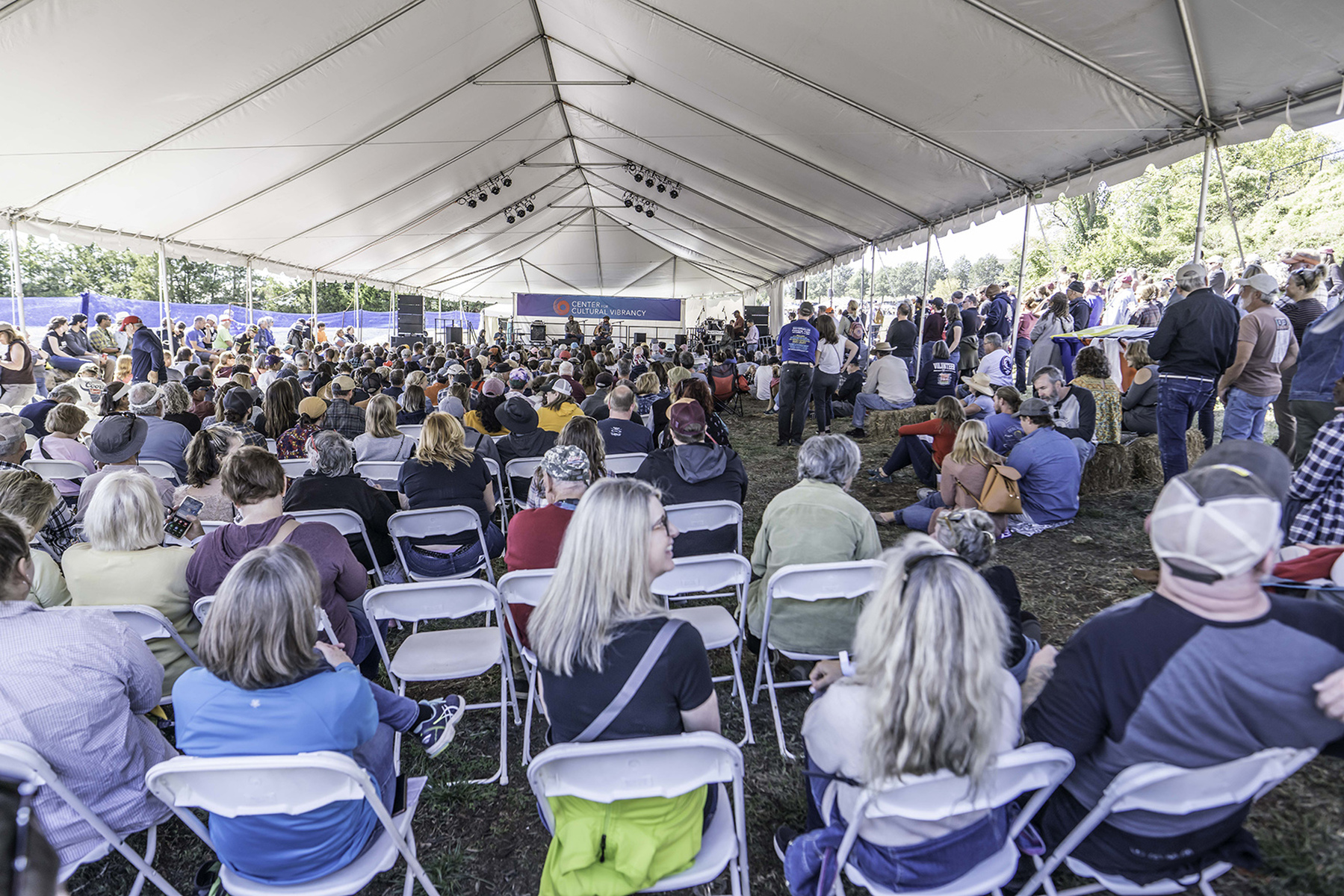 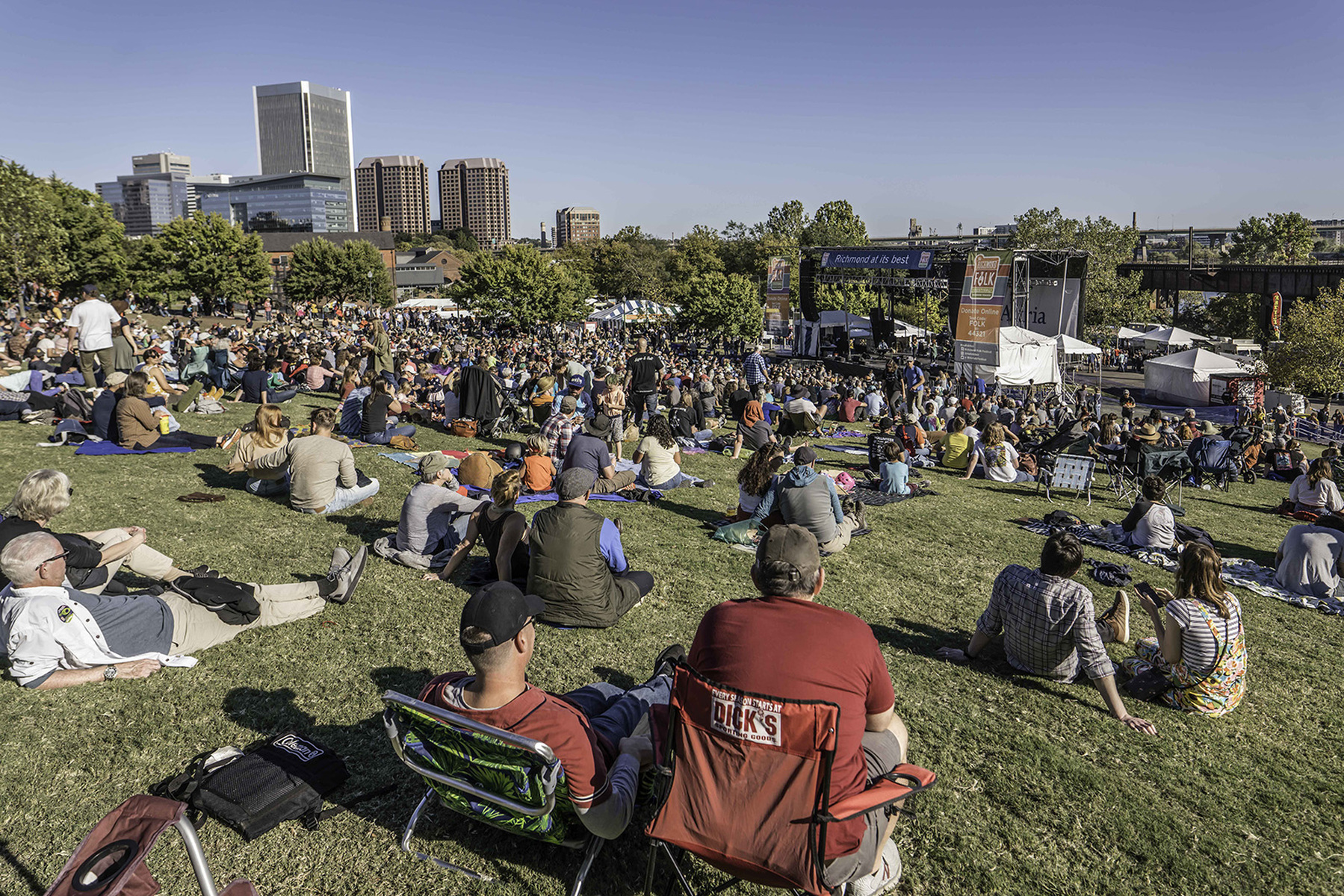 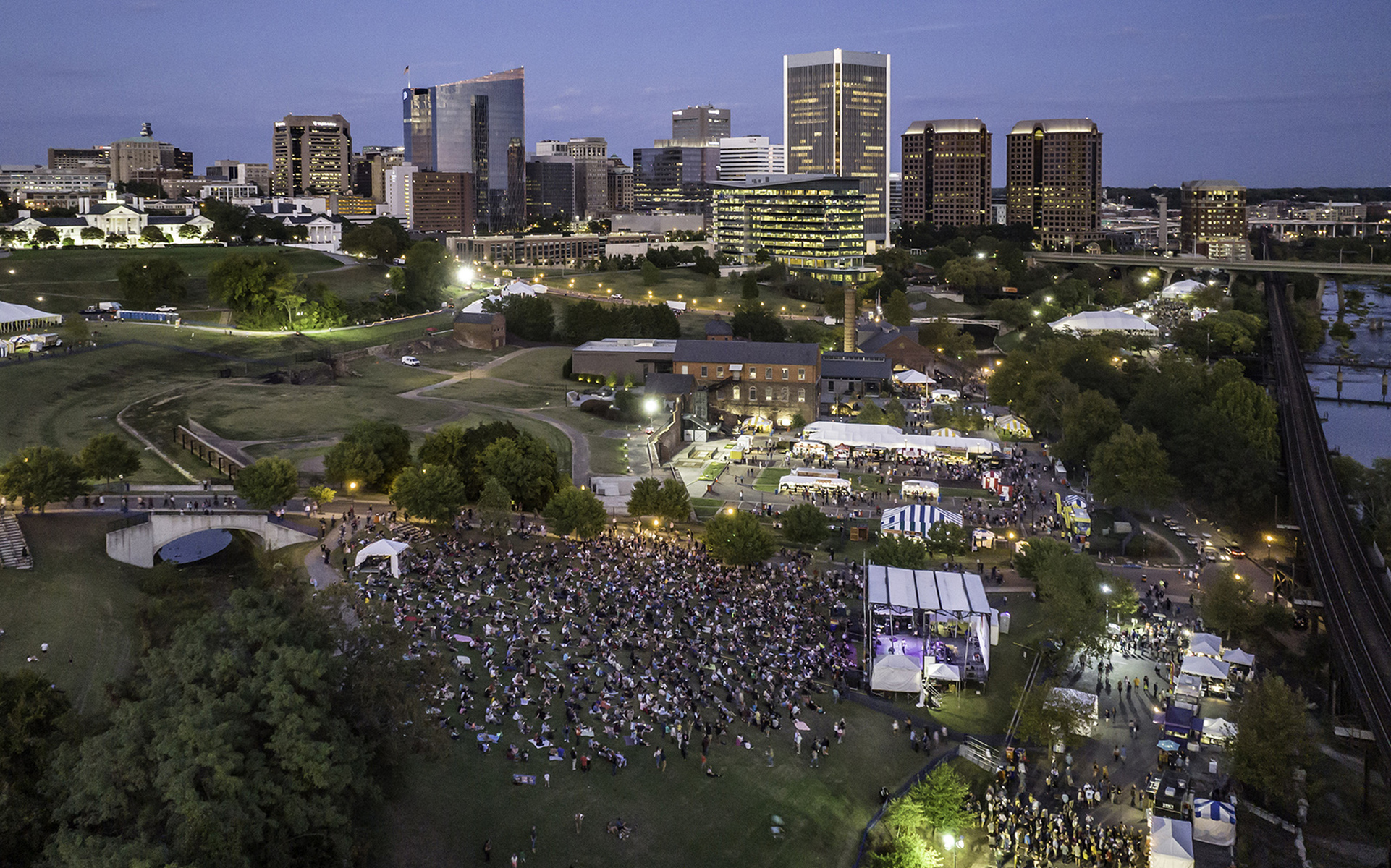 Promoted by Venture Richmond, a non-profit organization, this three-day free festival, with which Soundworks have been involved for more than a decade, is held annually in the city’s downtown Riverfront Plaza area—spanning an area of almost 20 acres. An offshoot of the National Folk Festival, it is one of the largest events in Virginia, drawing around 200,000 visitors from across the country and featuring more than 30 global artists.

Some 130 Martin Audio components were specified across the site, and Soundworks’ founder and CEO, Steve Payne, notes that this exhausted all 124 available channels of their 31 iKON iK42 amplifiers, which were detailed to drive the various PA rigs in 2-box resolution.

For the main Altria amphitheatre stage they turned to Martin Audio’s largest format WP, fielding 12 WPL enclosures per side, over three SXH218 per side. Four WPS were deployed for frontfills, with an additional CDD-LIVE 15 on top of an SXP218 on each stage flank for sidefills.

The smaller Dominion Energy Dance Pavilion (under an 80ft x 160ft tent) saw eight WPC flown per side over two SXH218 subs bridged per side, with CDD-LIVE 15 over an SXP218 on each wing providing sidefills. In addition, 10 Martin Audio XE500s were provided as stage monitors.

The CoStar Group Stage was rigged in an 80ft x 120ft tent with six WPS flown per side over two SXC118 subs. The CarMax Stage was similarly configured but with the addition of four XP12s as outfills and delays. Finally, the smallest of the tents (50ft x 100ft) housed the Virginia Folk Life Stage where four WPC were stacked on top of an SXH218 subwoofer on each side.

Having run Wavefront Precision systems for over two years we have become accustomed to achieving a high level of performance with 100% consistency. It is a very gratifying situation.

“We were given free rein to deploy the systems as they best saw fit,” remarked Payne. ”In our experience the difference between 1- and 2-box resolution is discernible when listening critically, but not dramatic. Having to run the systems in 2-box resolution due to the available amp channels was only a minor concession.

“Having run Wavefront Precision systems for over two years we have become accustomed to achieving a high level of performance with 100% consistency. It is a very gratifying situation.”

He added that the systems had received positive reviews from every sound engineer on site for their flat response and ability to accurately reproduce the myriad of musical styles and instruments encountered at such a diverse festival.

“While the site is sufficiently sprawling that interference between stages was not an issue, the Hard Avoid feature [in Martin Audio’s DISPLAY software] was used on the four tented stages to keep the sound off the tent roof which dramatically reduced reflections and had a major positive impact on the quality of the sound on those stages. The engineers at all these stages commented positively on the quality of the sound in an environment which often presents sonic challenges and can leave something to be desired in terms of clarity and articulation.”

“It sounded awesome everywhere on site,” chimed in Colleen Arnerich. “The upgrade on the Folklife Stage from CDD-LIVE last year to WPS this year made a huge difference.”

Bruce Gasper, FOH engineer on the Dominion Energy Dance Pavilion stage, also observed that WPC delivered a sound that was “very clean … flat and smooth across the frequency range, with even coverage throughout the venue.”

Meanwhile, Soundworks’ Grant Howardbelieves that “in the 10-plus years of doing the Richmond Folk Festival, hands down this was the best one yet.”

Summarising the success of the event, Steve Payne said, “While we have been proud of the job, we have done every year, we also feel that we have always managed to improve year on year. This year I believe marked a high water point in our efforts—there were virtually no compromises made in our efforts to provide the best sound possible at every stage on the festival site. This was 100% the result of our major push over the past two years to grow our inventory of Wavefront Precision speakers and iKON amplifiers.”

Finally, Stephen Lecky spoke of Soundworks’ enduring presence at the event. “I was fortunate enough to intern with them back in the late 90’s as a high school student, and was able to see first-hand what amazing work and care they provide to their clients. It was a no brainer for me to recommend them professionally when I took on this position.”