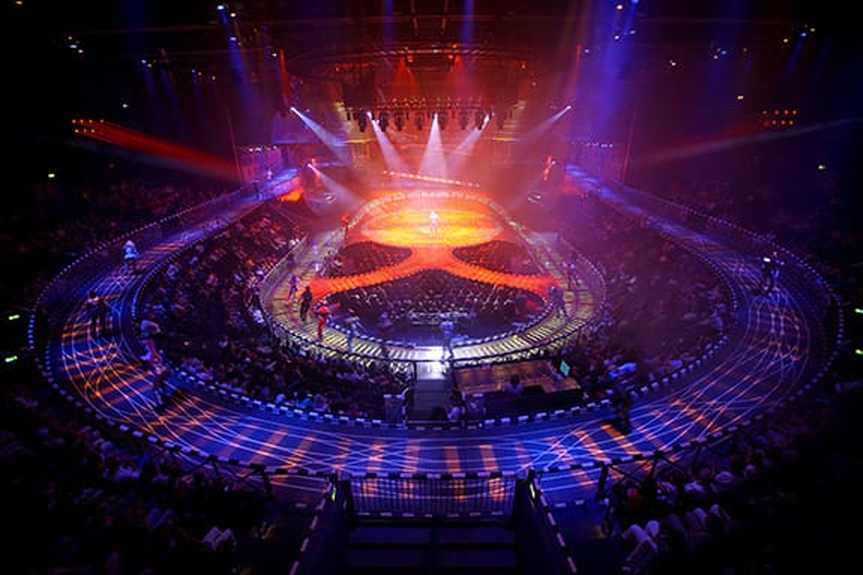 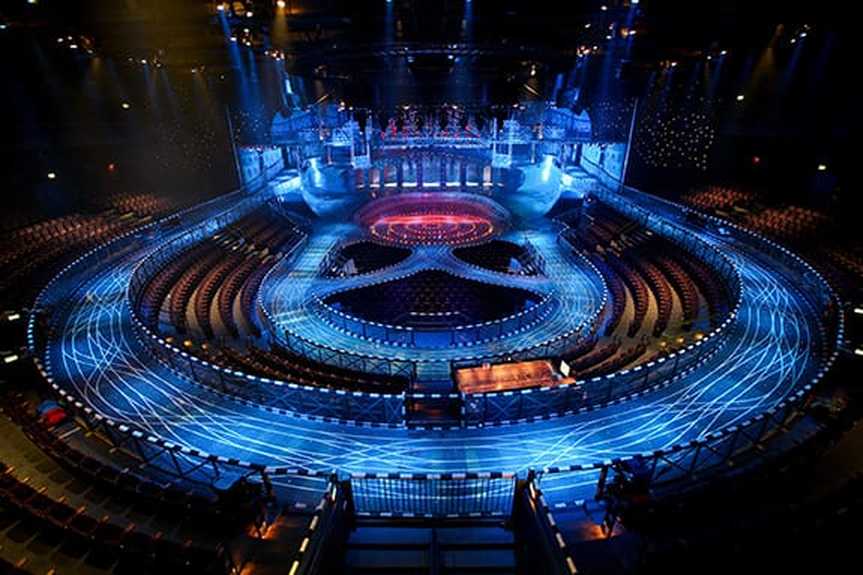 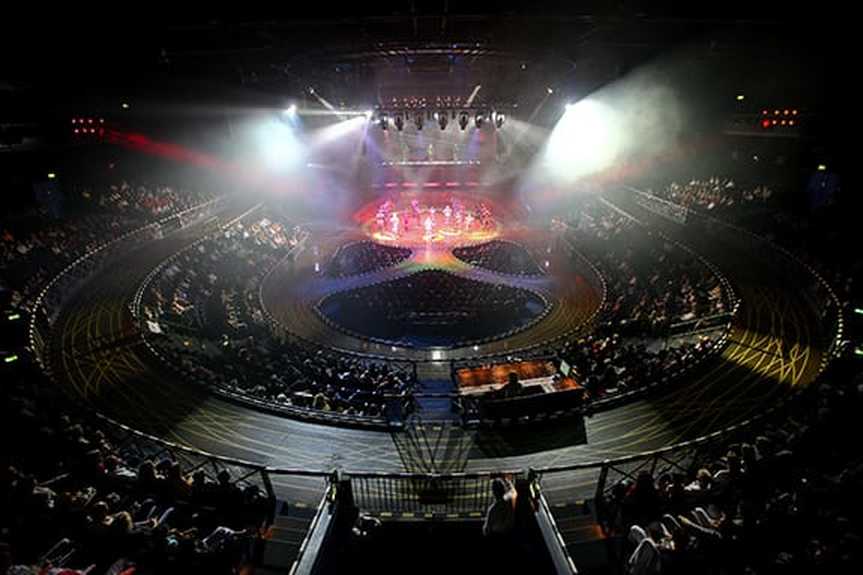 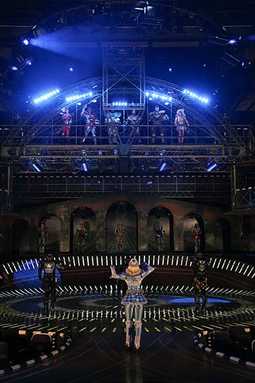 Advertising itself as 'the fastest musical in the universe' it fell to sound supervisor Riccardo van Krugten and system engineer/installation manager, Georg Hentschel to supercharge the next generation production while remaining faithful to Martin Levan's original sound design.

Hentschel was already familiar with Martin Audio's pioneering system, since his company (LiveAudio) has owned an MLA rig since May 2011. He later attended the world launch of the second-generation MLA Compact in London - and it is the smaller system that his company has now installed for this production.

Overseeing the sound in Bochum since early 2010, Riccardo van Krugten was eager that the production remained faithful to a single system to cope with the fast roller skating action. 'We wanted a stereo set-up for the orchestra, and a separate system for vocals, positioned above the main performance area,' he said. 'This required a PA solution that would reproduce music and vocals equally well.' Another issue was the need to reduce spill and crosstalk from the PA speakers into the fast moving 25 Microport headsets.

Since the new production promised 'to take audio engineering to the highest level', van Krugten knew that the audience expectation today is far greater than it was two decades ago. He was also mindful of past complaints concerning vocal intelligibility and clarity in parts of the auditorium. 'And so we searched for a system that would provide even coverage for all seats in the house, maintaining frequency response and sound levels.'

That search began after Andreas Karsten had produced a 3D EASE model of the Starlight Express Theatre. Said Riccardo, 'We ran various simulations with the existing speakers and looked at the problems. Then we ran the same simulations with a two conventional line array rigs at different positions to identify whether a line source solution could be used in this situation, before inviting nine manufacturers for two shoot out sessions.'

Atlantic Audio, Martin Audio's German distributor, organised the hardware and crew for this shoot out, which took place in front of the full production team, including Phil Edwards, the musical supervisor from England.

To thoroughly evaluate the competing systems, Riccardo prepared a file in ProLogic containing samples from the show (and other vocal recordings of different tonalities) - as well as music that everyone would recognise. 'For the second half of the session we had the Starlight rhythm section and three cast members perform live from different positions on stage,' he said. 'In two shoot out sessions, we heard nine different (mono) arrays rigged side by side. The MLA Compact never left any doubt it would handle reliably whatever kind of audio we threw at it.'

As a result, 27 MLA Compacts have been divided into three flown L/C/R arrays of nine elements each - along with three DSX subs ground stacked left and right of the stage. This is designed to cover the entire auditorium including the balcony and the middle sub on each side is reversed to produce a cardioid pattern. The subs are set unconventionally just outside the left and right array - stacked on the middle track level a few metres above the ground - and are sunk into the proscenium wall, via a specially-designed setup.

A pair of Martin Audio W8VDQ hybrid boxes provide outfill coverage extension of the centre array, while production rigged a so-called 'crossfire' system, so that those sitting at the sides of the auditorium would also receive a stereo orchestra image.

Georg Hentschel explained, 'Starlight has a large cast equipped with omnidirectional lavalier mics who constantly move around the set on three levels behind the speakers and also in front of the PA - often directly facing the arrays. During one particular scene, six highly amplified singers are elevated directly behind the centre array which mainly handles vocals. The amazing reduction in backspill of the MLA Compact masters these challenges in a very impressive way.The other aspect, of course, is MLA's outstanding tonal quality.'

He set 'Hard Avoid' for the areas behind the arrays where there is a lot of singer traffic as well as to the areas underneath the speaker systems. Further back down the auditorium, the problems become even more complex, with two tracks running right through the audience, who are seated on different levels. Finally, there is a balcony and several rows of seating at both side walls that need to be covered.

'I challenged the system with various optimisations to achieve the best solution, and it has really delivered; we were able to solve many problems with MLA's advanced technology, and it was absolutely the right system for the job,' he said.

And Riccardo van Krugten also commends the seamless swap-over between old and new sound systems. 'The transition was smoother than expected. We knew it would be a whole new world for the performers. Part of the new concept was to re-position and re-utilise some of the old PA speakers for monitoring purposes, and that idea played out really well. All in all, I believe we have respected Martin Levan's clever original sound design by replacing existing components with more advanced technology.'

Head of sound in Bochum is Jürgen Janßen, who mixed all the shows during the process of changing over the sound system, while Riccardo created the matrix layout and Georg took care of the necessary programming and alignment. Throughout the process Atlantic Audio co-ordinated between Martin Audio and the production team.