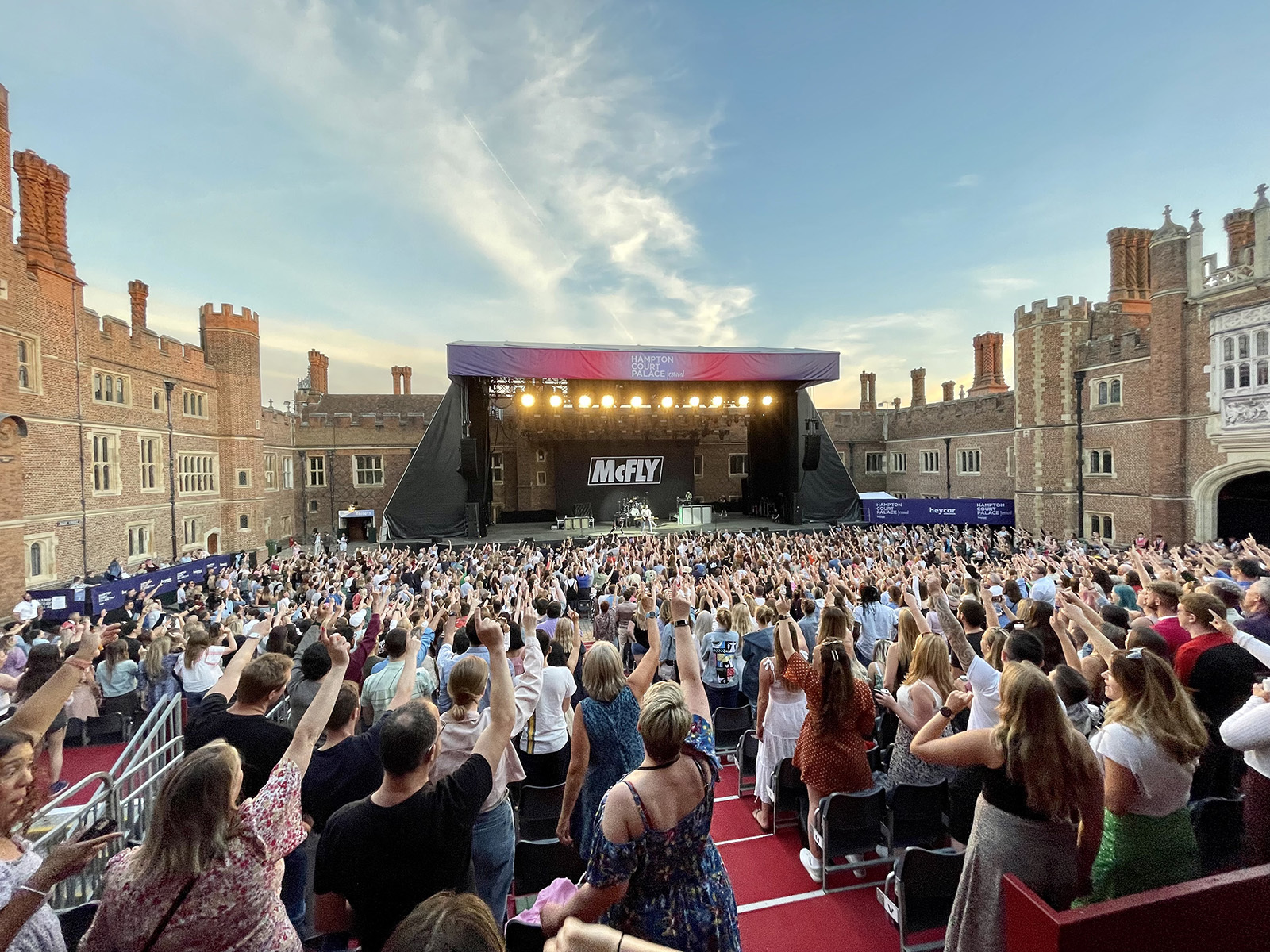 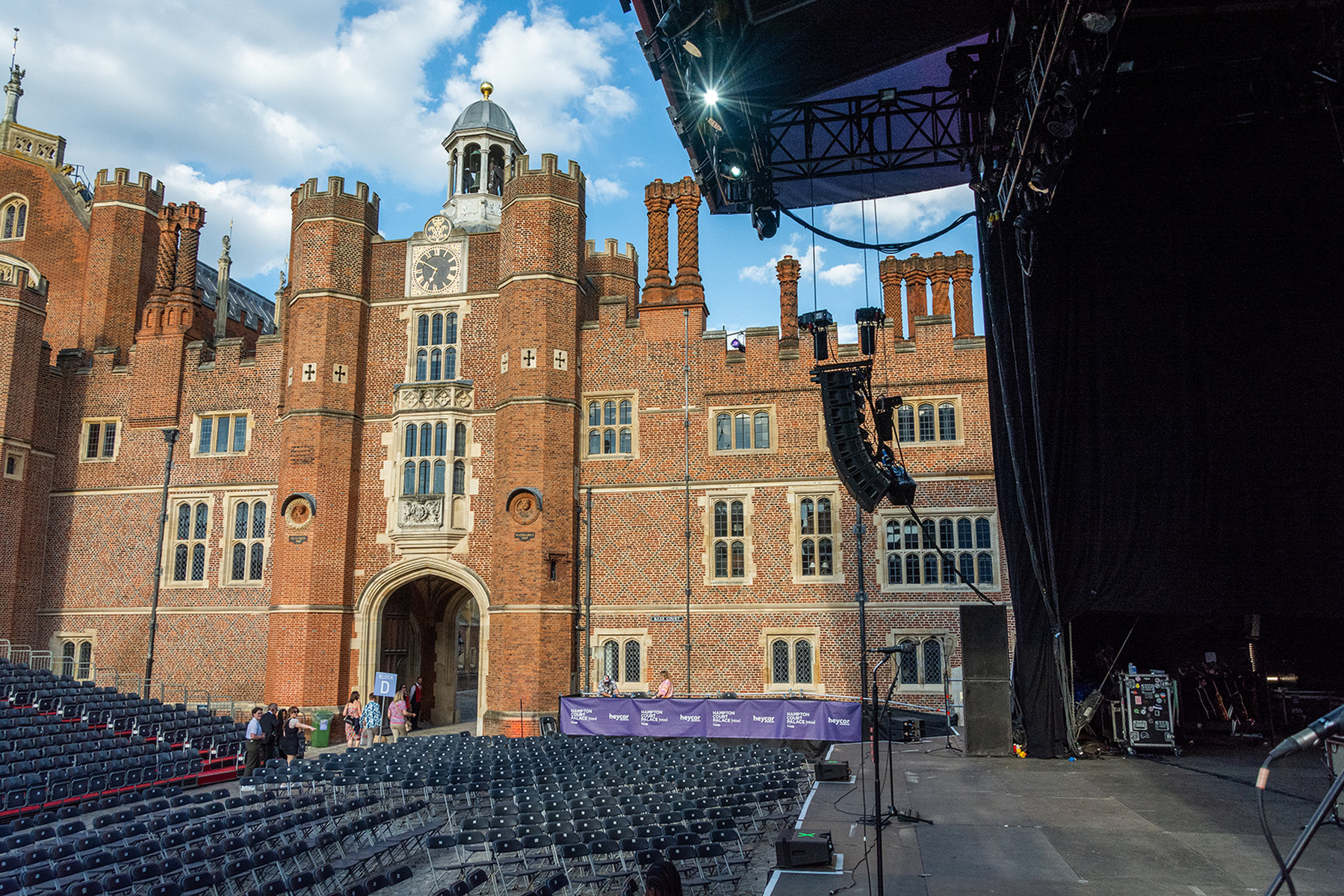 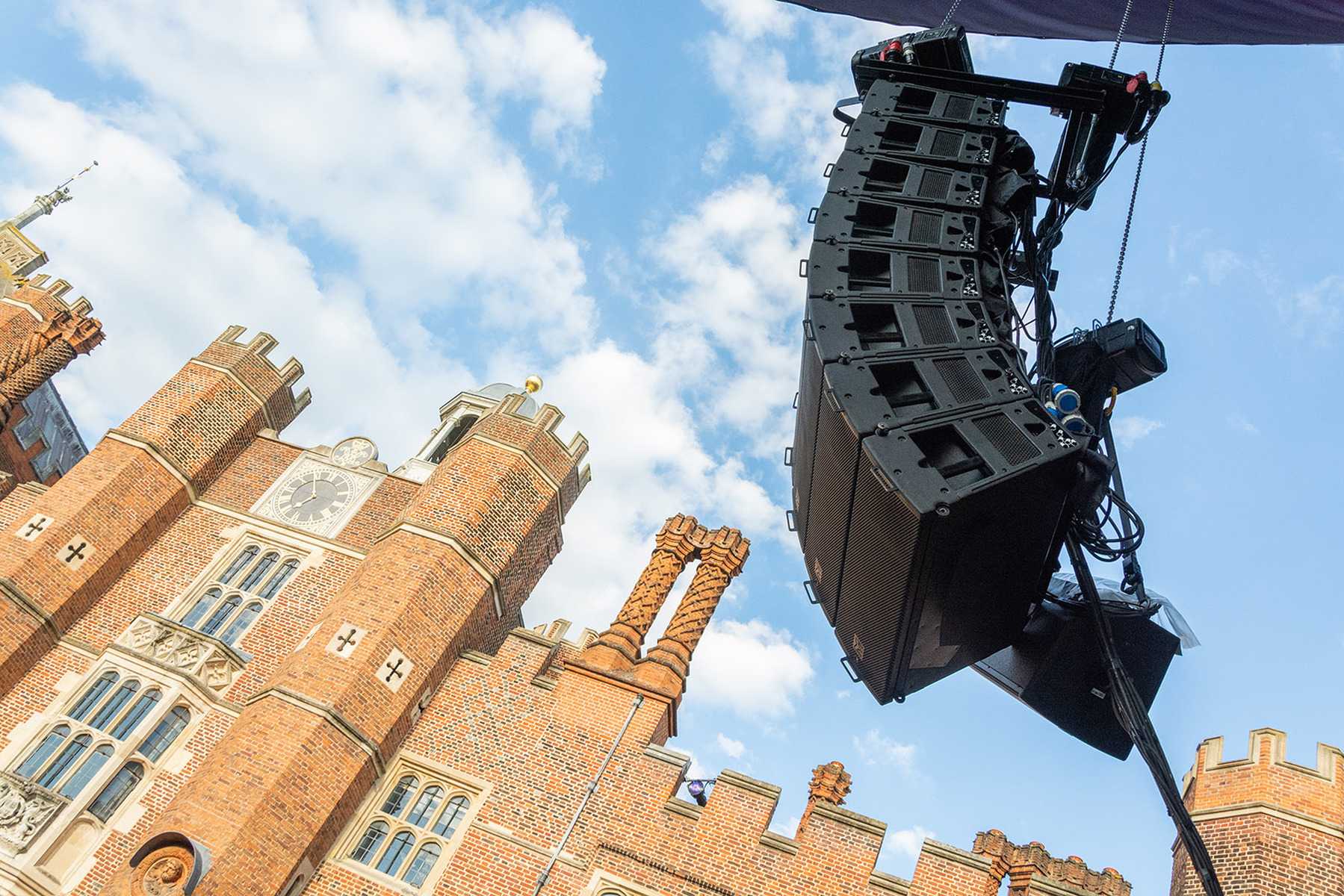 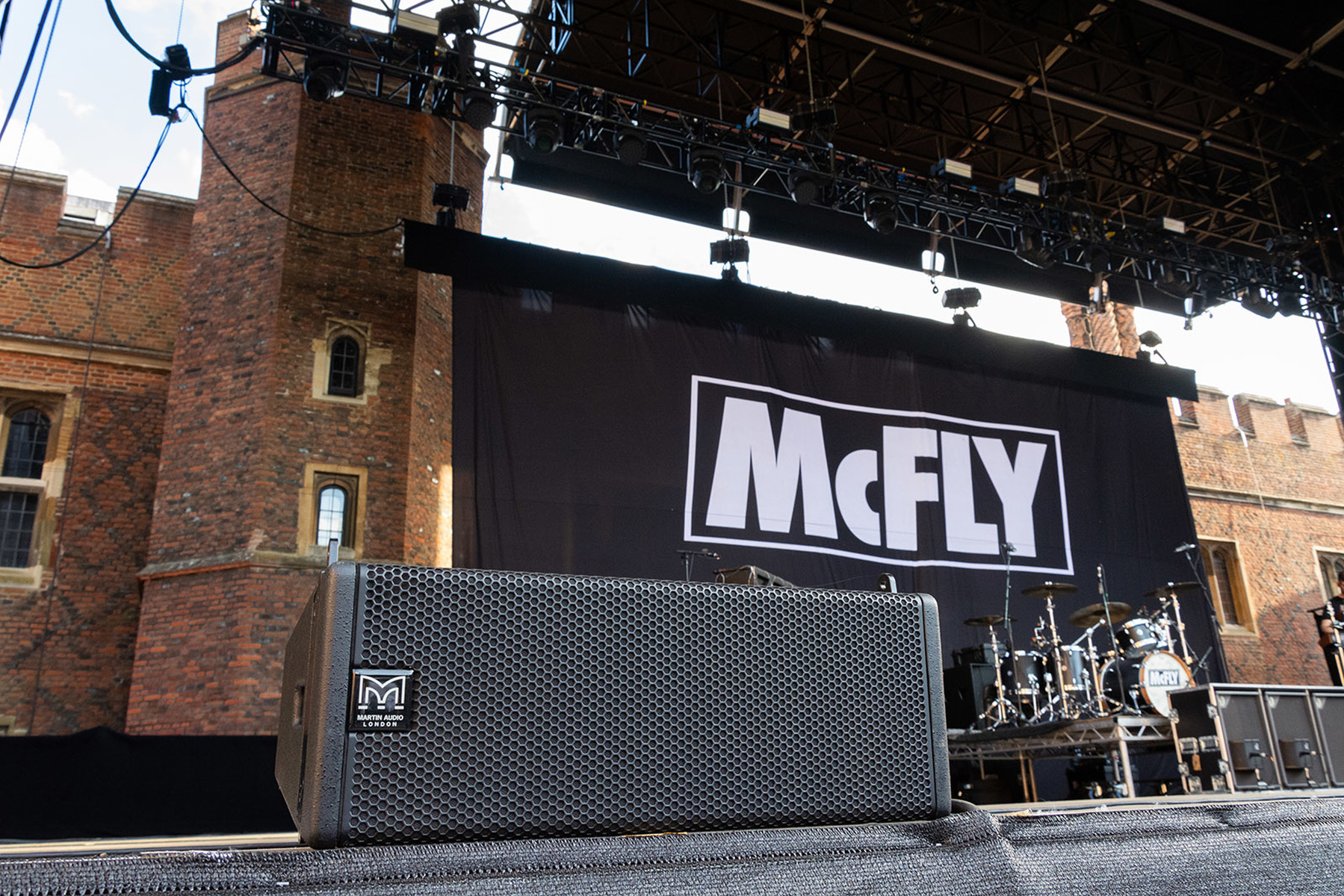 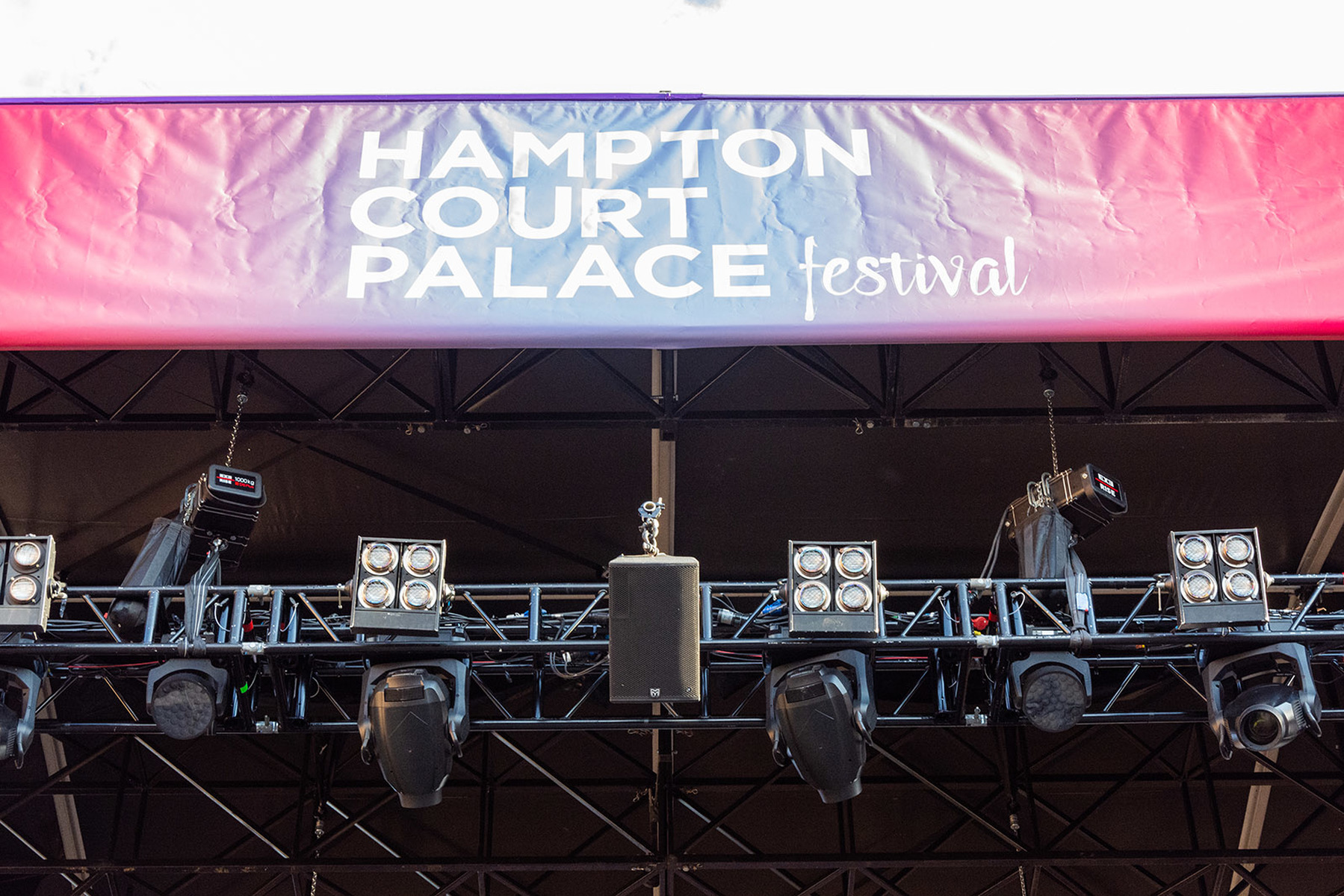 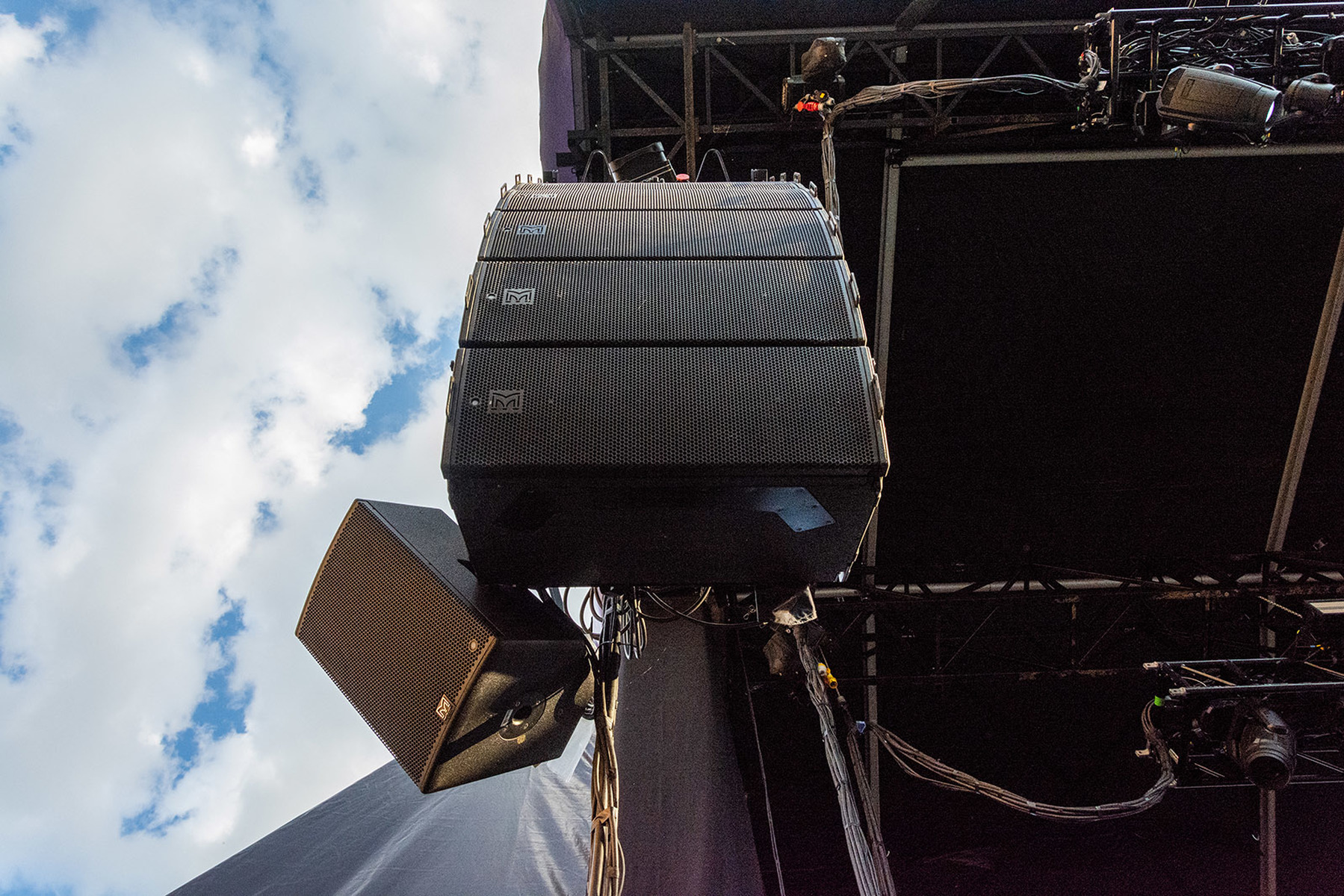 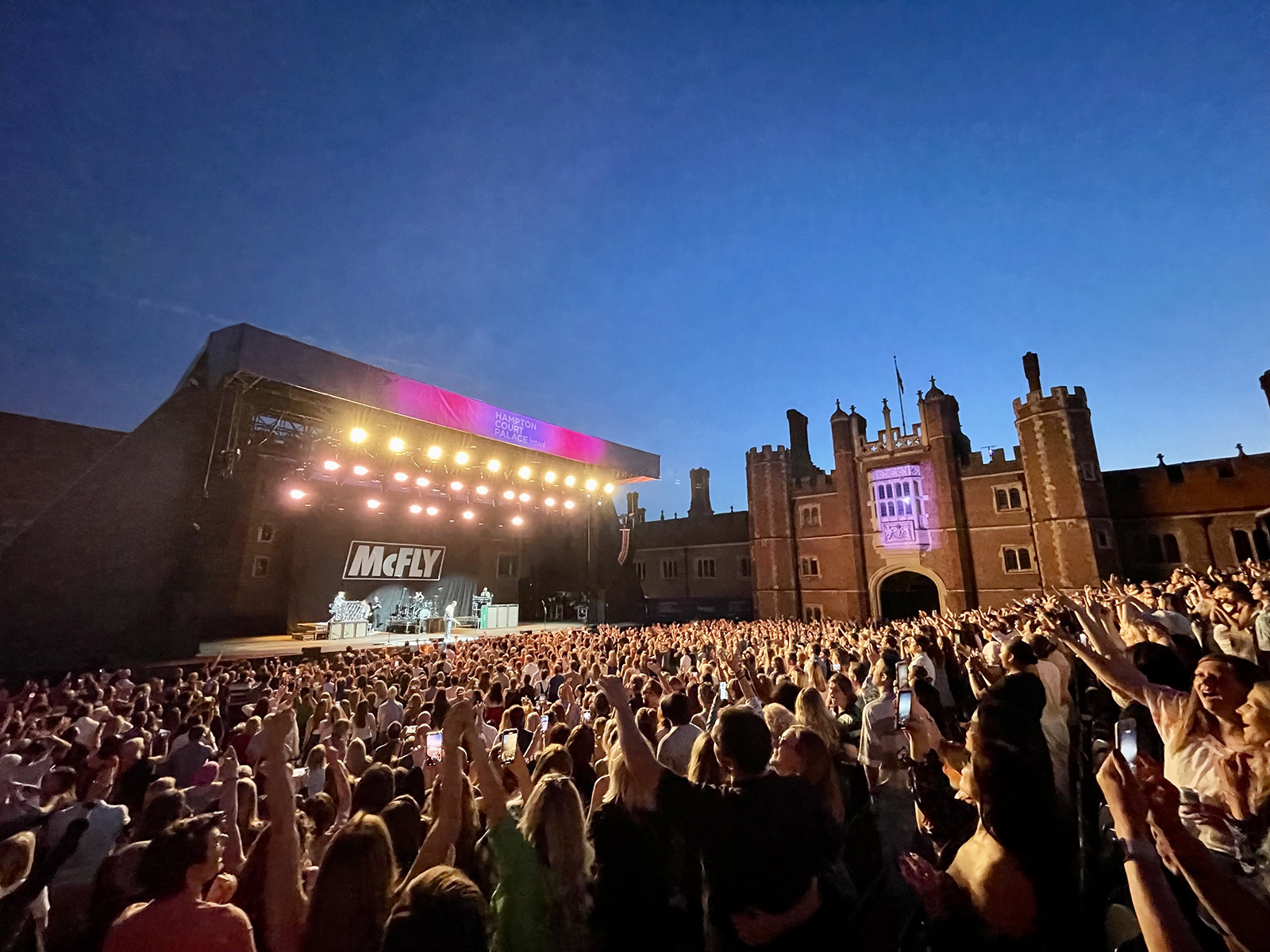 Having routinely specified Martin Audio’s MLA Compact PA for festival shows where sensitive offsite noise has been an issue—along with the smaller MLA Mini on corporate events—Bristol based SWG Events has continued its long tradition.

In addition to the single large stage, which featured two main hangs of eight MLA Compact and six MLX, they also provided BlacklineX on a small bandstand in the East Front public picnic area prior to the show.

Aside from the quality of the music, the orientation of the stage—enabling the Palace to provide a spectacular backdrop—was the icing on the cake, as SWG Event Technology Specialist Ian Williams explained. “The idea is to create the illusion that the audience felt they were inside the palace rather than just in front of it. We illuminated it and handed control over to the lighting designers so it could be used as a spectacular backdrop.”

With Williams himself project managing, leading a team comprising Matt Pope, Ryan Bass and Kieran Jordan, the shows functioned like clockwork. Engineers simply plugged consoles into a pre-time aligned, pre-optimised system, and were provided digital inputs for left, right, sub and fill. “Our system technicians then worked to keep the optimisation as current as possible, working with the engineers to find ideal times within their sets to load in new profiles to the rig”, explained Williams.

SWG’s long successful tradition with Martin Audio equipment, now enters its next stage with their recent purchase of WPL. Williams commented, “We’ve already done a number of shows with our new system and we have received some great comments from engineers that have used it.”