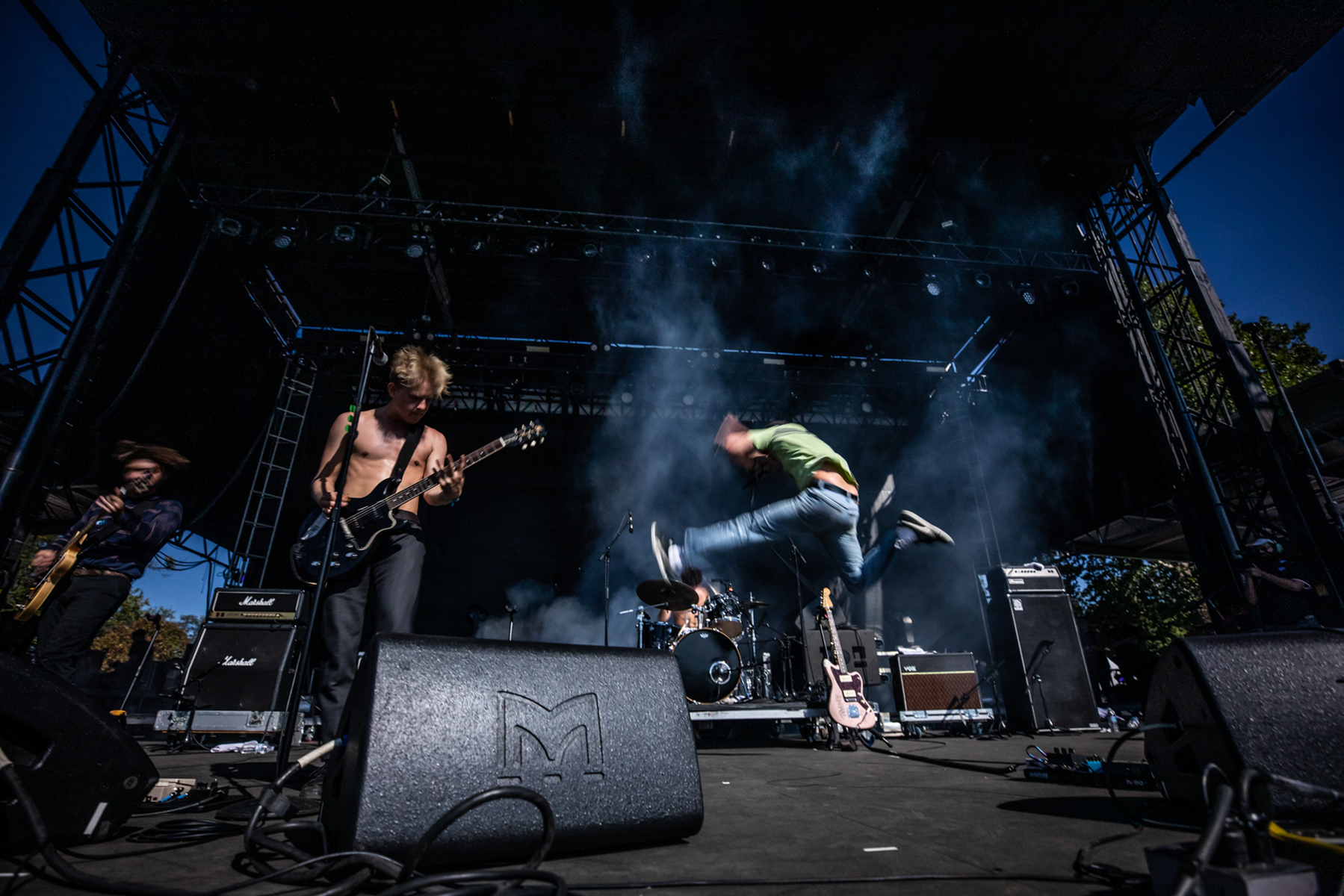 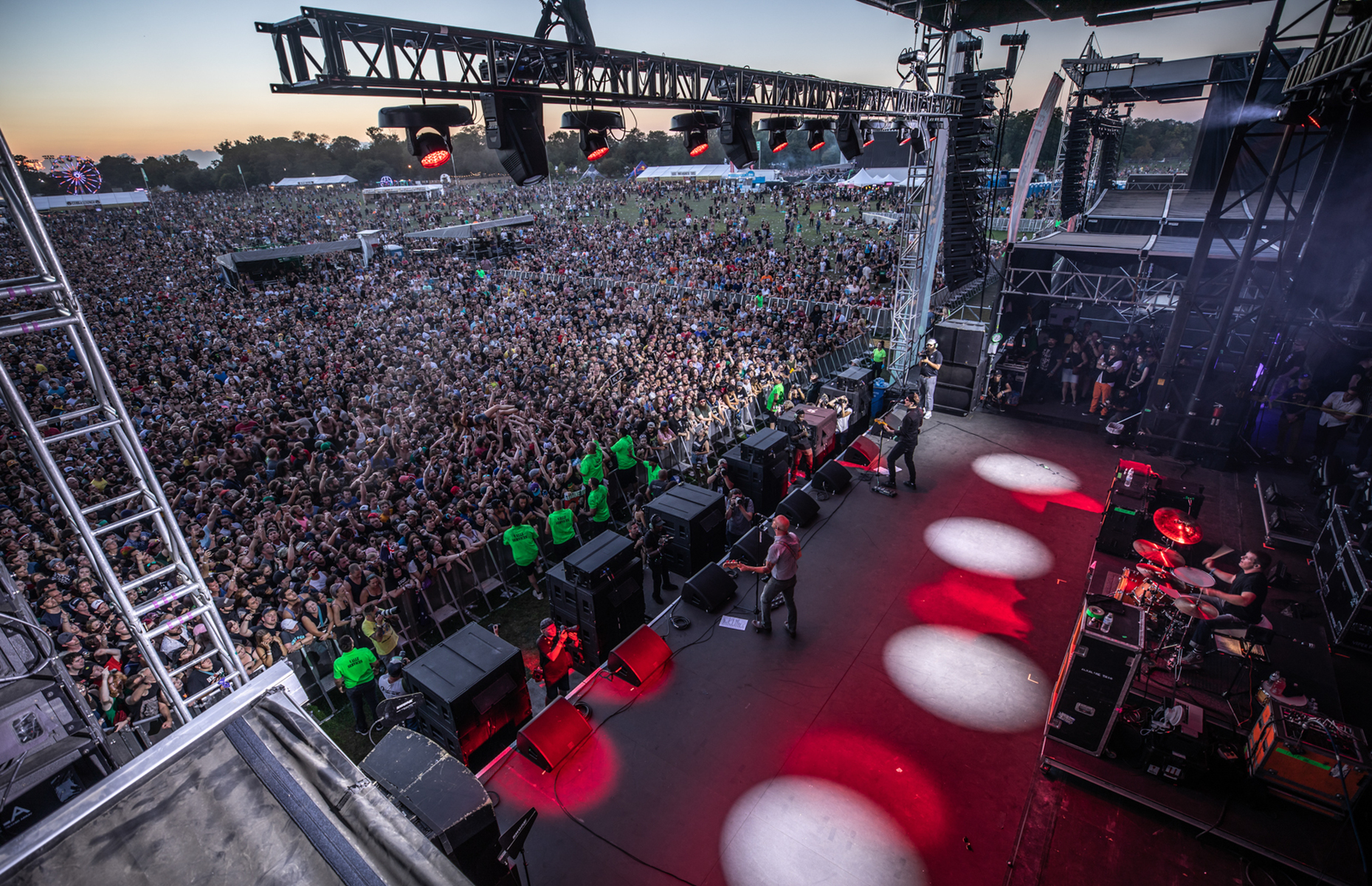 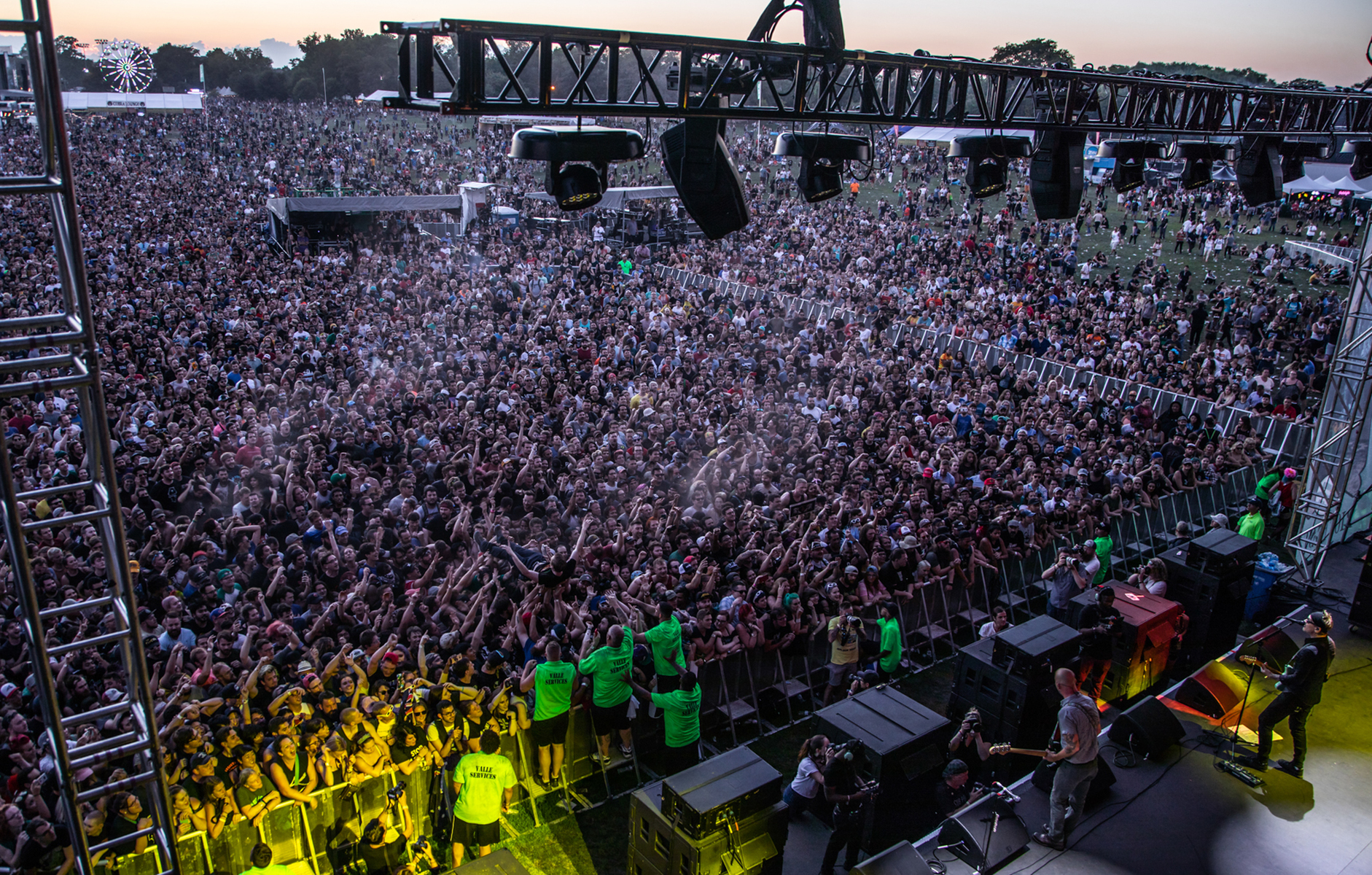 Chicago, IL––Featuring a wide variety of artists and musical styles, another successful Riot Fest was held in Douglas Park with Technotrix supplying a complement of Martin Audio MLA and more for the two main stages.

As Technotrix Audio Department Manager Brent Bernhardt details: “We did Stage 1 and Stage 2 with 11 Martin Audio MLA and one MLD per side flown on side by side Stageline SAM-550 stages that fired alternatively with virtually identical systems. For subs, we had seven equally spaced stacks of three MLX in front of the stage with the middle sub turned around on each stack for cardioid, and we also had four W8LC’s as front fill on top of the sub stacks. Stage 1 had a stage left off hang with eight flown MLA Compacts for a VIP section.

“For monitoring, there were also 12 of the new XE500 monitors on eight mixes of iK42 and they sounded fantastic. The monitor engineers who worked with us thought they were quite possibly some of the best wedges they’d ever worked with, mostly noting their incredible stability right out of the gate. A Martin Audio SX218 was deployed as the drum fill sub with an XE500 on top—the only wedge that I feel is powerful enough to be used this way and not be a compromise––and side fills were two WS218X’s a side with two W8C’s on top. We also did Stage 5 on a Stageline SL-350 with eight W8LC a side, 16 WSX subs, and an XD12 for front-fill.”

According to Brent, “the bands were definitely all over the map so the PA deployment and the way we tuned the rigs was definitely more open-ended as opposed to just hard-core bands. We had everything from Run the Jewels to Elvis Costello, Jerry Lee Lewis, Father John Misty, Weezer, Interpol and Suicidal Tendencies, so it ran the gamut.”

In terms of coverage at Riot Fest, the usual challenge for Technotrix is two hospitals literally on the corners where the main stages are positioned, necessitating zero impact on both and the surrounding neighborhood. After three years of doing the main stages, “we’ve had absolutely no noise complaints because of MLA’s Hard Avoid® feature and the cardioid sub deployment. The control we have with MLA lets us put the sound where we need it to be and it does a fantastic job eliminating excess noise off site. That, plus we were getting usable coverage out to about 400-450 ft. with just 12 MLA a side.”

In addition, MLA’s pinpoint control allowed the Technotrix crew to create three separate coverage zones throughout the day. For the younger bands earlier in the day, they started with coverage that stopped about 50 ft. beyond Front of House to draw the crowds in and fill up in front of the stage. Later on, they could create a medium throw that extended the coverage another 100 ft. and eventually go full out to 450 ft. with the headliners.

The two main stages fired into the back of Stages 3 and 4 which were run by another company with a different PA, so the goal was to have long coverage without overwhelming those stages. As Brent adds, “there are usages for MLA’s SPL control everywhere you can think of in terms of coverage boundaries.

“With the other systems before MLA, they used to do this just by turning off the top half of the arrays and then gradually open up various circuits, Brent explains. “With MLA, I can make optimizations based on the distance and the software automatically makes those adjustments for me. And the advantage is when you have a 12 box arrays, all those boxes work together to deliver a coherent tonality. If you just turn off half of those boxes, you lose coupling and the sound really changes.

“Our tonality sounded the same no matter what distance throw we were doing, it was absolutely seamless. The guest engineers loved mixing on MLA. They thought the system sounded great and couldn’t hear any discernible difference when we switched to the different throws, which was mind blowing for them. That was huge!”

As Festival Manager Grant Simmon concludes: “Martin Audio MLA continually outperforms other PA types. The phase coherency in the wind is reason enough but when you add in the ability to open up audio to sections of the House based on a schedule, it makes MLA the ideal choice for a music festival.”