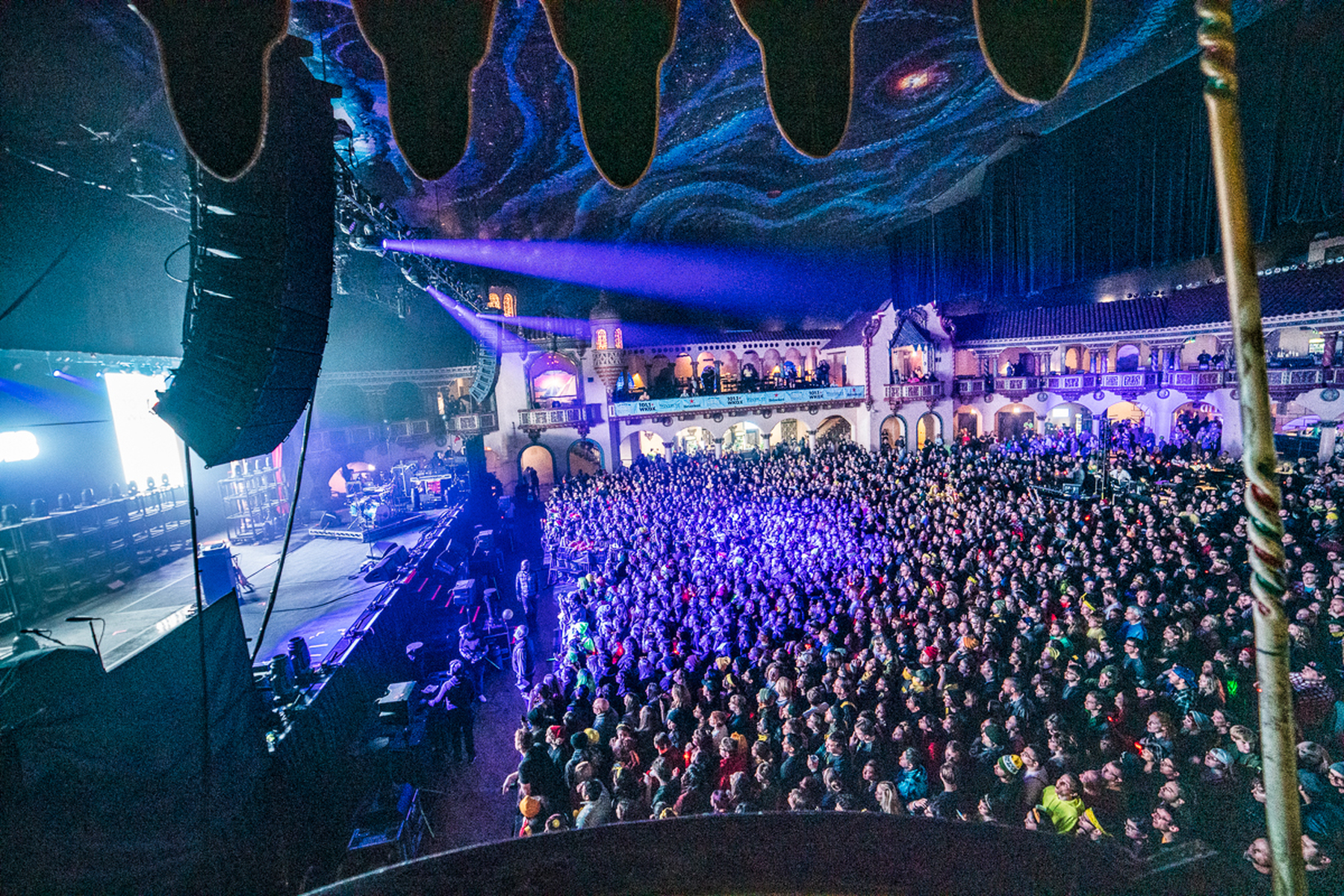 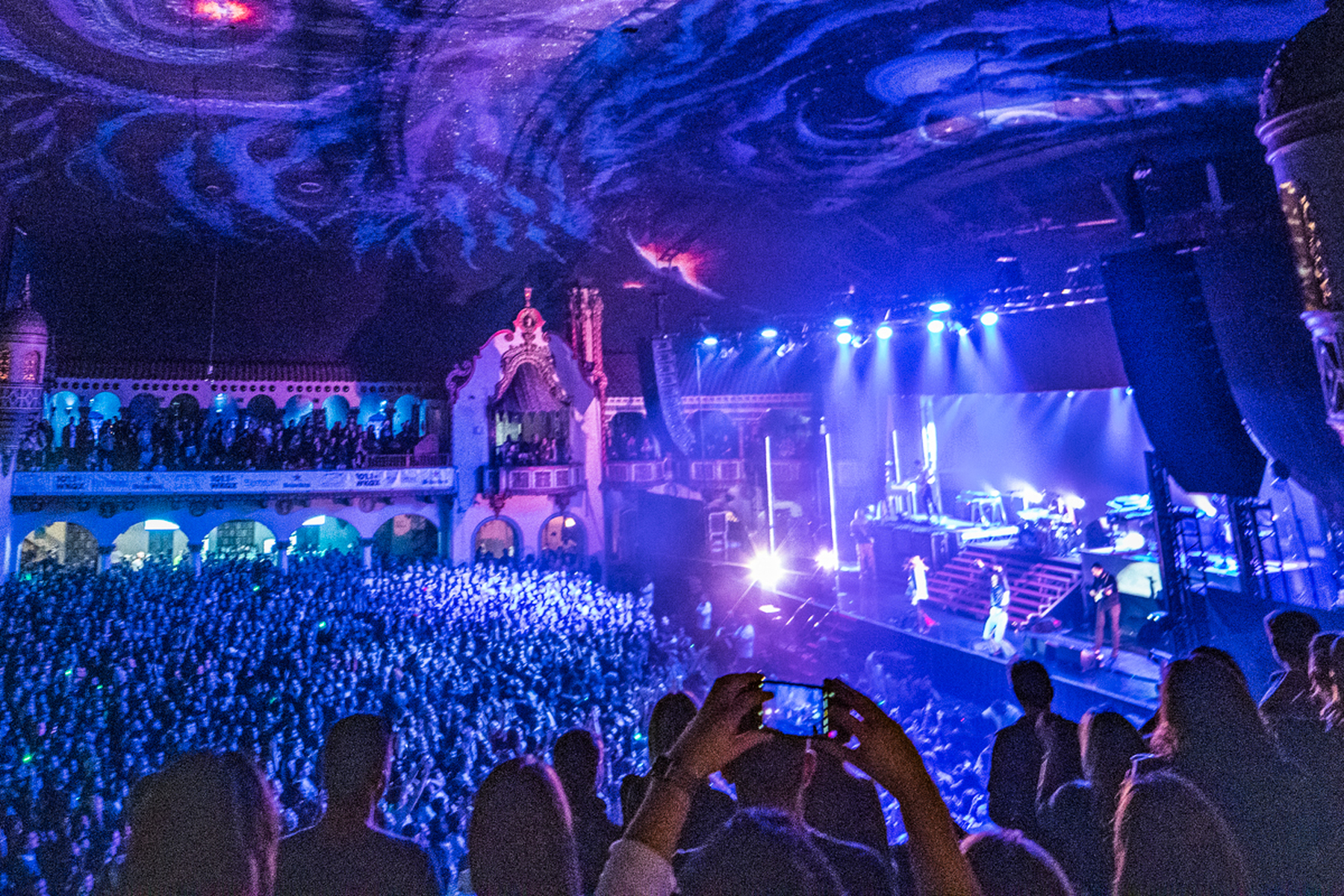 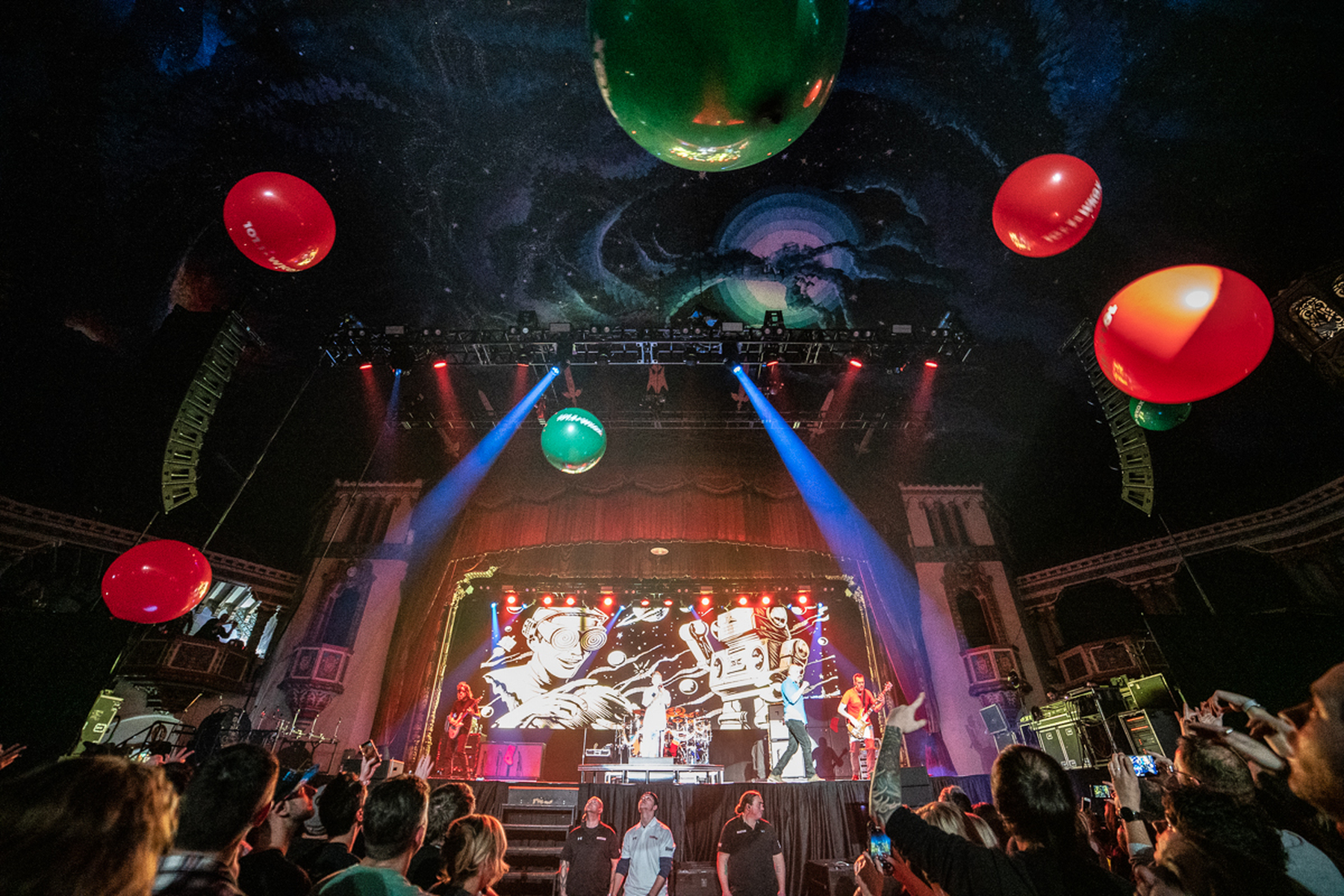 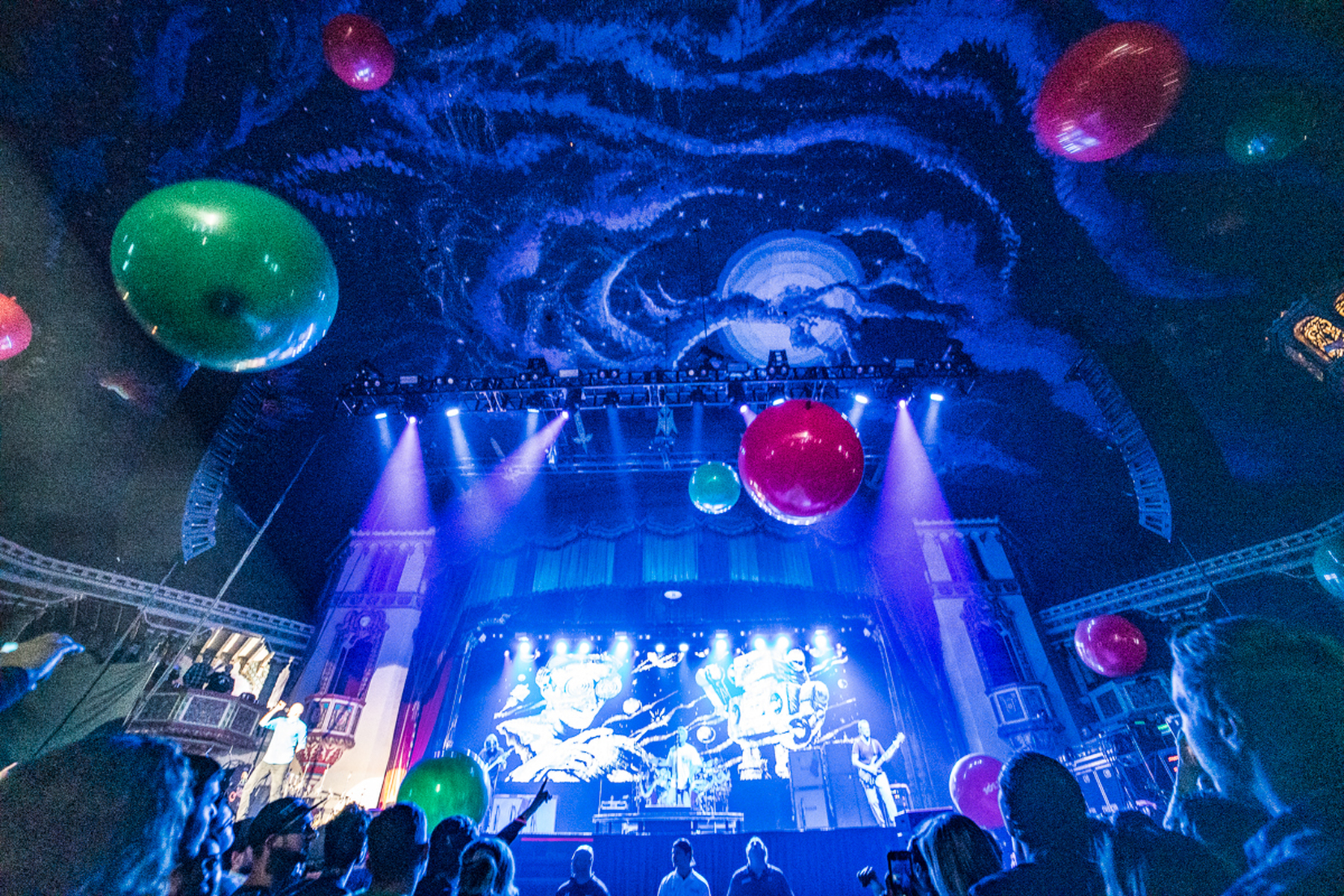 Technotrix, Inc. deployed a comprehensive Martin Audio MLA system to solve well-known acoustic problems at the challenging Byline Bank Aragon Ballroom in Chicago. The event in question, “The Nights We Stole Christmas,” featured headliners such as Cage the Elephant, The 1975, Twenty One Pilots, Mumford & Sons and 311 with a full retinue of well-known supporting artists.

Discussing the issues that face bands and engineers who play the historic venue built in 1926, Technotrix Audio Manager Brent Bernhardt explains: “The Aragon is just not designed for modern PA systems. First of all, it’s limited in terms of what you can hang because they only have single point rigging, so weight is a factor.

“More importantly, because of the domed ceiling, the spring-loaded hard dance floor and other hard surfaces, you tend to get one of the worst RT60 reverberation times of any venue professional musicians play in. If you clap your hands in the center of the room, it takes at least six seconds for the sound to die down. All of that reverberation and echo makes most PAs you put in that room sound unintelligible and inarticulate and ends up being a wash of noise.”

To solve the problem, Brent and the Technotrix team rigged a system consisting of nine MLA and one MLD a side with 15 MLX subs in five clusters of 3 on end with the middle subs reversed in a cardioid array. Front fills included eight Martin Audio WPM in four clusters of two on a tripod with universal brackets powered by an iK81 amplifier with 2-box resolution for optimum results. Four XD12 speakers on tripods stage left and stage right powered by an iK42 amp were used for VIP fill.

For monitoring, there were 12 XE500 wedges on eight bi-amped mixes and an SX218 drum monitor sub, all powered by four iK42 amps. Consoles included an AVID Profile for FOH and AVID SC48 for monitors.

“MLA allowed us to model the room and manipulate where the array was going to be hung to get optimum coverage,” Brent continues. “We also used the Hard Avoid® features to avoid the balcony lip and eliminate any slapback off the back side. This also kept sound off the stage and gave us control up into the dome above the PA so the array’s energies from the top weren’t also contributing to yet another arrival time. “

Jay Rigby, FOH for The 1975 adds, “The Aragon Ballroom is notoriously one of the most difficult venues to mix in.With the MLA system installed it felt like I was mixing on a pair of studio monitors instead of a chaotic echo chamber. The band even commented about how good the room sounded during the show from stage.Instead of dreading mixing there I’m now looking forward to the next opportunity to use MLA in The Aragon.”

Another appreciation of MLA comes from Adam Ross, IATSE Local #2 Stagehands and Head of Audio at the Aragon Ballroom: “Due to the reverberant nature of the Aragon it’s vitally important that the sound energy is directed solely at the audience and not bouncing off the balcony face or reflecting around the dome.

“The MLA does a great job of working around these acoustical challenges and provides a very clean and powerful output with even coverage around the room. All of the touring FOH engineers I spoke with over the course of the week were very happy with the results. I was particularly impressed by the clarity of the system at high volume in this kind of reflective space. I have to give credit to Brent and the rest of the sound crew at Technotrix, they’re always great to have in the room and I’d be more than happy to work with them here again.”

Concluding the kudos for MLA, Brent adds, “The system allowed us to take the Aragon Ballroom out of the Aragon Ballroom. In terms of loudness, we were getting peaks at 114dB but it didn’t sound harsh at all because MLA is so clean. We had nothing but accolades all weekend long from those who’ve been mixing professionally and done a show in there and know how challenging it can be.”