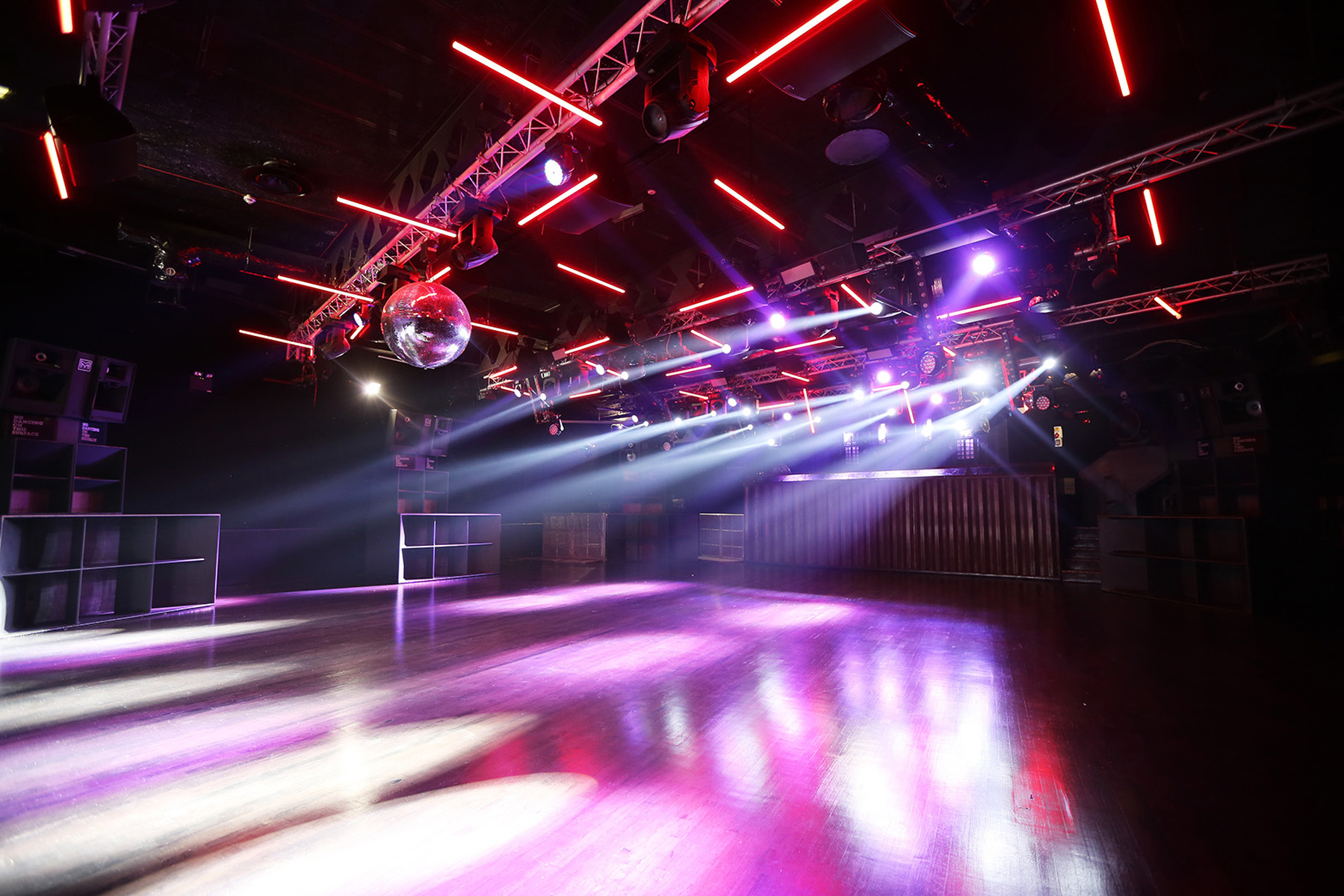 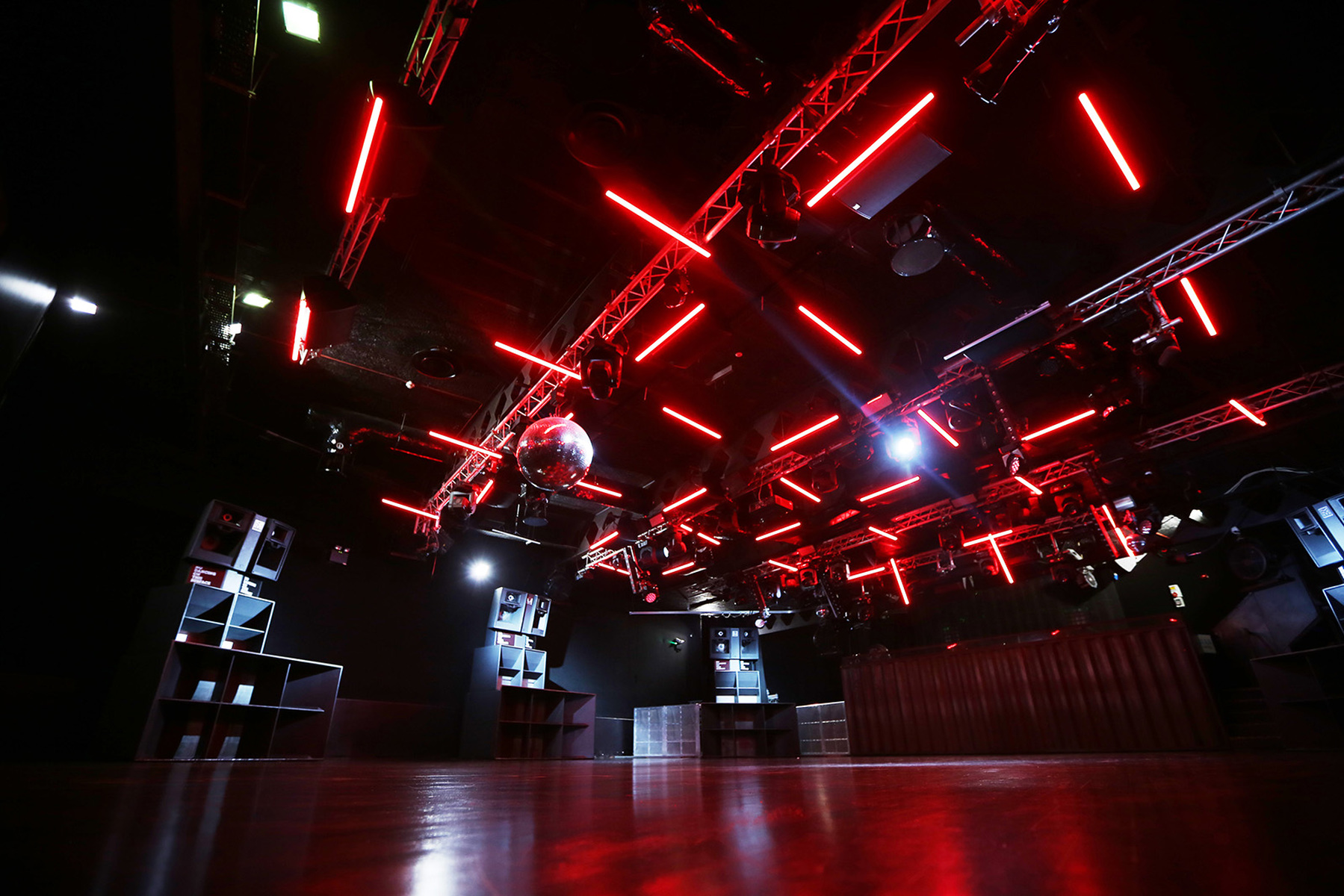 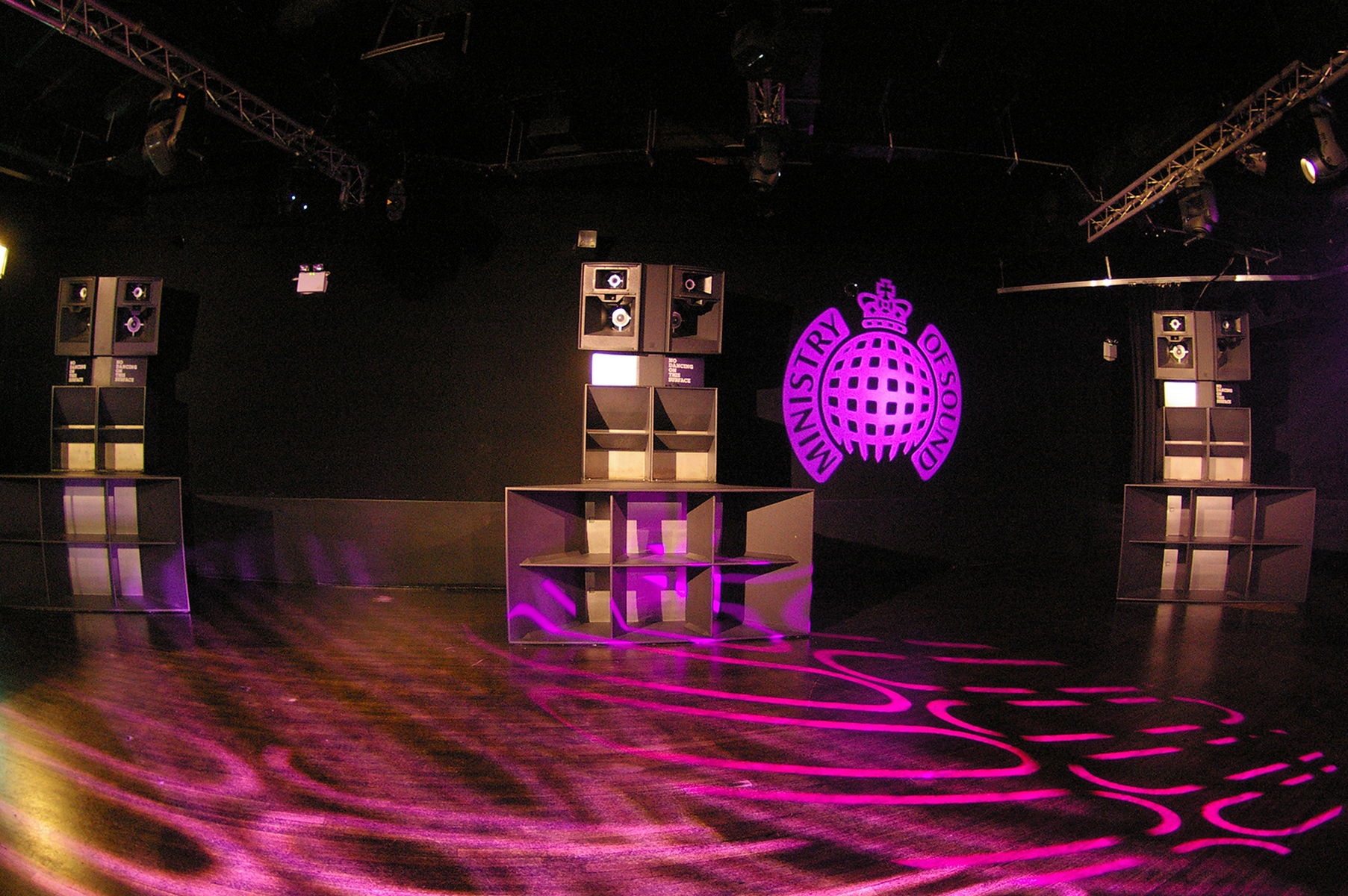 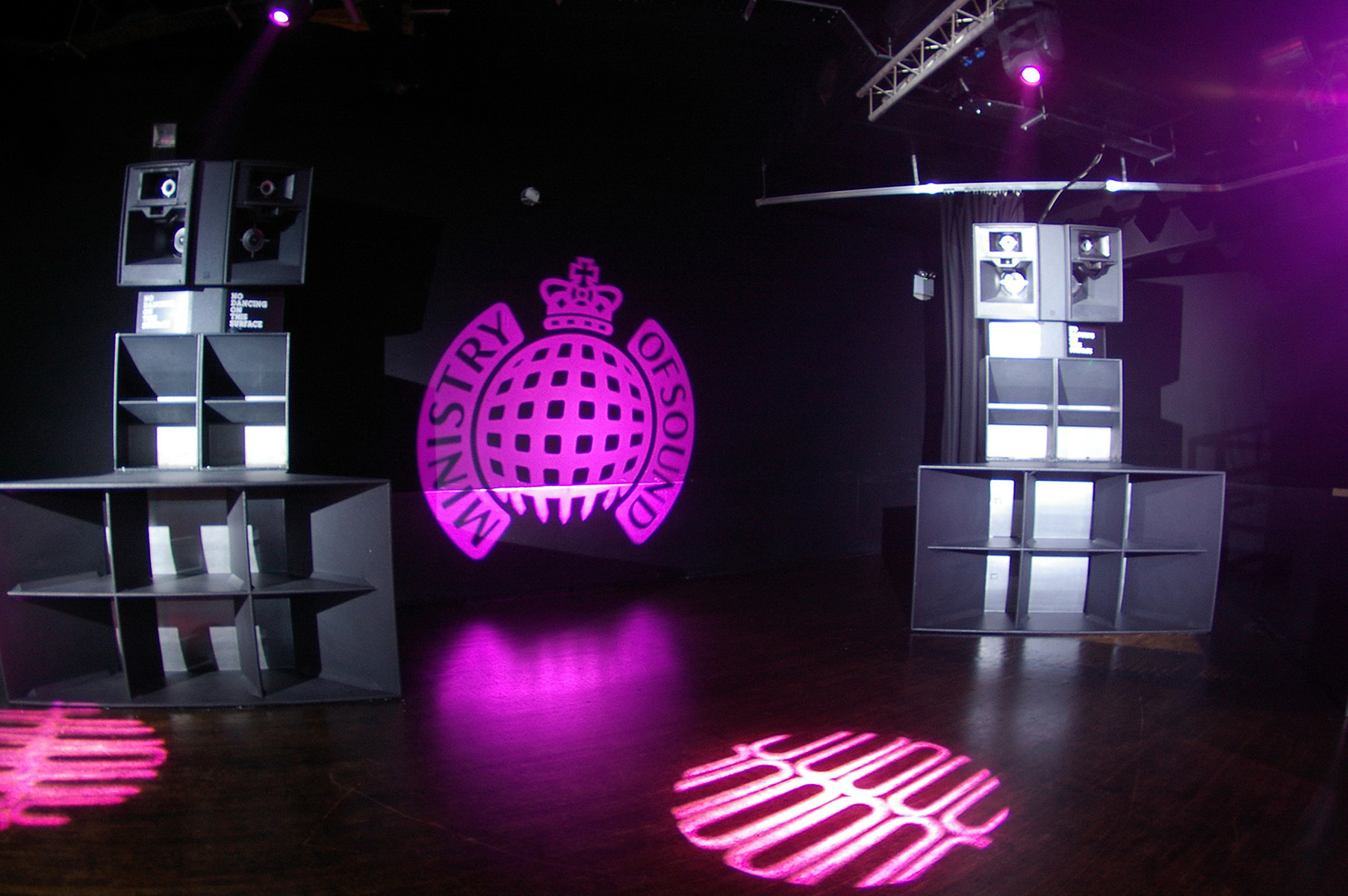 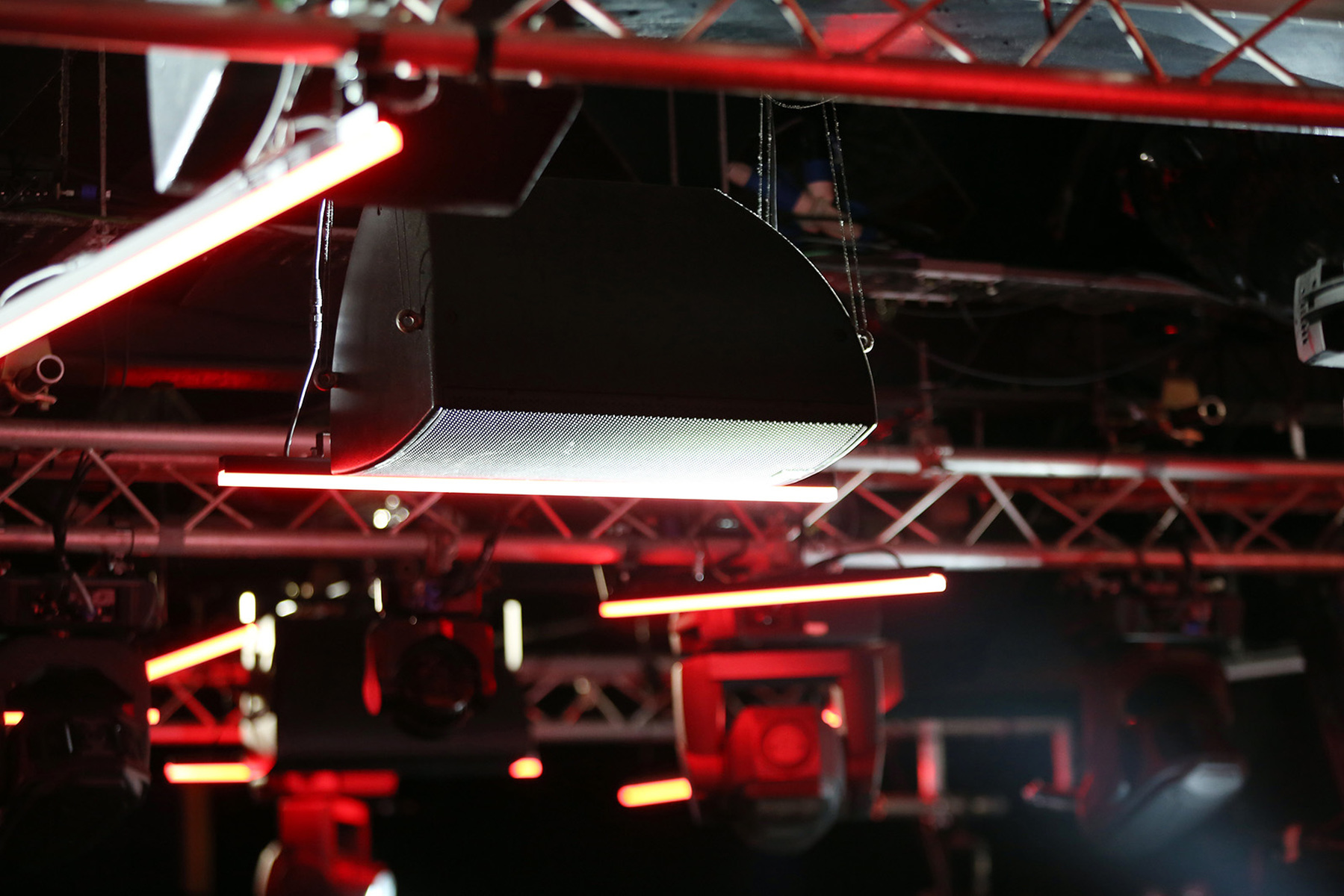 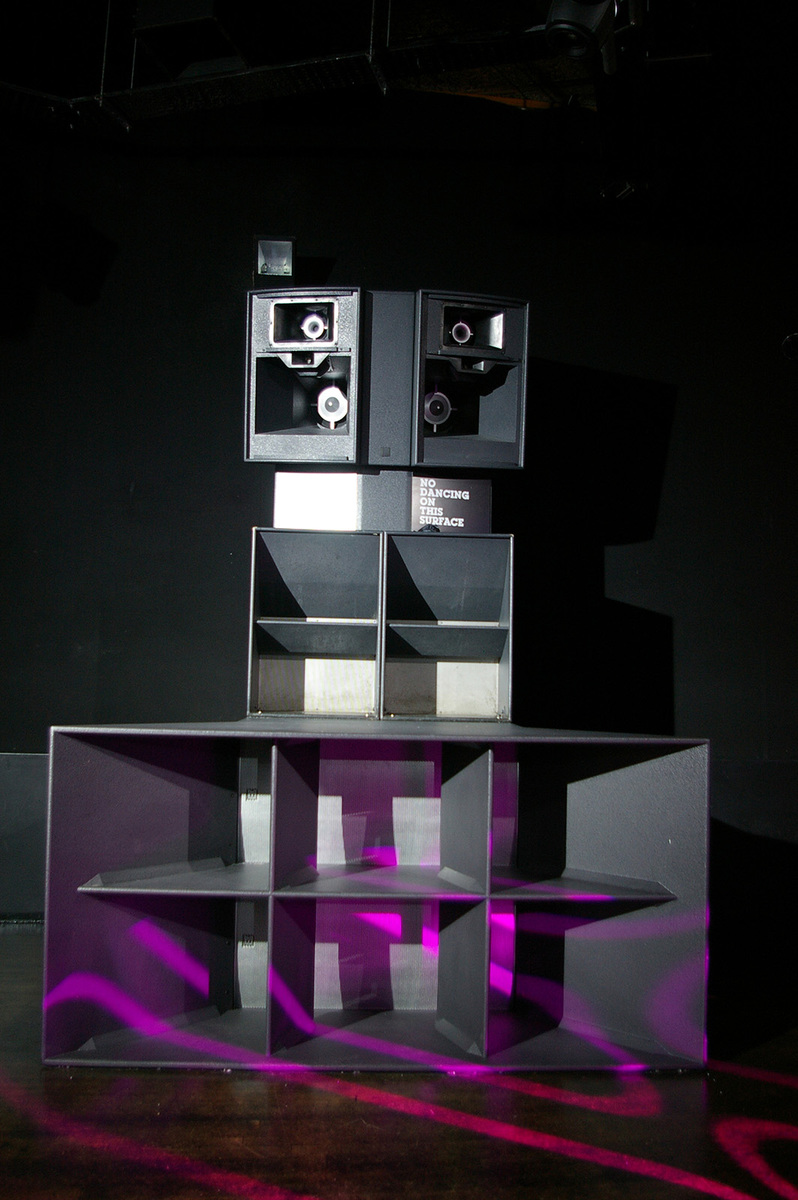 THE DEVELOPMENT OF THE MINISTRY OF SOUND WITH MARTIN AUDIO

Martin Audio’s relationship with Ministry of Sound runs very deep, and across the last decade we have been responsible for delivering the complete sound system throughout the club, everything from our Contractor ceiling speakers and Blackline system through to the now legendary custom 5 way 6 stack in their main room, The Box. Ministry of Sound’s desire to have a closeness of relationship with a premium loudspeaker manufacturer and their collective belief in the quality of the Martin Audio experience has been rewarded with the Best Club Sound System Design at the IDMA for four consecutive years from 2010 to 2013.

The specification saw eight W8LC Compact Line Array enclosures distributed in two drops of four, for main coverage at The Bar. A further four W8LM Mini Line Array boxes were configured in two hangs of two per side (as side fills) and a pair of Blackline S218 as subwoofers.

The Bar’s DJ booth also housed two Blackline F12’s and a single S15 sub for DJ referencing. The Baby Box housed four each of the larger Blackline F15 and S218 subs with a pair of F8’s as infill under the balcony area with two Blackline F12’s used as the DJ monitors. The main VIP room had a selection of four Blackline F10’s and a single S218, allowing The Ministry to maximise the use of the room — from full-on party to background low level music. Audio components in all other peripheral areas were also updated, such as entrance walkway, private VVIP rooms and outside courtyard to keep a well-balanced sound running throughout the club. As a result, sound in the VVIP Room was reinforced through four Contractor series C115’s while the entrance corridor has four AQ6’s (finished in white) and in the outside courtyard the sound was distributed through a pair of black AQ8’s. Onto the bespoke club stack, for its main room –The Box.

Martin Audio’s R&D Director, Jason Baird designed what is now the timeless six-stack 5-way hybrid sound field. Designing custom versions of the AS118 bass and Wavefront W8C mid-high cabinets, with two 21” ASX subs form the base of each of the six stacks around the perimeter of the dancefloor, coupled with a custom horn flare. The flare not only met the MoS management brief that the design should retain the physical presence of the old stacks, but at the same time enabled more output to be generated with better horizontal directivity. “By accurately aiming the stacks, we could broaden out the low frequencies to cover the whole of the dancefloor,” he rationalised. On winning the IDMA for the fourth time, Jason commented “It is an incredible achievement to have won this award once again, and is a testament to the capability of a sound system that just keeps on putting smiles on faces.” Ministry production manager Chris Thoms added, “Our success in this field really is a tribute to the hard work of everyone involved in the planning, development and refinement work which went into the Martin Audio sound system.”

The world famous Ministry of Sound (MoS) nightclub, which runs Martin Audio sound systems exclusively throughout its London venue, has extended its long partnership with the British manufacturer by installing 16 of the company’s new CDD15 (Coaxial Differential Dispersion) installation speakers in the ceiling of ‘The Box’, its premier dance room. This will enable the club to utilise Dolby Atmos sound technology. Dolby Atmos transforms music performances by allowing sound to move anywhere around a room, even overhead. The new year will see the first in a number of Dolby Atmos enabled events, kicked off by Hospital Records on January 23, utilising 22 Martin Audio loudspeaker channels. Incorporating synchronised lighting cues, generated from music mixed in Dolby Atmos, Ministry of Sound will immerse visitors in unprecedented soundscapes delivered through the new Martin Audio CDD’s and the existing ring of six bespoke Martin Audio ground stacks, positioned around the dance floor. The additional speakers are designed to enhance the club’s existing setup and change the perception of the way music is heard, confirms MoS production manager, Chris Thoms. “When Dolby decided to introduce Dolby Atmos to the club world they were looking for a flagship venue to showcase it. We were approached both as a business and a music company — but more importantly we already had a sixpoint system set up, and The Box is an acoustically treated space — so it was a perfect fit.

“We told Dolby we wanted to maintain consistency with Martin Audio, so I contacted Jason Baird [Martin Audio’s R&D Director]. We discussed various options and he recommended the CDD15 because of its coverage and power output — and the fact that it could compete with the SPL level of our existing stacks and give us enough punch.” Thoms explains the unique sound panning principle. “With our current dance stack configuration you have always been able to get a Left/Right stereo pan wherever you are standing in the club. With Dolby Atmos, content is free from channel restrictions, allowing artists to pan individual audio objects anywhere across a room, including overhead, while maintaining the original stereo bed.” The installation proved challenging due to an already congested ceiling. “It’s very tight because we have all the H&V and lot of fixtures up there. In that respect the mounting options on the CDD were useful — half the speakers are on yokes and a few are on steel suspensions. They are set at a uniform distance of 2.3m apart in a grid because they have to be close together to provide the best coverage for spatial elements.” Hospital Records is hosting the first event and producers and artists from the label have been working closely with Dolby to master their music in Dolby Atmos. “We are delighted to have the new Martin Audio speakers installed,” states Thoms. “They have become perfectly integrated into the existing sound system infrastructure to support a Dolby Atmos performance.” In conclusion, Lohan Presencer, CEO, Ministry of Sound, states, “The sound system in The Box is the best in any nightclub anywhere in the world — but for our 25th anniversary next year, we wanted to raise the bar even higher. Dolby Atmos allows our patrons to experience the future of dance music, creating multidimensional soundscapes the likes of which have never been heard before in a nightclub environment.”