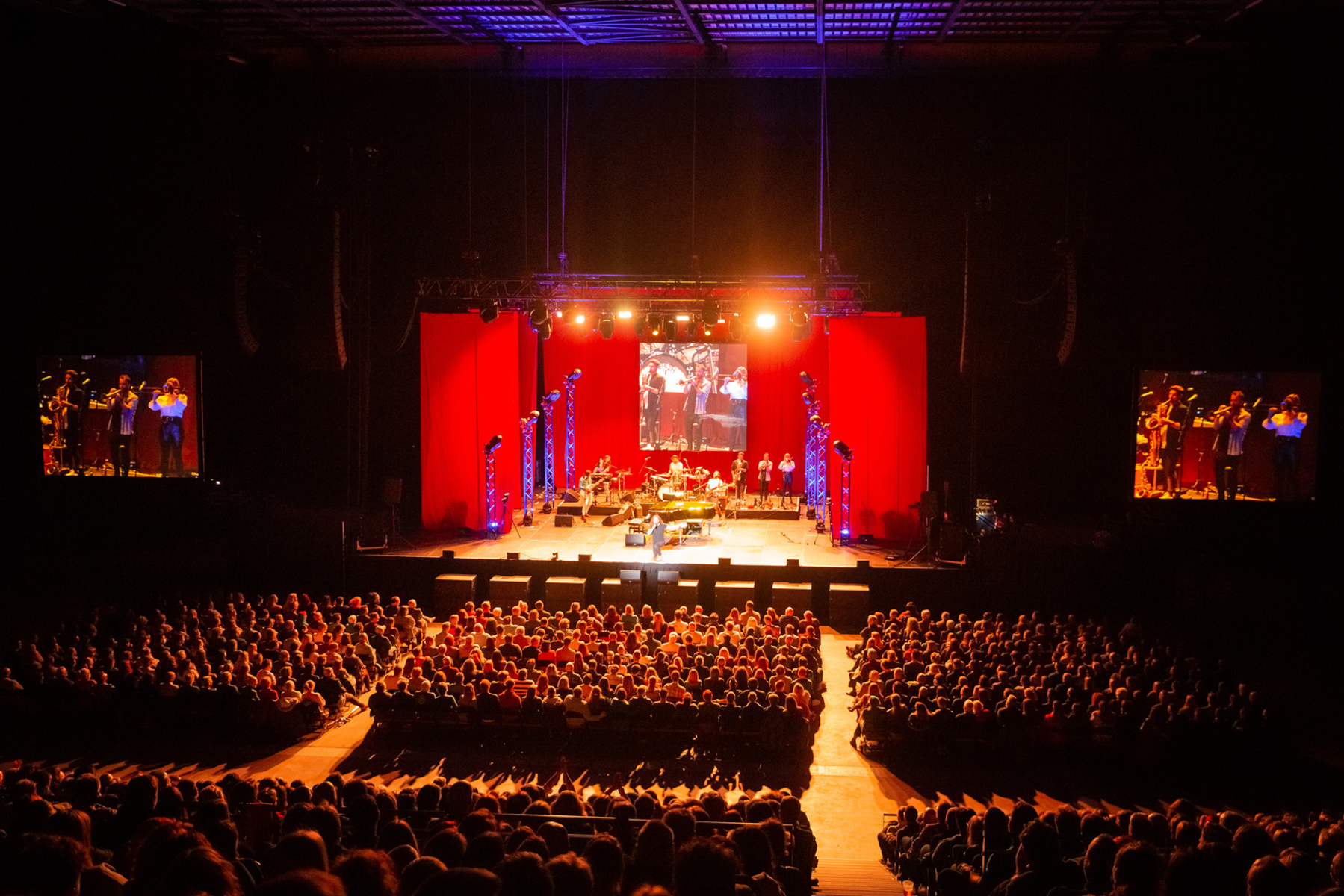 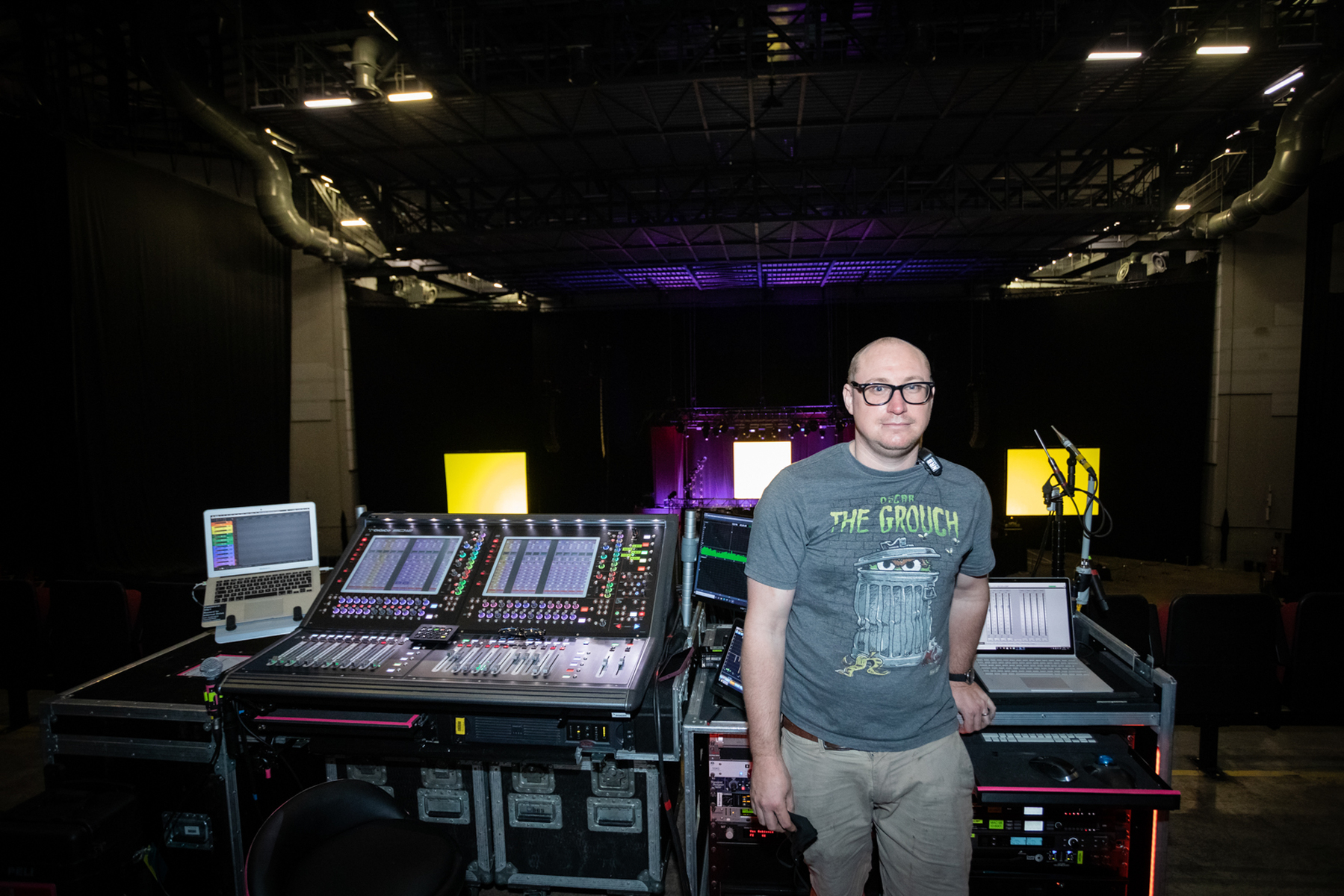 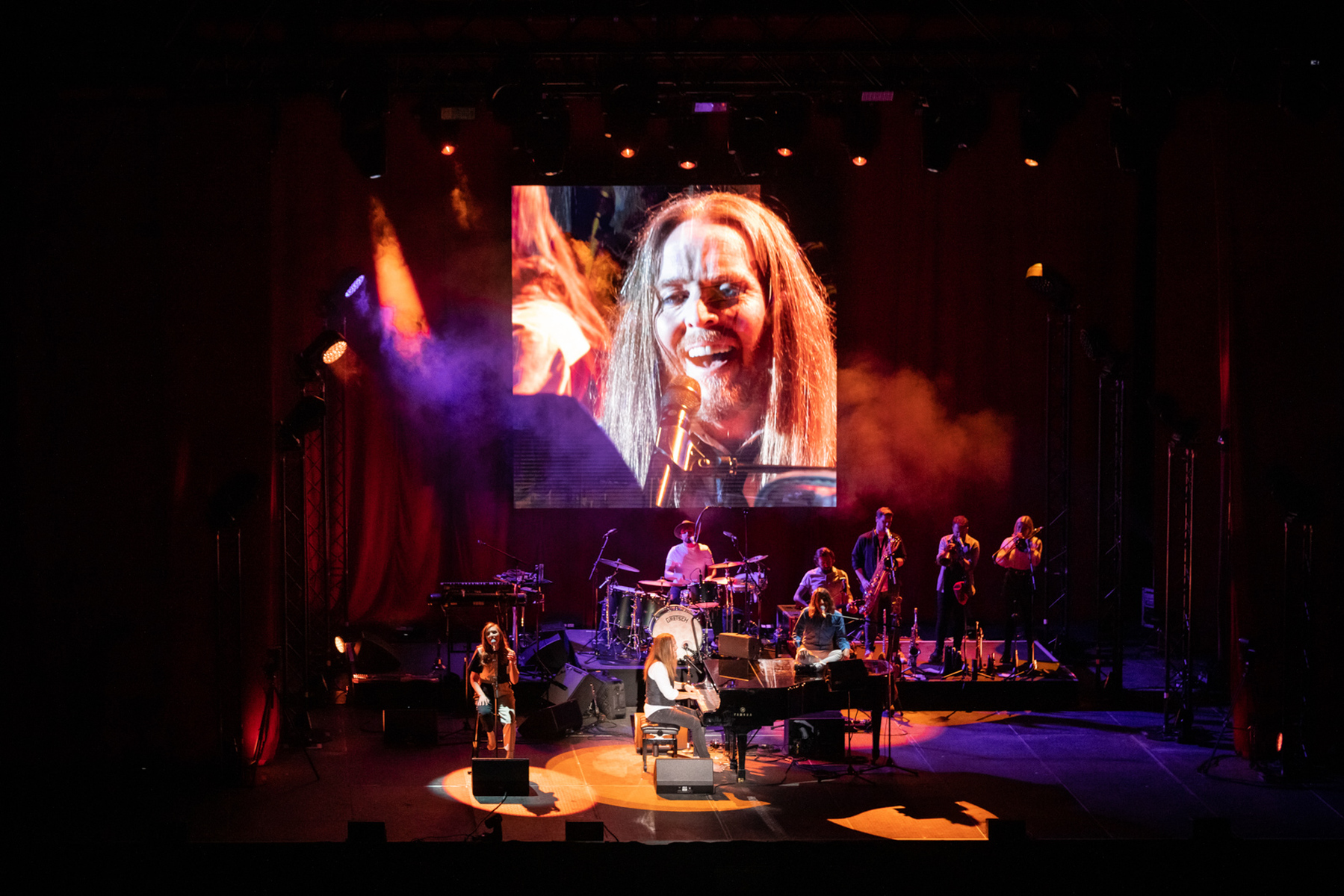 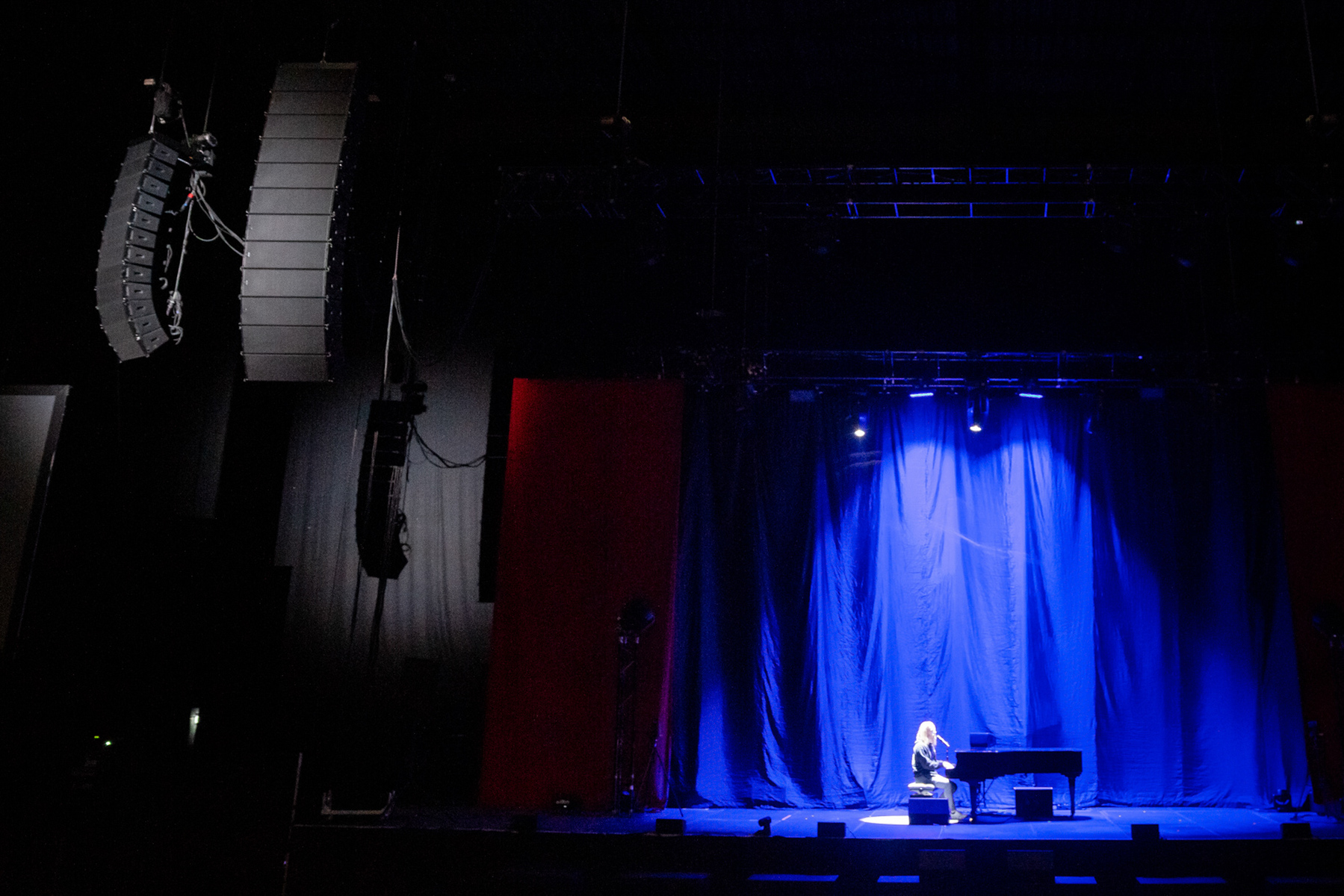 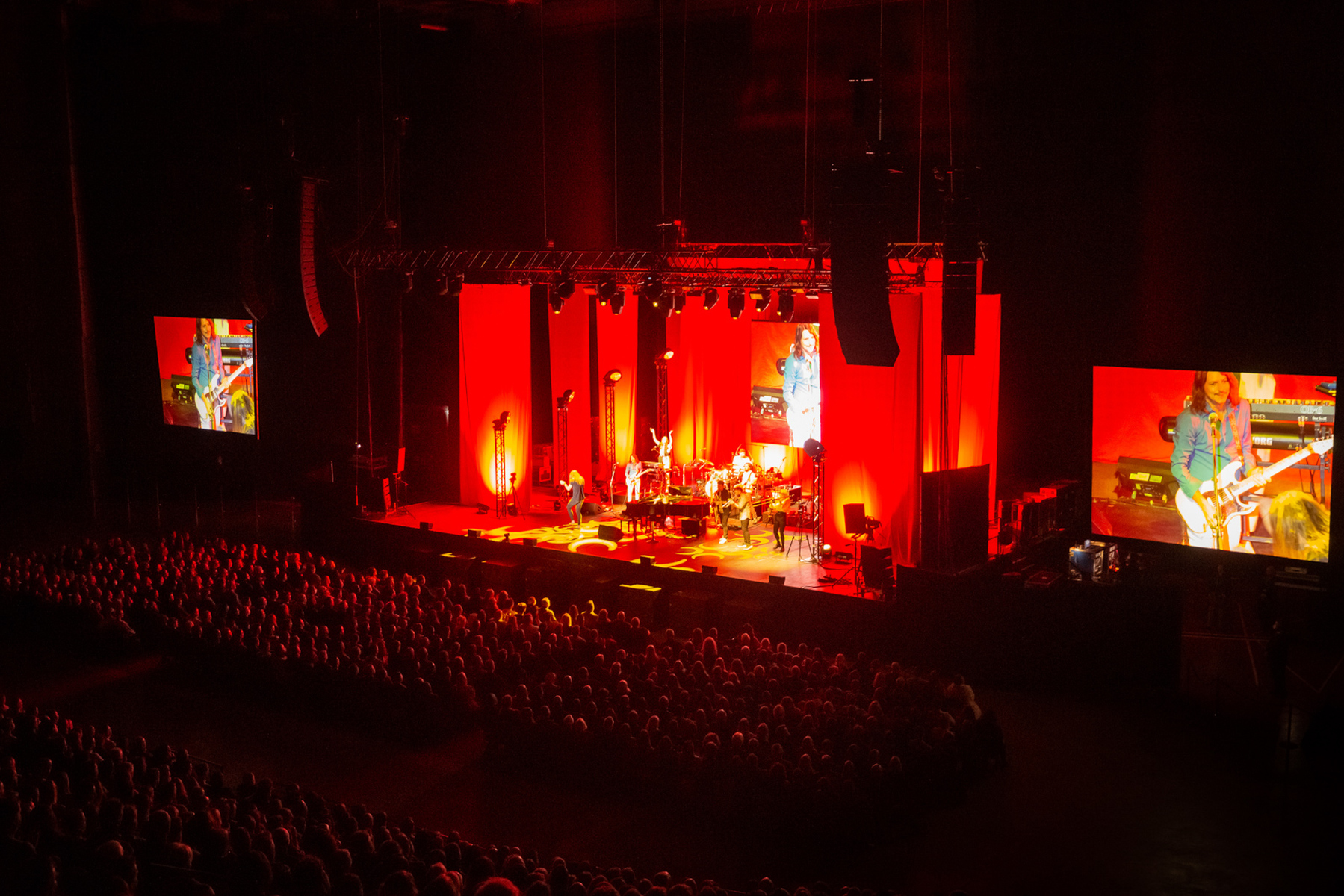 With his inimitable repertoire of eclectic music blended with high-brow comedy, Tim Minchin’s UK tour, which began back in 2019, resumed after lockdown with a further eight-week stint. Imaginatively titled Back … Encore, this took him through a number of sold-out UK theatre shows, interspersed with a handful of arena dates.

Capital drew on their inventory of 32 WPS line array enclosures but purchased six additional multi-channel, Dante-supporting iKON amplifiers for the tour, enabling the system to be driven in the optimum one-box resolution.

Explaining the need for the expanded WPS inventory this time around, Capital account manager, Martin Connolly, said that the additional elements had provided Dave Roden with increased horsepower when matching to the main hangs and outfills.

“The WPS system is perfectly matched for Minchin,” he said. “It was so successful last time and so Dave [Roden] requested it again.” Crucially, the restricted loading points at some theatres became another defining factor.

However, WPS was supplemented at the three larger capacity arenas—Nottingham Motorpoint, Leeds First Direct and Cardiff Motorpoint—where Martin Audio’s larger WPL took over main duties, moving the WPS out wide to function as side hangs.

Providing low frequency extension were stacks of Martin Audio SX218 subwoofers—varying between six and 16, depending on venue size—along with a combination of DD6 and XD12, which have become standard fare for near-fill support. The XD12s were deployed as outfills on the lip of the stage at the extreme left and right with six DD6 set across the front.

However, there was always the opportunity for a little experimentation. System tech Nick Boulton, who had occupied the same role for Tim Minchin’s 2019 shows, took the opportunity to test drive Martin Audio’s new TORUS constant curvature array on a number of dates.

Martin Audio Product Support Engineer Nigel Meddemmen takes up the story. “Nick was keen to try this in place of the XD12s and so Martin Audio provided a pair of flight-cased T1230s, principally for use at Nottingham and Cardiff Motorpoint Arenas.”

But Boulton saw further potential. “Initially we put them side by side with our existing XD12 infills, and straight out of the box were blown away by the fidelity of them. They required very little EQ to match tonality with our hangs of WPL and WPS.

“Personally, I was also very impressed with the consistent coverage and pattern control. The rigging and cabinet feel high quality, and there are a bunch of cool features, such as the identifying LED, and NL4 pin swap switch, which make things a lot simpler.

“Consequently, we ended up putting them into every show between Hammersmith and Cardiff—and had we had access to more, I'd certainly have used them!”

Summing up, Martin Connolly said the tour had been an unqualified success—not only for the warmth with which Tim Minchin’s show had been received, but the quality of the production. “He is an excellent showman, and running the PA at a comfortable level, between 98db-100db, the sound was extremely clean and the intelligibility high.”