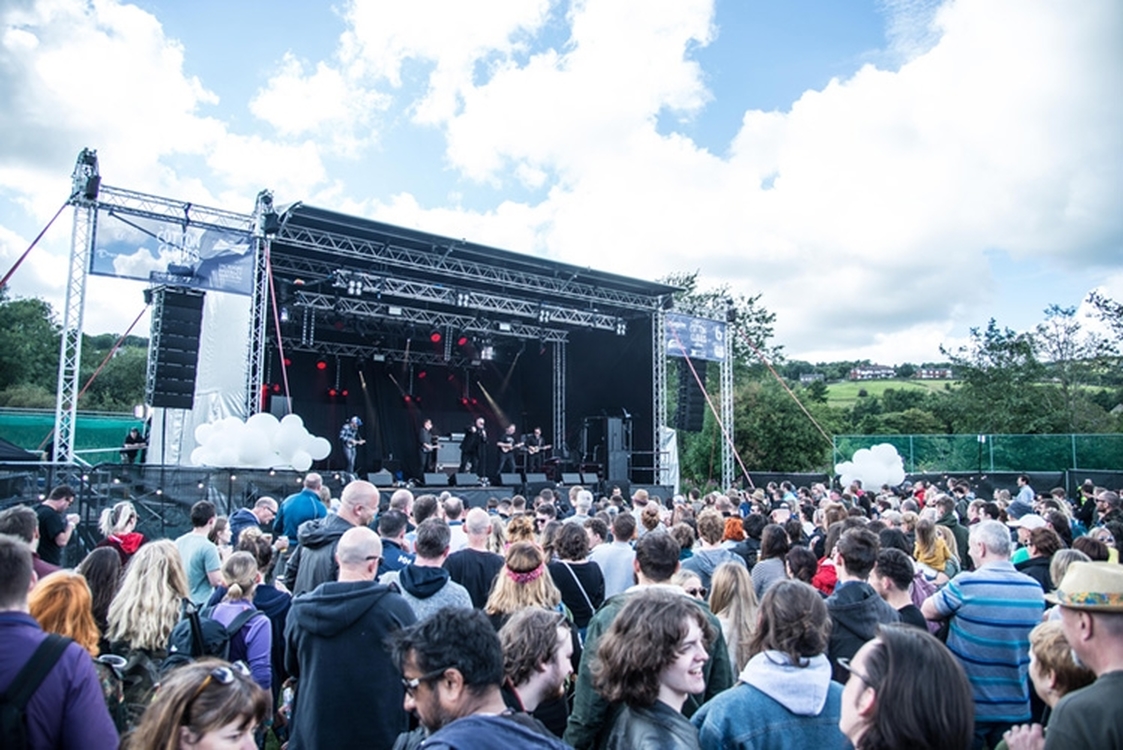 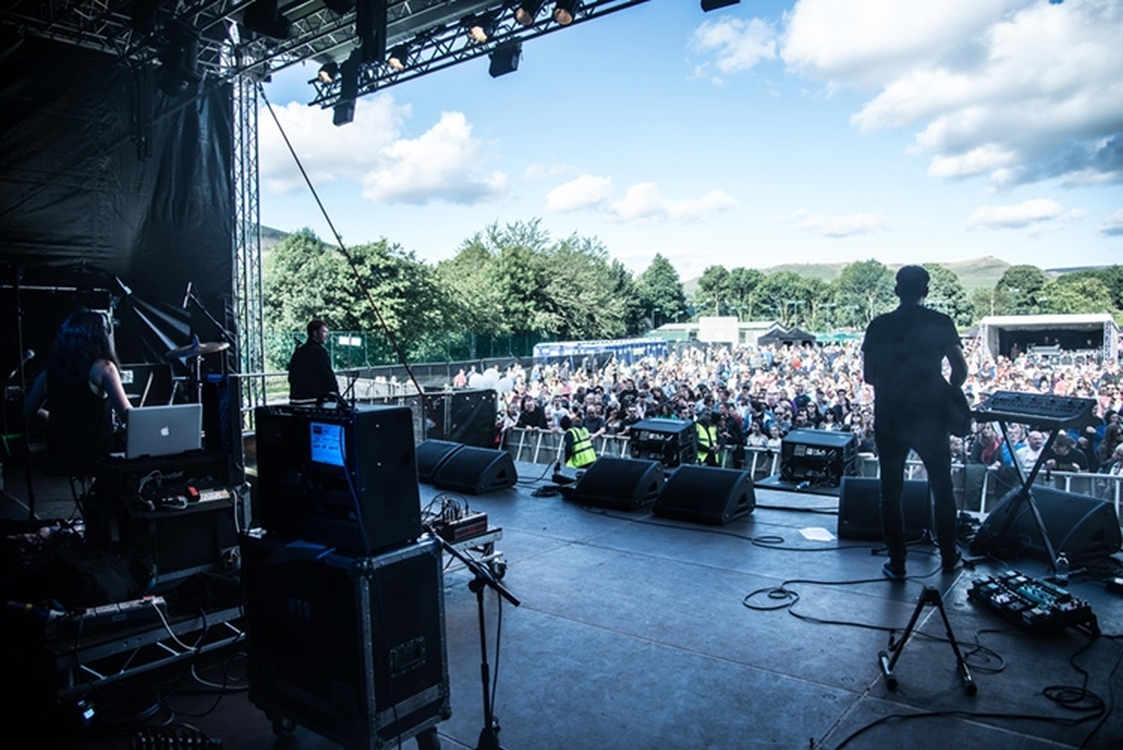 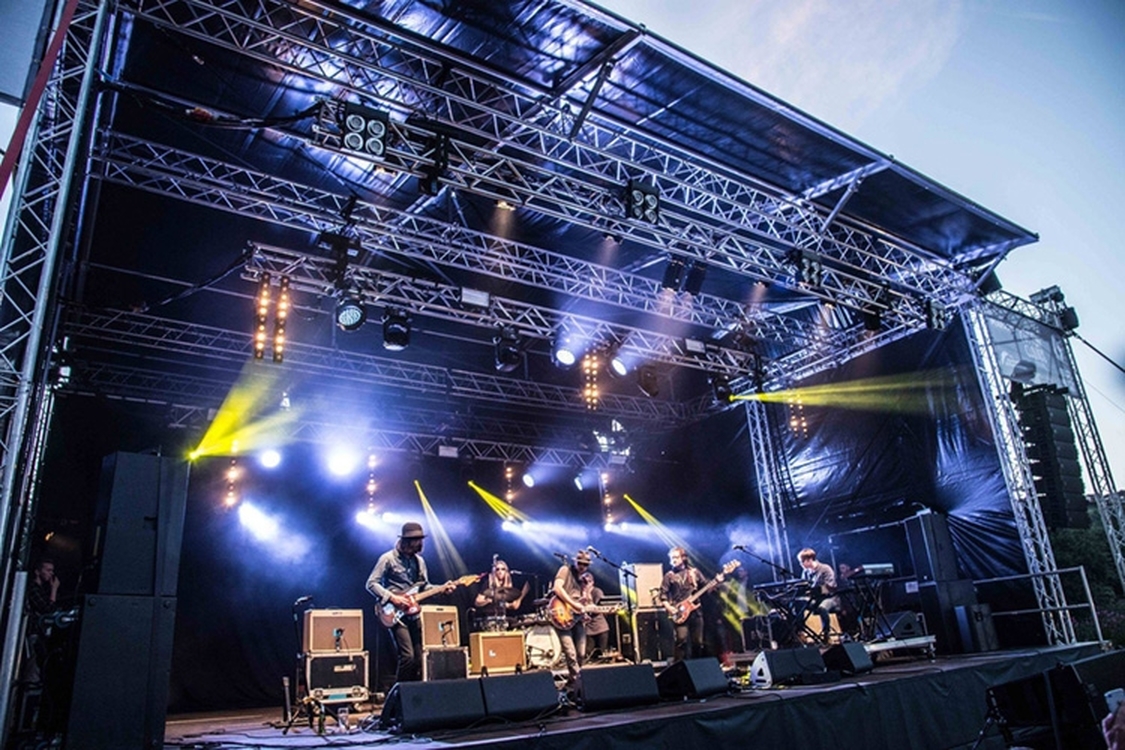 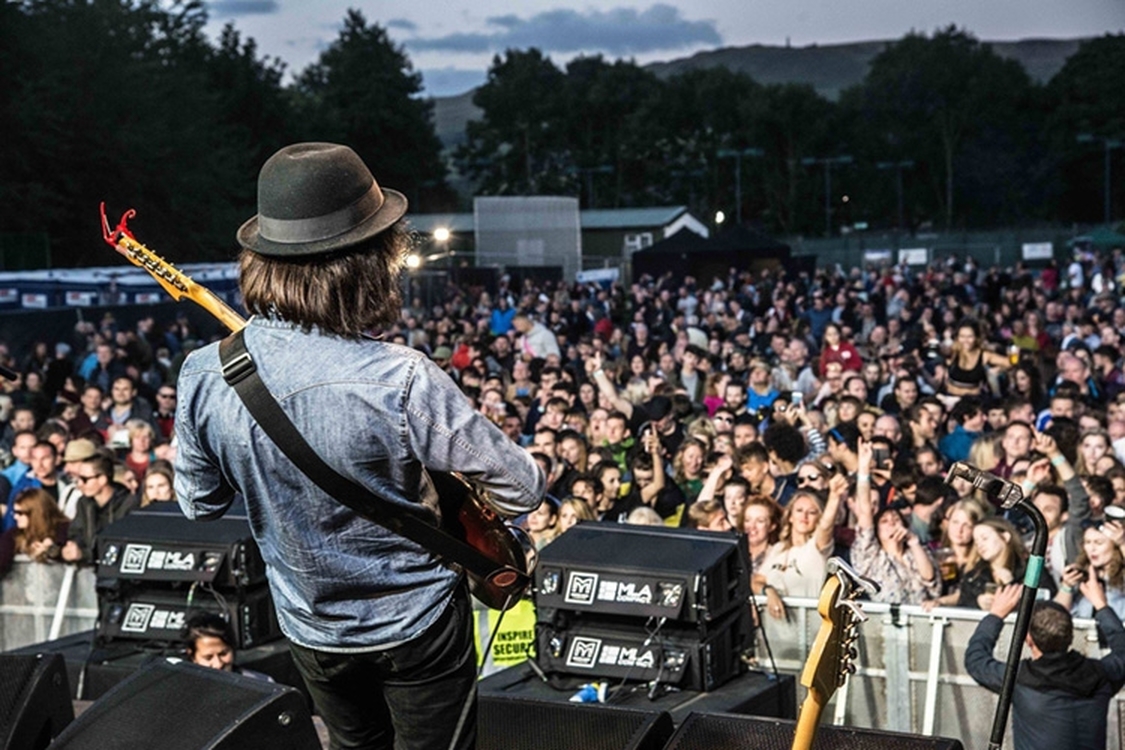 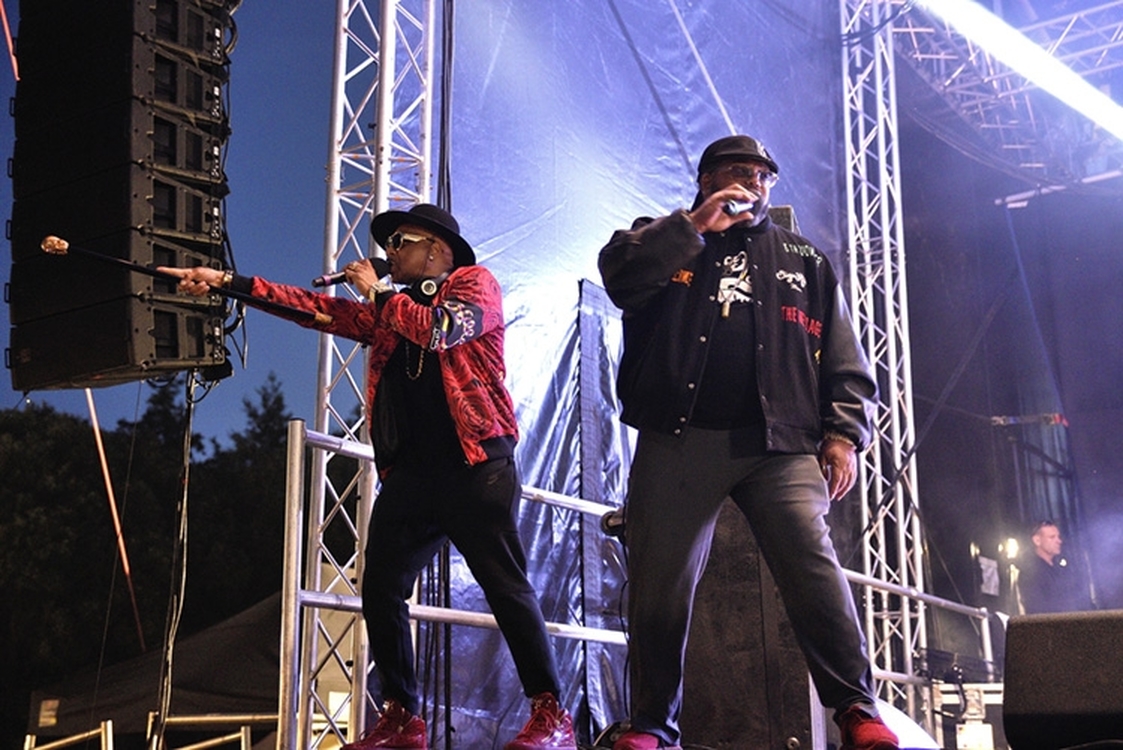 Held at Saddleworth Cricket Club in Oldham, and surrounded by the picturesque Pennine hills, it sold out all 3,000 tickets well in advance, setting it on the road to an inevitable success. According to VME, there seemed no better time to introduce the Oldham faithful to the precision and accuracy of Martin Audio MLA.

'Being from the local area I knew that there would be issues with noise propagation,' stated Oliver Fallon, Technical Manager of Cotton Clouds and VME sound engineer. 'During my time at VME I have worked with the Martin Audio MLA many times - therefore I knew there was no better system to do the job as it has got us out of some sticky situations in the past.'

Chris Pearce, FOH engineer for Cotton Clouds, as well as Blossoms and Inspiral Carpets, shared Oliver's concern. 'When planning for this event to take place, I was worried about the residual noise being a problem off site, due to the area being very residential. The fact that the off-site level were set at 65dB as a result added to my concerns.'

But MLA Compact helped him to achieve this while still achieving full coverage over the cricket pitch with even LF coverage. 'I was hugely impressed with the MLA boxes and am looking forward to using them again and again.'

Flown left and right of the stage were eight MLA Compact, with a further four mounted on the MLX subwoofers, providing frontfill. In fact 11 MLX subwoofers were deployed in an asymmetrical broadside array - nine wide with two reversed to provide cancellation on stage.

'Given the venue and the limitations of the off-site limit it was essential we got as much height on the MLA Compact as possible,' reports Mark Cleator, VME Head of Sound. 'However on-site we were restricted due to the advertising on the PA wings.' But thanks to the ability of the MLA Compact and the Display software, VME were still able to reach 95dB at FOH and hit the rear of the audience area with smooth coverage, while keeping to off-site limits using the hard avoid functions.

Given it was the first year of this festival the line-up certainly did not falter and provided a good mix of local upcoming bands such as PINS, The Sundowners and The Blinders to name a few, alongside veterans such as Nick Heywood, The Coral and headline act The Sugarhill Gang.

The success will hopefully not stop there either as Rick Lees, director of Cotton Clouds Festival describes. 'We were delighted with the Martin Audio equipment supplied to Cotton Clouds Festival this year. We had so many compliments on the sound from both attendees and artists. Off-site levels were recorded below 65dB which is incredible considering the volume and clarity on site. We'll certainly be using Martin Audio in the coming years, as we were absolutely blown away.