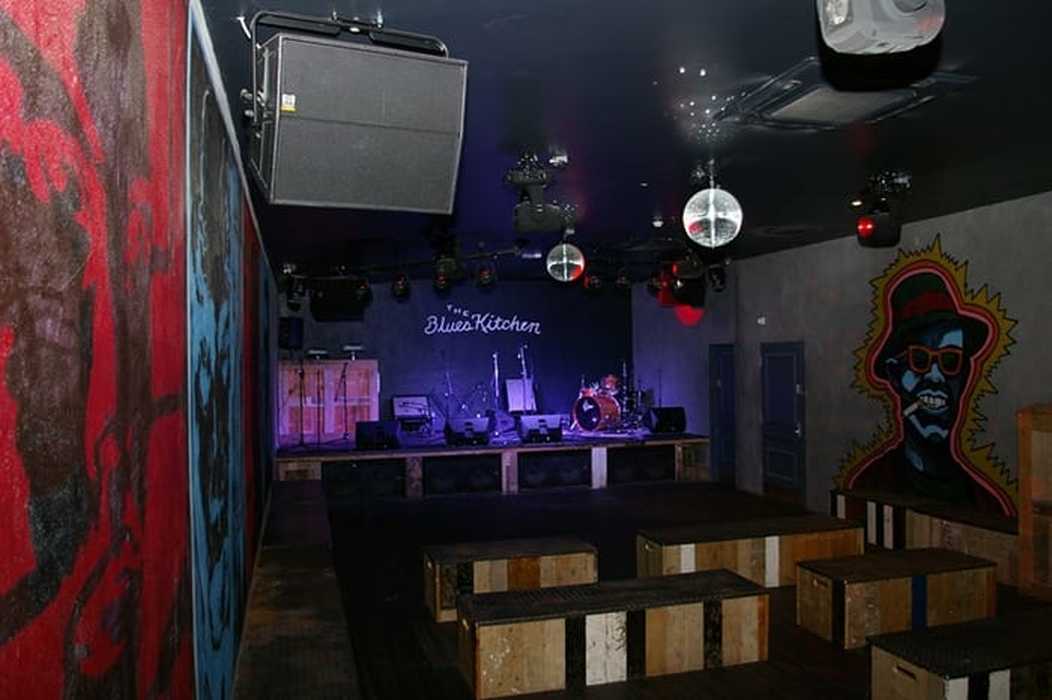 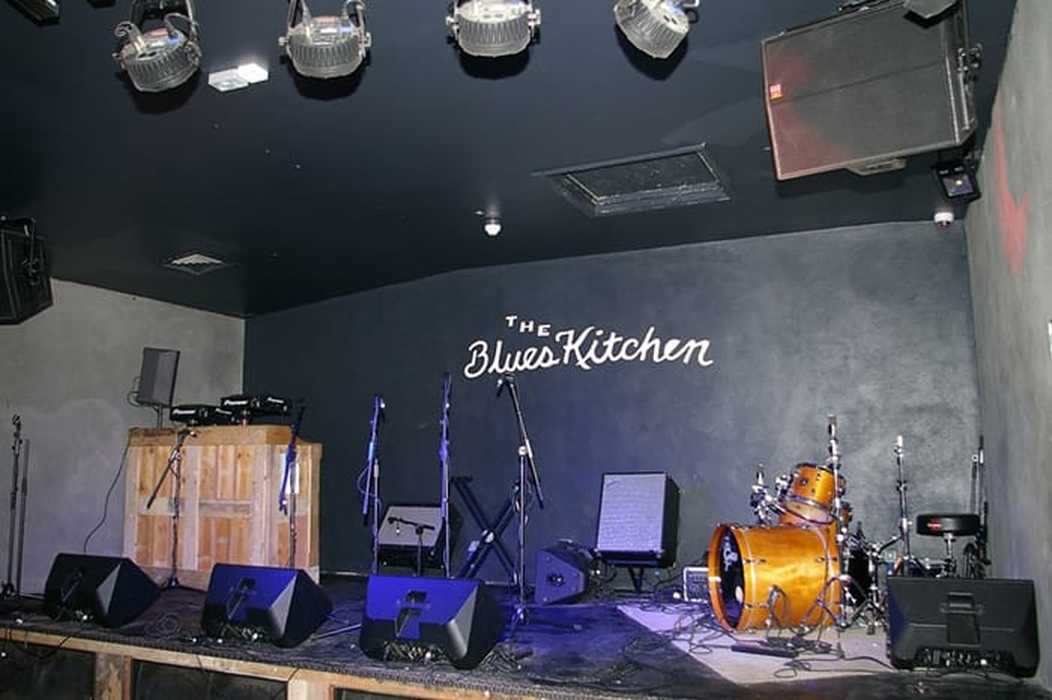 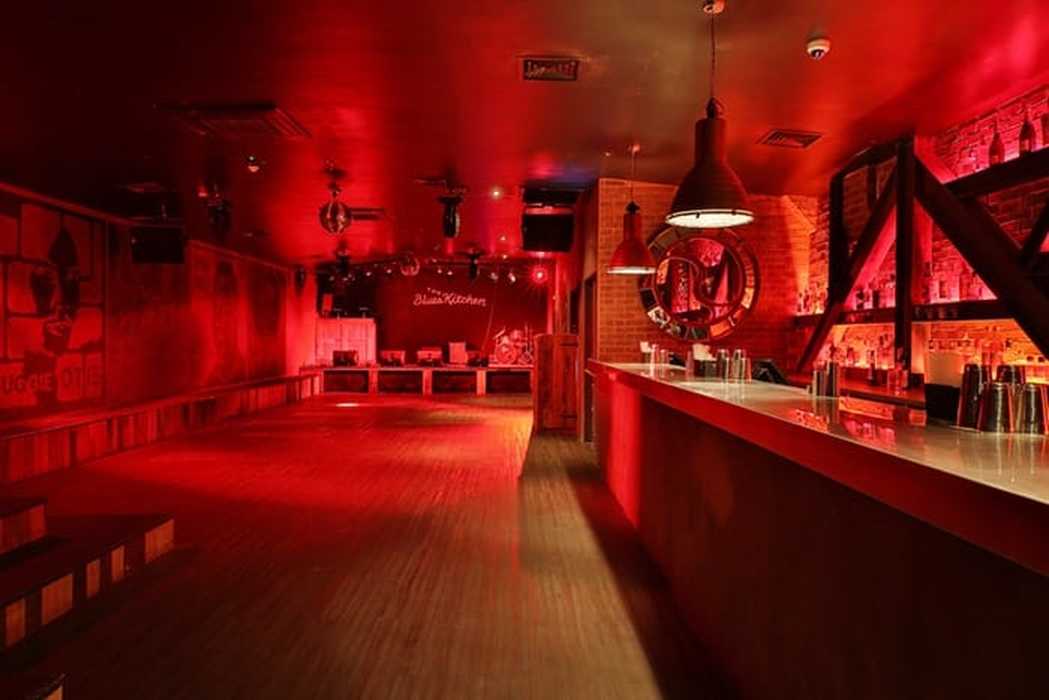 W8VDQ COOKING IN THE BLUES KITCHEN

Middlesex Sound & Light (MSL) recently completed the latest in a long line of technical fit-outs for the London-based restaurant and nightclub operators, the Columbo Group, with the opening of the latest Blues Kitchen Brixton.

At the same time it extended both the client's (and MSL's) relationship with Martin Audio sound reinforcement - a regular go-to solution for MSL project director Darrel Olivier, who had also specified the brand at its predecessor, Blues Kitchen Shoreditch.

This time, faced with live music stages on two floors (instead of one), he opted for Martin Audio's compact and hybrid W8VDQ, run in biamp mode, for the main first floor stage in the 650-capacity venue (formerly the popular Electric Social).

The system combines line array and differential dispersion technologies to provide even coverage, and meets the operators' requirements for a higher specification in order to encourage established promoters and bands to use the venue, according to creative director, Liam Hart.

'We have a really good relationship with MSL,' he stated. 'We have worked with them for around five years and they have always specced our venues honestly. I also know Martin Audio is a brand I can trust - since attending shows during my university days in Liverpool, this was a name I was constantly seeing on the PA's.'

With numerous venues, including The Nest, XOYO, Paradise, Blues Kitchen Shoreditch, Paradise, Cat & Mutton, The Old Queen's Head and Phonox under their belts, the Columbo Group has wide experience in providing sound systems for both bands and DJs alike. In addition to retaining some of the existing equipment from the previous set up they have also invested heavily in soundproofing in Brixton to ensure there is no sound escape into the neighbouring houses.

According to Darrel Olivier, the sound system at The Blues Kitchen, Brixton needed to serve both purposes - switching between the presets on the Soundweb London DSP.

Upstairs, a pair of flown W8VDQ are complemented by four WS218X, twin 18in subs, recessed under the stage for its seven-nights-a-week operation. Two thirds of the way back are a second pair of delayed W8VDQ, strategically aimed to provide infills and maintain even pattern control.

With such a market leading live sound portfolio, what had steered Darrel Olivier in the direction of Martin Audio's hybrid speaker? 'I conducted a system demo at a site in Brighton - and was massively impressed with it,' he exclaimed. 'It sounded perfect for live music but also produced a great dance sound for the DJ sessions. The W8VDQ's don't have a huge footprint which was vital as the aesthetics are important to the brand.'

Downstairs in the bar/restaurant is a smaller stage. And here the sound is delivered via Martin Audio's new CDD installation series, using Coaxial Differential Dispersion technology. Olivier has specified eight CDD8 (8in) speakers and three CSX112 (1 x 12in) direct radiating subs. Further CDD5's can be found in the toilets - and the whole system is driven by Powersoft amplification.

With a high demand on I/O count MSL has set up a 24 x 24-channel routing matrix in the DSP to allow any source to be distributed to any zone in the venue, with Soundcraft digital consoles forming part of the specification on each floor.  MSL also made a generous provision of plug-in points, enabling iPods to be used at will, as well as providing all the stage production lighting.

But according to Liam Hart you can't build a business on the live music programme alone and as with the previous two venues, Brixton's Blues Kitchen will offer Texan BBQ, and a huge selection of bourbon.

'We want to be known as more than a big gig space; we want [the clientele] to fall in love with the space and come back regardless of who's playing. We want them to have a love affair with the venue.'

Nevertheless the music will remain faithful to its roots, and incorporate blues, R&B, soul and reggae. 'The Martin Audio PA delivers a fantastic sound - particularly the delays. We have received great response - our audiences couldn't be more positive about it.

'In fact with multiple bands and DJs the operation is running seamlessly, with a simple switch between the system presets enabling our resident soul band's sound engineer to plug his show file into the sound desk without the need for a soundcheck."