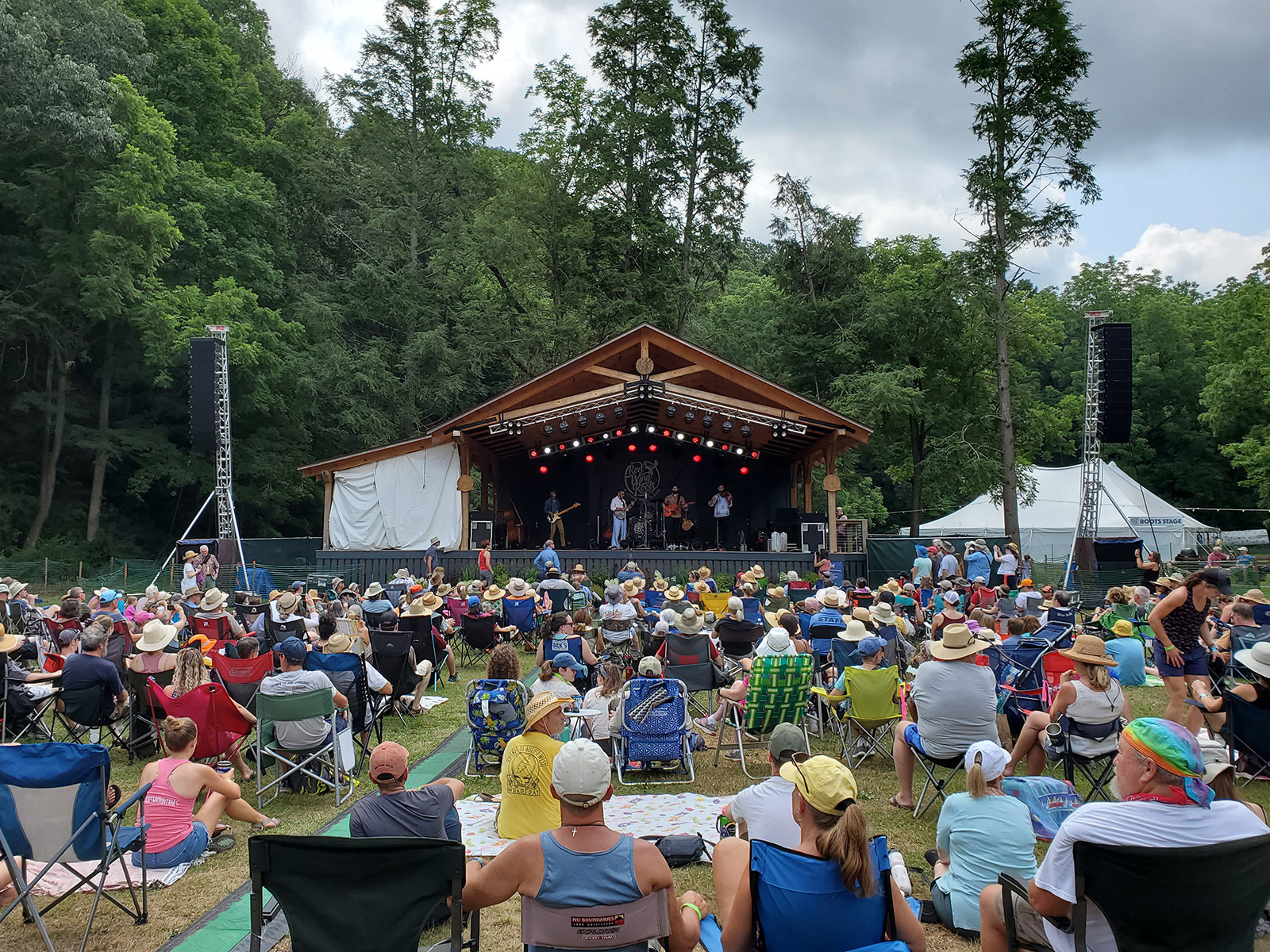 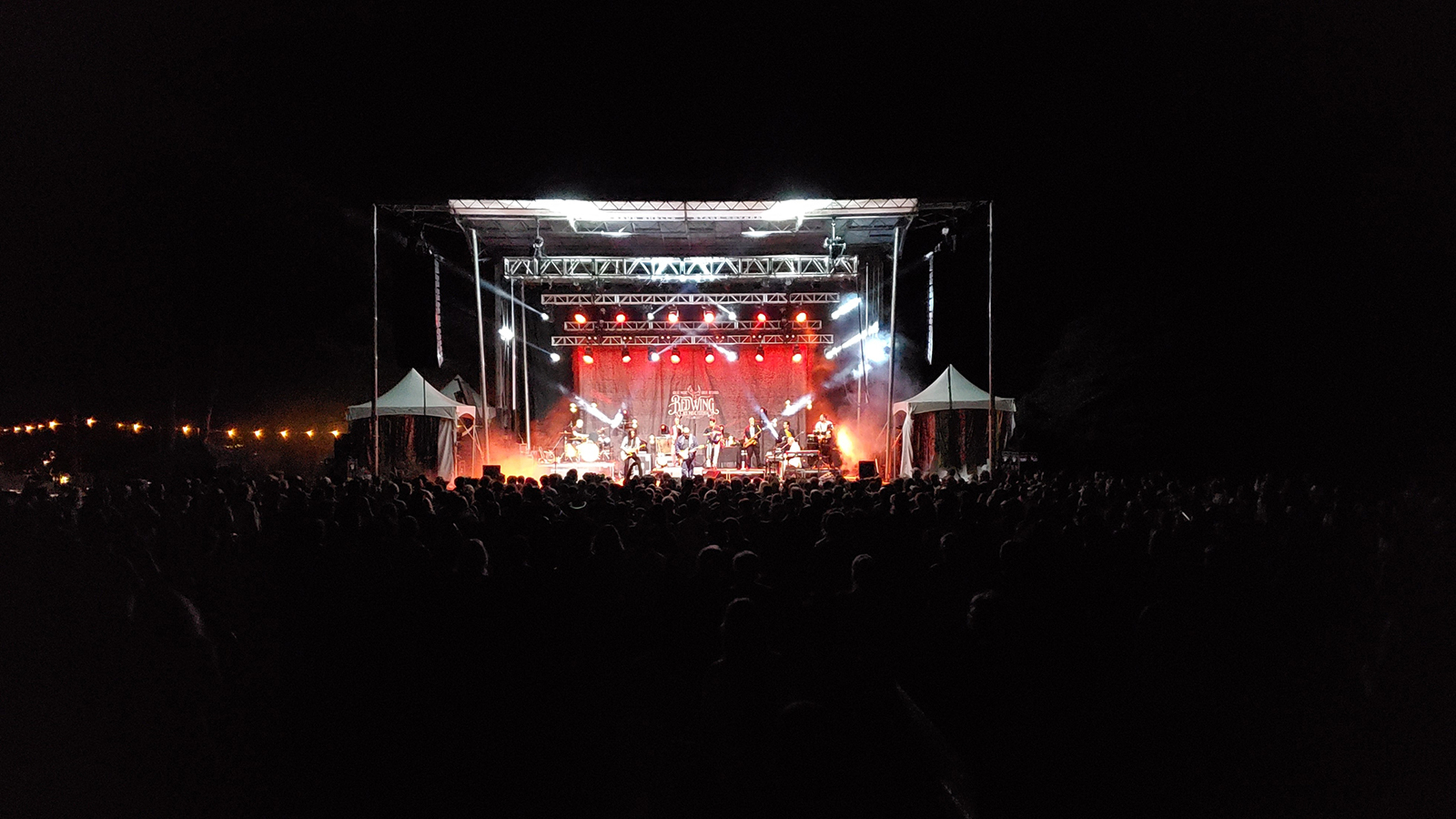 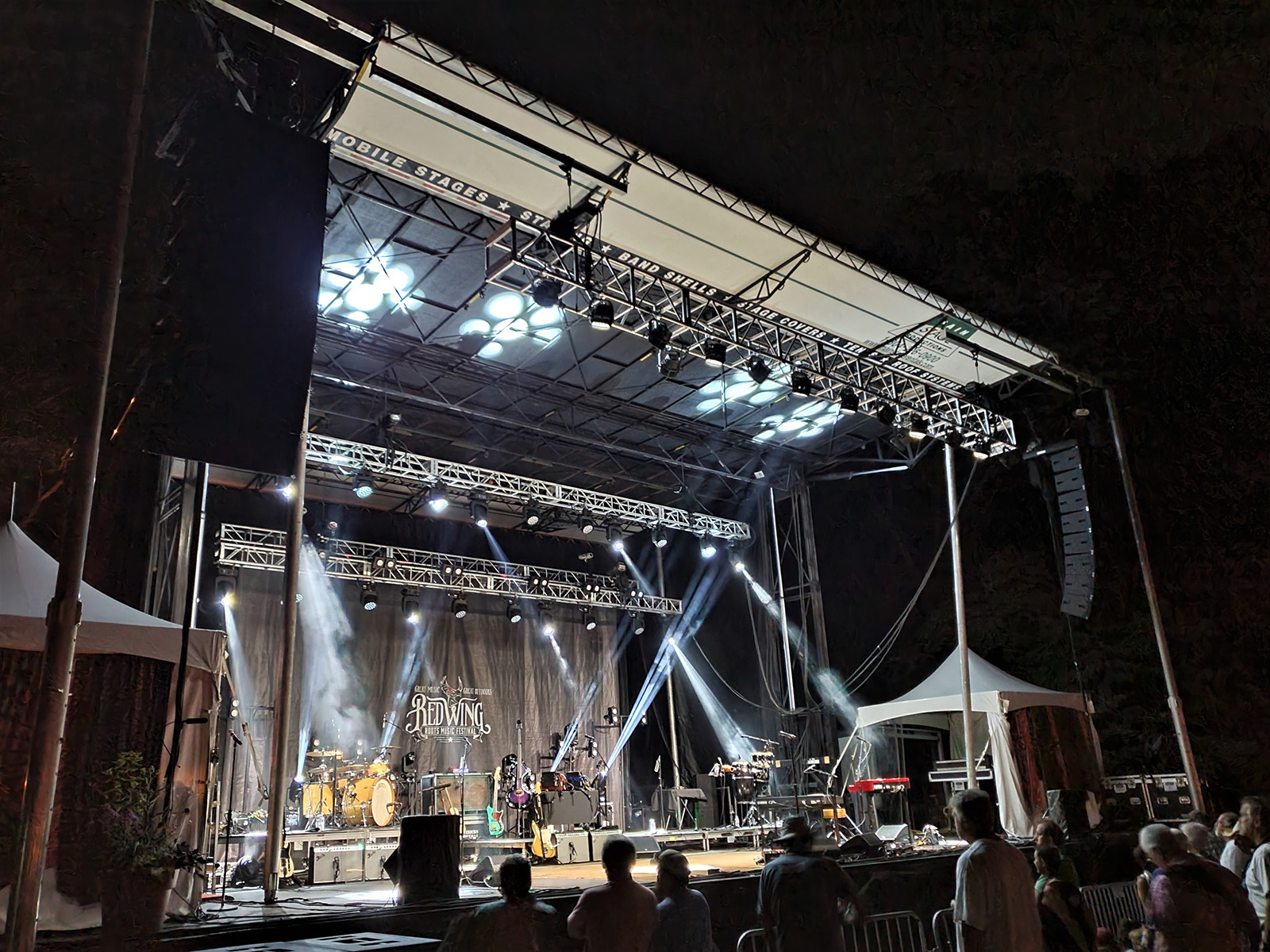 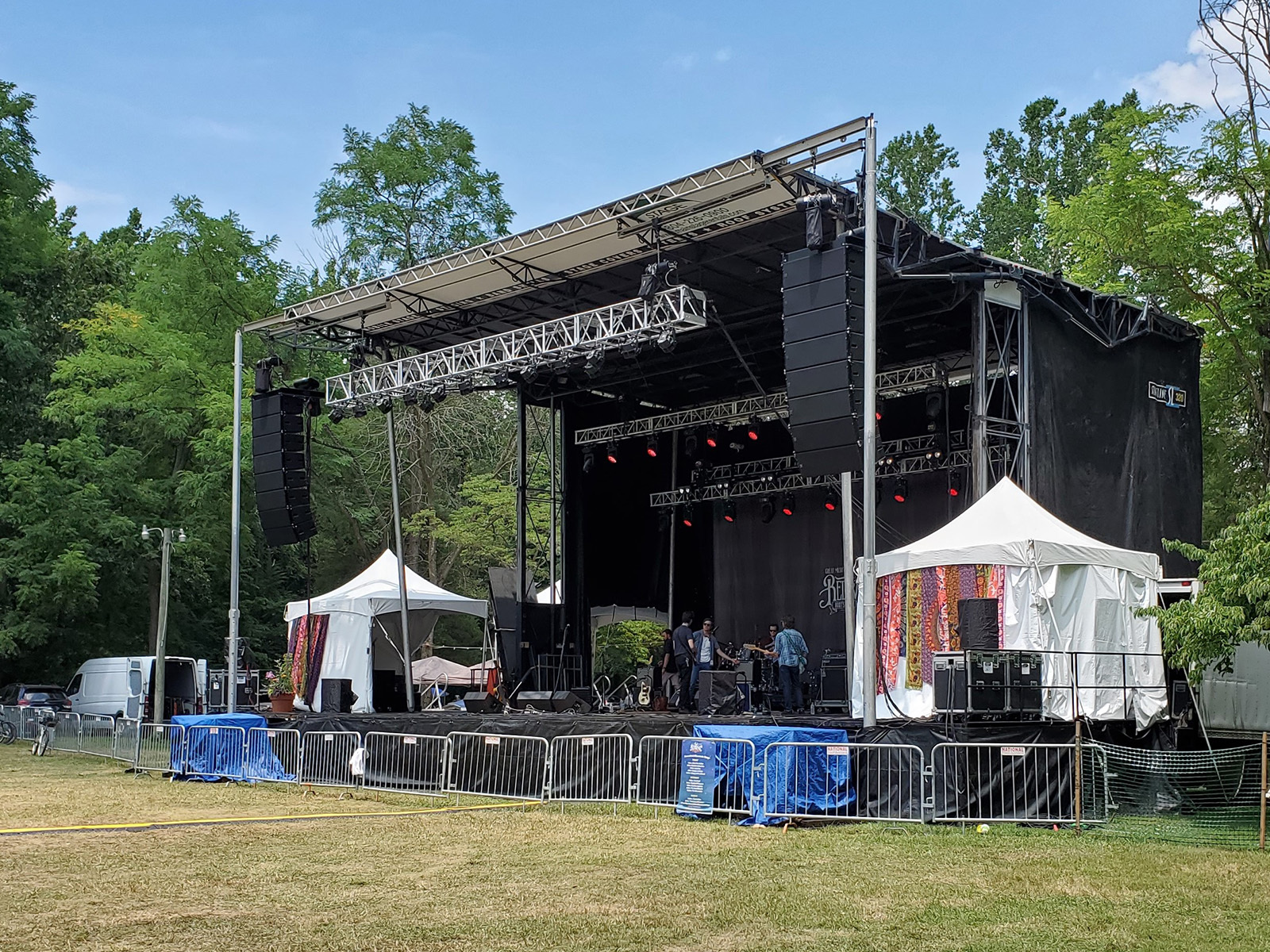 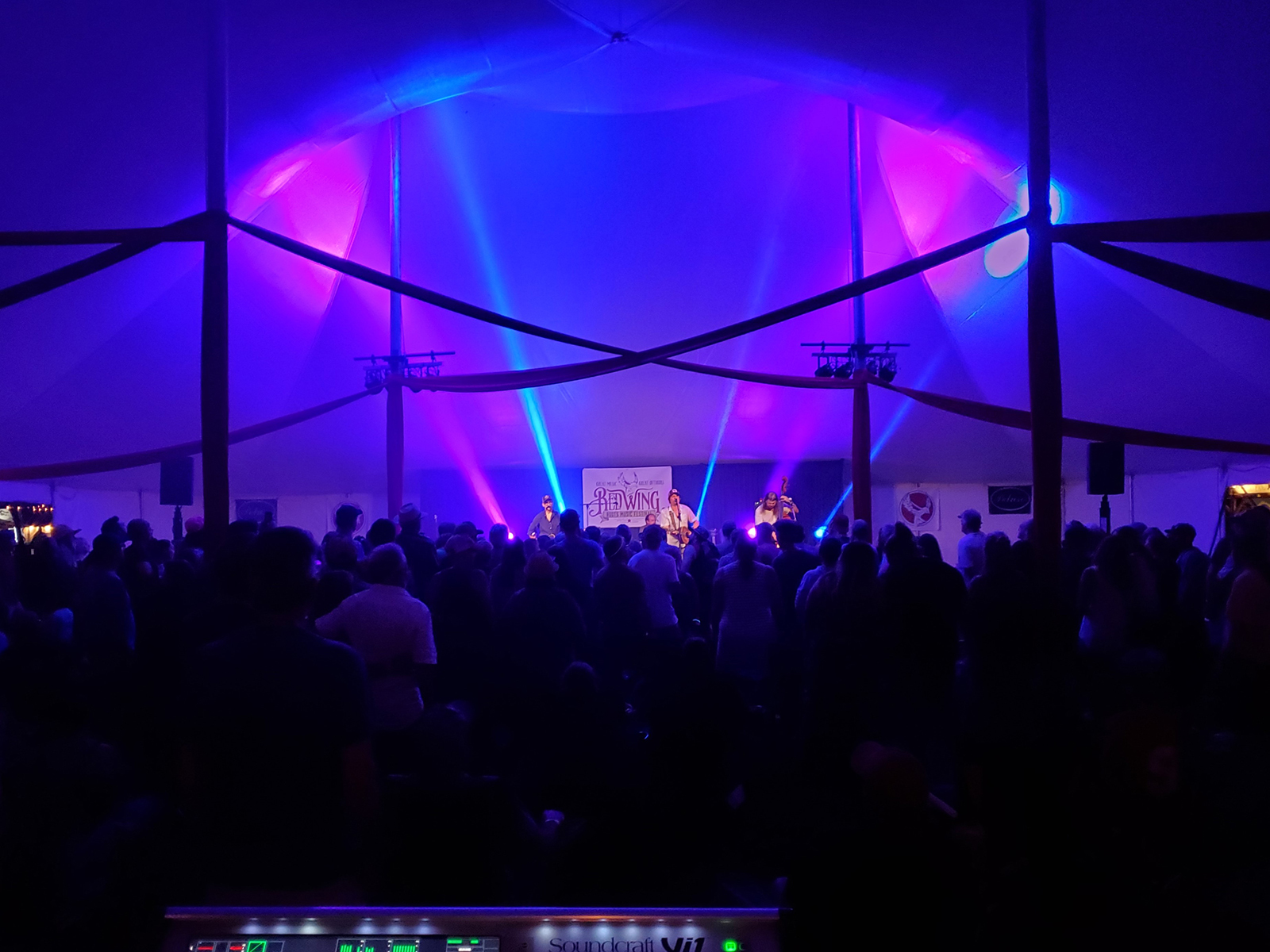 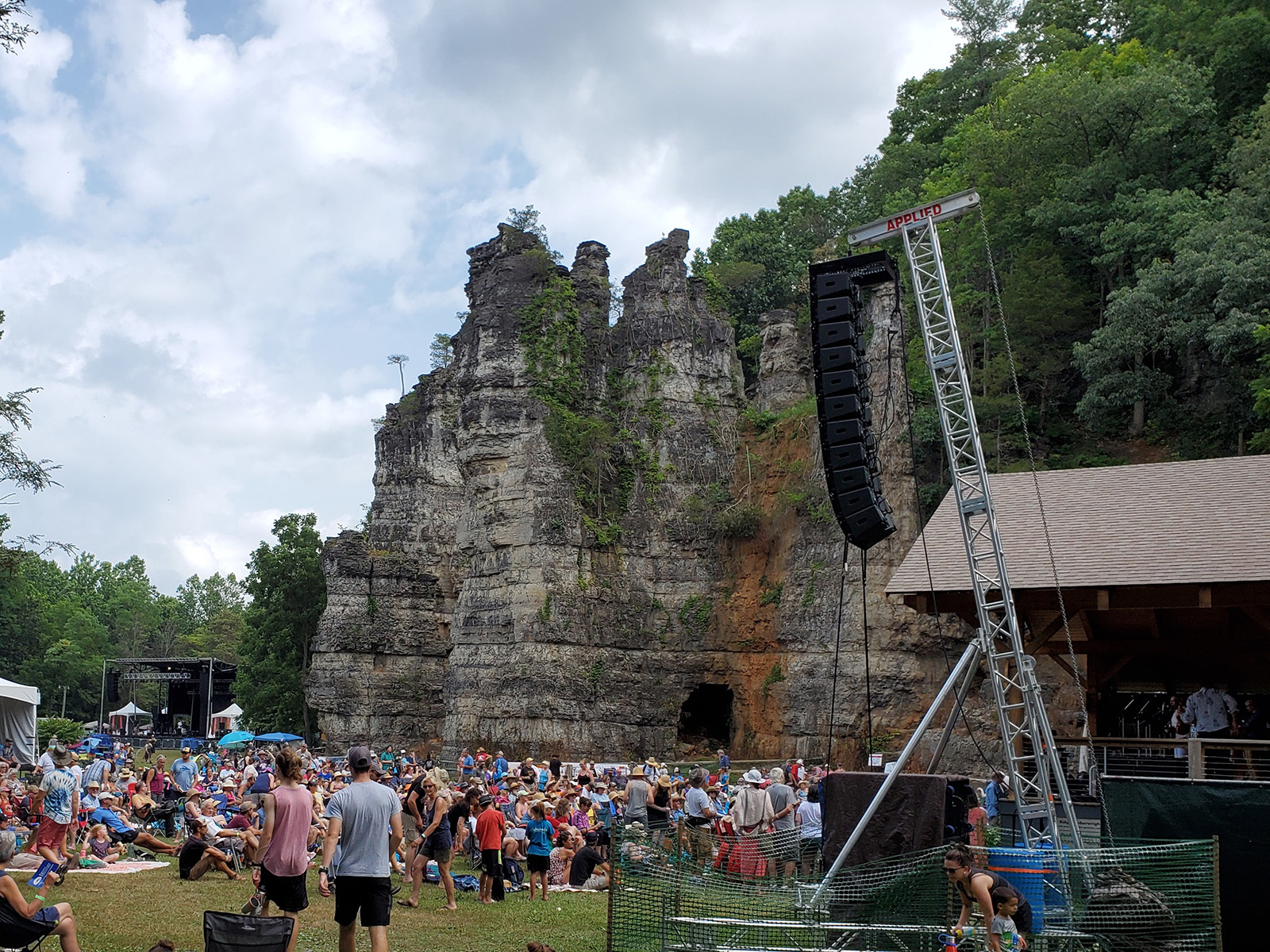 Martin Audio rental partners, Southard Audio, have been providing audio services at this five-stage event since it began in 2013 (providing technical support for the four stages). The festival, which is attended by around 4,500 people, is a collaboration between Black Bear Productions LLC and The Steel Wheels—the latter a nationally touring band, who perform throughout the US, with many of the members living nearby in the Shenandoah Valley.

Southard Audio have a long relationship with Martin Audio systems, and business partner, Jason Misterka, was in no doubts why he wanted to redeploy the large, scalable Wavefront Precision line array system that had proved such a success last year, and which was recently accoladed with the Queen’s Award for Innovation. “When we originally purchased WPL, one of the most interesting uses for me was with acoustic music,” he said. “We provide for many of the country’s premier folk and bluegrass festivals, and Martin Audio’s WP speakers give us another good tool for that job.

“While it is relatively easy to amplify a ‘typical’ pop or rock band with a few vocal mics and a lot of DI boxes, it is much more difficult to amplify a band with all acoustic instruments and 12 or more open mics, and to bring that up to show volume for a large audience.

“If we use the system’s ‘Hard Avoid’ feature to limit sound from the main array bleeding onto the stage [as they did here] the artist’s monitor level often decreases and the mics sound cleaner, not to mention a major improvement in gain-before-feedback. It just makes life easier.”

At Red Wing, the two main stage audience areas overlap, with many at the back of one stage rotating their chair to watch the other stage. The presence of the actual chimneys in the park creates a visual centre between the two main stage set-ups.

The Blue Ridge Timberwright Stage featured 22 of Martin Audio’s smaller WPS modules (11 a side) mounted to Applied LA12-25 towers, with six SHX218 subs in cardioid configuration and a pair of further WPS for front fills.

The WPS system was added to Southard Audio’s inventory in 2020, as Jason Misterka explained. “We are now able to utilise all the features of WPL at events that don’t need the same SPL, or do not have the infrastructure to support a system of that size.”

Chris Davis created the DISPLAY optimisations for both WP systems, doubling as the system tech and FOH on the Blue Ridge Timberwrights Stage, while Misterka took on FOH duties at the Shenandoah Mountain Stage.

“Cardioid subwoofers at the Roots Stage were vitally important,” he emphasised, “as they would otherwise be heard during sets at the Shenandoah Mountain Stage. We have typically created a cardioid sub array there, however, this year we used the Martin SXC118 cardioid subs with excellent results. They complement the CDD-LIVE 15 perfectly as well.”

As to the reaction from visiting techs, Misterka observed that “All seemed pretty happy with the result. At a festival, you often don’t get much time to soundcheck, if at all.So the PA needs to be pretty neutral and should ideally come out of the gate sounding like your headphone mix.”

Trent Wagler, from host band The Steel Wheels, added his own praise about the quality of the sound. “There has been consistent feedback from artists and fans that the sound quality at our festival is of the highest calibre every year. I attribute that, generally, to the expertise of Southard Audio in the real time audio engineering field, but it's important to recognise that it all starts with choosing the right tools for the job.

“From talking to fellow performers, I've only heard comments such as, ‘everything sounds great.’ Much as artists can sometimes be given credit for the amazing job the sound tech is doing, so Southard deserve credit for some of the magic the Martin Audio system delivers in audio coverage.”

But the final word about Wavefront Precision comes from Jason Misterka. “Everything was great in terms of sound.If it could slow down time or do office work, it would be even better!”