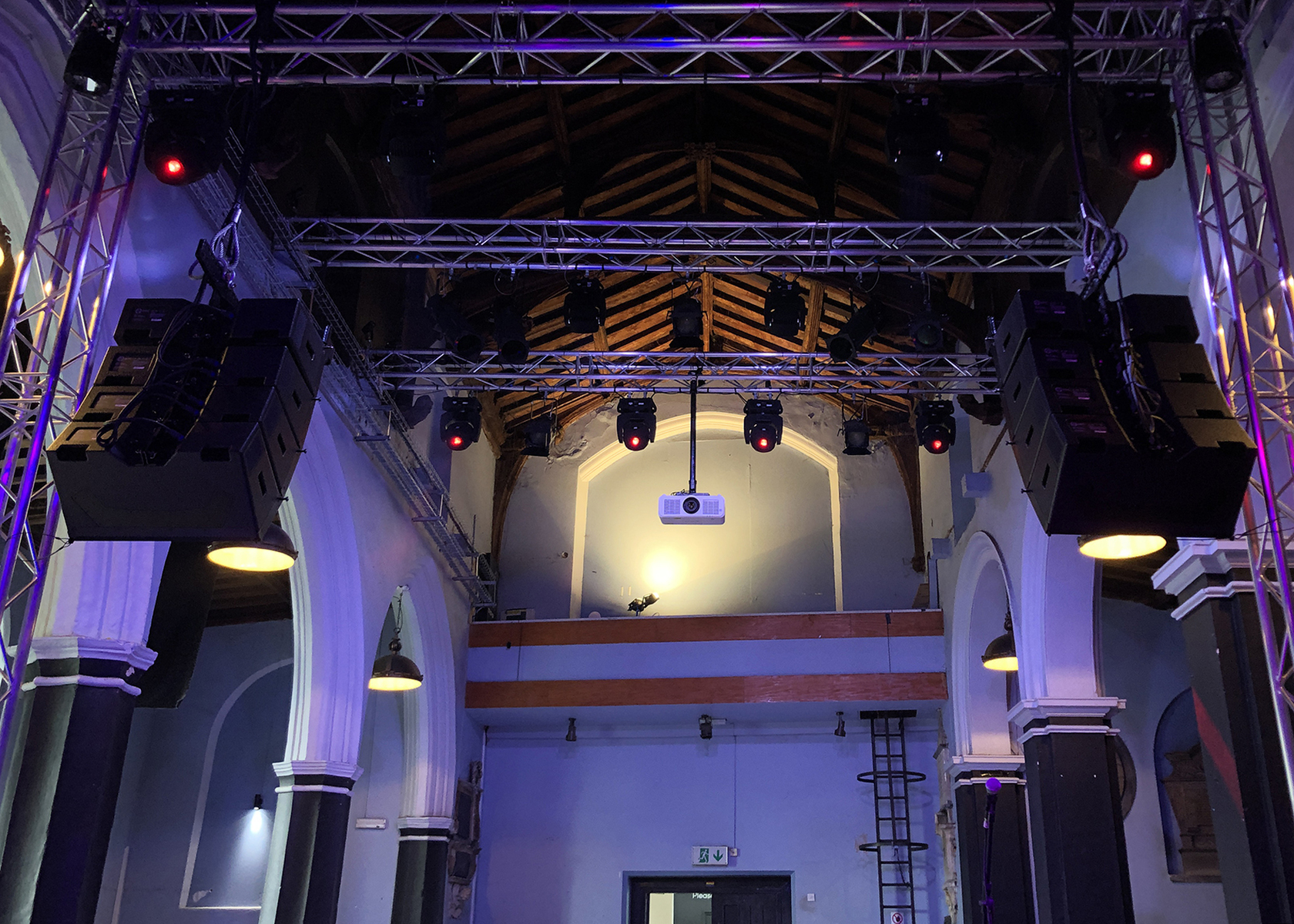 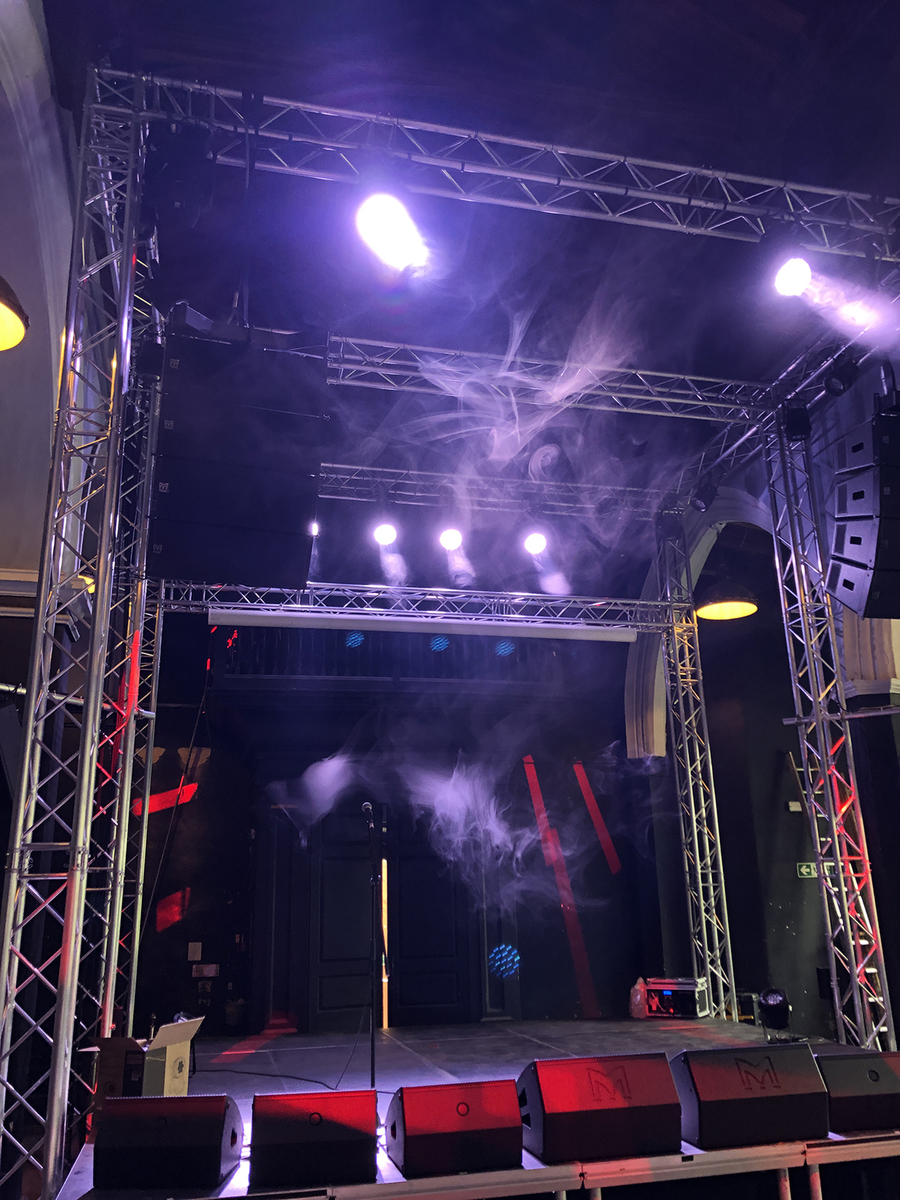 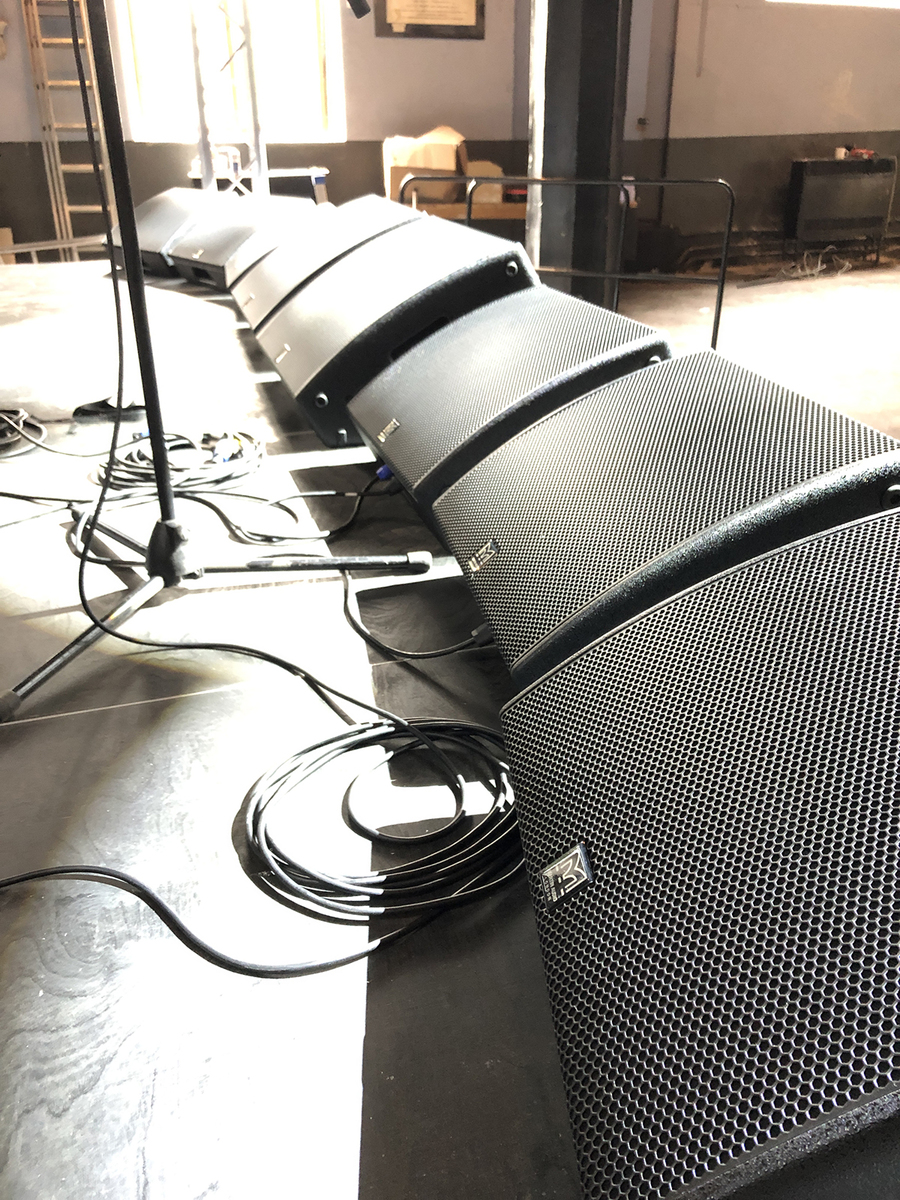 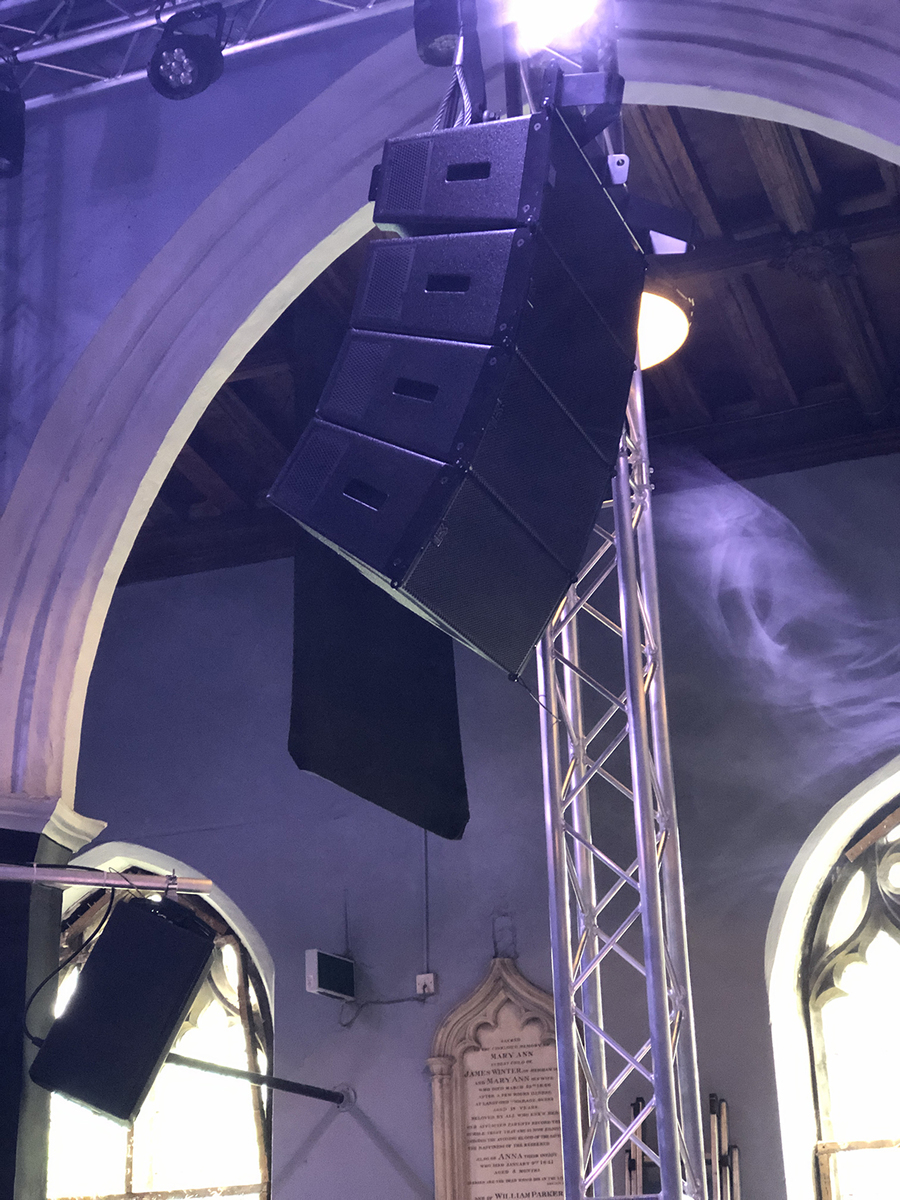 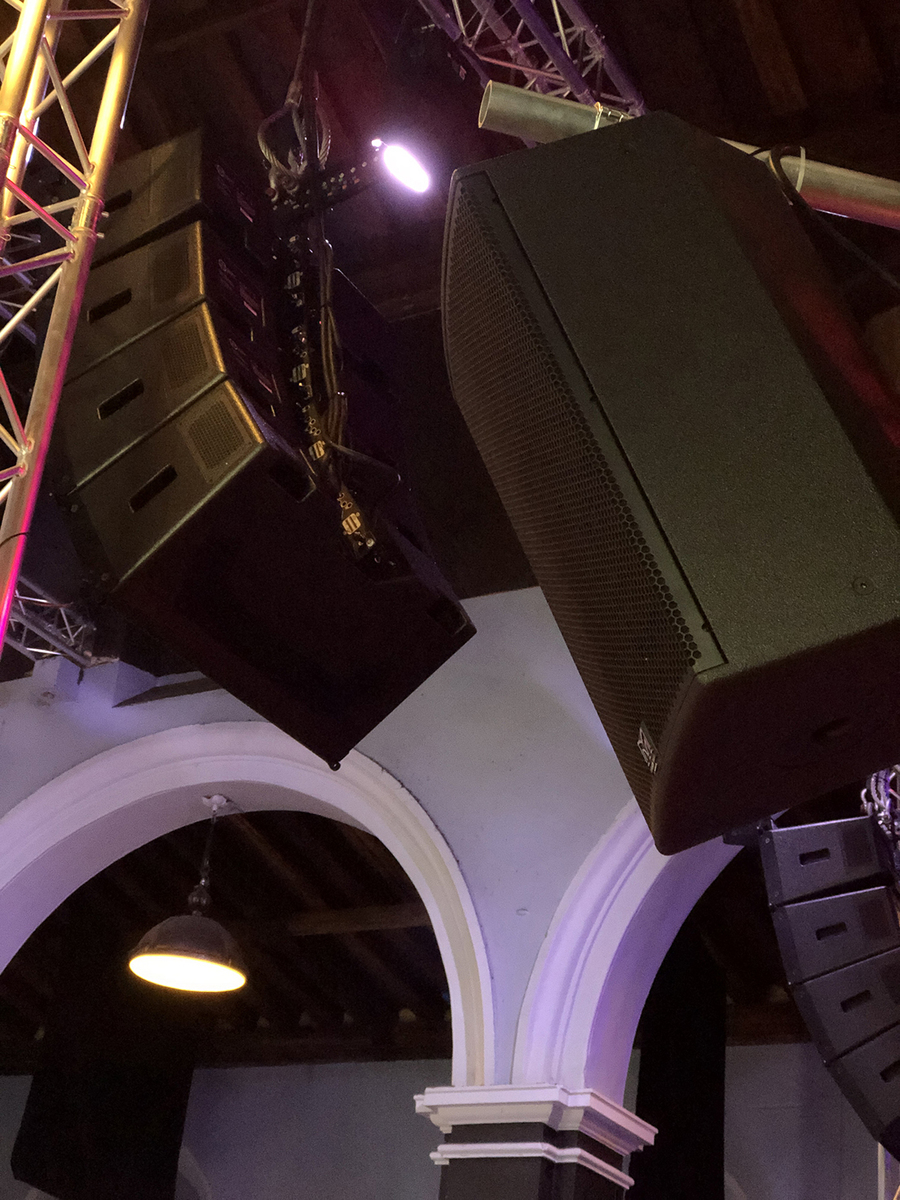 Situated in St. Swithin’s Church, the origins of which date back to the 15th century, the Norwich Arts Centre has undertaken a complete regeneration of its facility after being awarded £499,000 funding by Arts Council England.

Not only has it transformed the venue’s accessibility and carbon footprint, but its upgraded audio visual infrastructure, courtesy of Old Barn Audio (OBA), extends the success of Martin Audio’s state of the art Wavefront Precision series. This will give new impetus to the Centre, which hosts a live music programme alongside, theatre and art gallery, and help place it on the touring circuit.

This 40-year-old, independently run venue says its mission is to support the development of artists and nurture emerging talent across a range of art forms and honour the legacy which has seen them help start the careers of such giants as Ed Sheeran, The Stone Roses, Nirvana, Savages and Kate Tempest.

OBA were first contacted 18 months ago when the facility, which already ran Martin Audio wedge monitors, floated the idea of an upgrade to the company’s director and project manager, Phil Clark. He duly scheduled a site visit where he acknowledged that the PA and lighting systems they had been runningwas largely a mismatch of disparate components.

“They wanted a state-of-the-art and rider-friendly PA because although it is not a big room, the capacity was being extended to 350 in order to place them on the touring circuit,” he said. However, he was aware that as a listed building everything had to be free standing, and so he designed a six-leg truss system not only to support a new audio and lighting system but offering the capability of being able to fly trapeze artists too.

As the facility wanted to remain with the Martin Audio brand, OBA first arranged an A-B comparison between the Wavefront Precision Mini (WPM) and Wavefront Precision Compact (WPC) systems. “The WPM sounded really smooth as we knew it would, and they were extremely impressed,” said Clark. “But then we fired up WPC and they instantly said, ‘no, that’s the one we want’. The extra weight of sound was incredible and so they opted for the bigger solution.”

OBA’s system design features four WPC per side in a L/R hang in 2-box resolution, with three SXH218 subwoofers set under the stage in a broadside array. A pair of Martin Audio XD12s, flown off the truss, provided side of stage fills on each wing.The speaker complement was completed with six of Martin Audio’s classic LE100 wedges supported with a pair of LE200’s. The entire system was powered by three Martin Audio iKON42 and an iK81, all managed via the dedicated DX4 system processor partly over a Dante network. These formed the centrepiece of a highly specified audio package including Soundcraft FOH console and an array of state-of-the-art microphones.

In addition to the PA, video, truss and 3-phase power, OBA also installed a sensitive LED lighting package along with new ECO dimmers to illuminate and highlight the vaulted ceiling, which dates back to around the mid-15th century. With an impressive height of 12m from floor up to the ridge plates, this has again been opened up and exposed for the first time in 40 years.

In closing, Phil Clark said, “In addition to providing the level of PA they were seeking, I believe the other reason we were awarded the contract was because we were sympathetic to the building, helping to expose its natural features while installing a modern infrastructure—a contemporary upgrade mixing the very new with the very old. Being able to produce renders of the system design and entire building was the major selling tool and took our tender to the next level.”

Confirmed Technical Manager, Alex Unstead, “Old Barn Audio did a great job with the installation,first removing the old rig, which was always going to be a daunting task. As with this kind of project there were changes made throughout and it was great that they were able to accommodate these as it was important to get the aesthetic right for the space.

“When Old Barn Audio brought in the Martin Audio WPC system for testing we were very impressed with the depth and clarity it offered.At Norwich Arts Centre, we needed a system that would cater for a diverse range of artists so we needed something both flexible and powerful.Old Barn Audio were great throughout in helping us achieve the best possible outcome.”