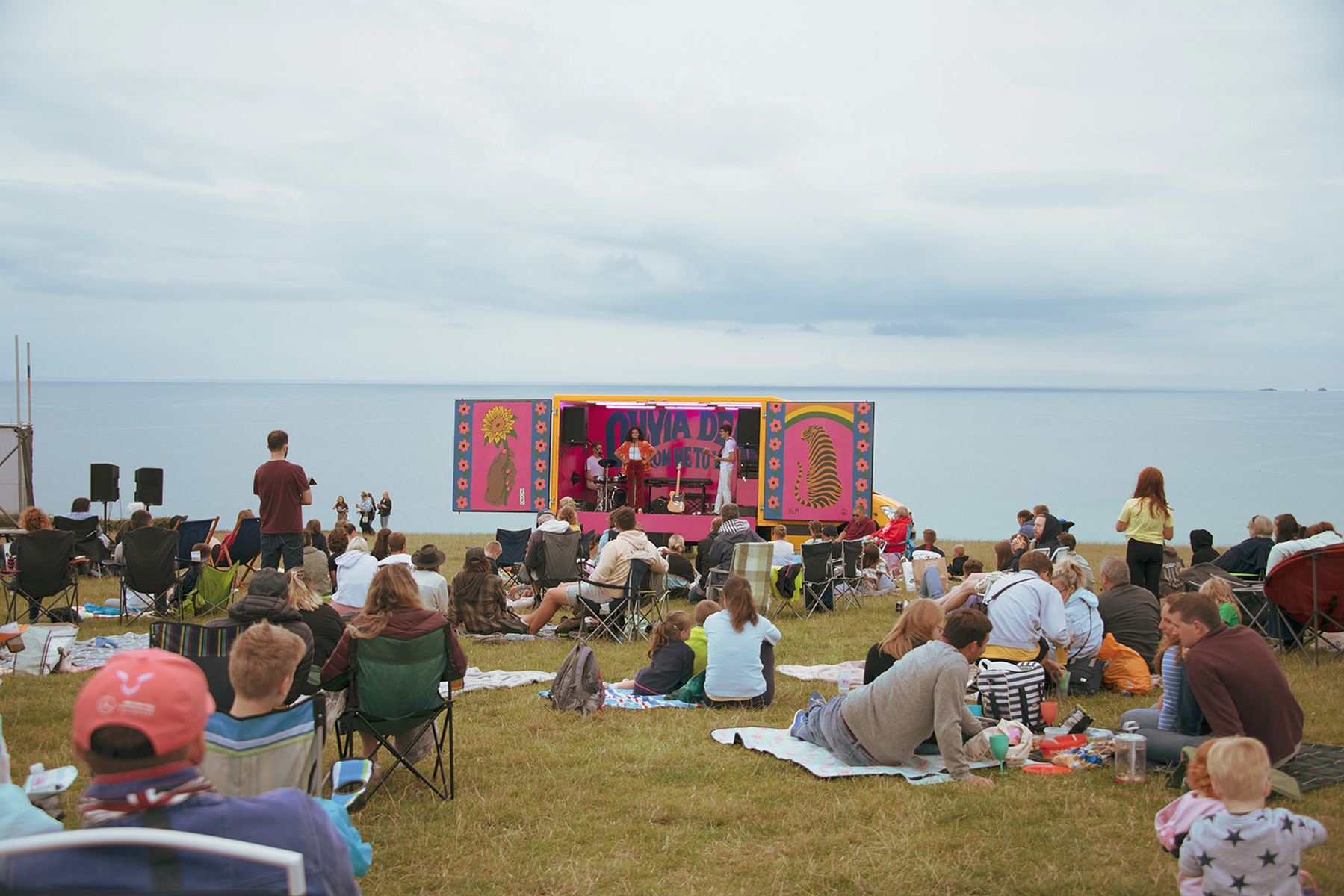 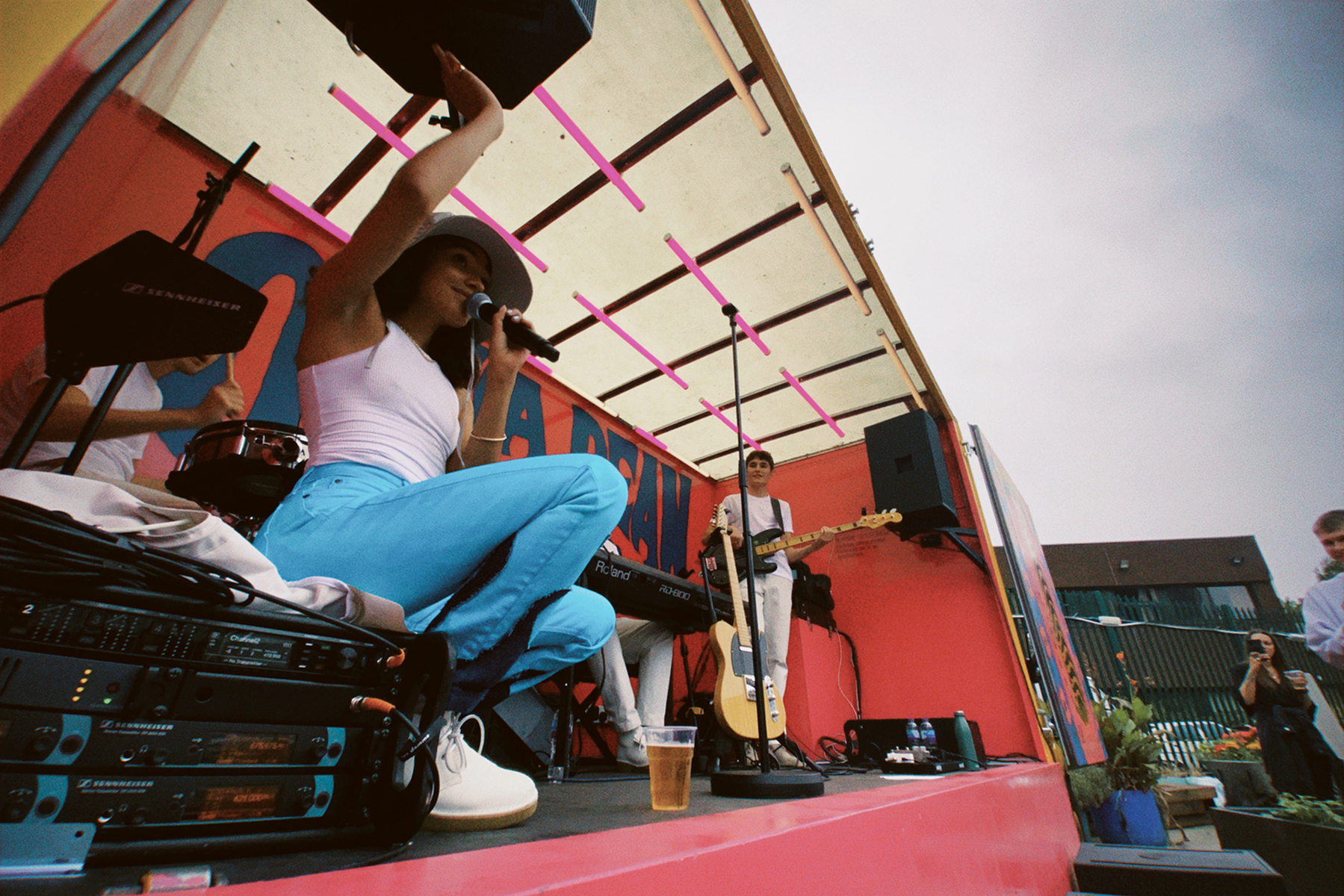 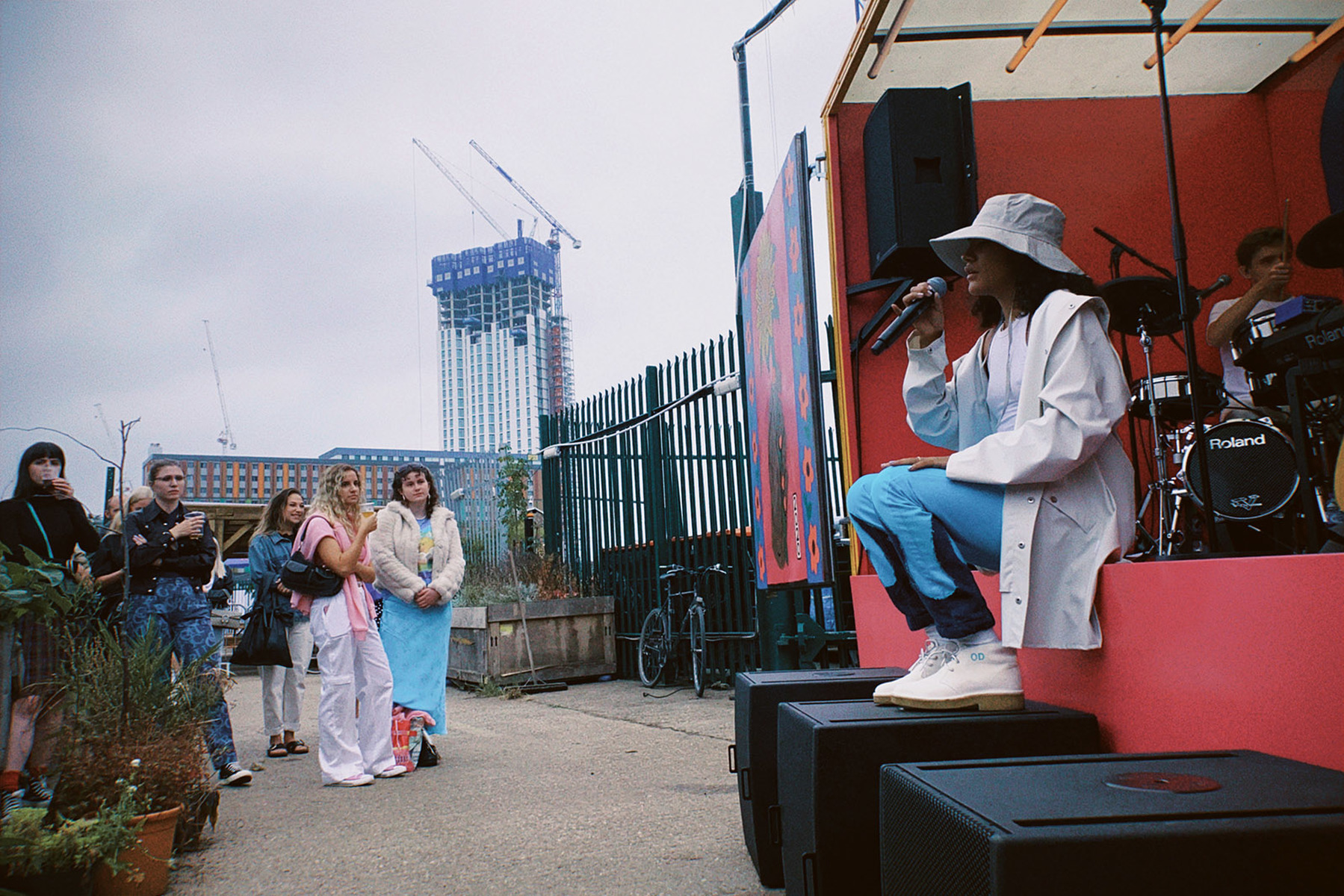 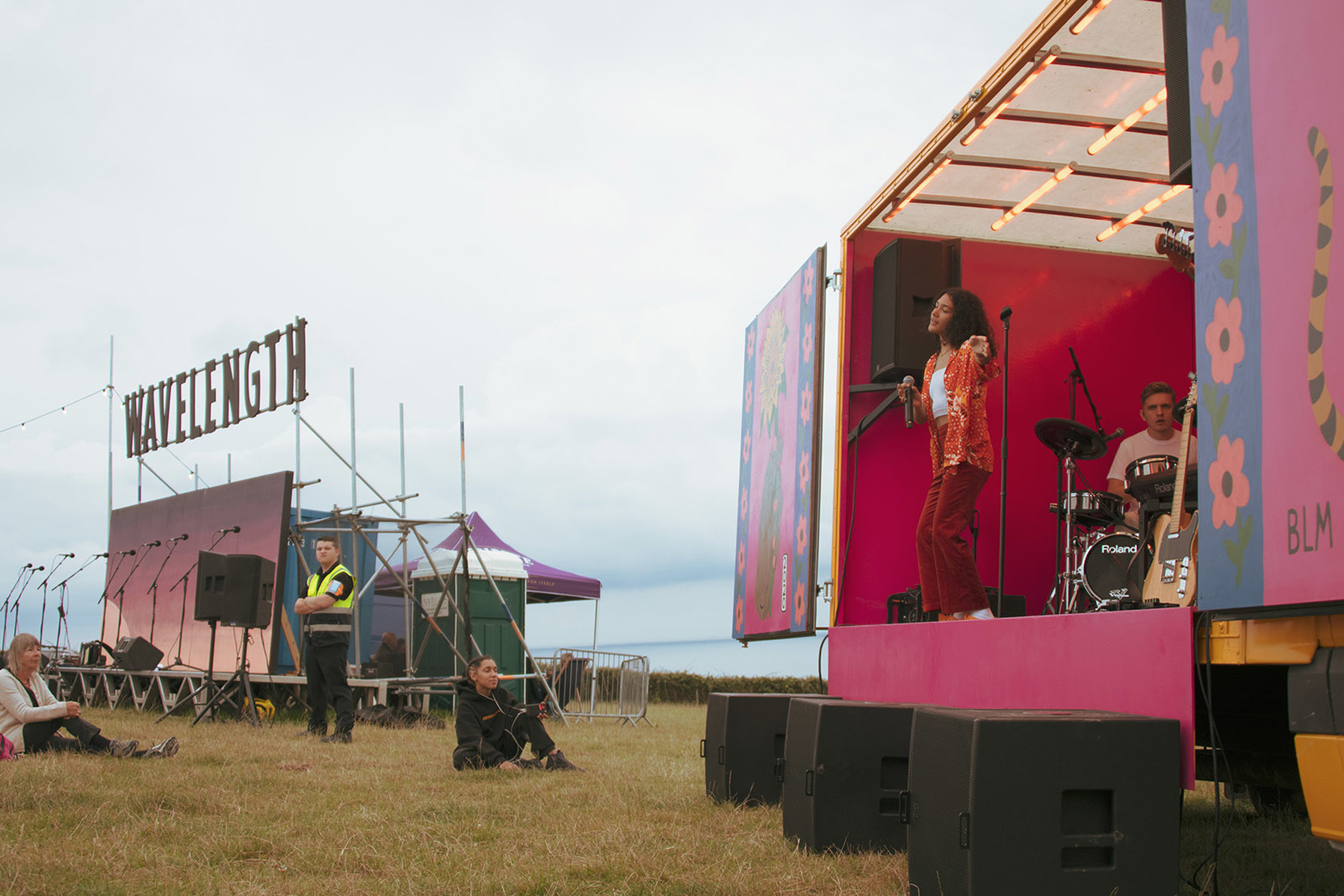 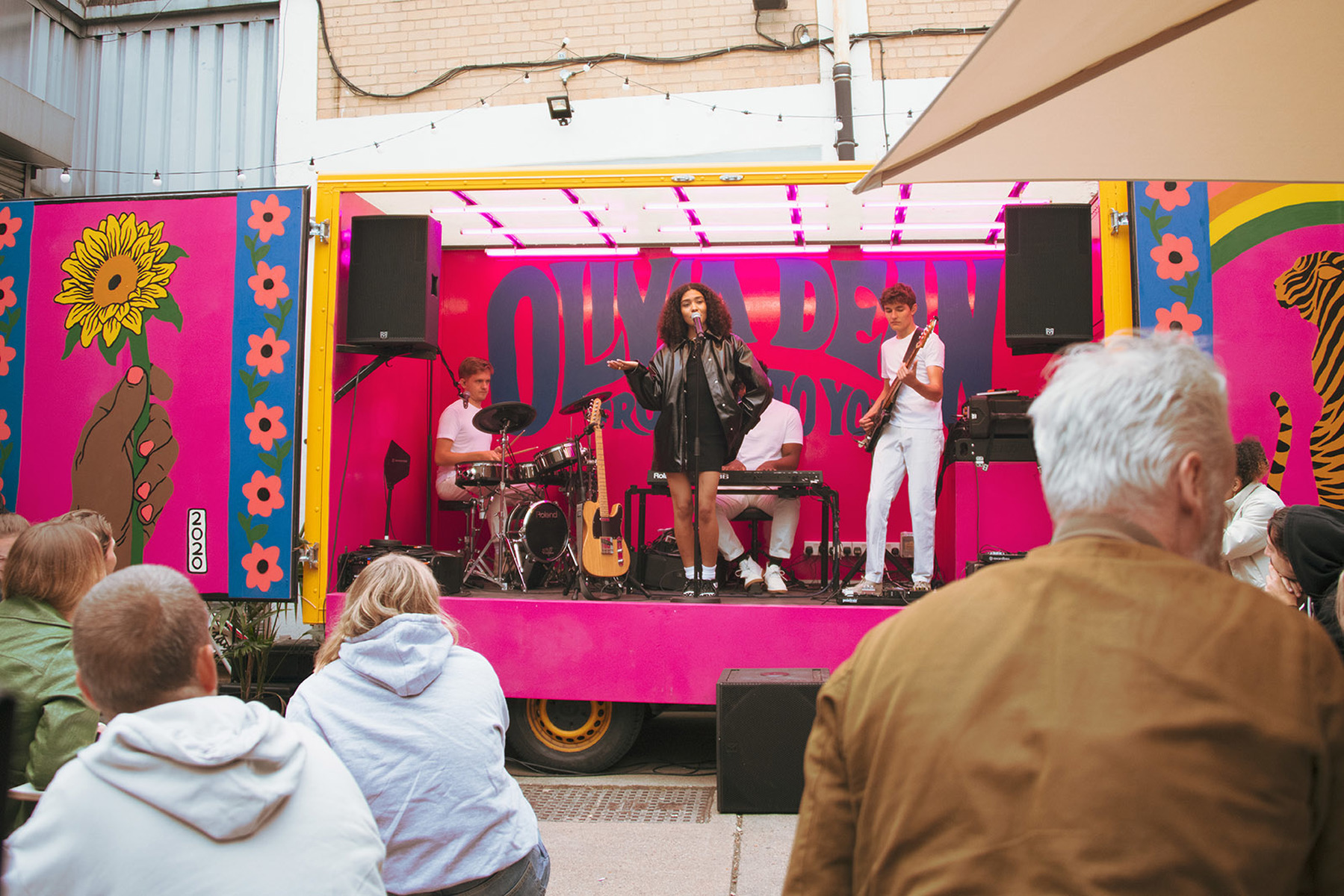 A unique Luton van conversion for singer-songwriter, Olivia Dean, featuring a Martin Audio sound system, has enabled the East London based recording artiste to tour her local area during the Covid-19 lockdown.

Conceived by Olivia Dean and Emily Braham, with the help of Rob Sinclair and tour manager Andrew ‘Wilkie’ Wilkinson (of Sinclair Wilkinson) the ‘From Me To You’ truck tour has been arriving at some unusual outdoor locations to help promote Olivia Dean’s new album of the same name.

The Martin Audio rig has been supplied by Wales-based CS Audio Ltd. Wilkinson had met the sound hire company’s MD, Paul Hatt, on the Clean Bandit tour, for whom the latter had been handling monitors and providing the audio control package.

The XD15's and PSX subs throw a surprising distance which was really helpful on some shows that had the audience spread out so far. The sound quality was great too, everything was crystal clear even when pushing the system; a nice tight low end as well.

As well as mixing monitors for other high profile bands, for the last four years he has also operated Martin Audio PAs increasingly in his hire inventory. “We bought MLA Mini and grew the stock from there because I was so impressed. We do a lot of package control and monitor systems so we added 12 XE500 and 12 LE100s.

“For a long time we were just doing small PA hire, but the time came when we needed bigger boxes. Having had a good experience with the MLA Mini we purchased [Martin Audio] WPM and an iK42 amplifier infrastructure which would give us more flexibility of deployment. We then purchased WPS for a series of theatre shows—but almost overnight they were cancelled because of Covid.”

And then along came the unusual Olivia Dean challenge, and he was presented with the old Luton van in which to build the PA infrastructure. “The brief was to quickly provide a compact PA, not too heavy and with a low power draw,”he said. The extremely high output, two-way XD15s with their wide-bandwidth were the obvious choice. “I selected them in case we were unable to use the PSX subs,” he continued. In the event he was able to place three of the compact 15” self-powered Martin Audio subs in front—while the stage was sufficiently large to accommodate Dean and her three backing musicians (drums, bass and keys) all on IEM’s. The sound system’s plug and play preset provided an additional advantage for the sound engineer.

Production had earlier turned to Matt Snowball, who played a huge role in the renovation process and he fabricated custom brackets to mount the XD15s to the sides of the van.

As for operation, FOH engineer, Mat Collis, mixes the show on an iPad and also drives the truck, while tour manager Wilkie Wilkinson controls the lights from an app on his iPhone.

Explaining the rationale behind this unique enterprise, the tour manager stated, “We needed a sound system that would provide coverage for five people in a café, up to 200 people at a drive-in cinema. The XD15's and PSX subs throw a surprising distance which was really helpful on some shows that had the audience spread out so far. The sound quality was great too, everything was crystal clear even when pushing the system; a nice tight low end as well.”

As for Mat Collis, he was able to virtual soundcheck every time. “Luckily I had rehearsals to mix monitors and FOH so we had a good starting point but when we installed everything into the truck there was a lot of noise inside due to it being basically a fibreglass/metal box; therefore, some adjustments were needed. [The speakers’] plug and play preset was ideal for this as I didn't have a lot of time to set up each gig.

“I have to scan RF and check 30 channels of FOH and six channels of RF before starting so anything that saved time was a massive bonus. Everything is electronic including the drums, as the least amount of stage noise the better!”