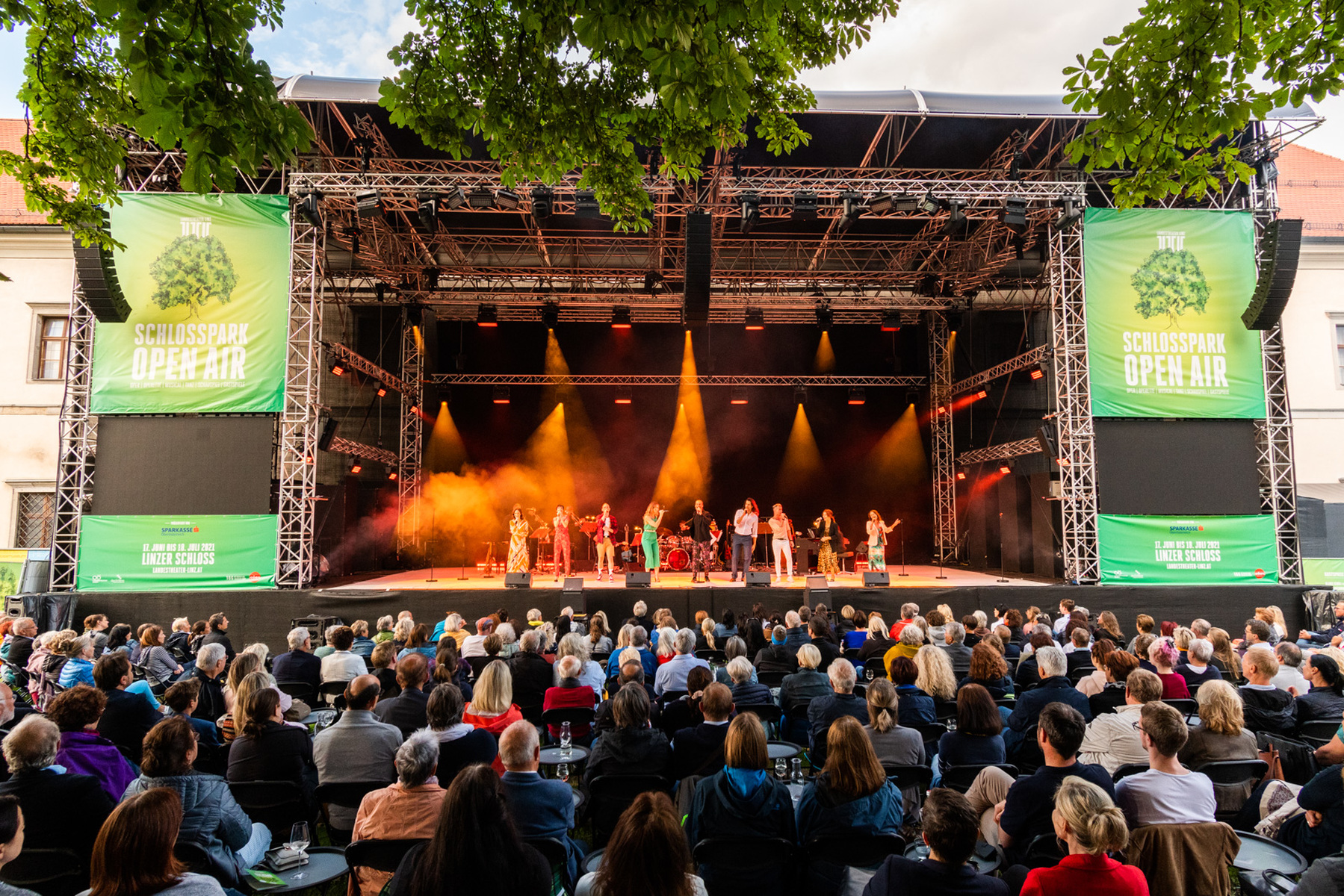 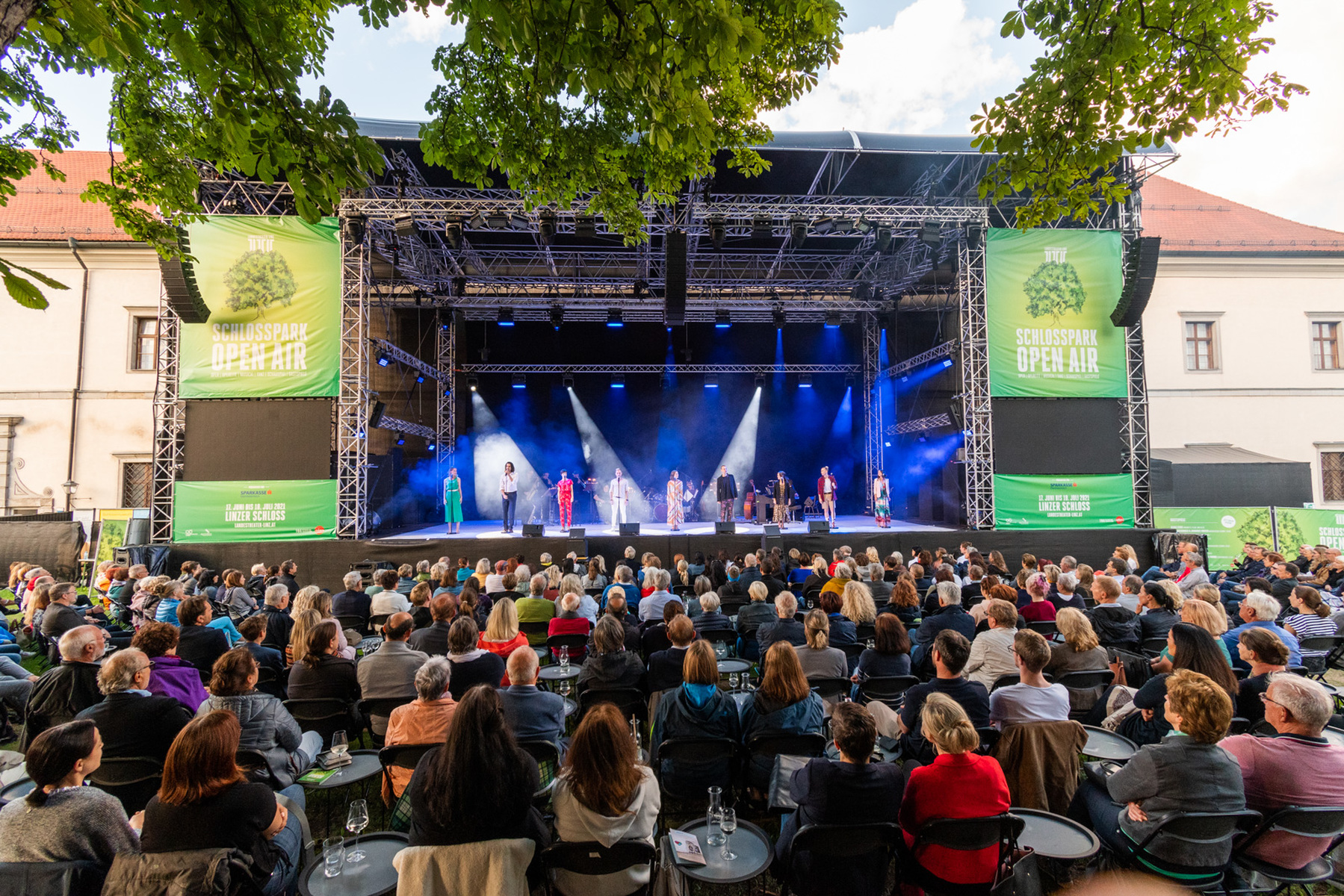 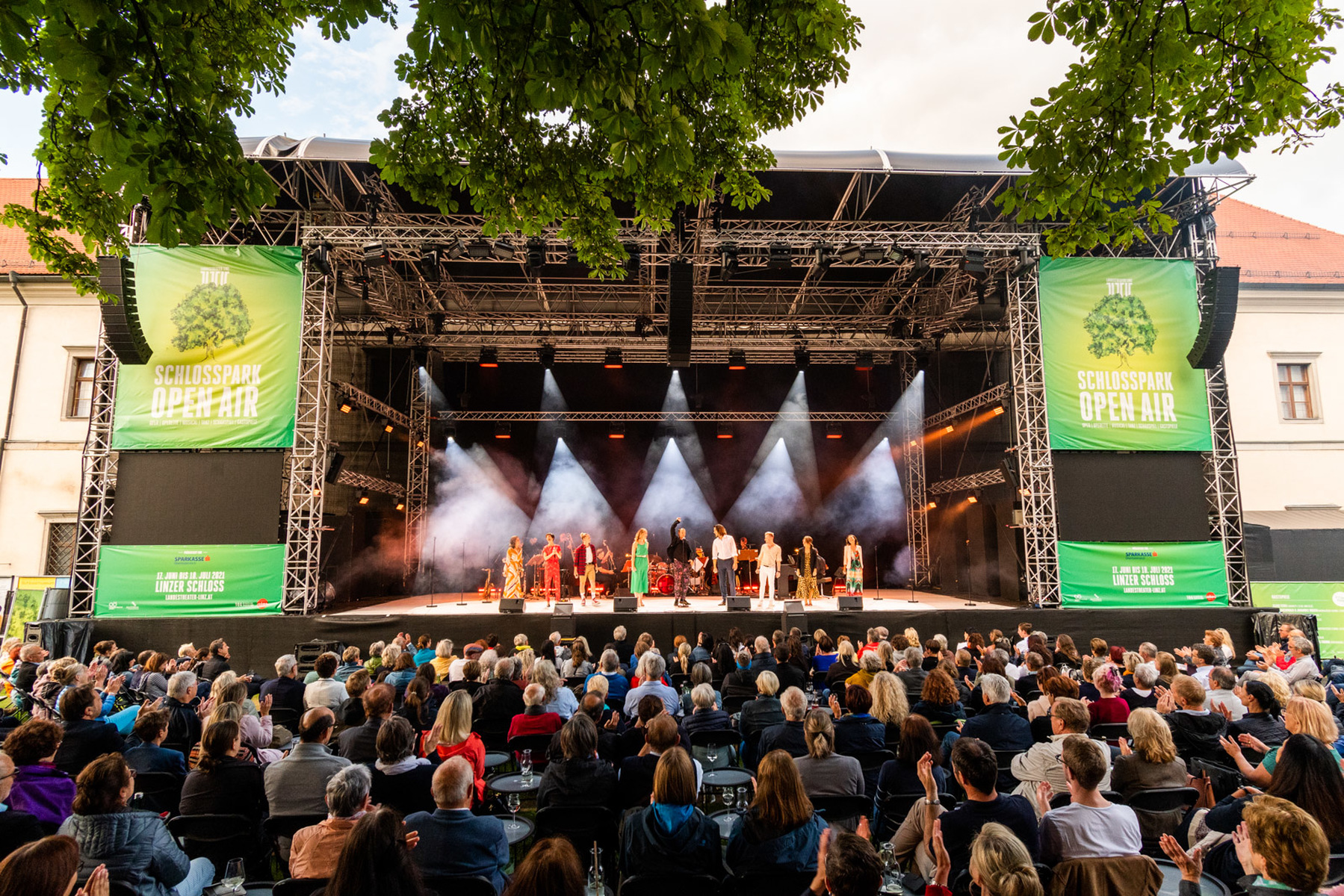 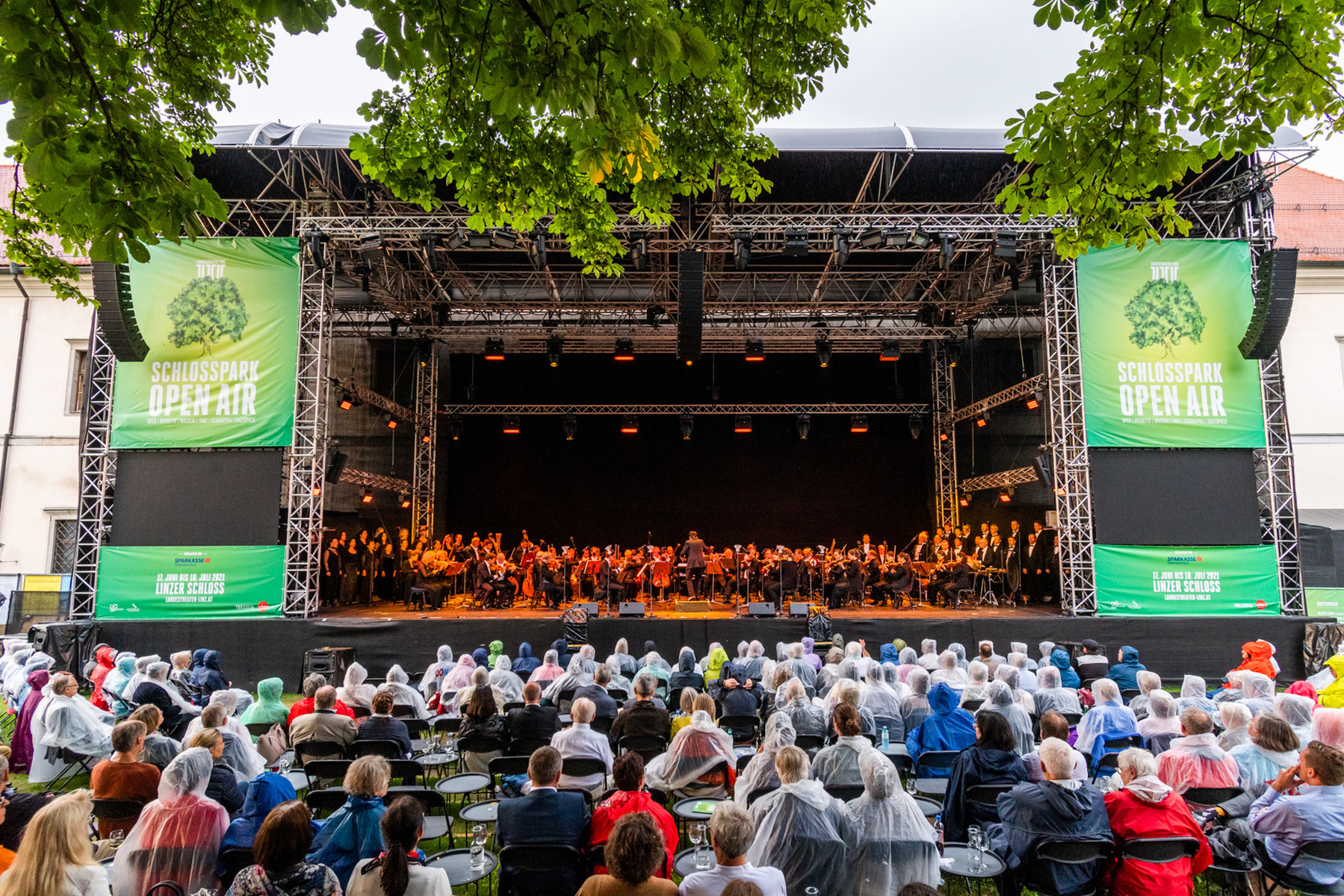 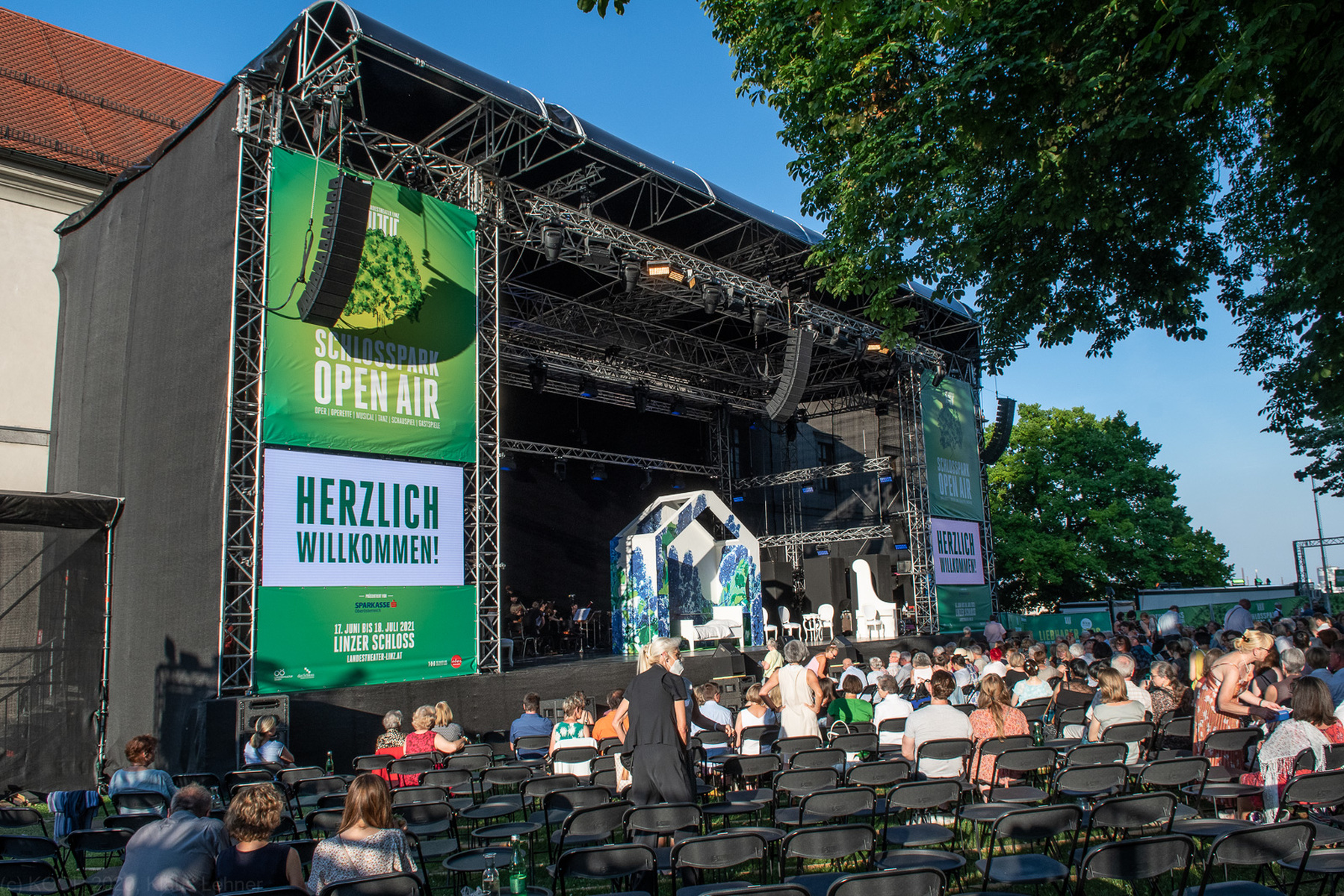 For the first time, Linz State Theater (Landestheater Linz) moved outside in order to beat COVID restrictions for its summer series of opera/operettas, dance, plays and galas. The Schlosspark at Linz Castle provided an impressive alternative setting for the month-long programme in the Austrian city.

With trees and the Castle itself providing the backdrop, the experiment proved to be a big success, as rental company (and Martin Audio partner) Z-VT fielded a large proportion of its Wavefront Precision scalable line array inventory. This advanced platform was recently recognised with the Queen’s Award for Innovation.

The entire staging infrastructure needed to be built from the ground up and recognising that the audience area was much wider than it was deep, Z-VT populated the stage with three hangs of 12 WPM Mini array elements, supported with subs and infills … all driven in one-box resolution from a total of six Martin Audio iKON iK81 amplifiers.

Martin Audio’s Austrian distributor, K24 Technik supported the event. “Z-VT considered three hangs of WPM to offer the optimum solution,” acknowledged K24’s Johannes Stummer, “We wanted 12 cells vertically in each hang for efficiency, using the Hard Avoid feature in the Display optimisation software to contain the sound within the audience area and avoid spillage into the neighbouring areas.”

Social distancing applied, with each pair of seats divided by tables from the next pair, enabling a capacity audience of 630 to enjoy the diverse programme which was designed to provide an even wider scope of art than previously.

There were a number of special guest appearances over the course of the month—from popular acts as wide ranging as 5/8erl in Ehr'nand Franui to puppeteer Nikolaus Habjan, and many brought their own sound engineers. According to Z-VT, “All guest engineers were surprised by the quality of the sound system, remarking on the smoothness and consistent frequency response across the entire audience area.” The same went for production manager Klaus Lehner, who added “Such a result would not have been possible with a standard line array. Processed systems are definitely the future of the pro audio business.”